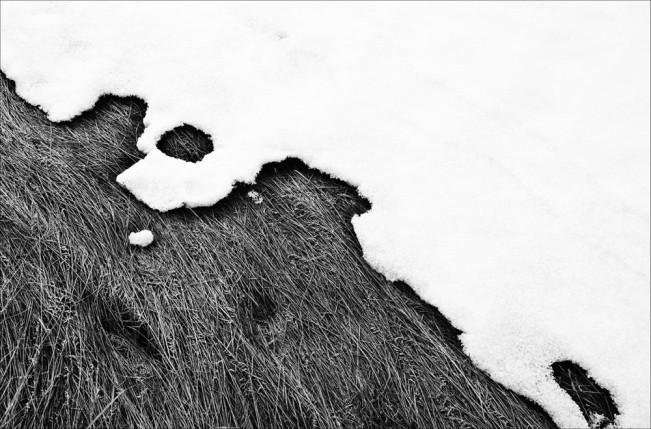 Each year after the PhotoNOLA reviews wind down, the reviewers remain behind and vote for projects that they were intrigued by, moved by, that felt unique and of great quality. This year, the PhotoNOLA Review Prizes went to three photographers and first prize was awarded to Elizabeth Stone for her two projects, Making Tracks from 2011/12 and Skin, Shells, and Meats stared in 2013 and still in progress.. The 2013 PhotoNOLA Review Prize includes a solo exhibition at the New Orleans Photo Alliance Gallery, a cash award, and a marketing consultation with Mary Virginia Swanson.

Elizabeth’s work explores identity and mark making. She combines her study of photography and drawing with digital technology. Before becoming full time artist, Elizabeth earned a BS in Biology. The duality of art and science strongly influences her work and she frequently uses the natural world as a point of departure when considering her own place in the world and the marks she makes. Elizabeth’s photography has been exhibited at the Seattle Art Museum, the Newport Art Museum, the Museum of the Rockies and the Missoula Art Museum in Montana, as well as in galleries around the Western United States. Elizabeth is also an educator having taught workshops and for the Rocky Mountain School of Photography in Missoula, Montana for 18 years. At the beginning of 2012, Elizabeth formed her own photography education company,
Photographer’s Breakthrough, with fellow instructor Tony Rizzuto.

Animal welfare is important to Elizabeth. To raise awareness and funds for homeless animals around the country, she created a collection of artist books called Small Lives with writers Rita Mae Brown, Sissy Spacek and Humane Society of the U.S. President Wayne Pacelle.Elizabeth spends her days and nights in the country outside of Missoula, Montana. Her husband tolerates her obsession with the family animals: three horses, three dogs and one cat.

This work centers around the idea of making tracks, leaving marks, and what is left behind. What is disturbed along the way? Does the grass bend or break? Does the snow reveal a lonely animal or a veritable highway of activity? Which path do we take? 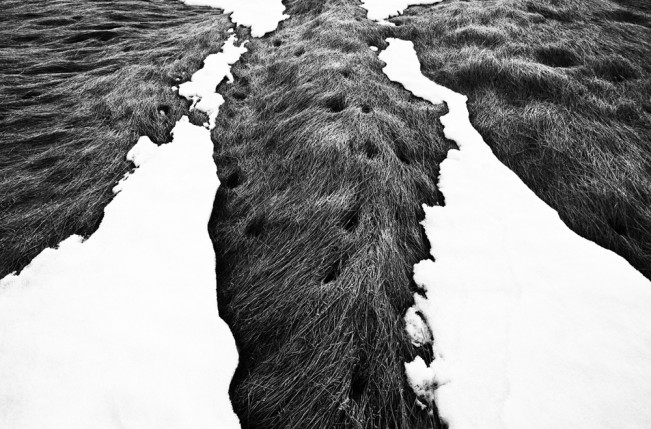 I was drawn to these prints in snow or grass. They became the simplest form of the story of the animal’s existence, their life, the things they leave behind. I print them with heavy black ink and thick cotton paper. I begin to consider my own tracks. What marks do I make? What marks do I hope to make? 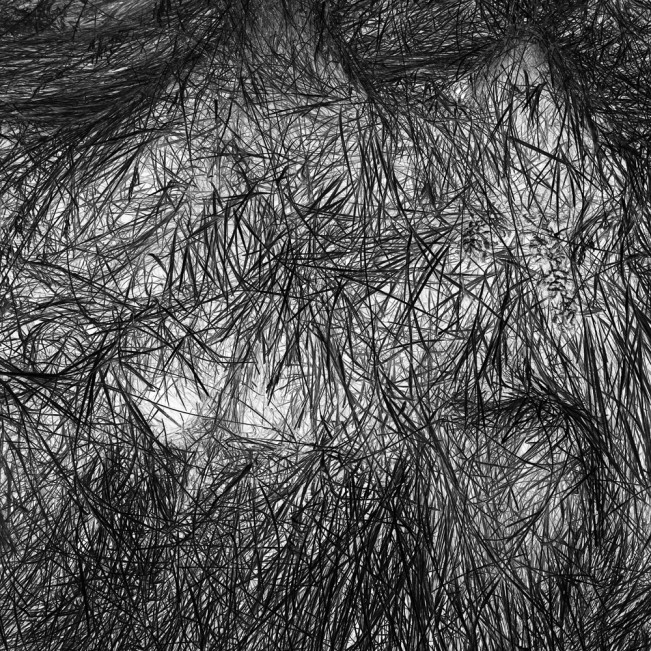 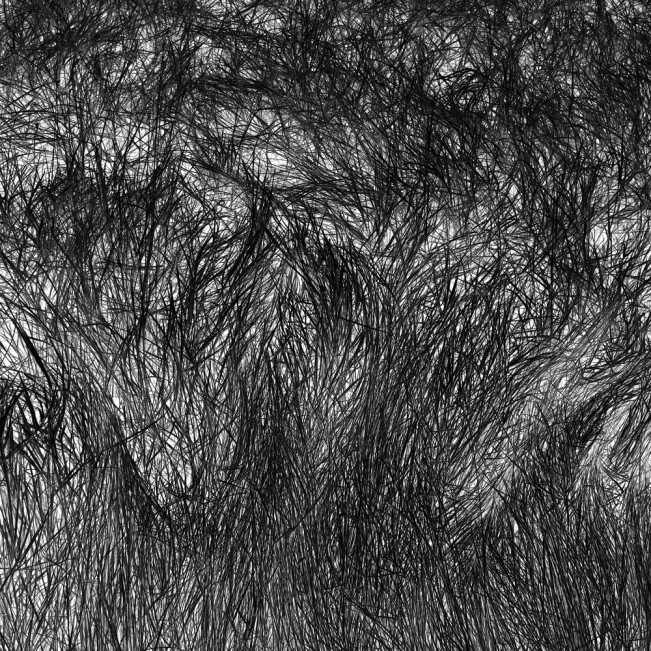 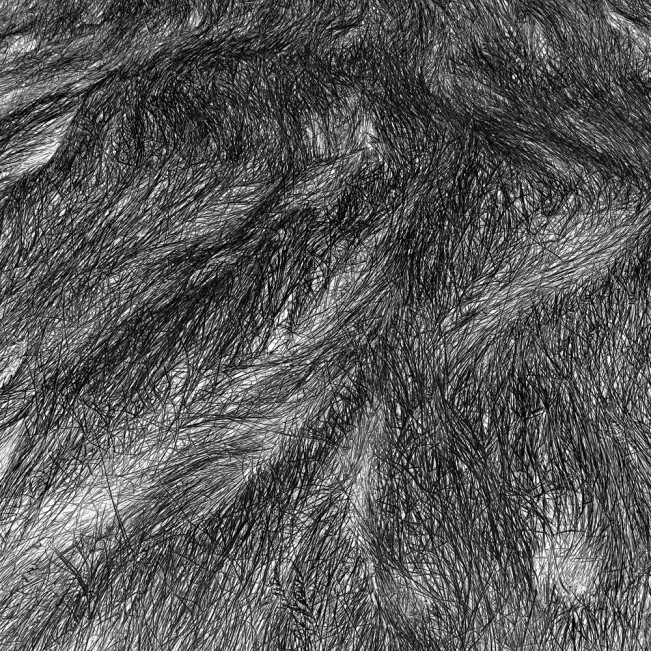 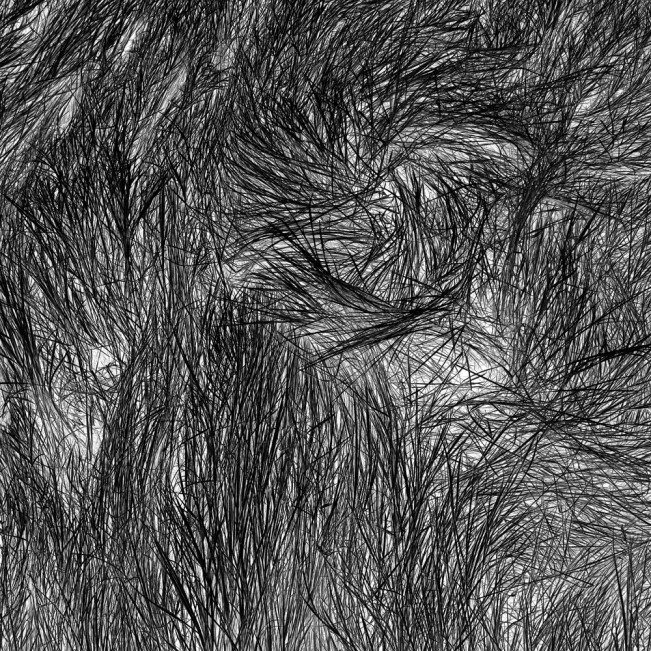 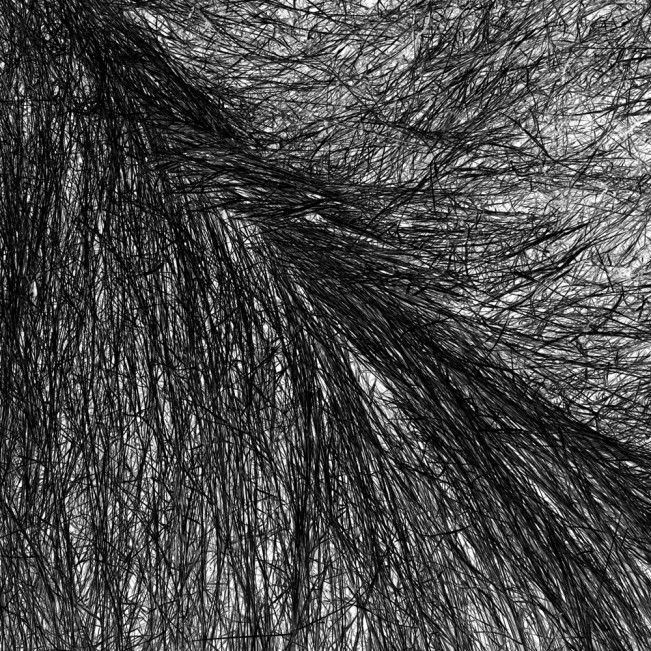 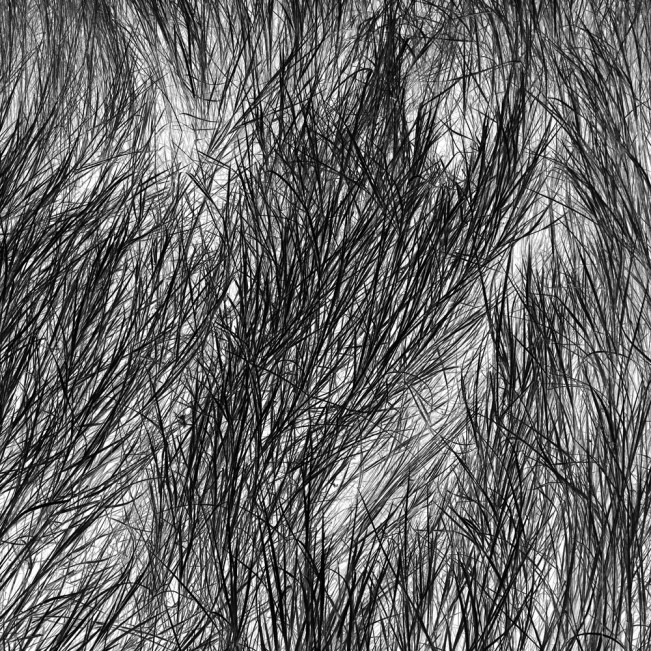 Skins, Shells and Meats is an ongoing examination of my materials as a photographer from 1994 to 2007. I had thousands of 35mm slides sitting in a file cabinet. They were taking up a space and held no interest for me. I was surprised how easy it was for me to detach from them, from my past. I dropped all the slides in their sleeves into a box to take to Wyoming for a month long artist in residence program in February, 2013. I didn’t know what I would do with them light them on fire and sweep the ashes into the dirt? 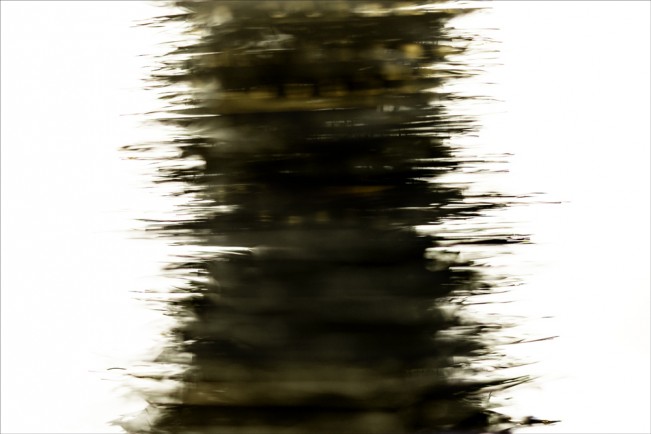 I disassembled them on the second day of my residency. I pulled the slides from the sleeves (skins), sweetly ripped the slide mounts apart, yanked out the film and made two piles; mounts (shells) and film (meats). I stared at the piles for a day and then began lining up all the shells. I started photographing. The only light is from two old crappy slide viewing light boxes that I had brought with me. Colors appeared out of nowhere from the varying age of the bulbs inside the boxes. I am transfixed with the possibilities of using remnants and bones from my past to create anew. 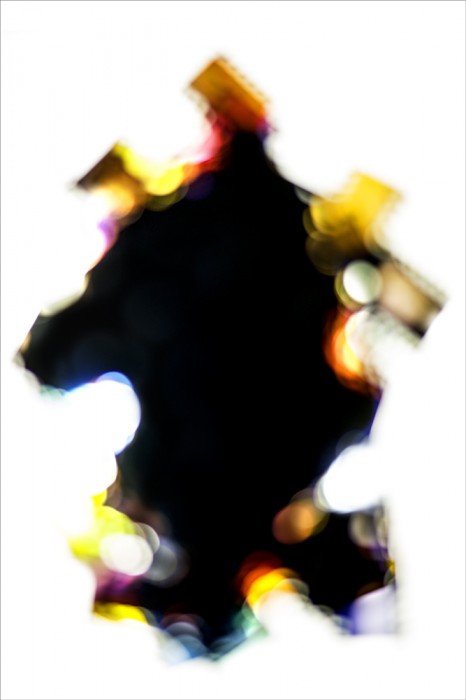 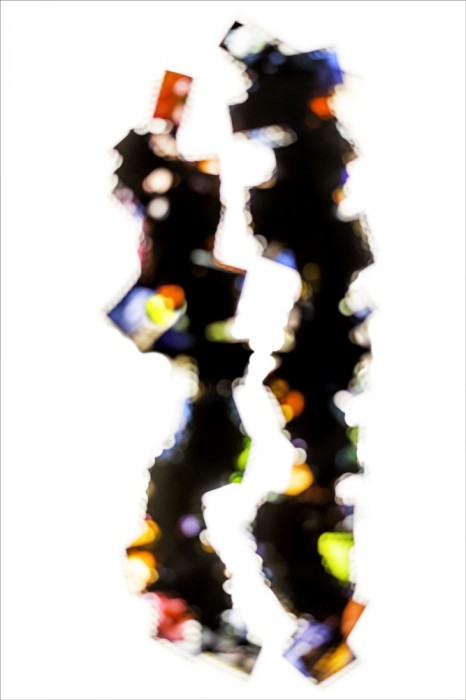 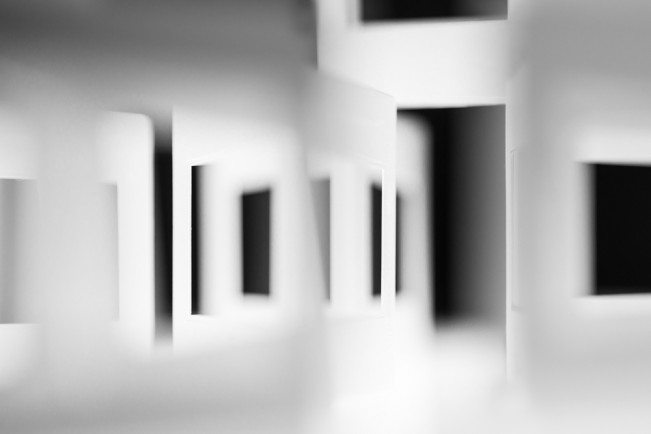 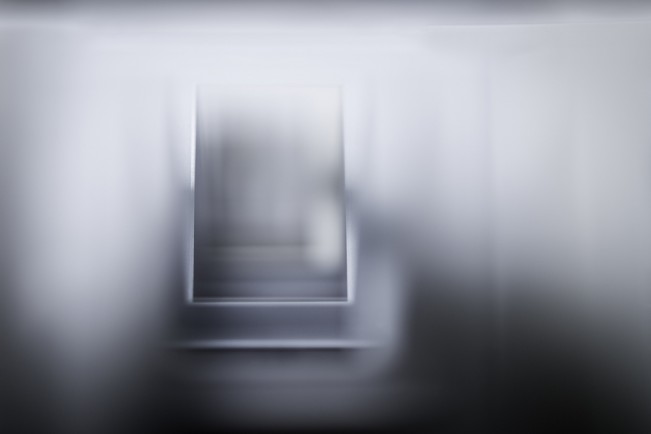 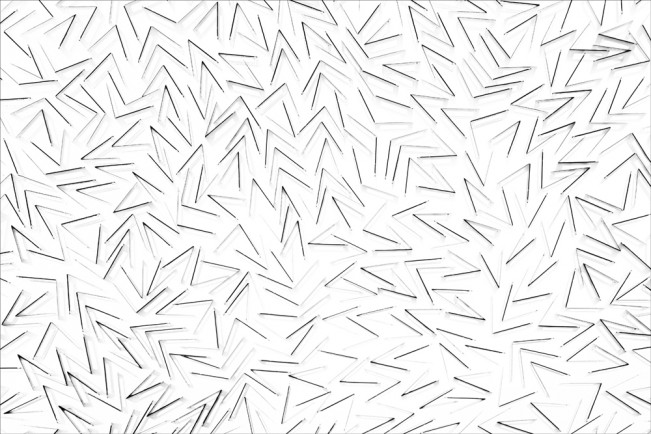 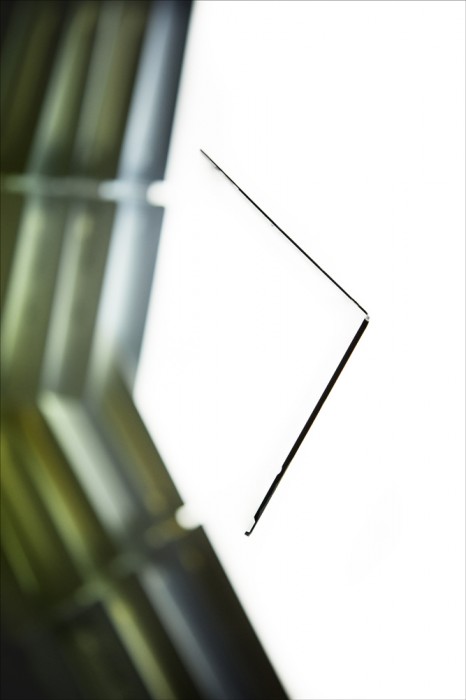 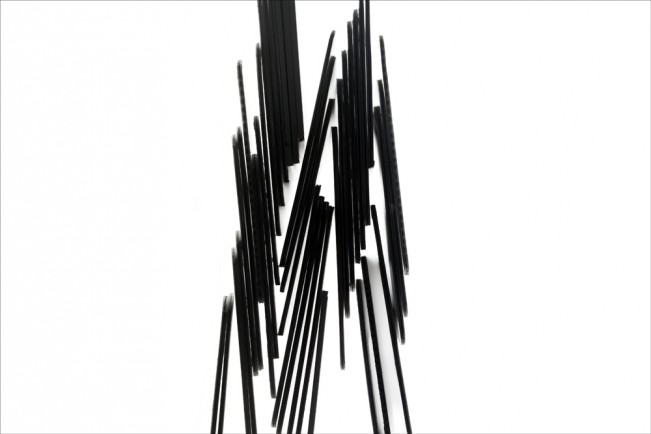 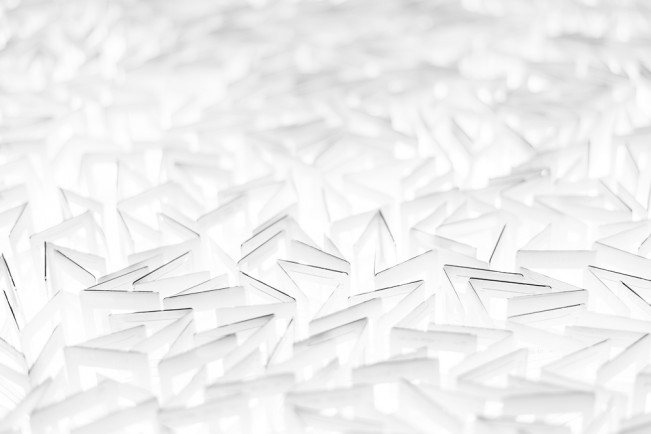 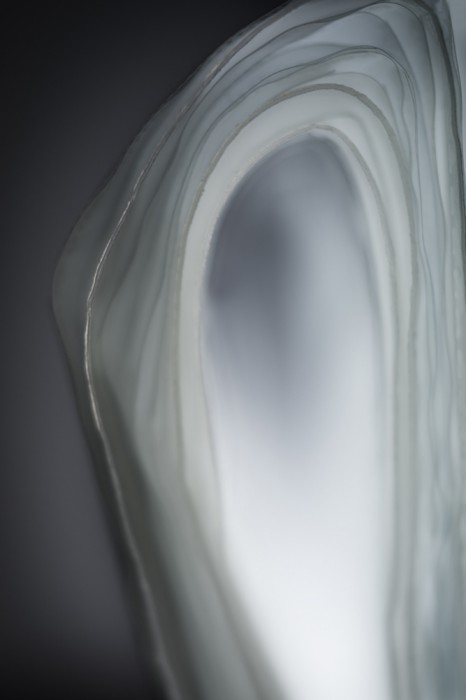 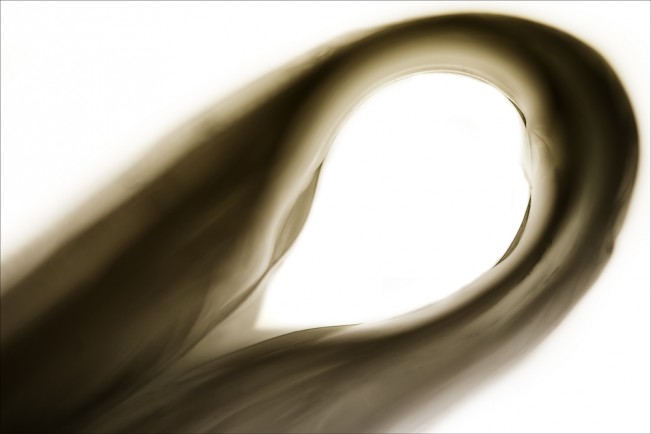 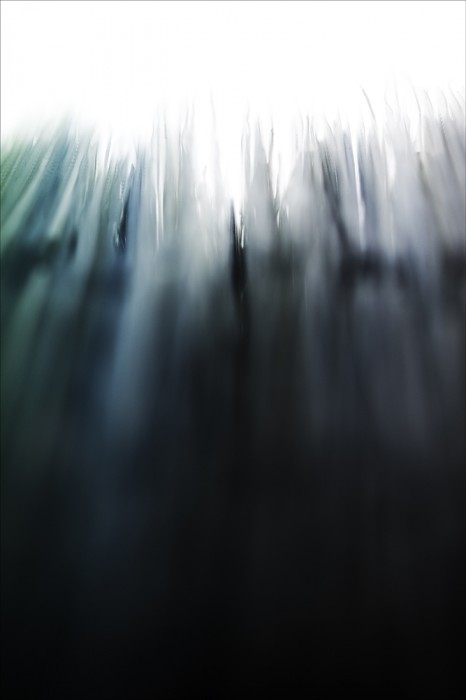