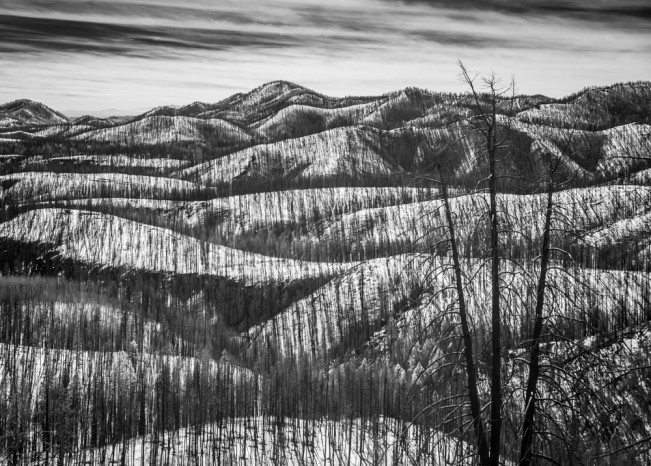 Photographer Philip Metcalf brought a project to Review Santa Fe that examines land after the ravages of a fire.  The stark black and white images become other worldly and some feel like the charcoal they have become, turning into gestural photographic drawings revealing shape, space, line and what remains.

Philip, a black and white, infrared, landscape photographer, grew up in the east and received a degree in Political Science from Princeton.  In 2008, he and his wife (photographer Patricia Galagan) moved to Santa Fe. Philip has exhibited and been published widely, especially in the West.  In 2014, his work was featured on the cover of Black & White Magazine #104, along with garnering a Merit Award, and exhibited in the CENTER exhibition, Road to Nowhere, Southwest Sojourns, curated by Mary Anne Redding, Chair, Photography Department, Santa Fe University of Art and Design.

In 2011, Philip might have paraphrased John Muir’s famous quote to read: “The mountains are burning and I must go.” That year New Mexico faced its worst forest fire ever. The Las Conchas fire burned over 150,000 acres in the Jemez Mountains near Los Alamos. Philip, and his wife immediately set out to photograph the fire and its effect on the land. As their work continued over the next several years, Philip’s photos recorded the desvastation caused by the fire, while Patricia’s recorded the regrowth of the forest. 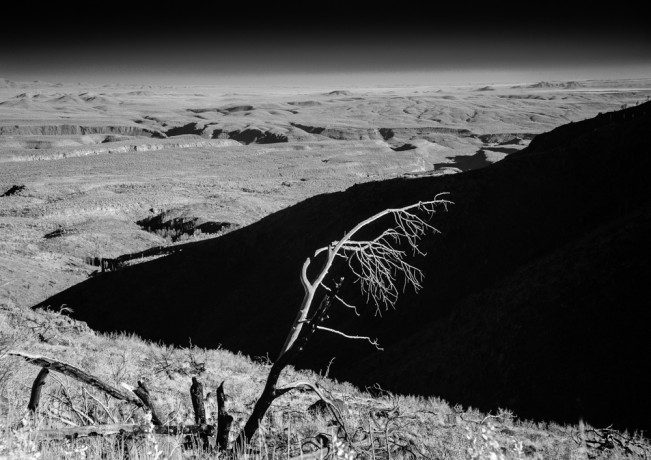 In 2011, a massive wildfire burned more than 150,000 acres of the Santa Fe National Forest in the Pecos Mountains of New Mexico. It burned for 30 days and left the forest blackened as far as the eye could see. Pines and aspens were reduced to charcoal and the cool green forest understory turned to ash.

From this stark setting, a unique kind of landscape emerged which inspired me to photograph the destruction of the forest as a thing of terrible beauty. I used a camera converted to render infrared images in black and white because the starkly contrasting results so perfectly reveal the way the forest was transformed.

I’ve worked on this project for four years, in all seasons, exploring the back roads, ridges, mesas, and canyons of the burned forest in search of scenes that express both the devastation caused by the fire and its scope.

Forest fires are a dreaded reality in the dry Western United States where I live. They are more frequent and larger than in the past and forest ecologists warn that the natural renewal of forests, of which fires are a part, is breaking down.

I would like my project to dispel complacency about forests as permanent and self-sustaining. And I would like it to show that there is still something new to be seen in the Western landscape. 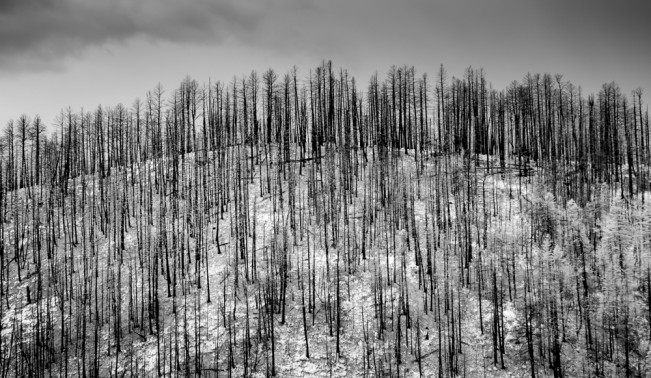 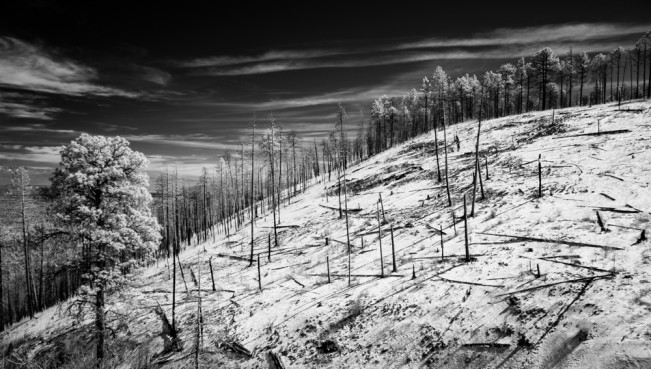 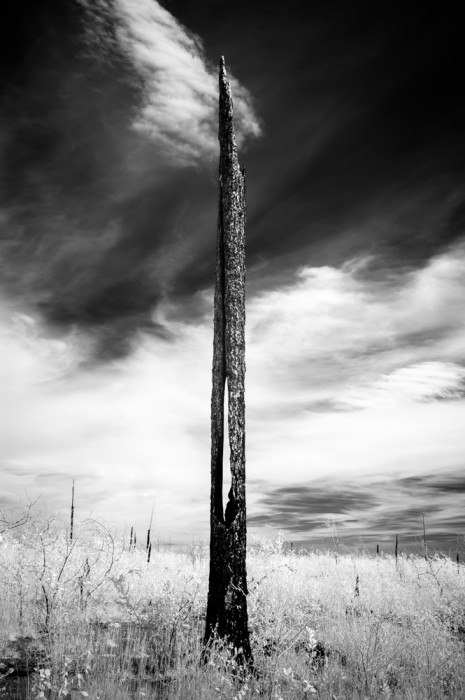 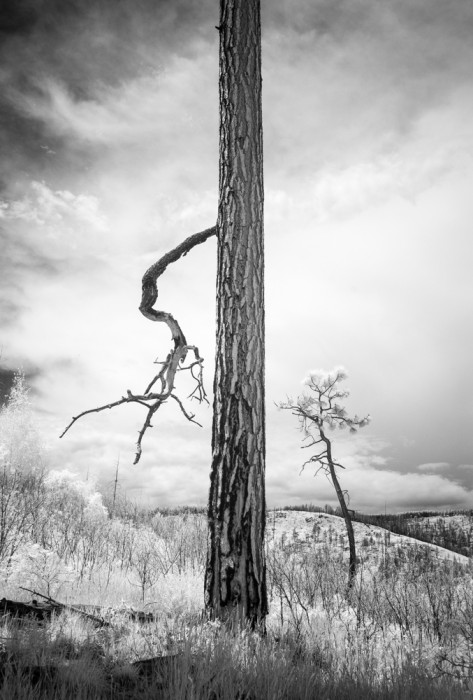 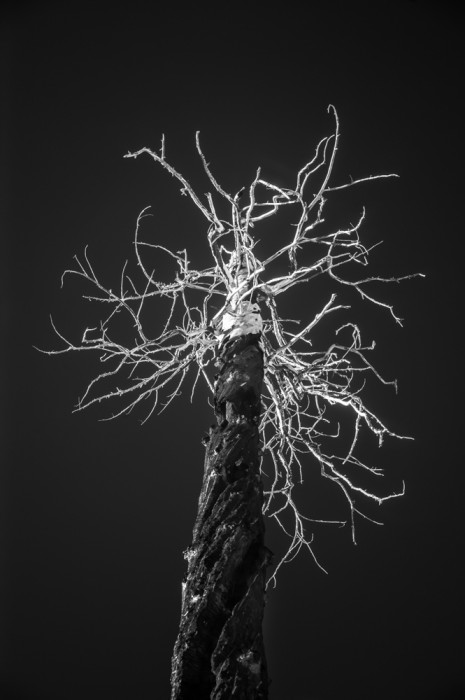 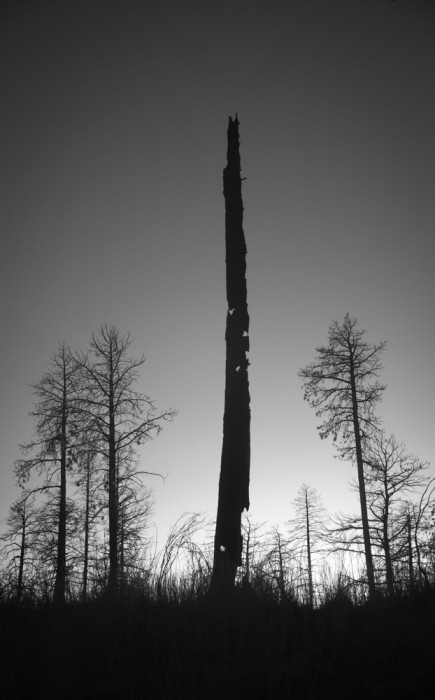 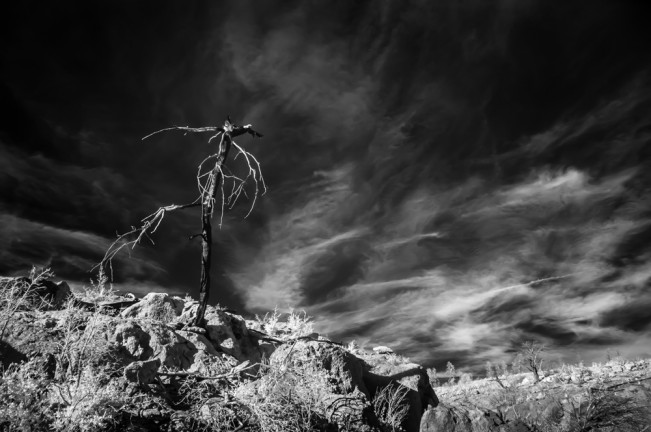 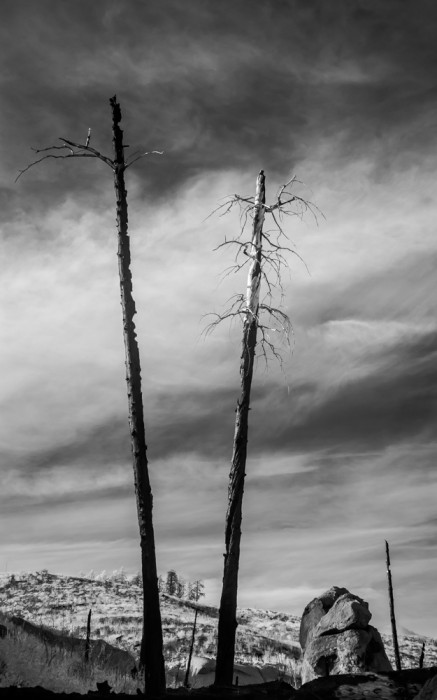 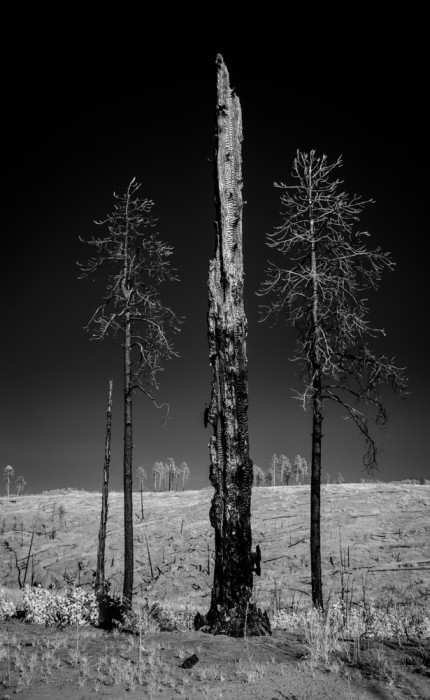 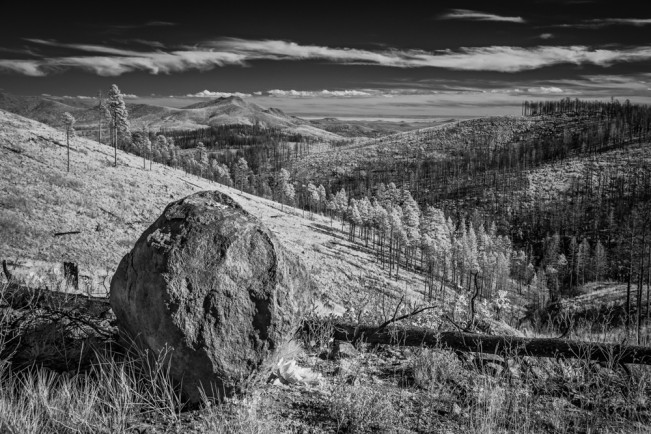 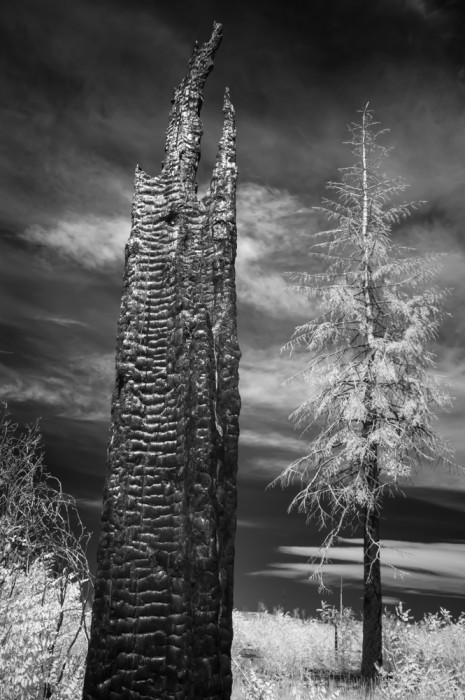 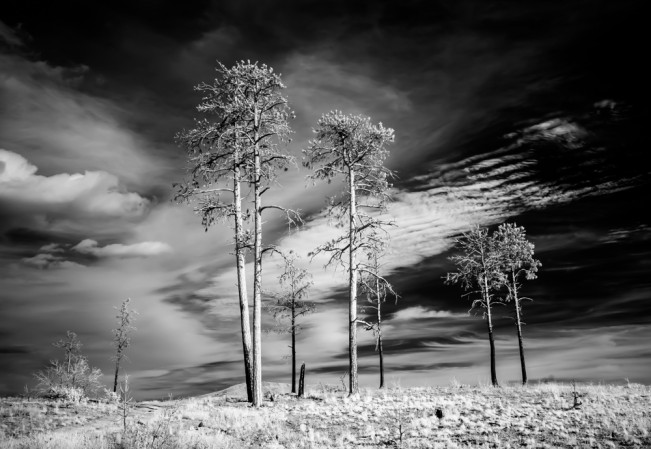 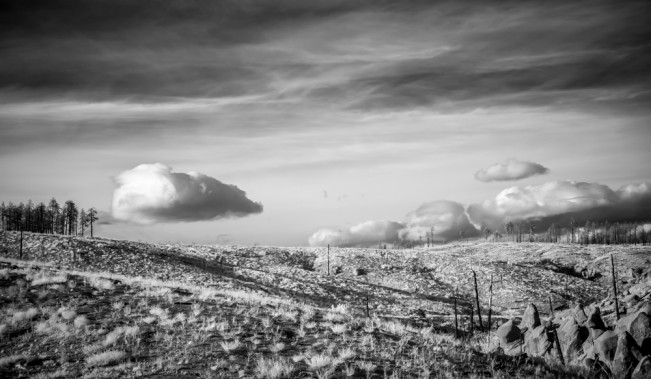 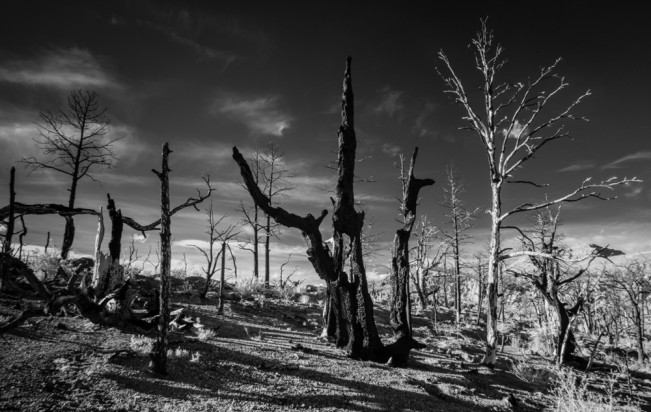 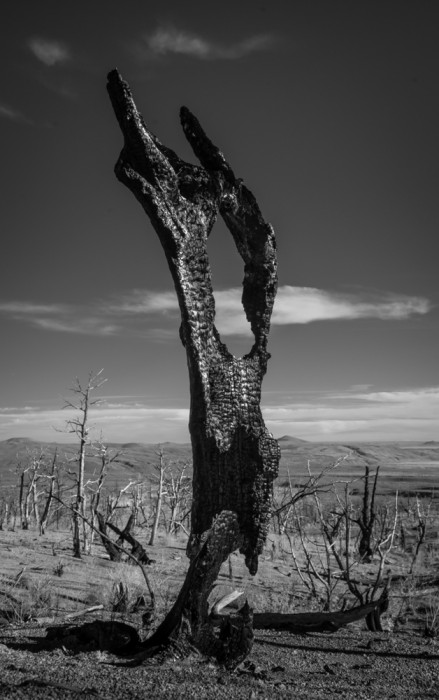 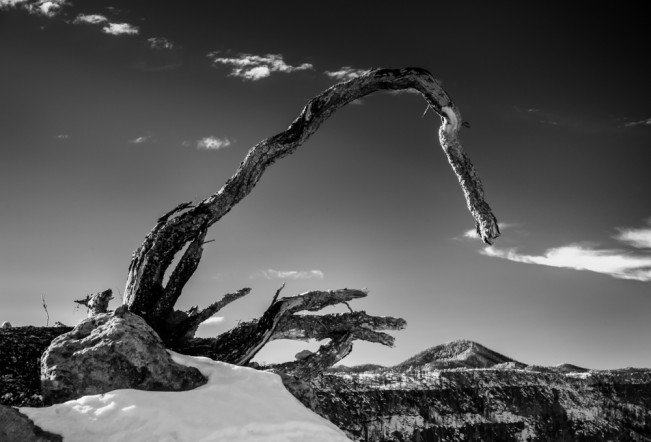 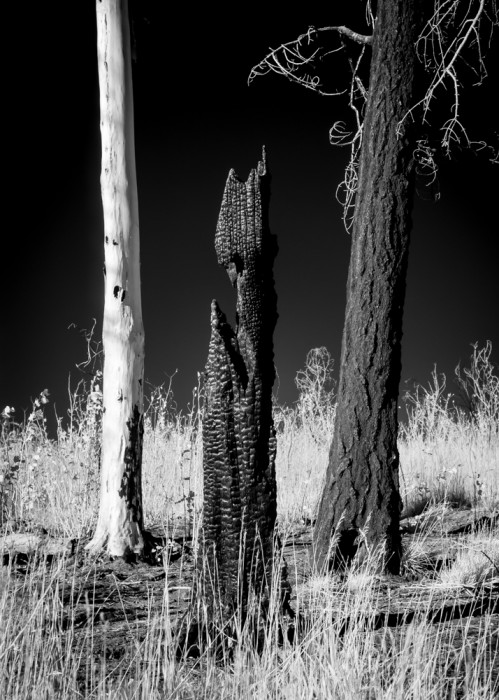 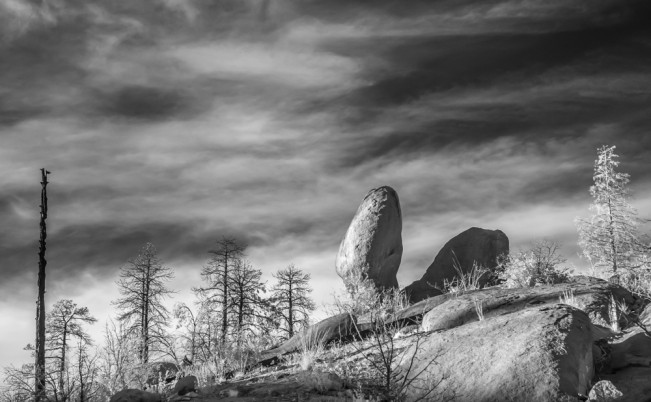