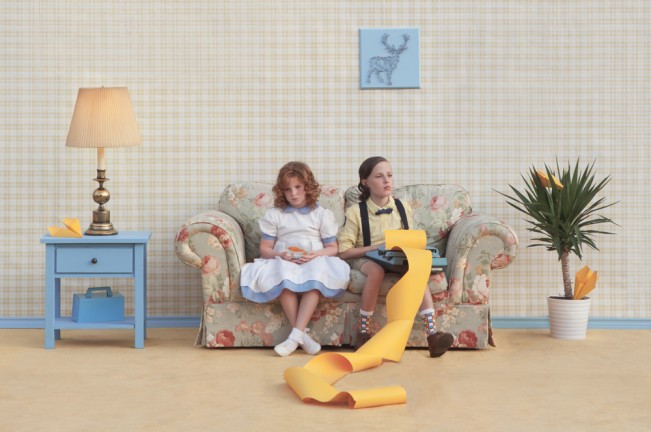 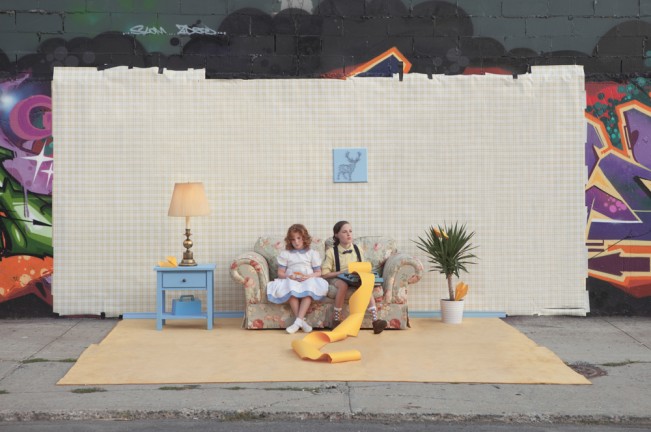 When I first saw Justin Bettman’s project, #SetintheStreet, it reminded me of my Fashion Editor days, where if you turned the model around, you’d see a dress pulled tight with clamps and safety pins and just off the backdrop, a crew of people holding donuts and coffee. #SetintheStreet is an ongoing art project in which Justin Bettman and Gozde Eker are building elaborate sets out of unwanted materials and furniture, most of which is found on the street. After shooting the photos, the sets are left up on the street, where passersby can shoot their own photos and share using the Instagram hashtag #setinthestreet.

For the past 6 months, I’ve been collecting discarded furniture and building sets on sidewalks for my latest ongoing photo series, “Set in the Street.” I’ve been collaborating with set designer Gözde Eker, to create public interactive art installations where pedestrians can create their own photo stories to shoot in these sets and share on Instagram with the hashtag, #setinthestreet.

I knew I wanted to build stylized sets, so I started reaching out to various set designers. After meeting with a few, I met Gozde and we were on the same wavelength for the aesthetic that I wanted. We were trying to figure out how to build these sets economically without having to rent studio space, and came up with the idea of shooting it against a wall outside. From there the idea evolved into using found furniture and then leaving it set up for others to interact with, after I shot my photo.

The social response to the project has been overwhelming. We build the sets on the streets of New York City and Brooklyn overnight without permission, and leave a sign with an Instagram hashtag #setinthestreet, encouraging those who pass by to take their own photos and share them on social media. While some sets have survived for more than a week and have been hashtagged by nearly 100 people, others were picked apart or removed altogether in a matter of hours. There are no expectations for what happens to the sets once they are built, but that is part of the fun. Some pieces of the sets have disappeared while other items are added. 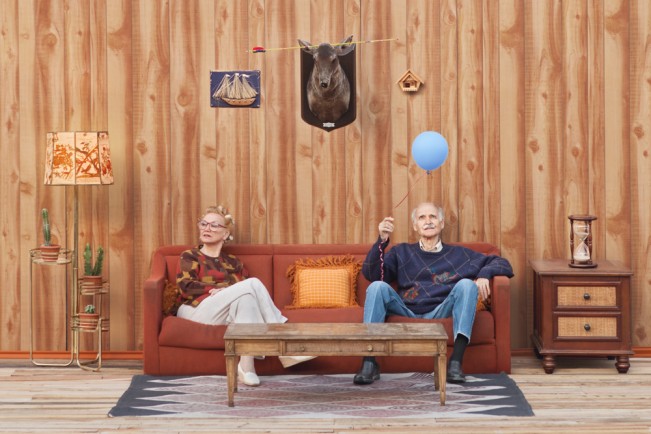 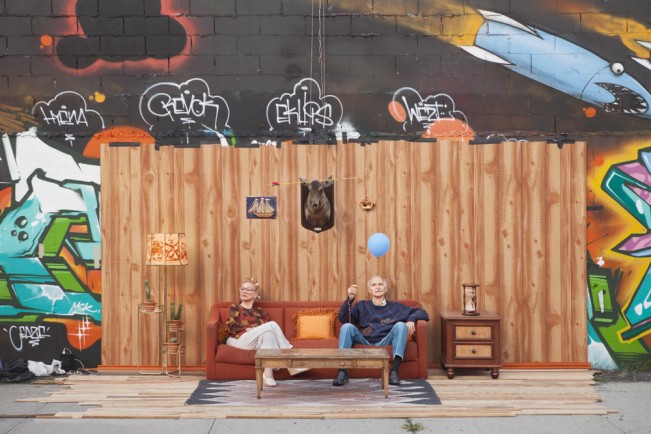 Justin is a New York City based photographer and advertising art director. His photography consists of tableau imagery of everyday life with a surreal and quirky twist. As an art director at Ogilvy and Mather, Justin has worked on campaigns for IKEA, Coca Cola, and Spotify. 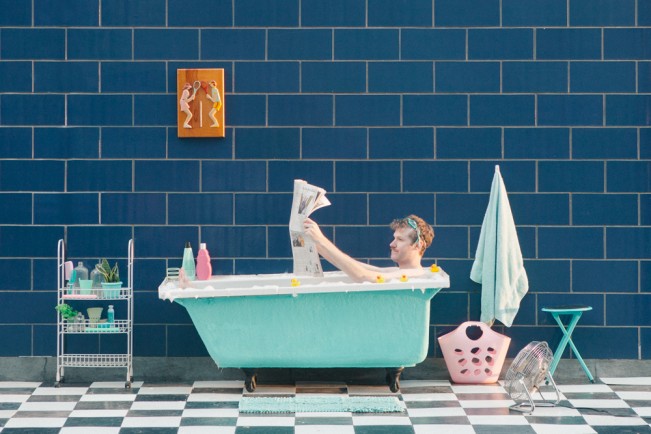 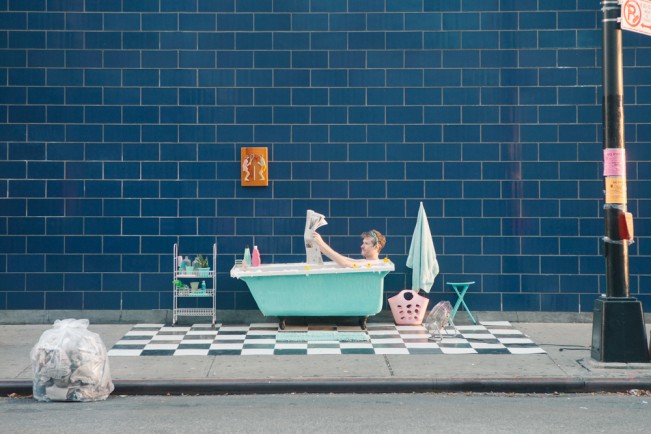 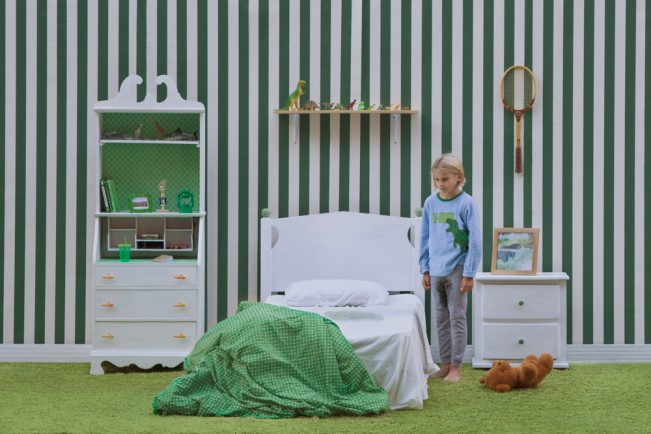 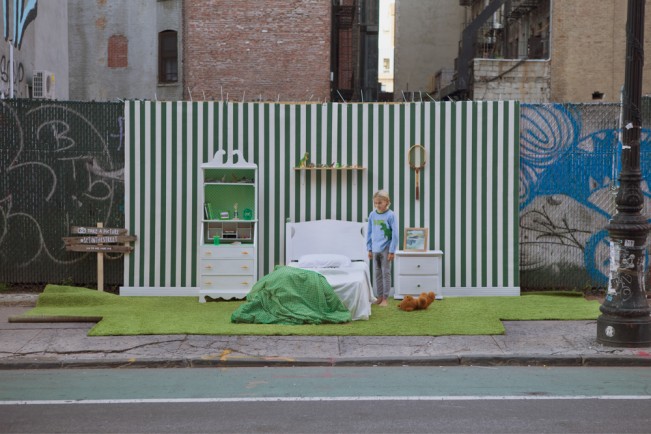 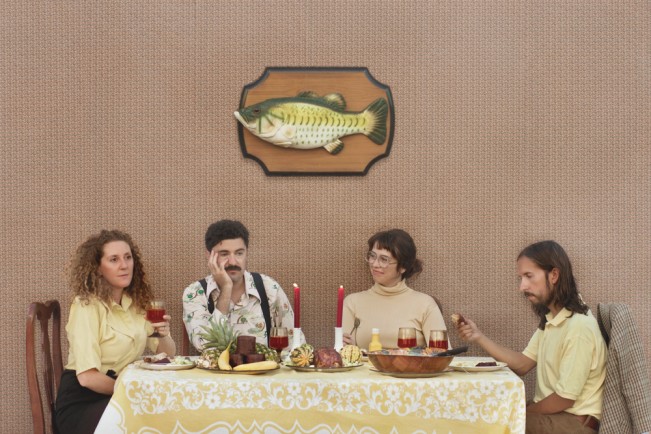 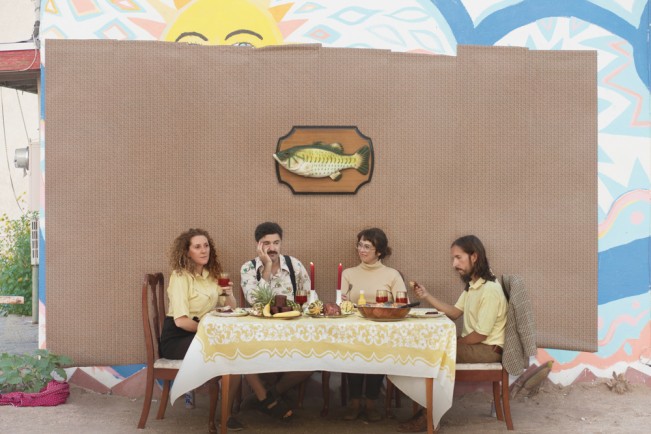