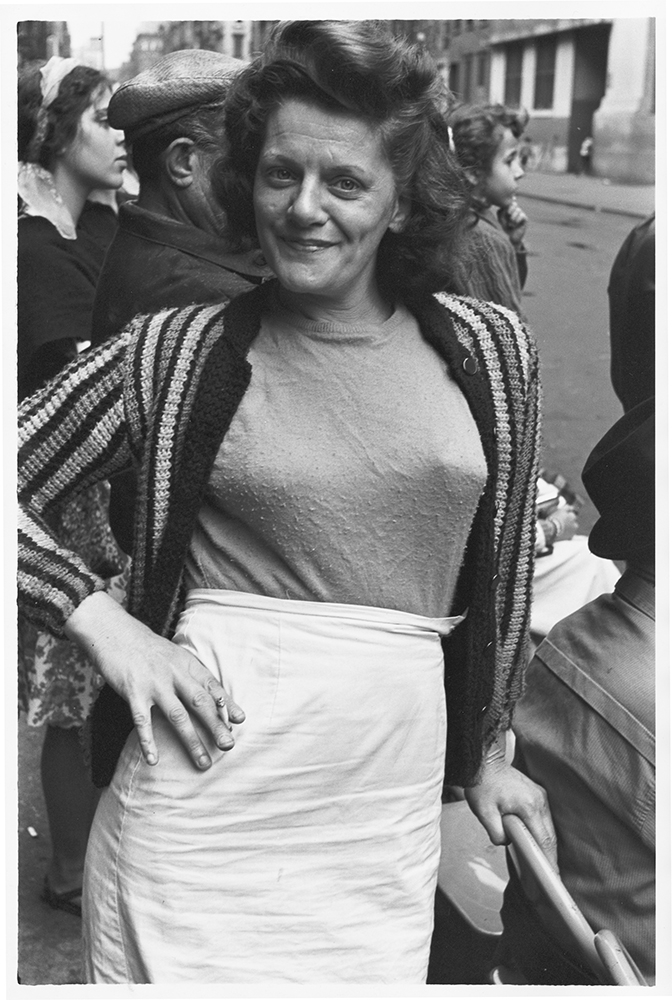 ©Jonathan Brand, Woman with her hand on her hip, holding a cigarette, 1963

“I don’t know whether this truncated elephant with arm unmanned was a one-shot or a whole roll.  I just know it was right.  And it illustrates what goes on in the photographer’s mind when he’s being totally unconcerned about composition, almost.  He’s being almost totally concerned about subject.  What comes through is the subject.  What comes through the subject is the way of seeing.” —Jonathan Brand wrote these comments on composition and subject in his Popular Photography Critic’s Choice column about Garry Winogrand’s photograph of an elephant’s trunk, exhibited at the 1964 Museum of Modern Art show The Photographer’s Eye.

If I think about the areas that I am most familiar with as an ex-New Yorker, it would be the Lower East side and the Upper West side with a long stint in Soho in between. So naturally, I was drawn to the the recently released monograph by 84-year-old photographer Jonathan Brand, Lower East and Upper West, published by powerHouse Books in New York.

The photographs were created between 1957 and 1968, during years spent in the titled environs of NYC. After returning from a stint in the army where he was based in Germany, Jonathan was employed as a census taker and later an advertising copywriter. He chronicled New York street life on his walks through the city taking thousands of photographs over that decade. Lower East and Upper West offers 104 “striking images of New Yorkers engaged in everyday pursuits, from the Bowery to Riverside Park, juice stands and barbershops to Theatre in the Streets”.

With an introduction by Julia Dolan, The Minor White Curator of Photography at the Portland Art Museum, Oregon, this is the first book from a photographer who developed his art alongside many of the best-known in his discipline. Brand’s photographs capture the energy, odd juxtapositions, and intimate moments of life in mid-century New York City. 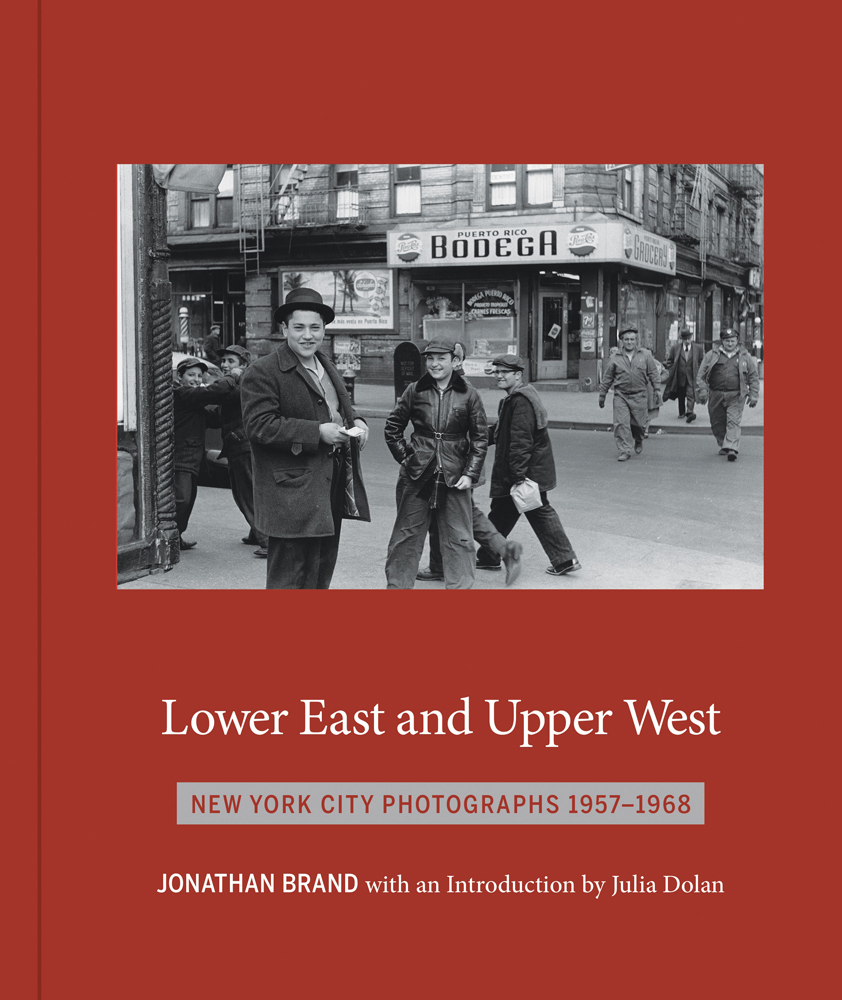 Jonathan Brand has been photographing daily life since 1956. A native New Yorker and Vermonter, he has also lived and worked in Scandinavia and Portland, Oregon. He developed his photography through study with some of the most accomplished photographers of his day: Richard Avedon, Garry Winogrand, David Vestal, and Bruce Davidson. An acute observer of street life as well as everyday family rhythms, Brand has captured public and private moments in arresting images. Brand’s work and friendship with Winogrand was the subject of a 2014 exhibition, Two-Way Street: The Photographs of Garry Winogrand and Jonathan Brand, at the Portland Art Museum in Oregon. Other solo and group exhibitions have been presented from Maine, to Oregon, to Sweden, including at the Jordan Schnitzer Museum of Art, University of Oregon; White Gallery at Portland State University, and the Bennington Museum in Vermont. Brand’s photographs are in public and private collections including the Museum of Modern Art (New York), the Portland Museum of Art (Maine), the Portland Art Museum (Oregon), and the Bennington Museum (Vermont).

Julia Dolan is The Minor White Curator of Photography at the Portland Art Museum in Oregon. She received her Ph D in Art History from Boston University, and has worked at institutions including the Philadelphia Museum of Art, the Addison Gallery of American Art, and the Fogg Art Museum at Harvard University. She has curated and co-curated more than twenty-five exhibitions at the Portland Art Museum including Contemporary Native Photographers and the Edward Curtis Legacy, Force of Nature: Emmet Gowin in the American West, and Two-Way Street: The Photographs of Garry Winogrand and Jonathan Brand. Recent publications include The Question of Hope: Robert Adams in Western Oregon. 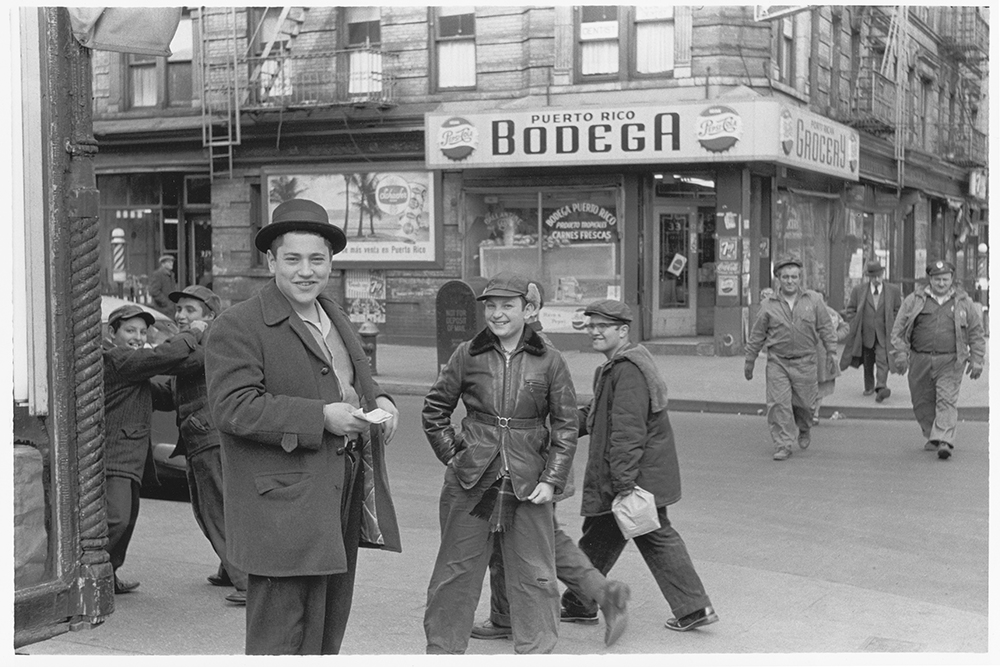 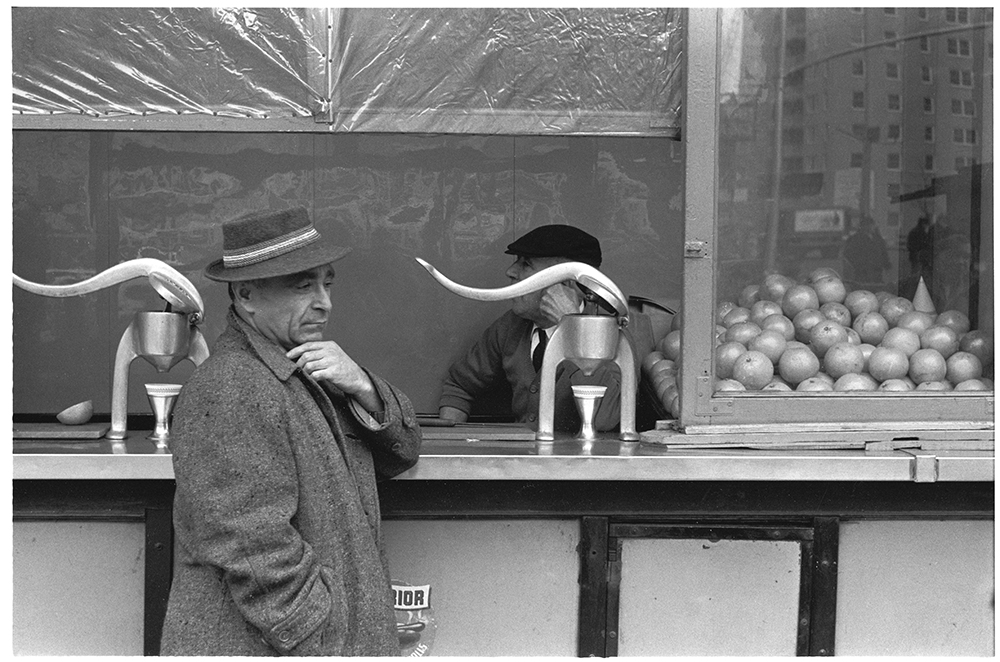 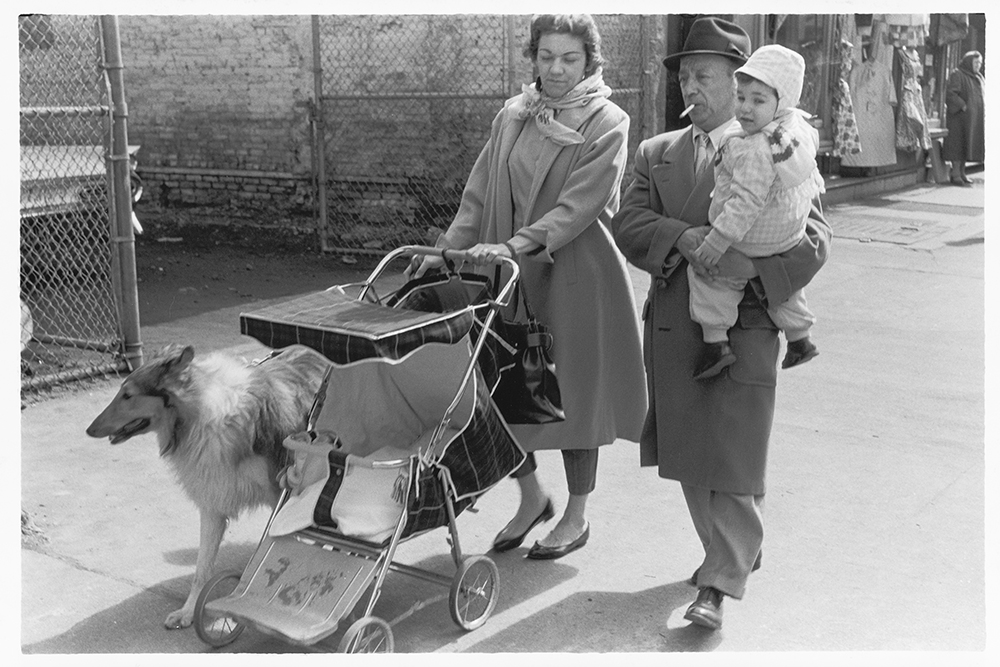 ©Jonathan Brand, Family out for a walk with collie, 1960 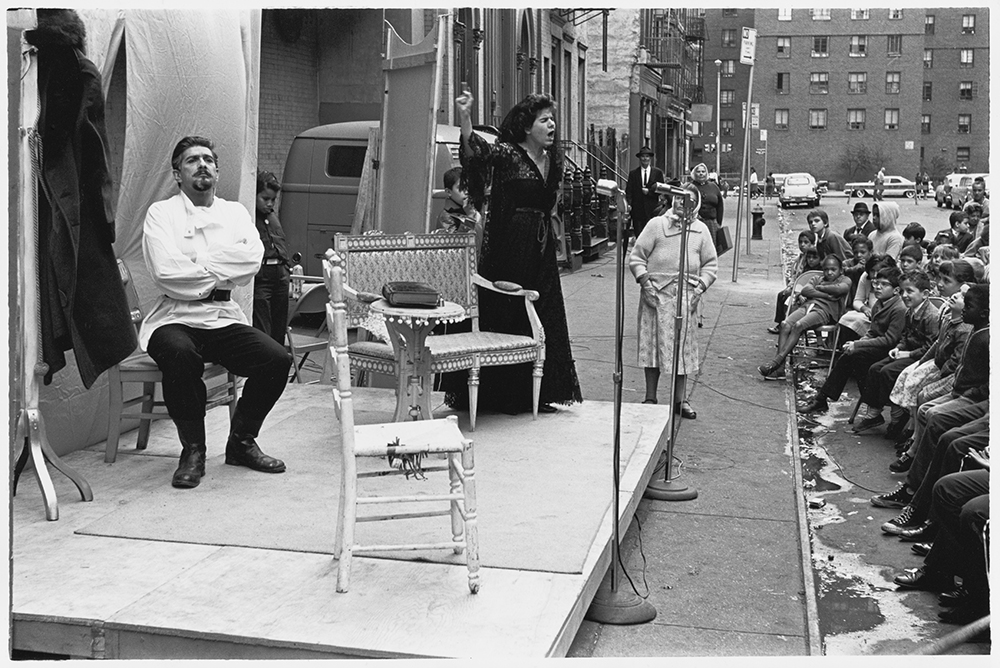 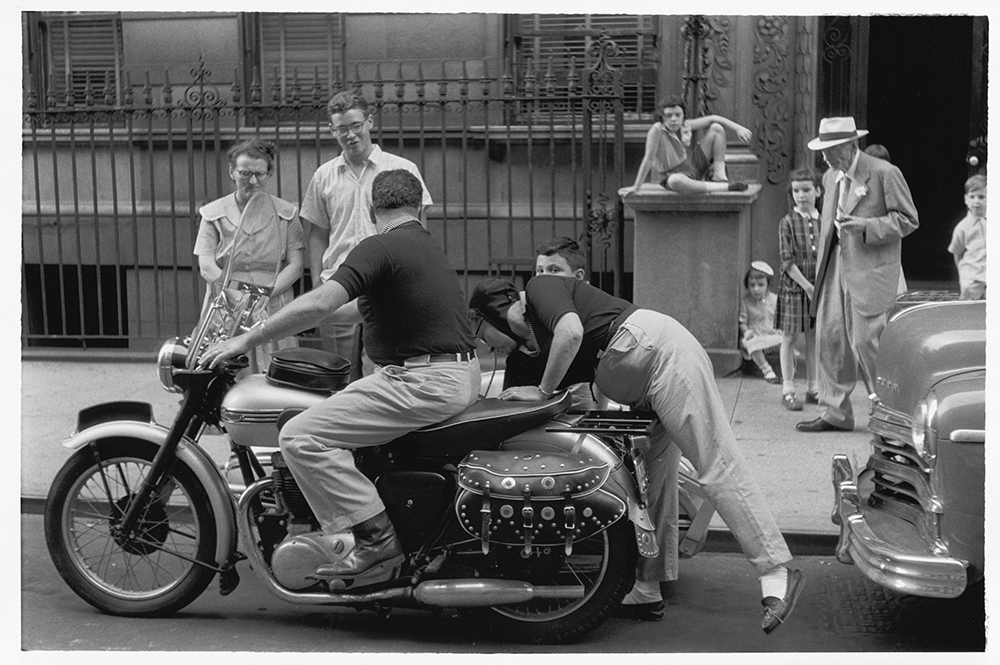 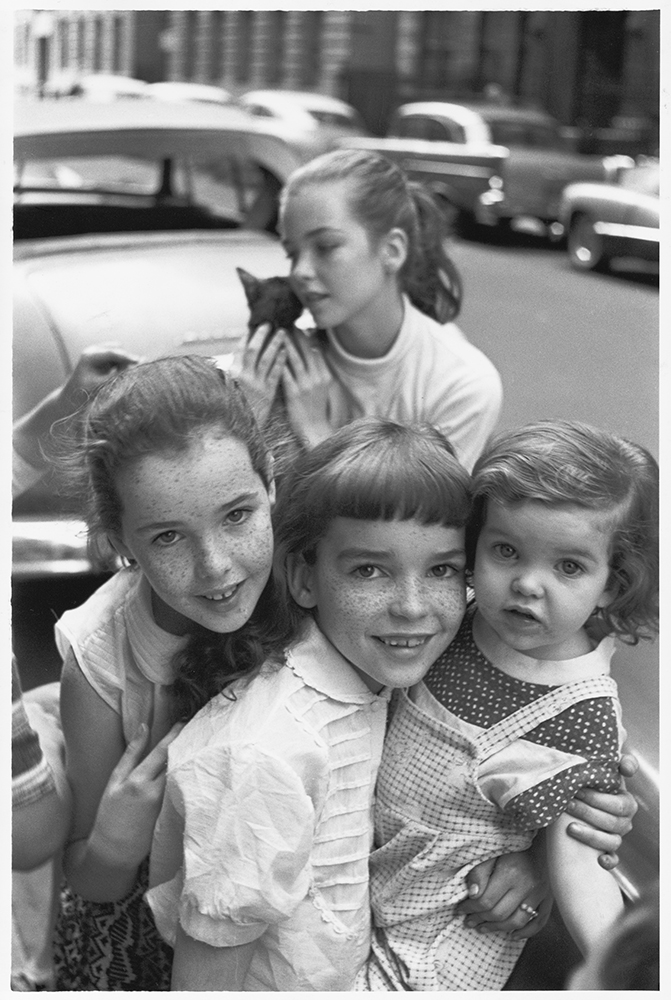 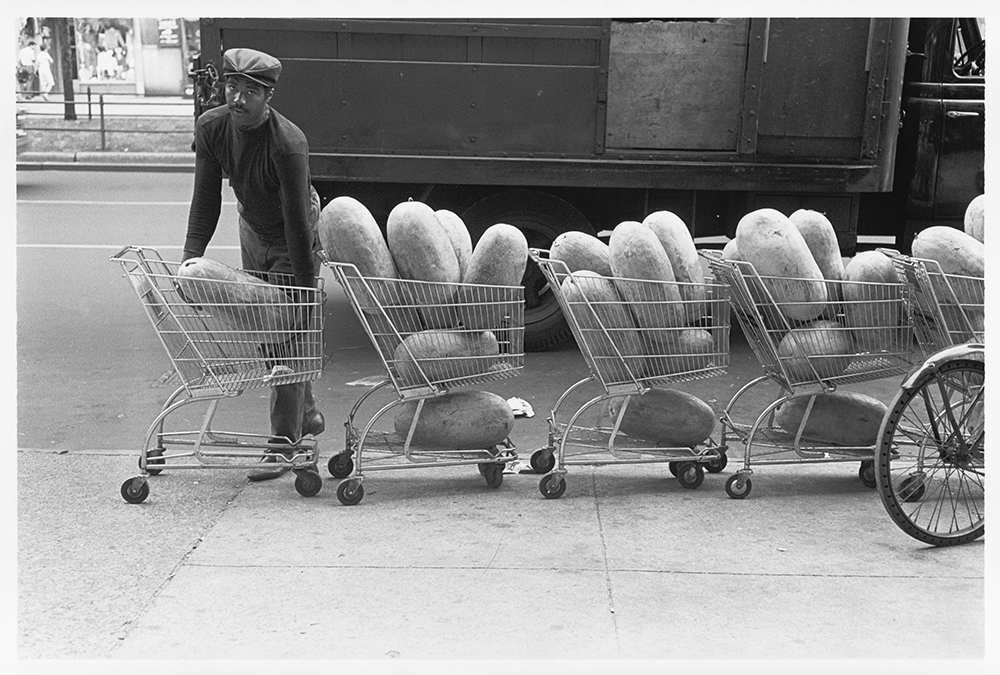 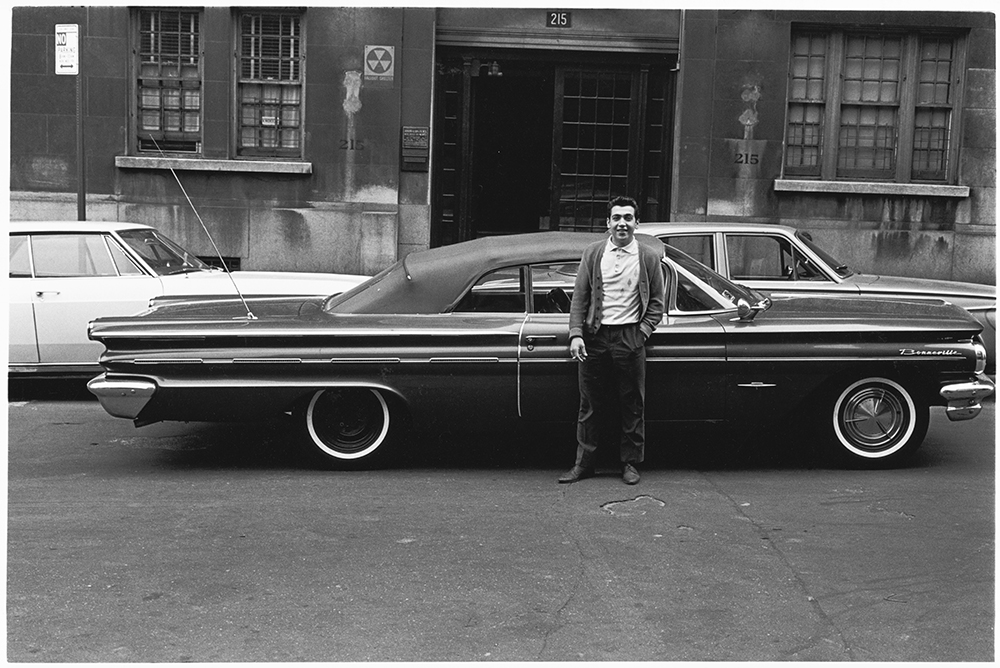 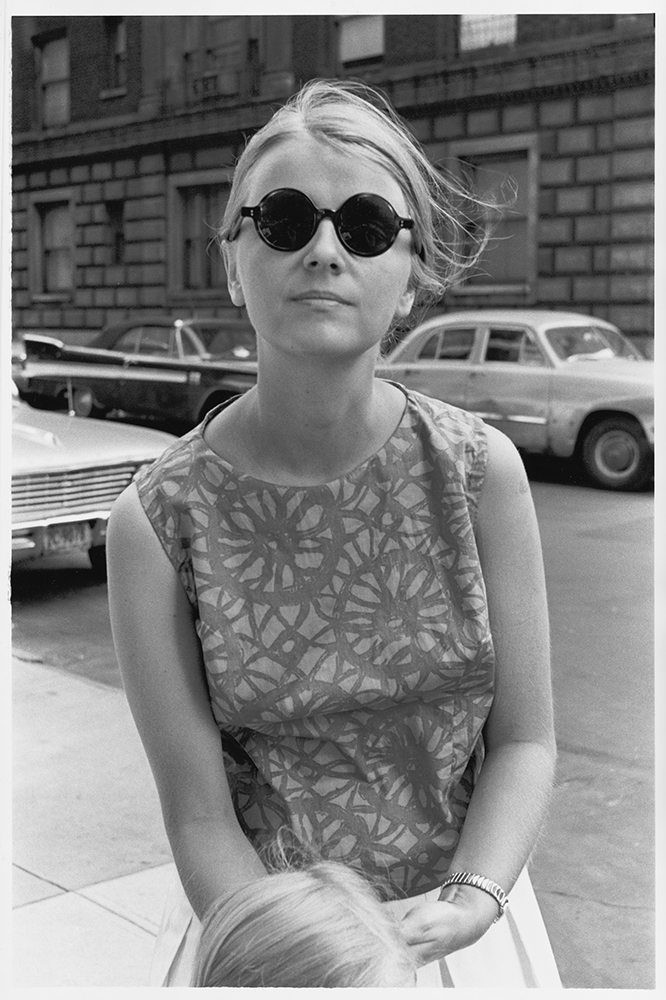 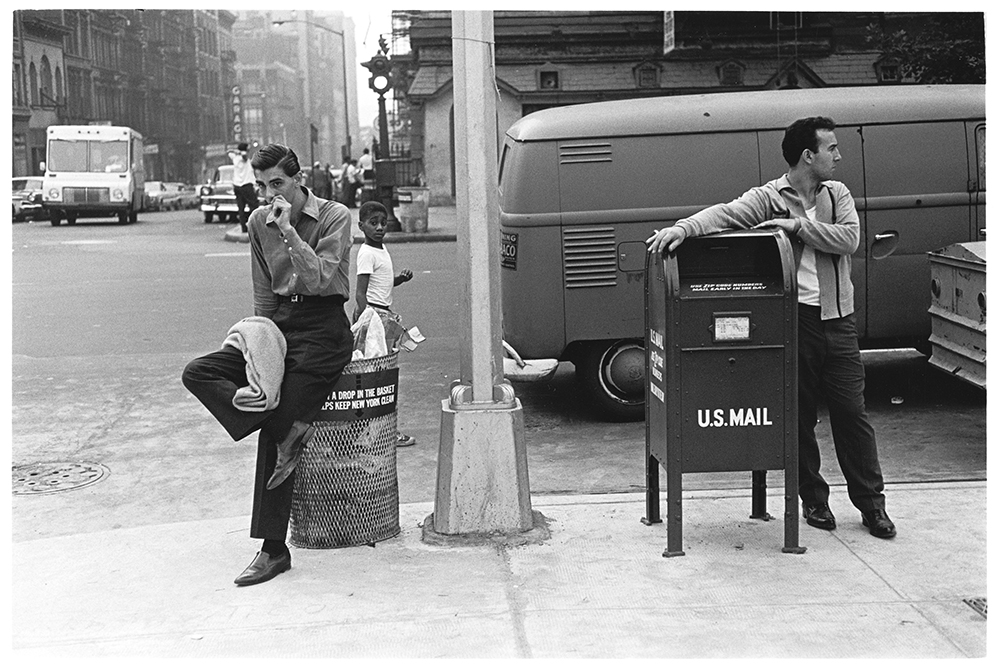 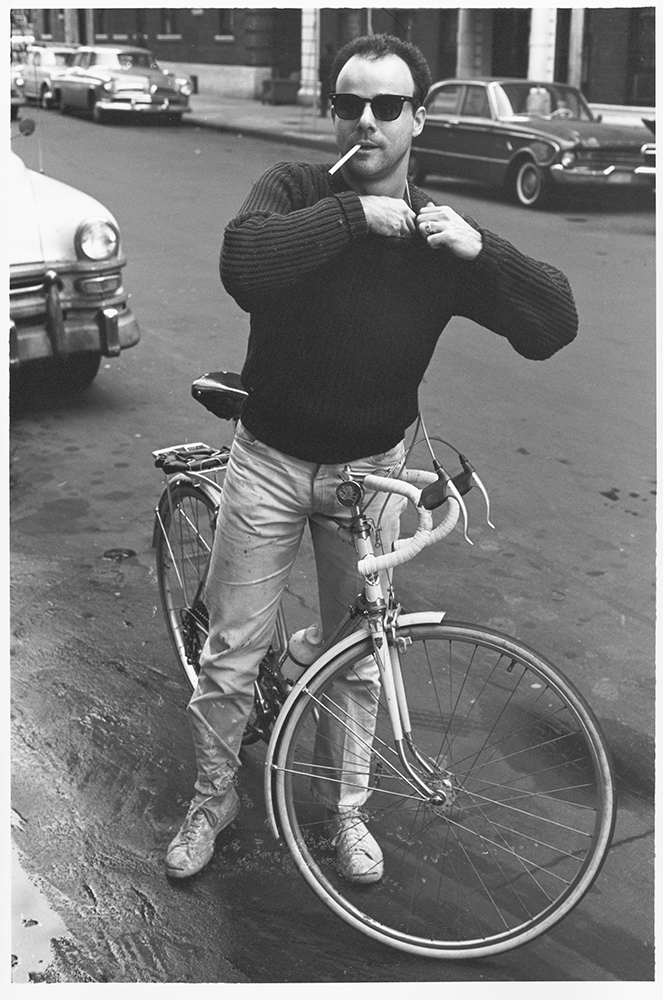 ©Jonathan Brand, Mark Berghash on his bike, taking a break from his painting studio, 1964 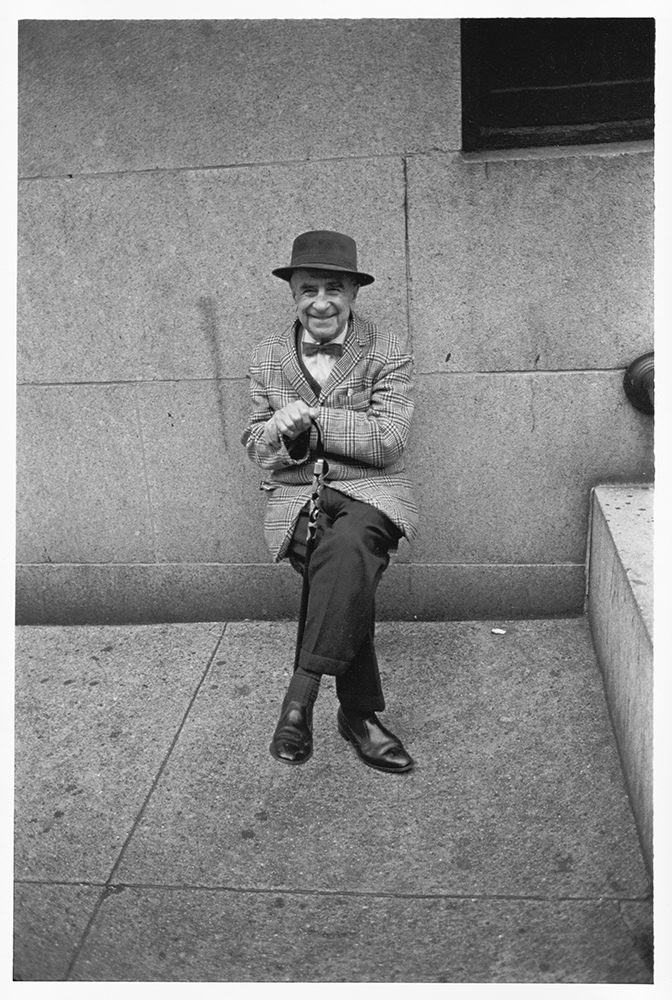 ©Jonathan Brand, Gentleman resting at the side of a building, 1967 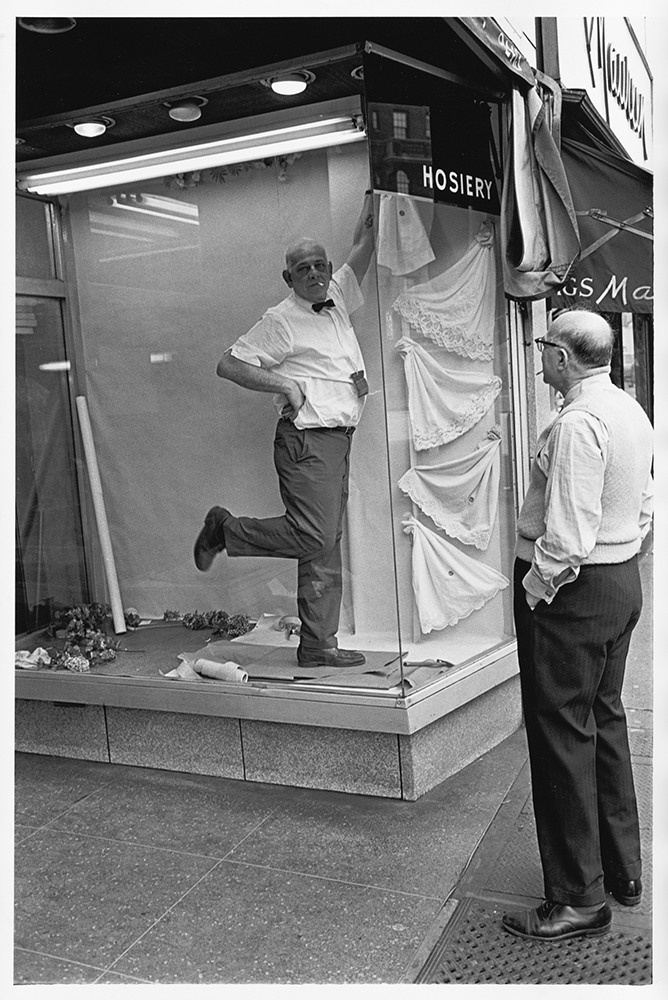 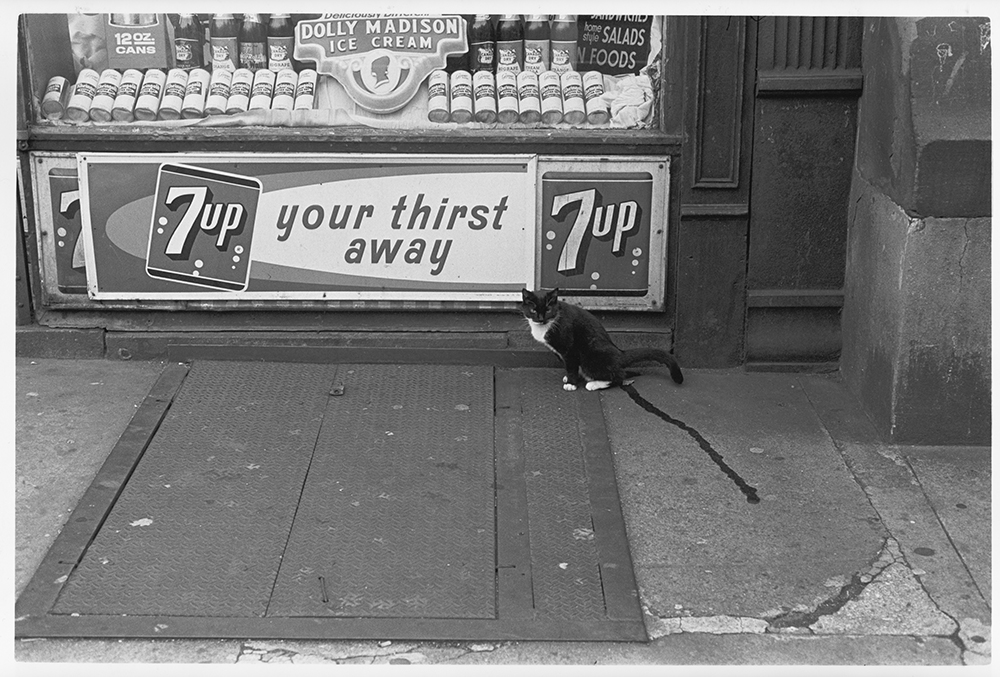 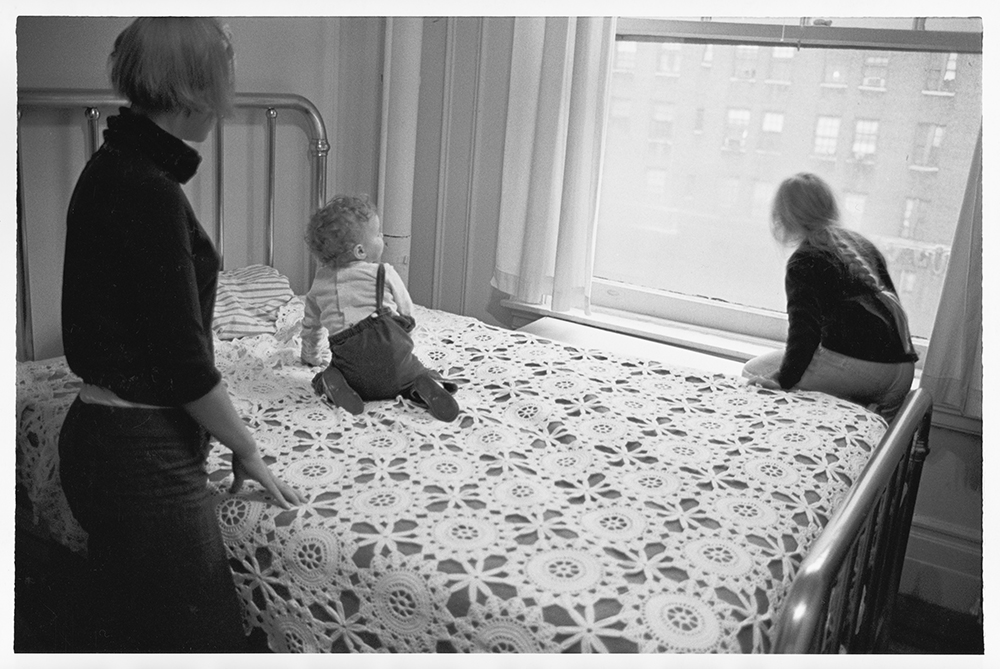 ©Jonathan Brand, Jenny, Ulrika, and Monika on Swedish grandmother’s bedspread looking out the window toward Broadway at West 89th Street, 1967