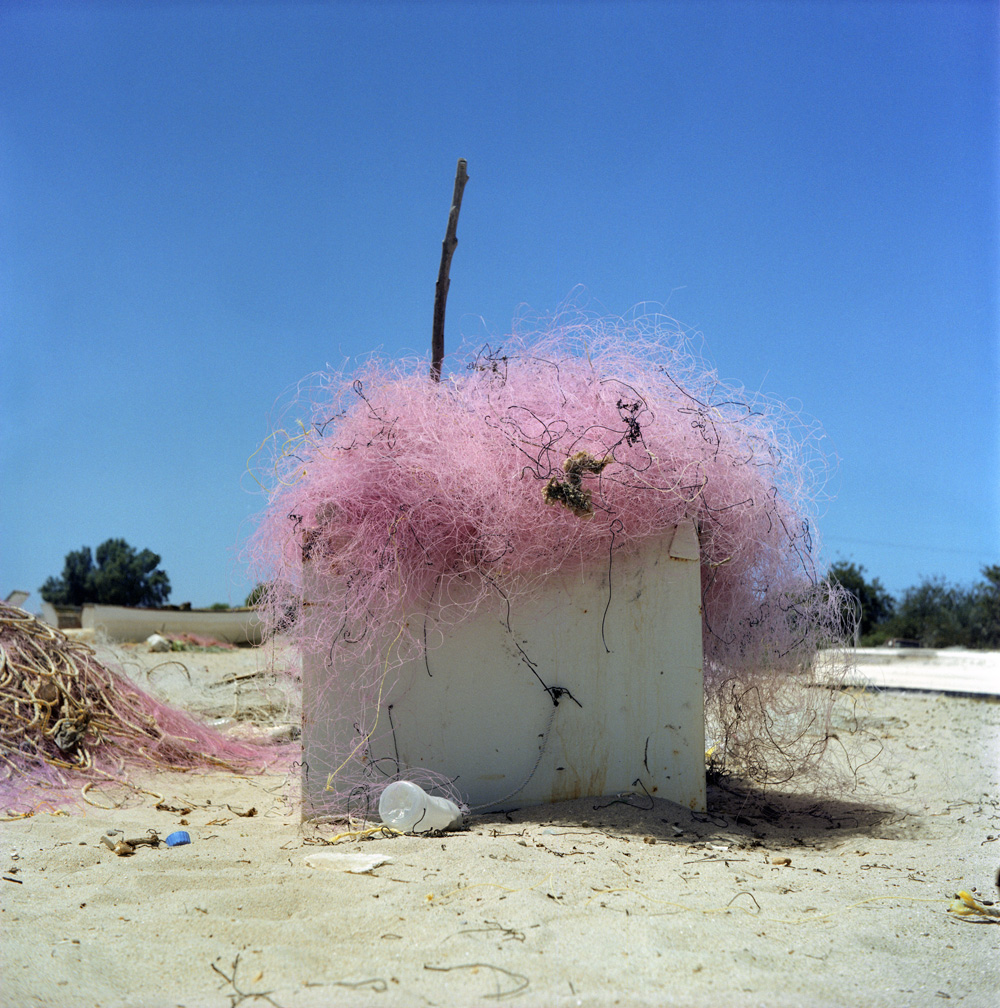 One of the pleasures of attending the FotoFest 2018 Biennial Meeting Place Reviews was meeting reviewers from around the globe who journied to Houston to celebrate and appreciate photography. I am so grateful to gallerist Patricia Conde Juaristi, of the Patricia Conde Galeria in Mexico City, Mexico for sharing a week of Mexican photographers with the Lenscratch readers. The gallery has specialized in contemporary photography since 2009, and is currently the only Mexican gallery focused on promoting various photographic practices.  Today she shares the work of Oswaldo Ruiz – Aline Smithson

In recent years my work has been focused on the transformation of Mexican territory, through visual essays that have explored the changing landscape of the country. My work has focused on the relationships that exist between spaces and their political dimension, always interested in the way in which the construction of the place supports its ideology. I have sought to explore through images the complexities of the built environment and structures where traces of violence prevail, in the transformations of the territory.

Remnant (2004-2008) and Regantes 15 series, Anáhuac N.L. (2008-2010) are amongst my most representative series. The first one – nocturnal photographs of places on the roads of Monterrey – gas stations, convenience stores and other commercial establishments that populate the empty night with light. The later one – that shows, through photography and video the houses of farmers of the irrigation district “La 15″ of Anáhuac, Nuevo León, illuminated at night, houses that were abandoned in the migrations to the United States after the TLC.

My most recent project, which was exhibited at the Centro de la Imagen and the Fototeca de Nuevo León, Welcome to Paradise (2013-2016). It is about ruined modernity, made through tours of cities in Mexico and Latin America. The series explores how the modernization of the territory in some places has become a dream of frustrated progress, a dystopian nightmare characteristic of science fiction. – Oswaldo Ruiz 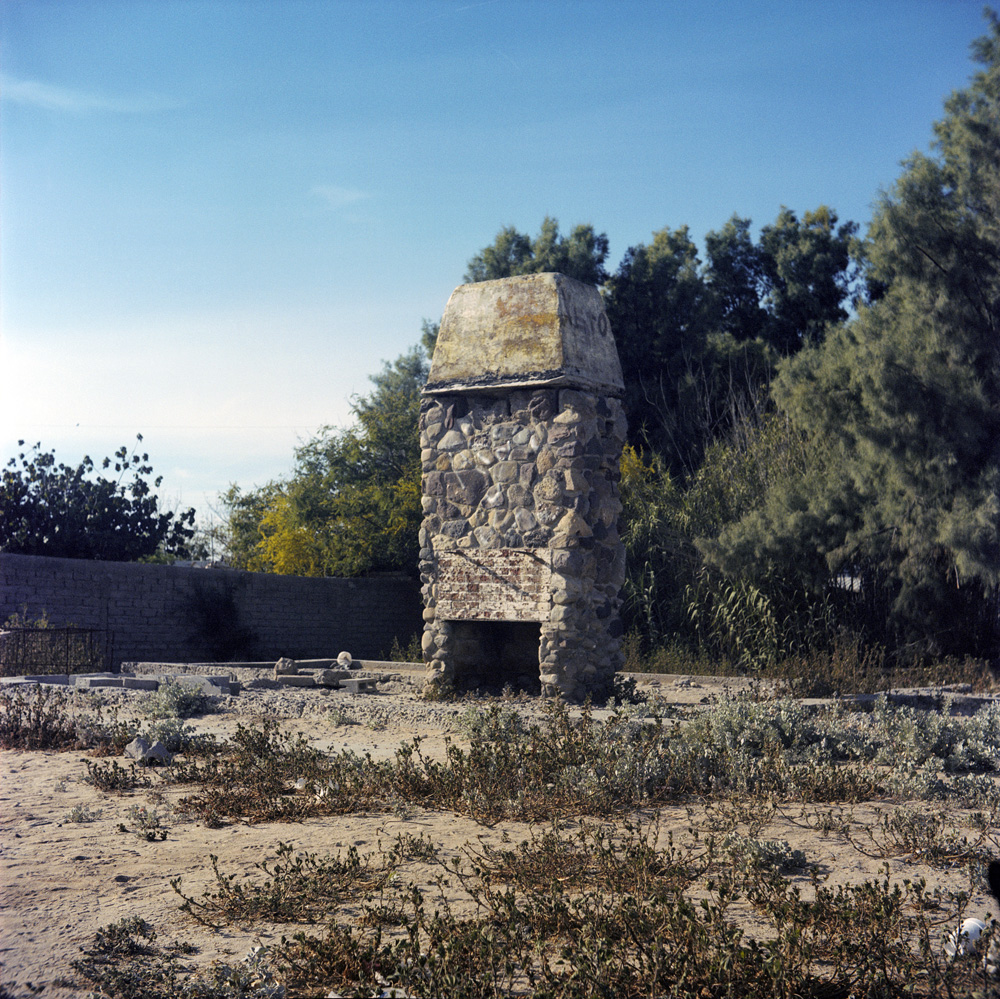 About his series Nostalgia for catastrophes by Juan Antonio Molina

The title ‘Nostalgia for Catastrophes’ quotes a phrase from one of the characters in the novel Recuerdos del Porvenir, by Elena Garro. This familiarity with a fiction text is one of the narrative strategies that Oswaldo Ruiz has used in some of his most suggestive projects. On this occasion, the aim is to allude to the two essential substances of Garro’s story: memory and time. An excess of memory (even the stones remember) and a mythical time, circular and recurrent.

The inertia of the photographed objects, the desolation of the spaces, the absence of action and therefore of actors, contribute to reinforce an atmosphere of boredom, even heavier than that of the novel. In Garro’s text, tedium is narrated, while in photographs the tedium suggests an absence of narration or, what could be more dramatic, an absence of a narrator. Oswaldo Ruiz is photographing situations without apparent linkage and constructing visual structures that could be left out of a logical cause-consequence, which puts into question the most orthodox conceptions of what a “photographic narrative” is. 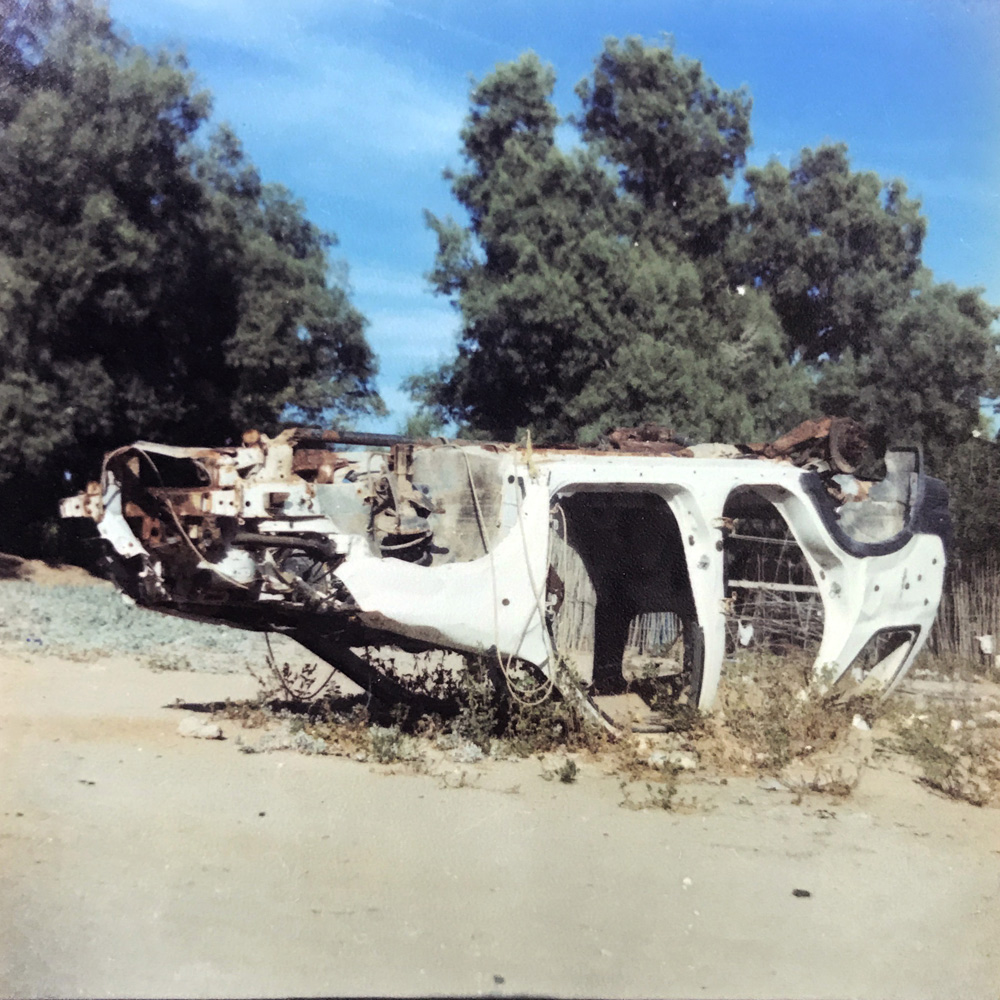 This author belongs to a generation of photographers who in the last two decades have been proposing new representations of space in Mexico, substituting the concept of landscape for territory and place, and even for no-place. If this last concept has been so attractive to him, it is because it provides a conceptual argument for his fascination with empty spaces, solitude and the stillness of objects.

Photographing abandoned factories, empty structures, spaces that represent the decadence of industrial modernity and the ideals of progress, and in which the human has been displaced, Oswaldo Ruiz invites to think the dystopian in a double sense: social and historical, as a failure of utopia, distortion, almost reversal of the meaning of history, on the one hand, and as an irony of going in one direction and ending in a contrary direction, in an opposite place. 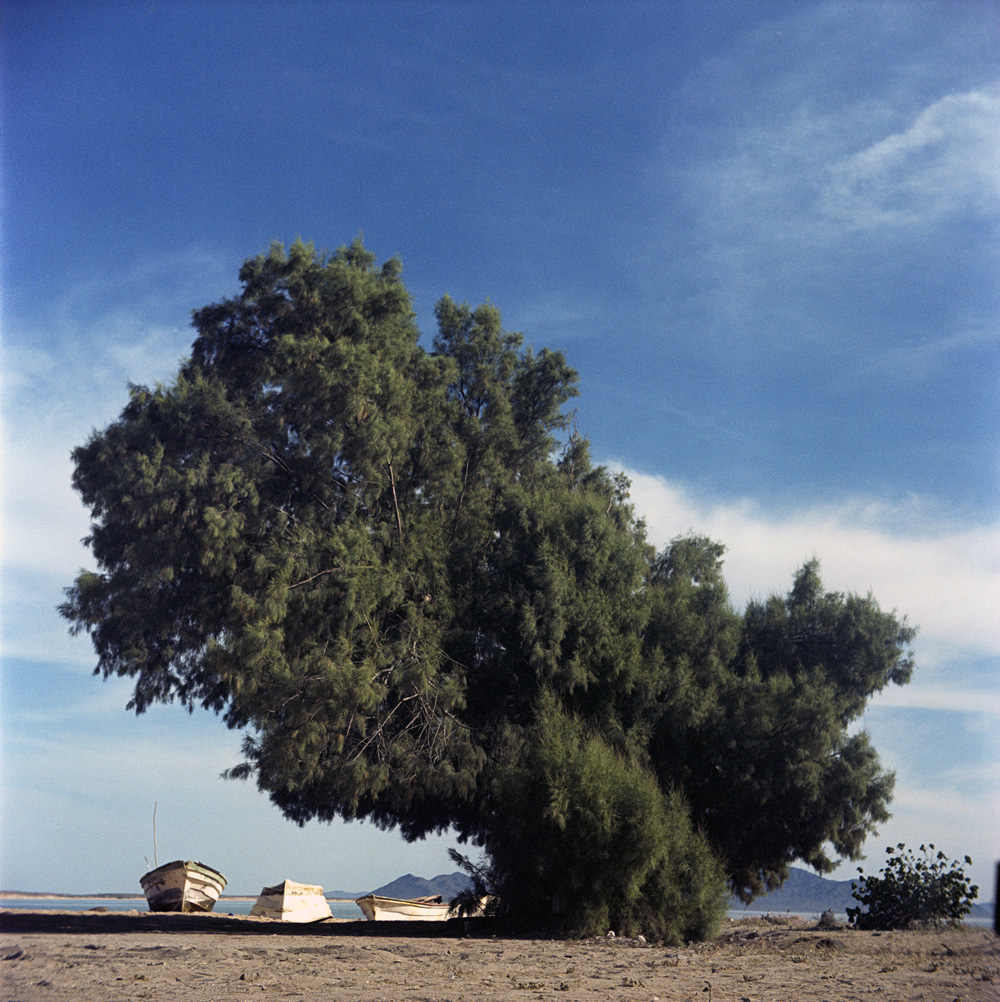 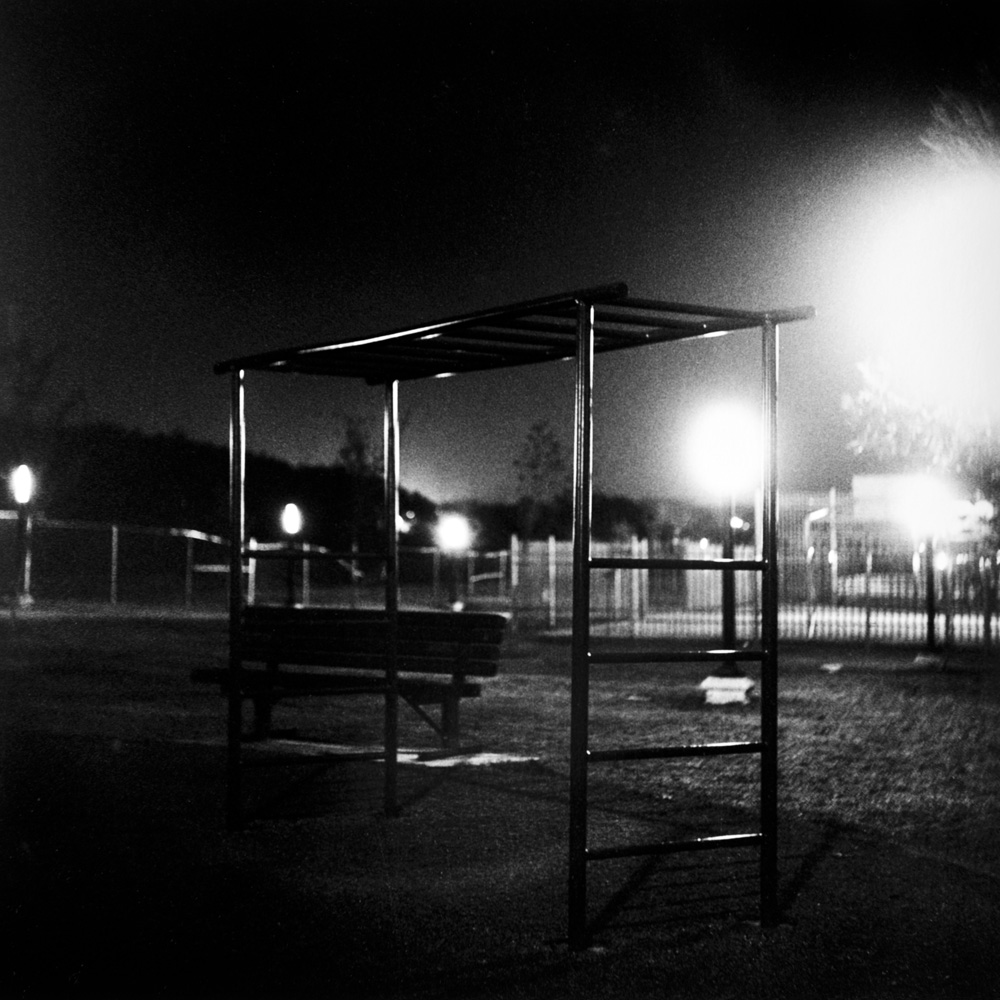 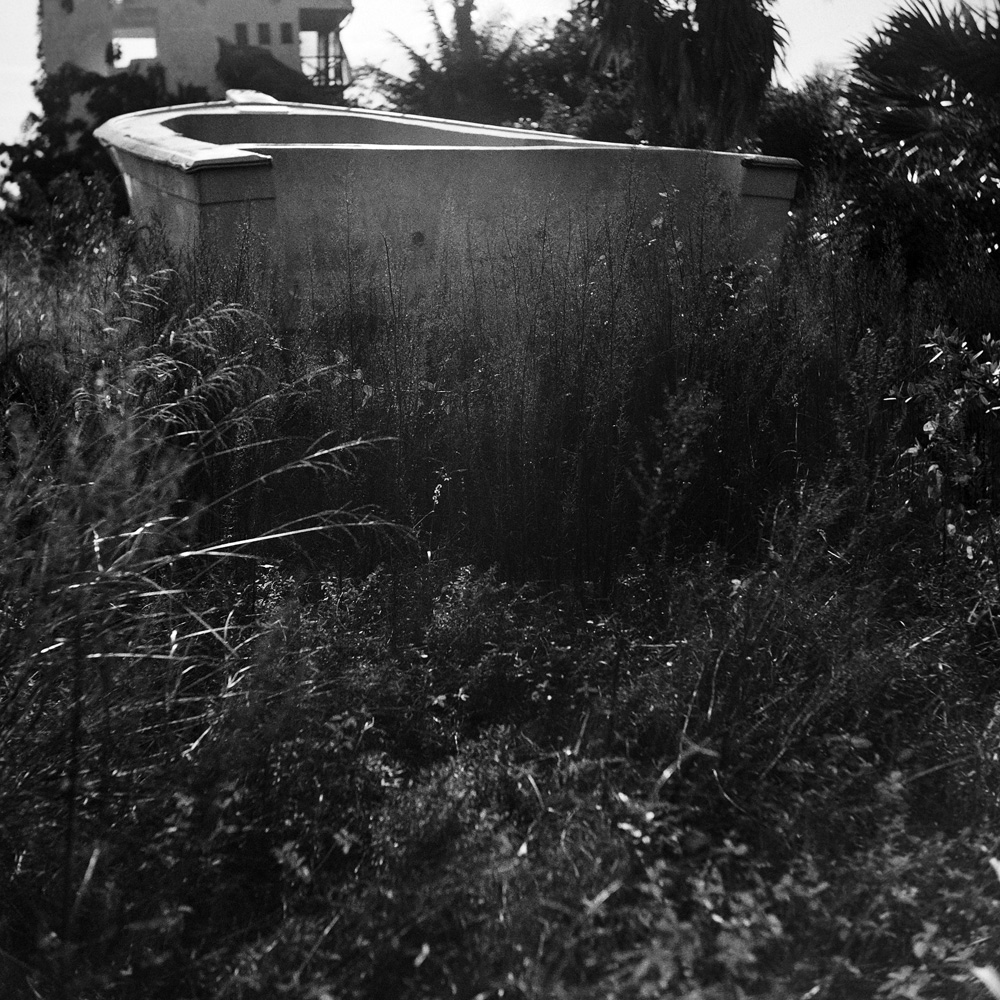 Oswaldo Ruiz was born in Monterrey, in 1977. He studied architecture, a profession he would soon abandon to pursue photography. Interested in expanding his knowledge, he completed postgraduate studies in psychoanalysis, philosophy and history of art at the Universitat Autònoma de Barcelona (UAB) and later in 2006 he studied his master’s degree in Fine Arts at Central Saint Martins College, London.

By using the dark of the night as a subject for his photographic work, from 2004 to 2012, he developed different projects with which from a kind of archeology of the everyday, he explored the light / dark, conscious / unconscious, life / death dualities.

In 2015, after two years of searching and experimenting with new languages, he began to work as an assistant to Graciela Iturbide, who led him to rethink his photographic work with more complexity and to reprise analog photography, which he now combines with digital images and video.

With Welcome to Paradise, his most recent project, he portrays different enclaves of Latin America to deconstruct the idea of city and to extract images of some of the archetypes that inhabit them, where ruins and images of science fiction dialogue together.

His photographs have received different awards such as the SIVAM Award (2006), the Petrobras-Buenos Aires Photo Award (2006) and the Acquisition Prize at the II Biennial of Visual Arts in Yucatan (2004). It has also been published in various books, magazines and catalogs, and exhibited at national and international fairs. 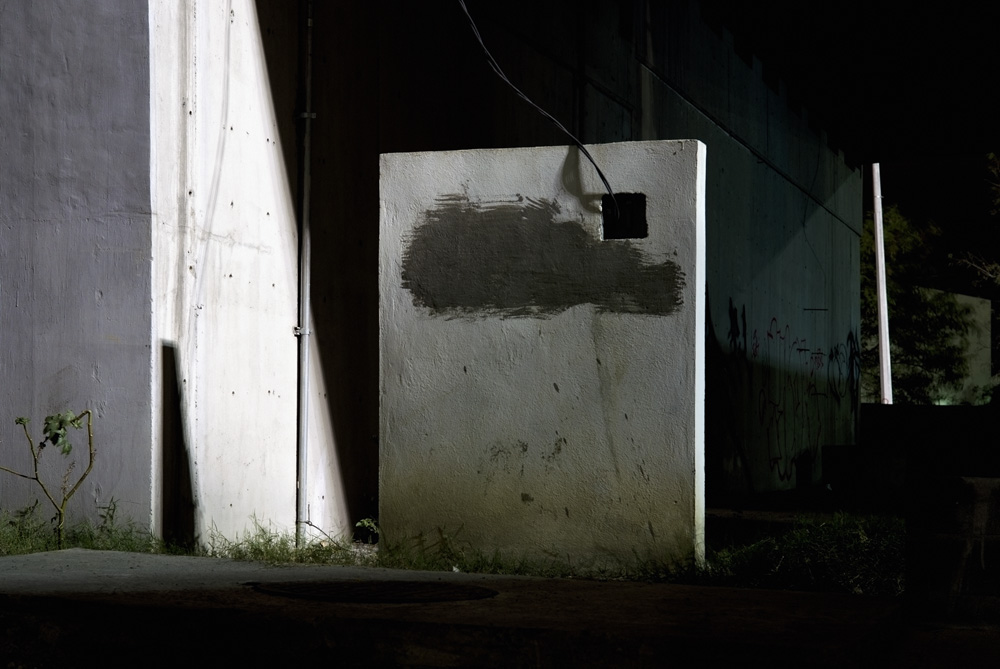 ©Oswaldo Ruiz, Under the Bridge, 2016, from Welcome to Paradise/Courtesy of the Patricia Conde Gallery, Mexico 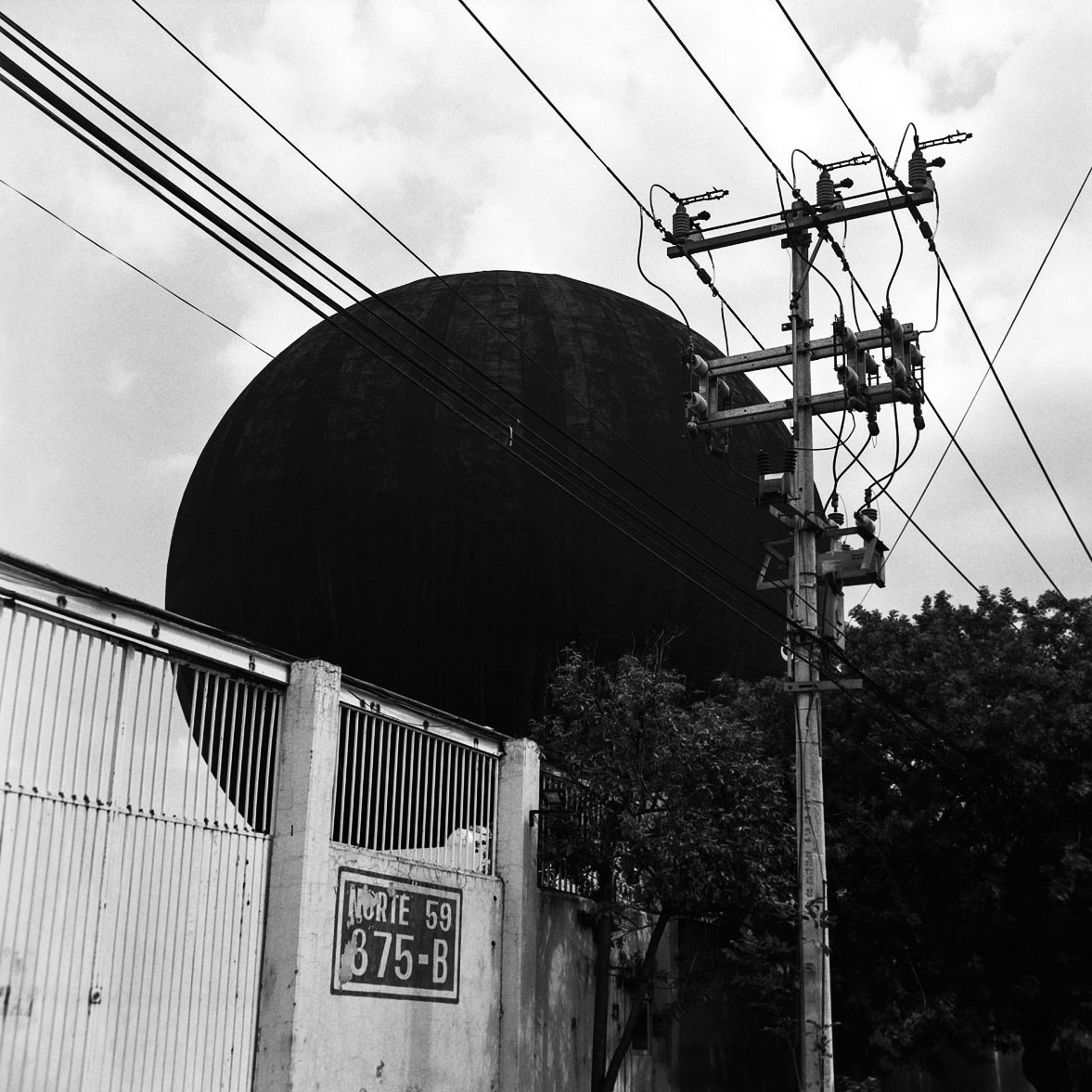 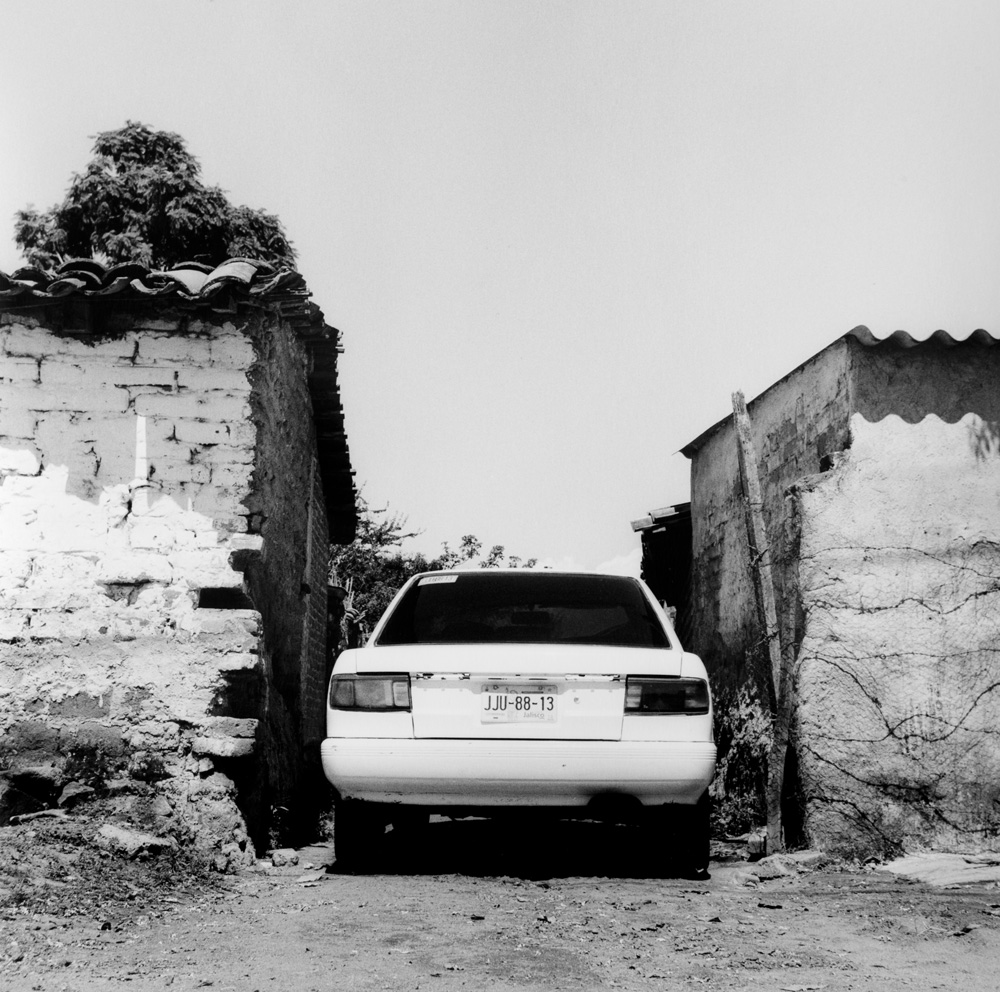 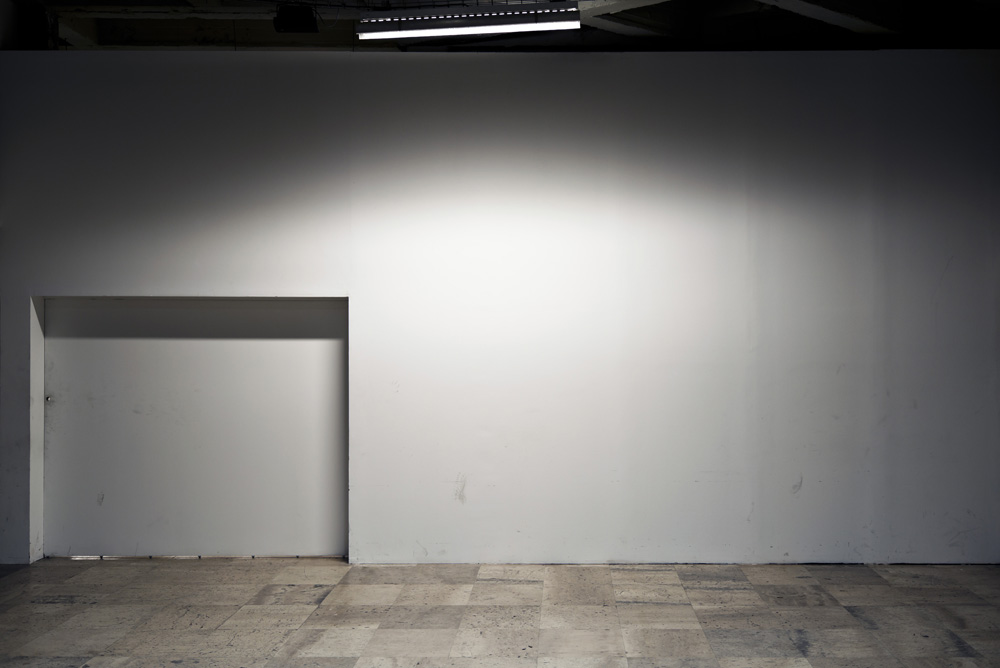 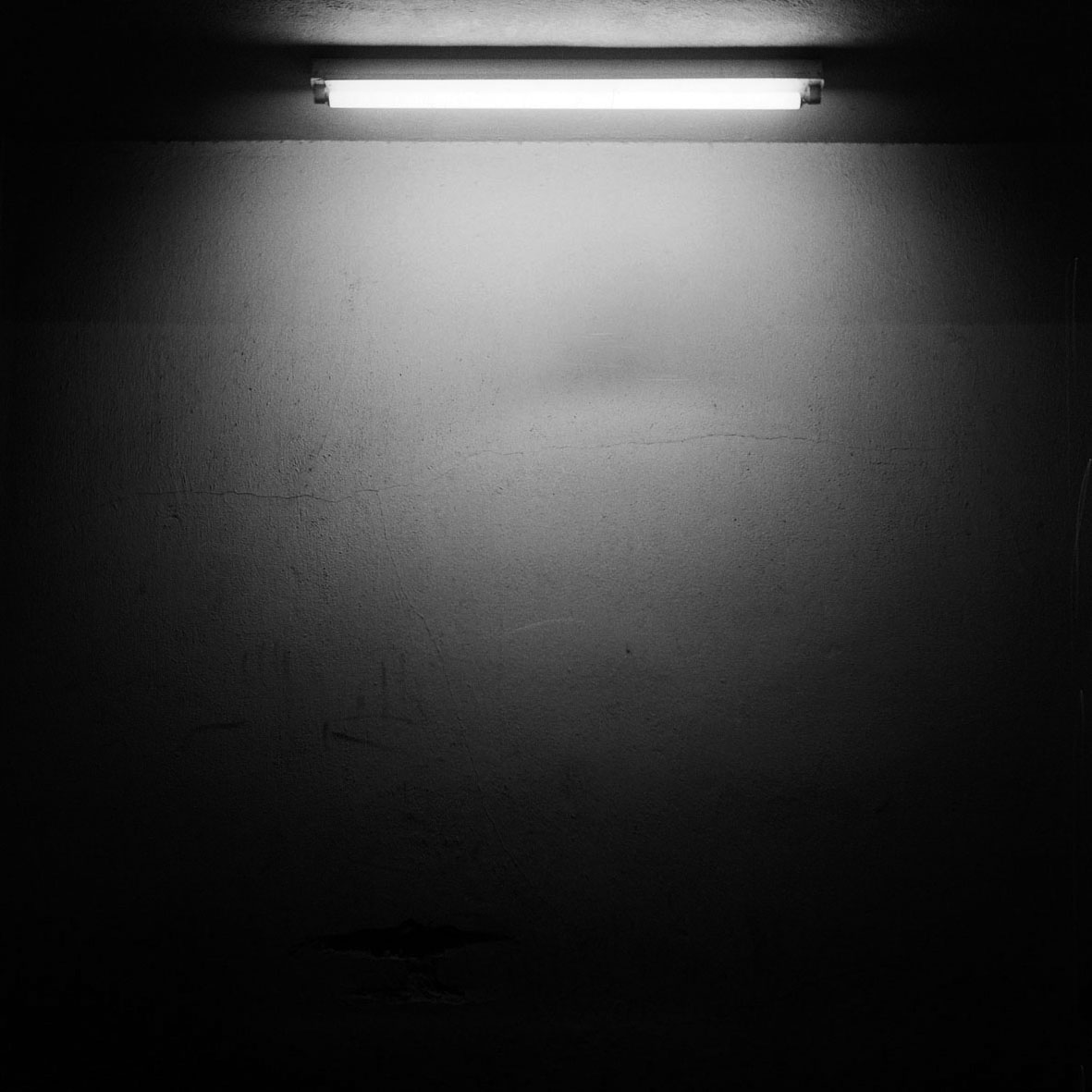 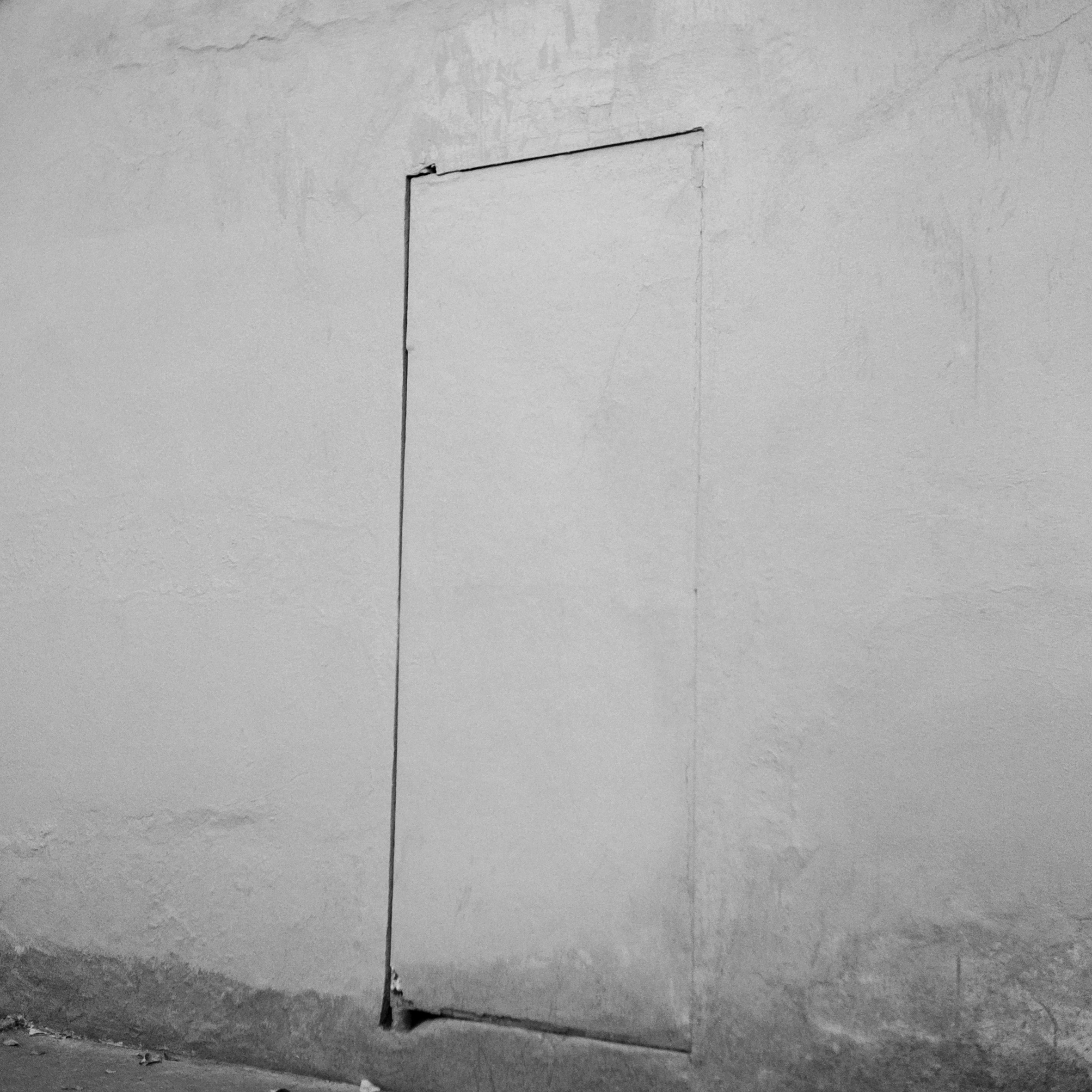 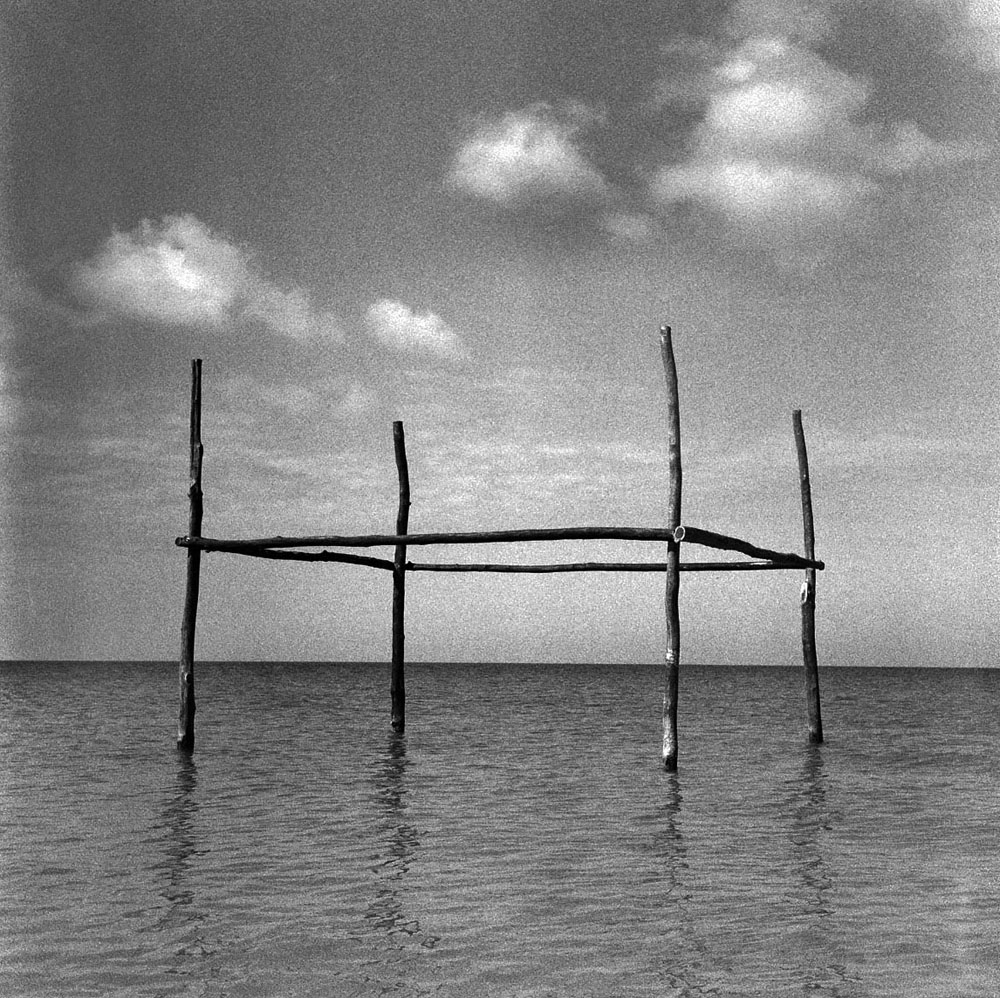 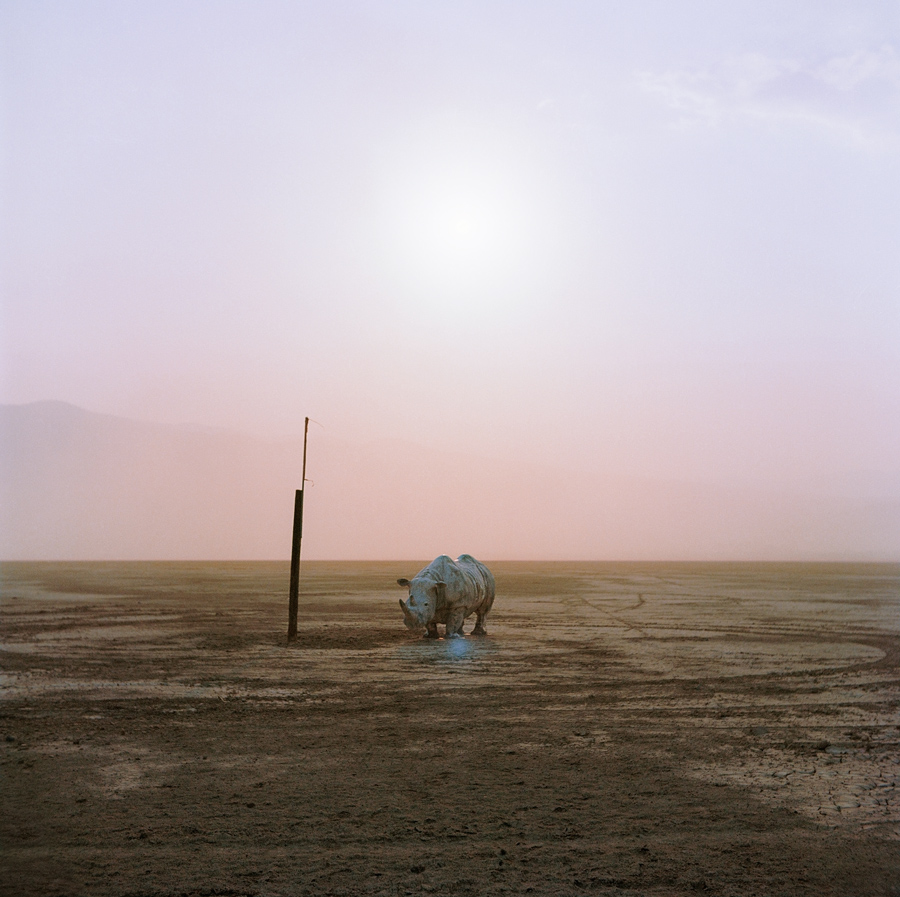