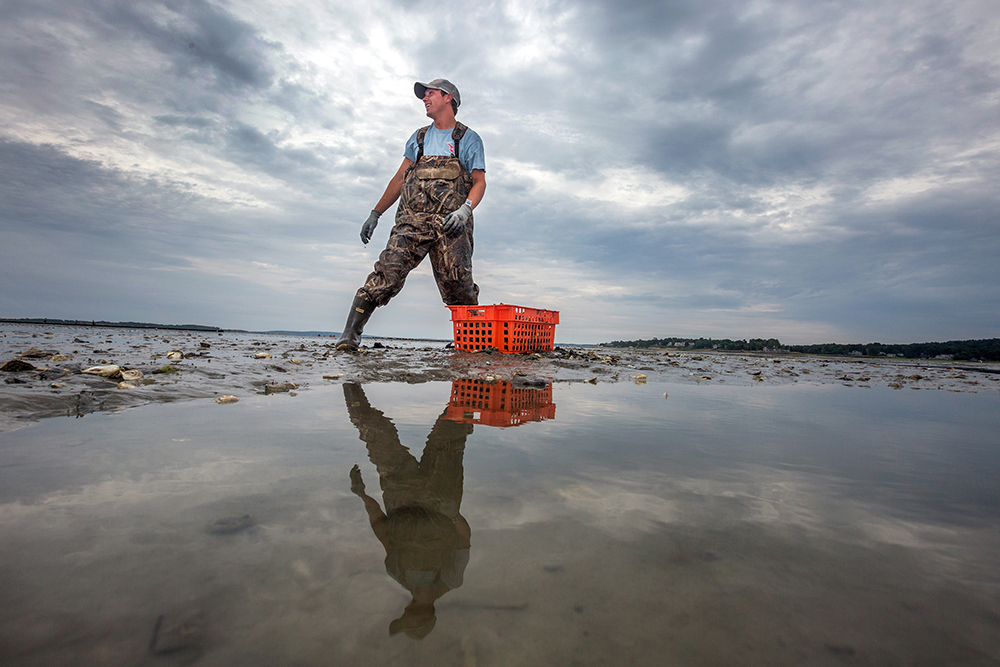 ©Lauren Owen Lambert, Colin Dowd, a farmer with Merry Oysters, harvests shellfish on the tidal flats of Duxbury Bay in Massachusetts. Oysters are filter feeders and can mature to market size in one year, making them both good for the oceans and good for the local economy.

Over this week and some of next, Blue Earth Alliance will share significant projects that speak to our earth and environment. Blue Earth believes documentary photography can inspire positive change. They support visual storytelling on critical environmental and social issues through direct assistance to photographers and a collaborative community of professionals. “The link between compelling documentary photography and our collective motivation to change attitudes, behavior, even policies – is strong.”

Lauren Owens Lambert’s ongoing project, The Farmer and The Fisherman, about New England’s coastal fishing communities introduces us to the people who are working to preserve the Northeast’s marine environment and the historic industry on which it depends. Through her photographs, which are rich in detail and information, we meet people working in different aspects of the fishing industry, as well as scientists and conservationists W see the environment they are all struggling to protect, and learn about the challenges they face and the solutions they are working towards. – Blue Earth Alliance

Lauren Owens Lambert is a freelance photojournalist based in the Boston area whose work has a creative focus in documenting social and behavioral adaptations to environmental stressors. Her creative objective is to both inform through the facts and connect through emotion. In her work, she places people as part of natural cycles, a perspective that is sometimes lost in contemporary society. Her work has been published by The New England Center for Investigative Reporting, The Nature Conservancy, The Ground Truth Project, NBC and The Boston Globe. 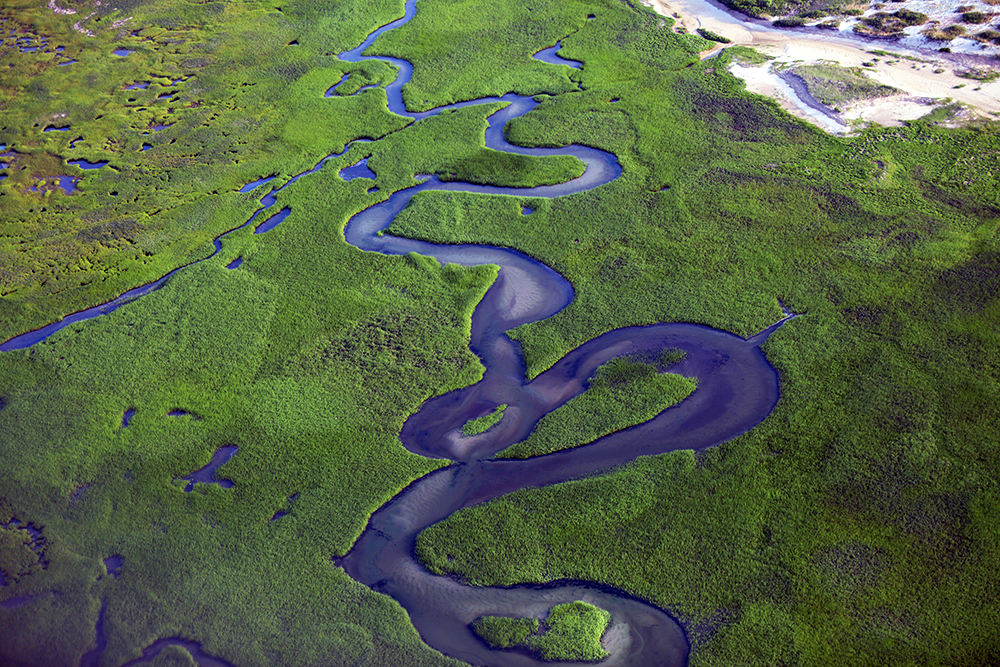 ©Lauren Owens Lambert, A river winds its way from the ocean at Hatches Harbor on the tip of Cape Cod in Massachusetts. Marine fish, shellfish, crabs and lobsters rely on salt marsh habitats at critical life stages, and the health of these ecosystems has a direct relationship with wild fish populations.

The Farmer and The Fisherman

“The Farmer and The Fisherman” is a documentary project exploring the changing livelihoods and cultural identities of coastal fishing communities at the forefront of climate change and shifting economies. With ground fishing being the first colonial industry in America, fishing became a way of life in the Gulf of Maine, which extends from Southeastern Canada down the coast of New England. With some 400 years of commercial fishing history in the Northeast, wild fish stocks are some of the most stressed in the nation, and climate change is hurting the fishing industry with rising sea levels, intense coastal storms, ocean acidity and rising sea temperatures, changing fish behavior and location.

Over the past decade the Gulf of Maine sea temperature rose faster than 99% of the rest of the world. Fish are becoming less productive and are facing higher mortality rates with warmer waters and shorter spawning seasons. Ground fish and lobsters are migrating to deeper and colder water making the journey for fishermen more time-consuming, less productive and more expensive in some locations, while others are experiencing a boom. This movement makes accurate monitoring and appropriate policy making a challenge, leading to an increase in tensions between fishermen, scientists, regulators and the rising aquaculture industry. Local stocks such as the Atlantic salmon and Maine shrimp have collapsed, and the iconic Cod is not far behind with stocks shutting down from Cape Cod to Canada. In March of 2016 the Maine Department of Marine Resources paid out $3 million in disaster relief funds to 32 qualified fishermen because of a “major reduction in Gulf of Maine cod quota available for the 2013 fishing year,” states The Ellsworth American. 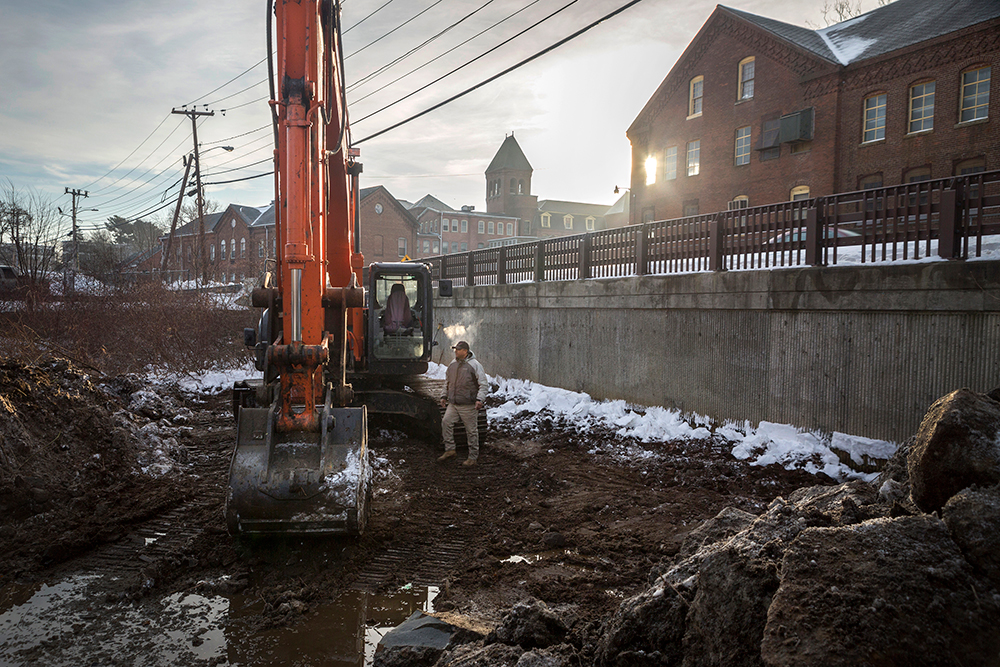 ©Lauren Owens Lambert, Luciano Ribeiro of Luciano’s Excavation Inc., operates heavy machinery to remove the West Britannia Dam on the Mill River, a tributary of the Taunton River in Taunton, Massachusetts. The removal of this dam will open up more then 30 miles and 400 acres of lakes and ponds to migratory fish.

Fishermen are losing their jobs and are being forced to think about how to adapt or move on. Shellfish, seaweed and fish farming are becoming more and more popular in New England, and with the increase of aquaculture some traditional fishermen are trading in their boats for pens, while others are working on restoring ecosystems and gathering data to support the increase of wild fish stocks.

Because of habitat loss due to intense colonial dam construction and overfishing the coast, the wild Atlantic salmon now makes up only 0.5% of the available stock in world fish markets and is considered commercially dead. The Atlantic salmon is farmed in North Atlantic waters ranging from Canada to Norway and efforts to expand this practice to halibut and other fin fish such as cod are in process. With a combination of smart aquaculture methods and conservation efforts through habitat restoration people are trying to help the wild Atlantic salmon populations rebound. – Lauren Owens Lambert 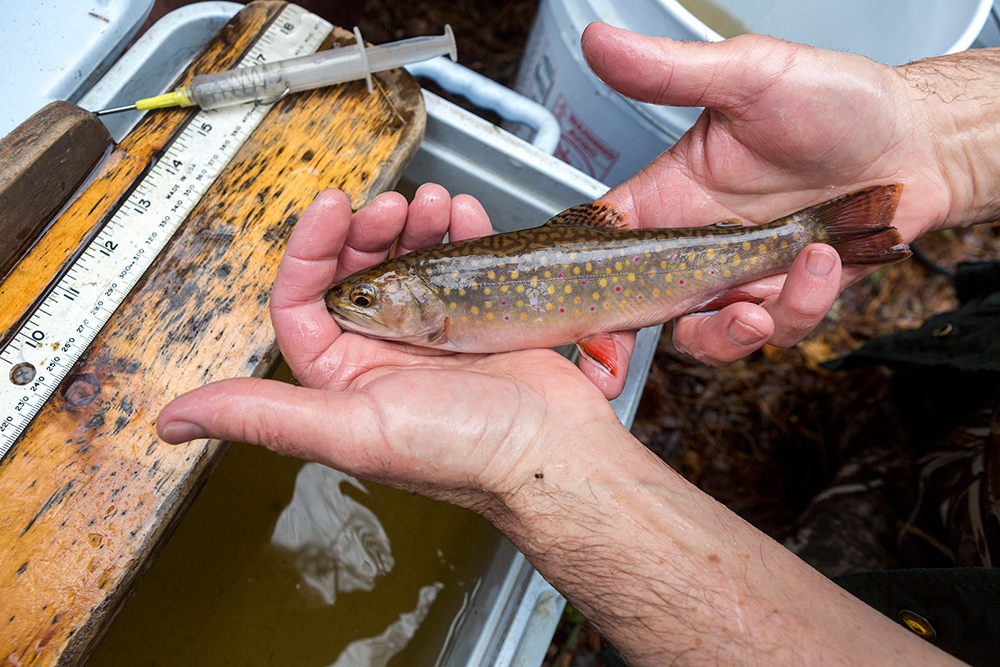 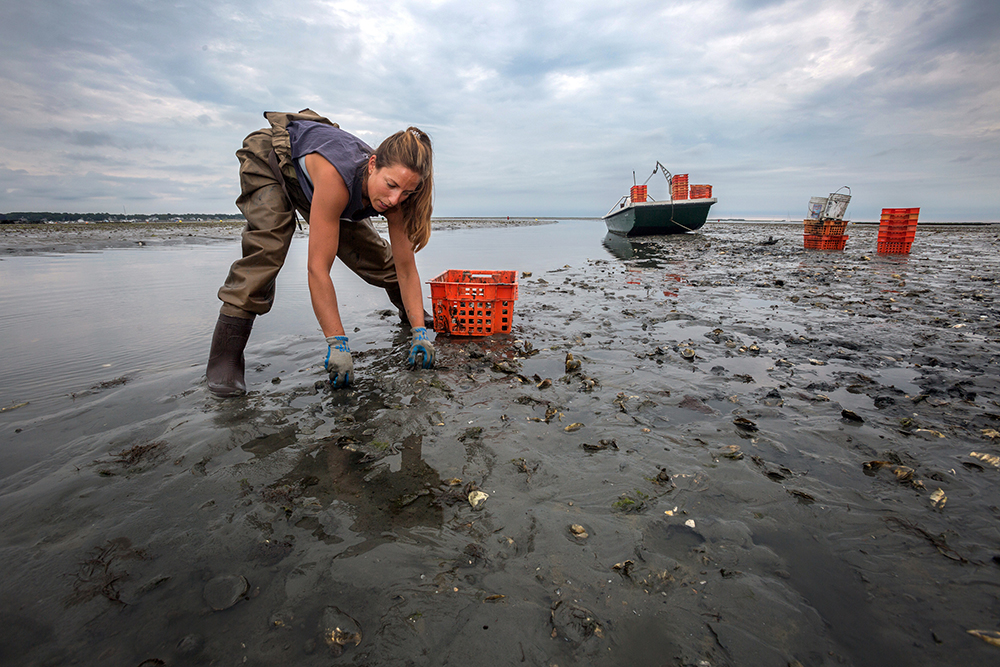 ©Lauren Owens Lambert, Jenny Mattern, Farm Manager of Merry Oysters, works on the flats of Duxbury Bay in Massachusetts. Oysters grow on the flats and when the tide permits, the team hand picks them out of the mud. 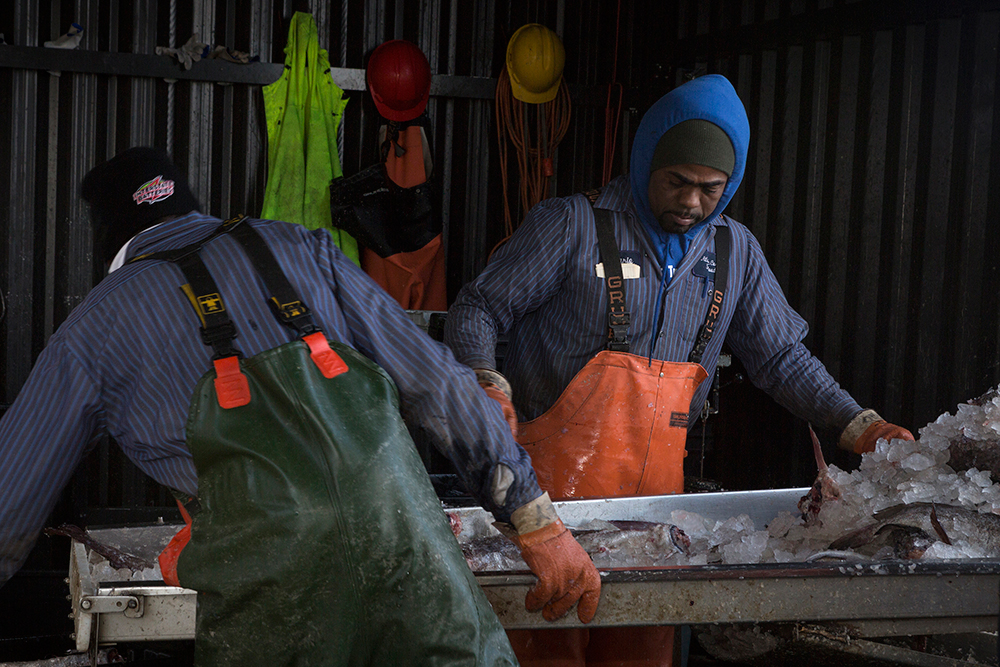 ©Lauren Owens Lambert, Employees at the Boston Fish Pier in Massachusetts offload and sort hake from a fishing vessel. The Gulf of Maine is one of the 10 most productive marine ecosystems in the world. The global fisheries industry, both directly and indirectly, provides the livelihoods of 10 to 12 percent of the world’s population. 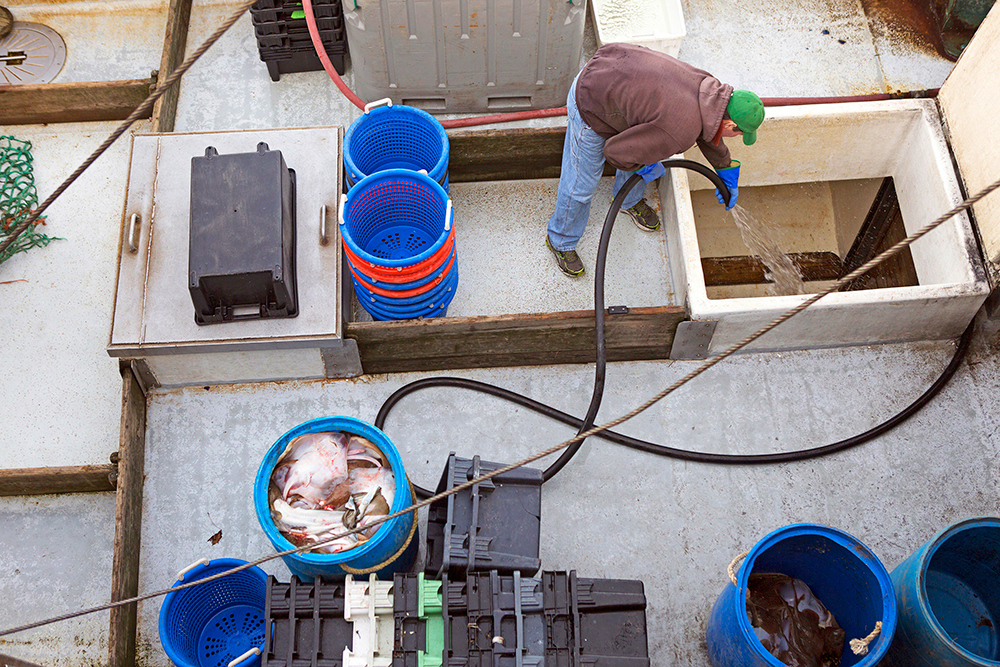 ©Lauren Owens Lambert, Employees at the Boston Fish Pier shovel ice from tall mounds to pack freshly caught fish in preparation for shipment both locally and across the world. More than 60 percent of the world’s fisheries are in decline or are over-fished, and people lack the information to properly manage the health of more than 90 percent of the world’s oceans. 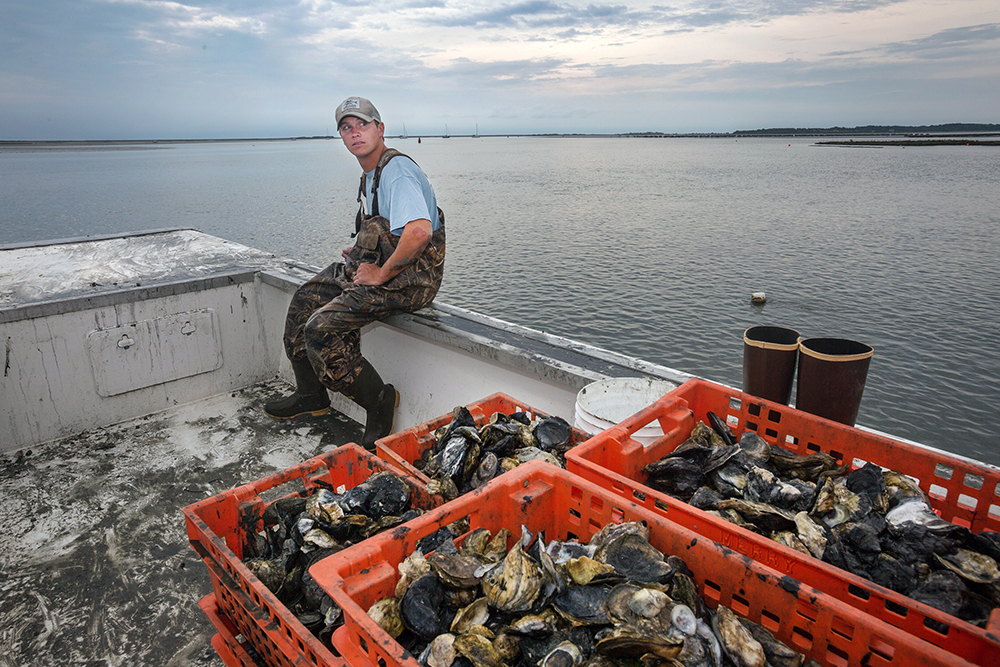 ©Lauren Owens Lambert, A crew member of the Cheryl Ann in Scituate, Massachusetts, cleans out the holding tanks after off-loading the catch of flounder and skate from several days at sea. In 2010 there were 16 fishing vessels in Scituate, which dropped down to only five in 2015. 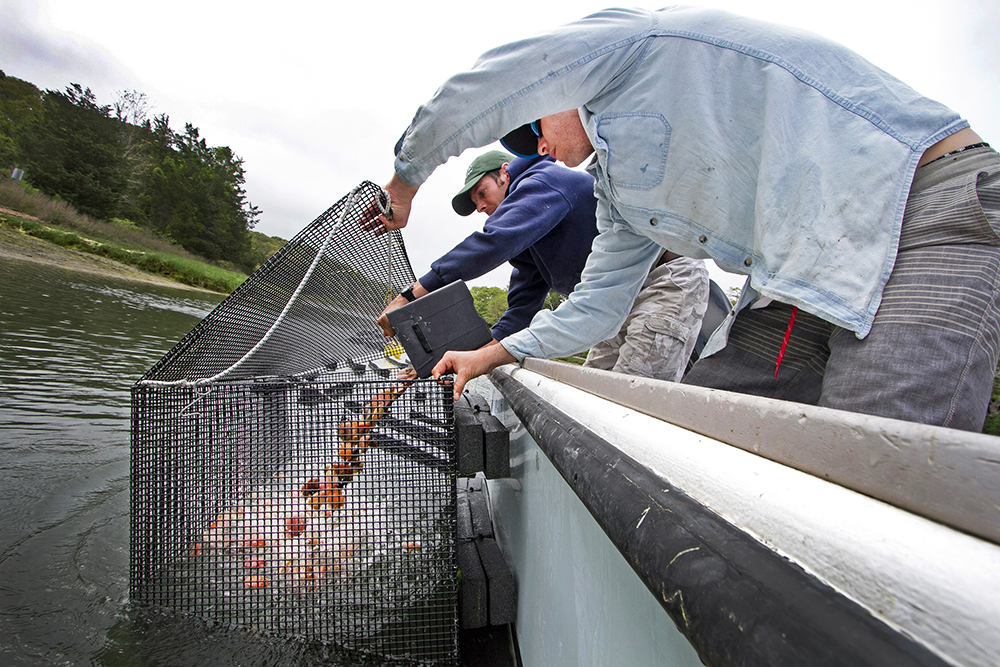 ©Lauren Owens Lambert, Colin Dowd, an oyster farmer with Merry Oysters, sits on the side of the boat on his way back from harvesting oysters in Duxbury Bay, Massachusetts. 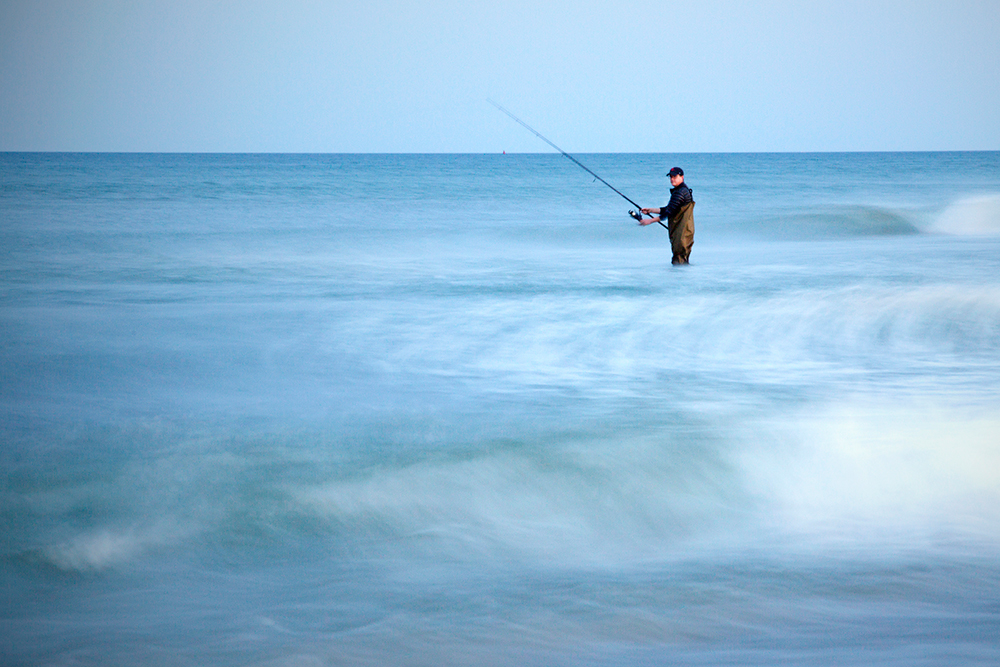 ©Lauren Owens Lambert, Rows of cadges filed with oysters sit on the tidal flats of Duxbury Bay in Massachusetts. Merry Oysters delivers trucks to the Boston Fish Pier, where Legal Sea Foods then distributes the bags to its 35 restaurants. 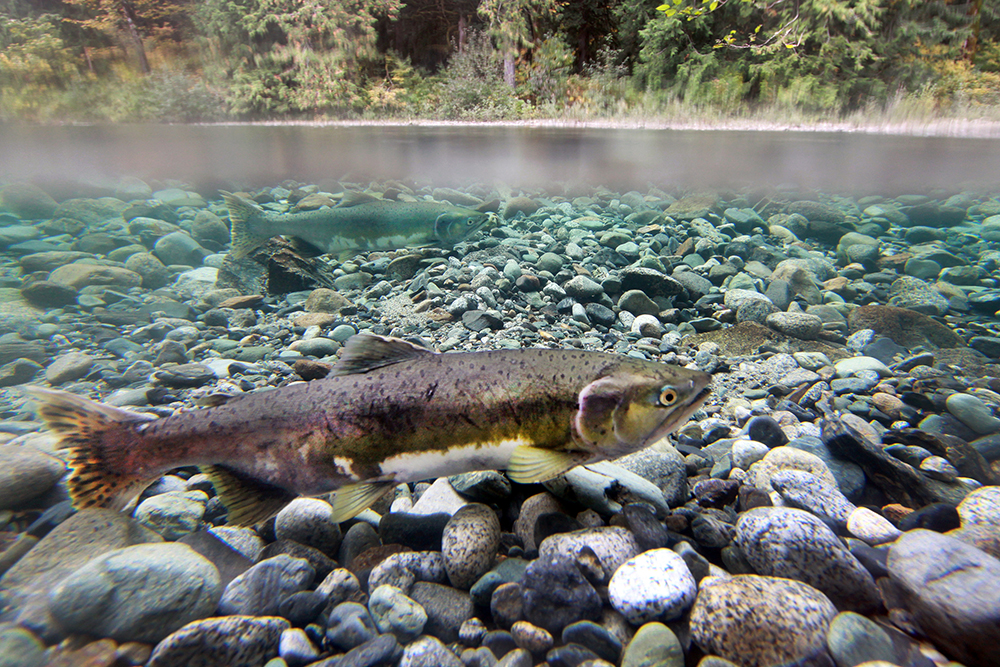 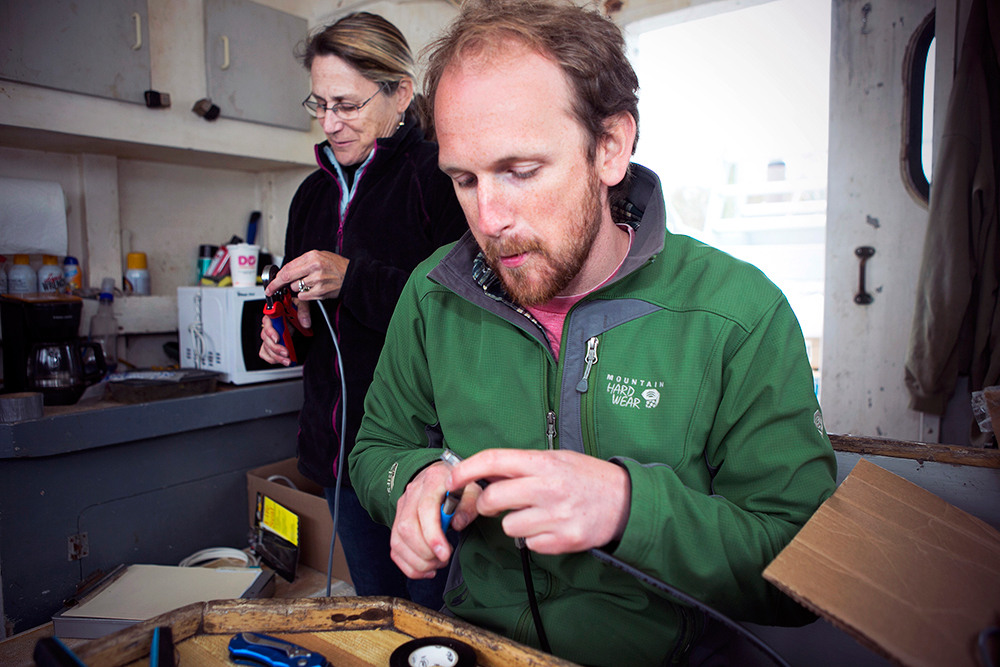 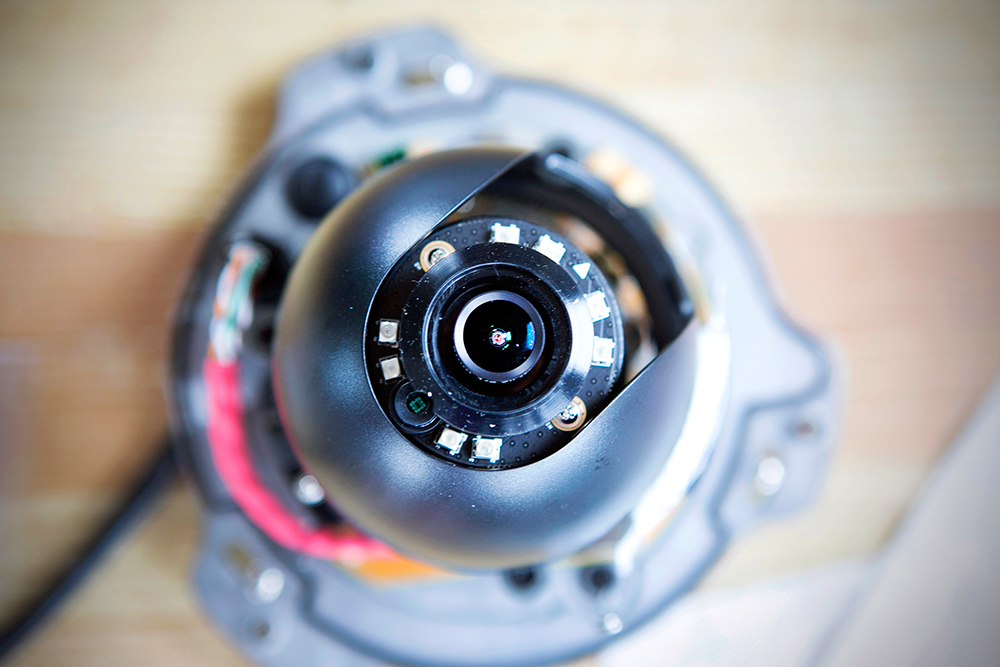 ©Lauren Owens Lambert, A video camera provided by Archipelago Marine Research based out of British Columbia is assembled on the Dawn T fishing vessel at Saquatucket harbor in Harwich, Cape Cod. The Nature Conservancy is partnering with local fishermen to adapt new monitoring technologies to gather data and create and best management practices. 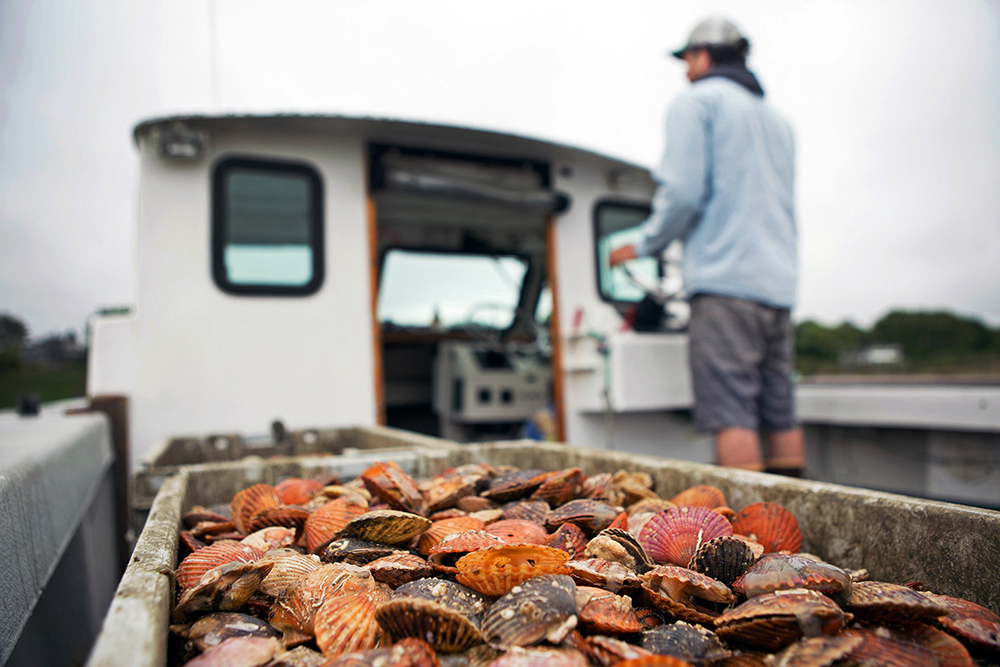 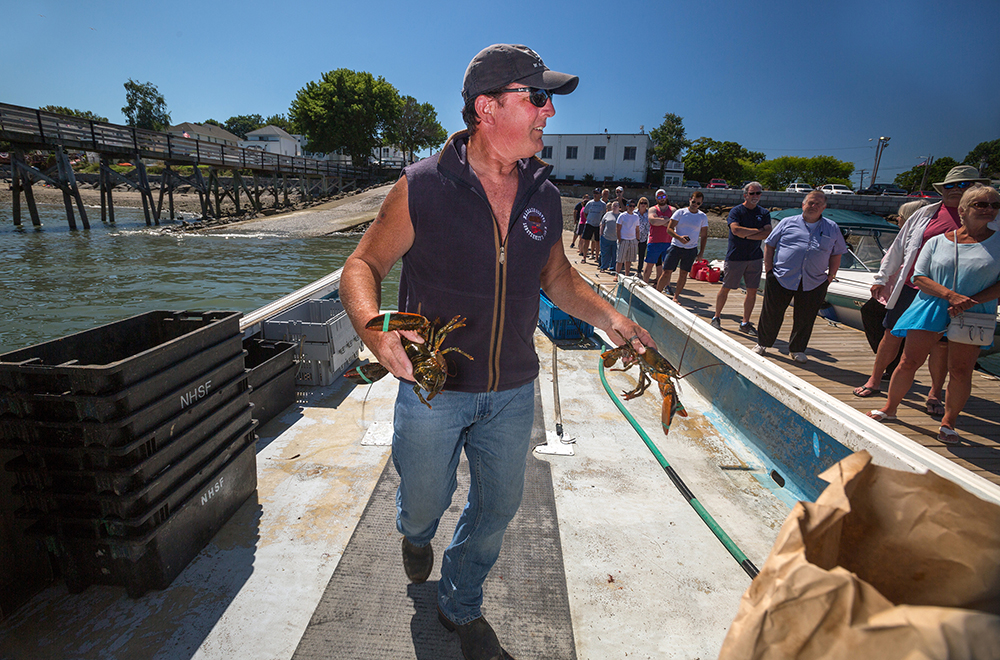 ©Lauren Owens Lambert, Captain Steven Holler sells fresh-caught lobster to a line of customers off his boat in Hough’s Neck on a July Saturday. Holler sells lobsters from 3-6 pm on Fridays and Saturdays through the months of June, July and August. The lobster population could decline between 40 percent and 62 percent over the next 32 years, depending on how much waters continue to warm in the Gulf of Maine, researchers have found.