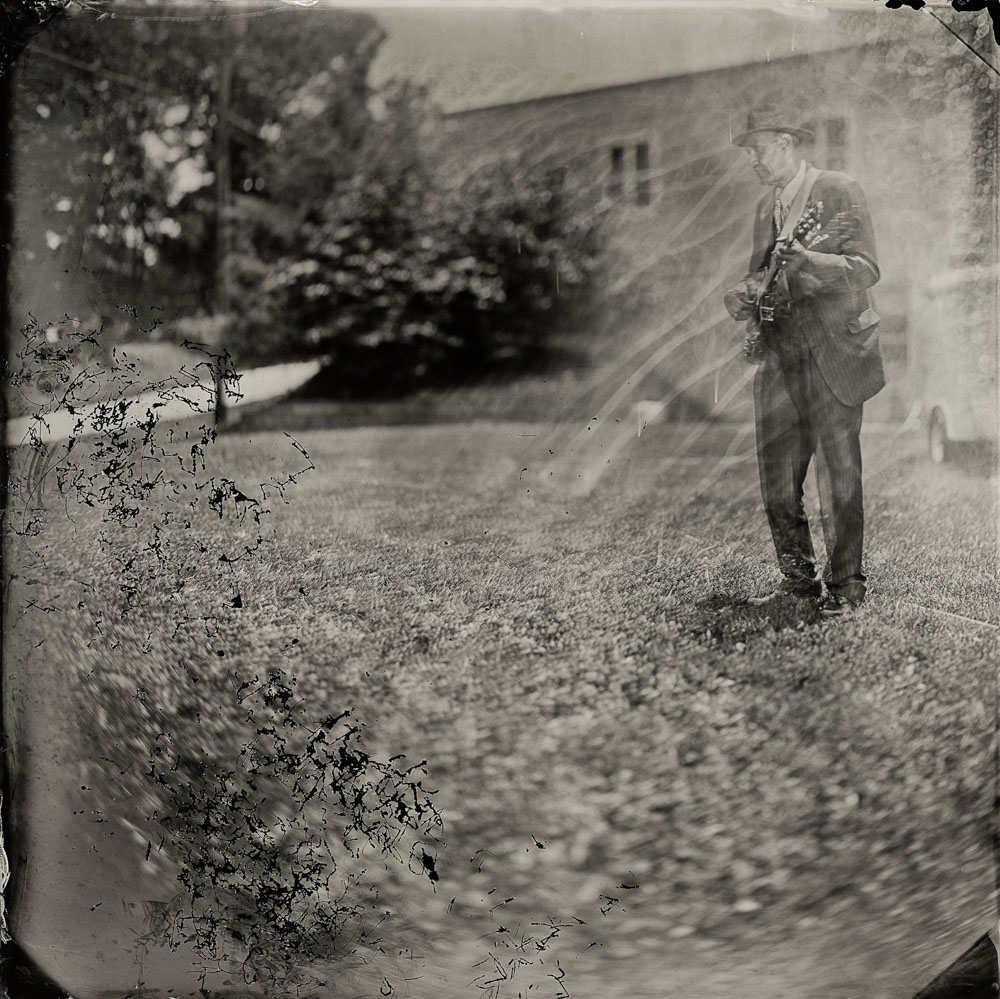 “Timothy Duffy, like many of the musicians his photographs portray, has the ability to meld past and present into a joyful, singular moment of timelessness. His images movingly convey the soul of his subjects and of the places in which they live.” – Sally Mann

Timothy Duffy has been photographing musicians throughout the Southeastern U.S. for over thirty years and has two exciting presentations of his work on the horizon. First, a new book, Blue Muse: Timothy Duffy’s Southern Photographs, that features portraits of blues, jazz, gospel and folk musicians and places they live and perform. The artist’s monograph  is published by the University of North Carolina Press in association with the New Orleans Museum of Art. In addition to the book, a compilation album featuring the music of the artists featured will be released by Music Maker Relief Foundation.

Second, the New Orleans Museum of Art (NOMA) will present Timothy Duffy: Blue Muse, Preserving the Roots of the American South, on view April 25, 2019 through July 28, 2019. “Using a photography process invented in the United States in the nineteenth-century, Timothy Duffy creates masterful one-of-a-kind tintype portraits of American musicians, preserving the faces of American roots music for future generations. Despite the importance of these musicians and the national legacy they represent, they remain little known, often outpaced by other popular performers who have built their own careers on top of the “roots” of these musicians and their ancestors.”

“Tim Duffy’s choice of the tintype aligns with a distinctly American history of photography, while his subjects represent one of the most important legacies in the United States,” said Susan Taylor, NOMA’s Montine McDaniel Freeman Director. “His work to preserve this part of southern culture is monumentally important. We look forward to sharing it with the city of New Orleans.”

The exhibition will feature artists from the American South, including local New Orleans legends such as Alabama Slim, Little Freddie King, and Pat “Mother Blues” Cohen, NOMA’s premier of Blue Muse will feature 30 of Duffy’s original unique tintypes. In order to give these underrepresented figures even greater visibility, Blue Muse will also include an outdoor component in which the museum will partner with a number of local sites to install enormous images on buildings around New Orleans, introducing the public to these musicians.
Duffy’s tintypes are an artful extension of his other occupation, as founder and Executive Director of the Music Maker Relief Foundation, which provides support and promotion for Southern American musicians. “In making these photographs, in compelling us to pay attention, look closer, know their faces, and learn their names, Duffy has enlisted one American tradition, the tintype.”

Timothy Duffy (born in New Haven, Connecticut, 1963) is a photographer and founder of the nonprofit organization Music Maker Relief Foundation. Duffy has been recording and photographing traditional musicians in the American South since the age of 16, when he became interested in ethnomusicology. He is best known for his intimate portraits of Southern musicians and their environments.

After earning his B.A. from Friends World College in Mombasa, Kenya, Duffy returned to the United States and completed an M.A.in Folklore at the University of North Carolina, Chapel Hill. In 1994, Duffy and his wife Denise founded Music Maker Relief Foundation to assist traditional musicians in need.

Duffy’s photographs were first published in Portraits and Songs from the Roots of America (2004), for which he was an editor. His second monograph We Are the Music Makers (2015) is set to be re-released by UNC Press in 2019. The images contained in We Are the Music Makers and his latest exhibition Our Living Past have toured nationally with support from the NEA.

Duffy’s work has been featured in TIME Lightbox as well as the NY Times LENS Blog. Duffy’s work is currently on display at Nasher Museum of Art at Duke University and is part of the permanent collections of the The New Orleans Museum of Art, Morris Museum of Art, Smithsonian National Museum of African American History and Culture and the National Gallery of Art. 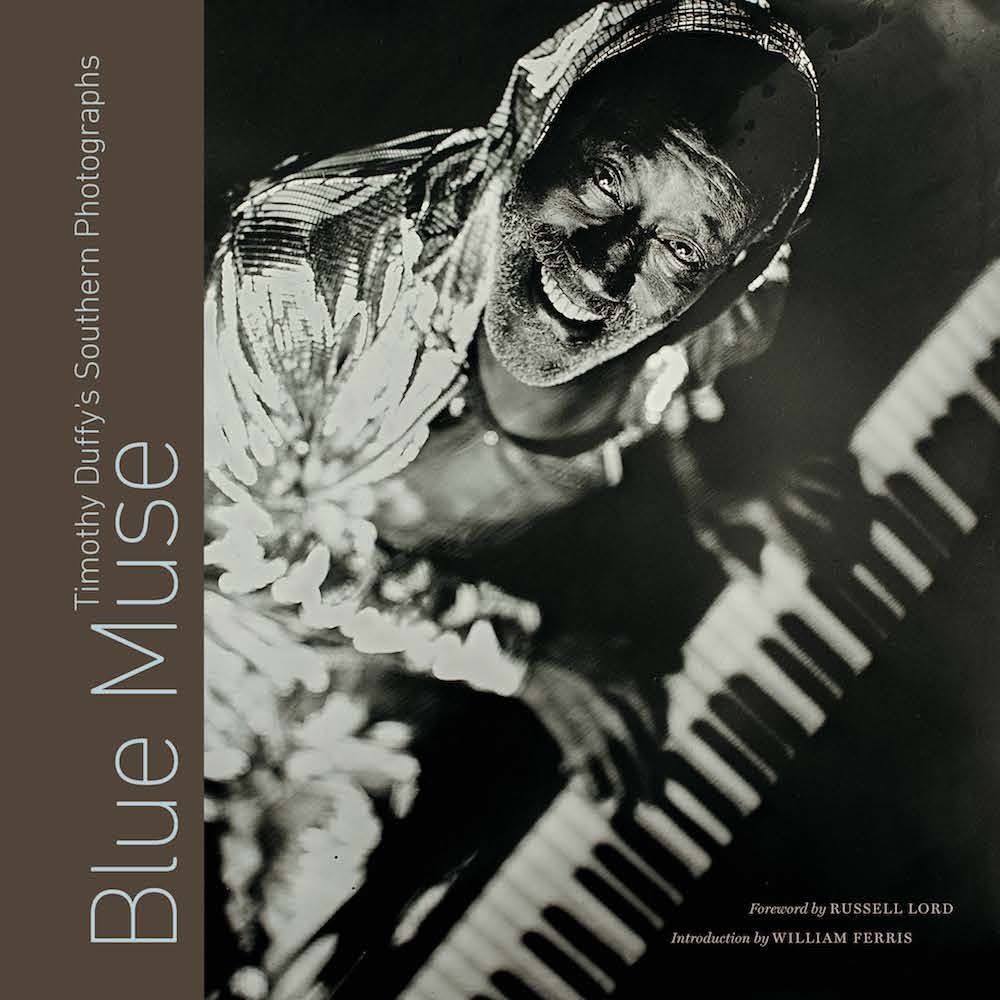 Many of the musicians I photograph are not famous. In fact, most of them were not easy to find. Primarily, they are senior African American roots musicians born of the South. Their ancestors were among the earliest to arrive as unwilling immigrants to our country, and many of the musicians featured in this book are the descendants of this continent’s indigenous inhabitants.

I render these musicians in black and white, even though their lives have often been defined by color. Cary Morin, a singer and songwriter portrayed in this collection, is a Crow Indian. He always thought he literally paled in comparison to the rich skin tones of his ancestors, until the day I photographed him with the wet-plate process used in those images. Cary was amazed by the deep hues of his skin rendered in tintype and was imbued with a deeper sense of belonging to his lineage. 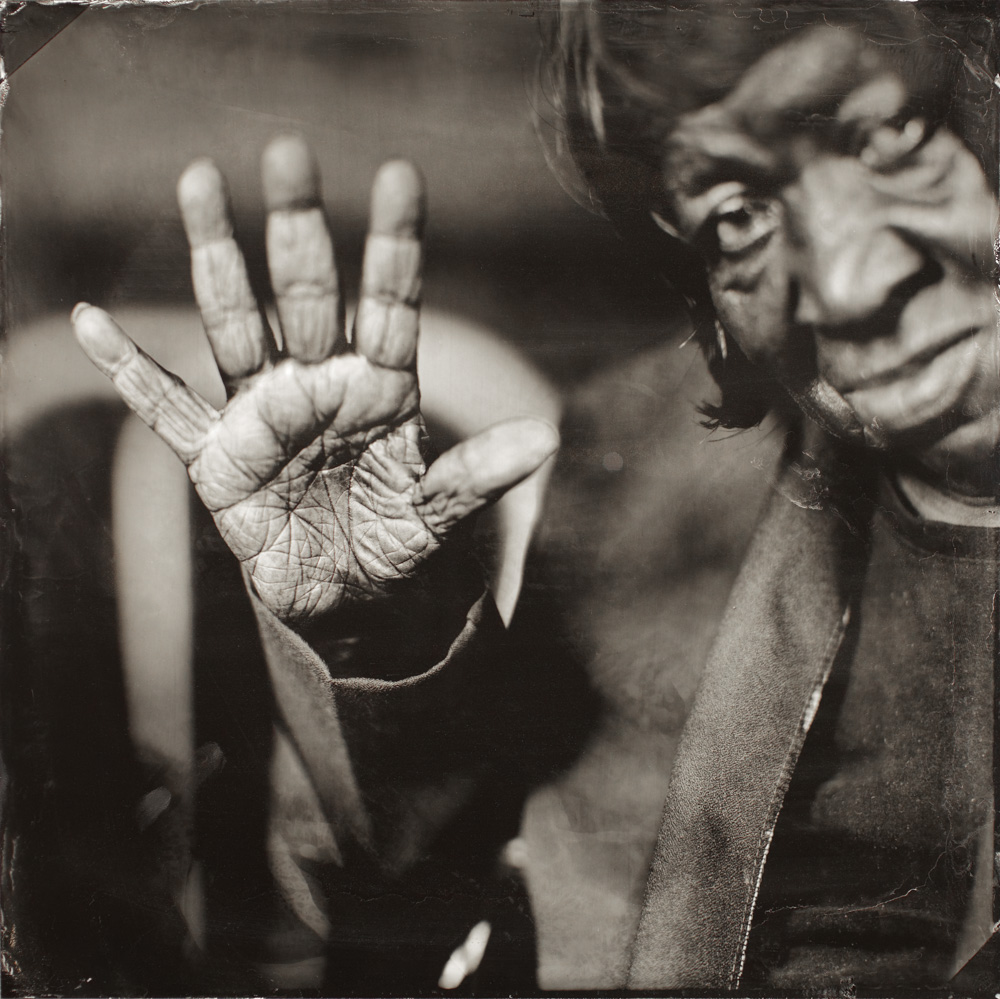 I intend this work to honor the significant contributions these creative, resourceful, and hardworking people have made over the past three centuries and continue to make today. The brave souls who collaborated with me on this art were raised in the days of Jim Crow and are now in their seventies and eighties. They have used music to make sense of hate and privation and strife and joy and love and the absurdity of it all. The cultural goods they carry straddle three centuries of American life: the agrarian world of the nineteenth century, the industrialization of the twentieth, and the technology of this new digital millennium, as do the photographic processes I employ here.

The wet-plate collodion process was invented in the 1850s, but I bring the technique forward, using twentieth-century lighting equipment and twenty-first-century digital technology in parts of the reproduction processes. While the images must be exposed and developed in less than 15 minutes, taking them is no simple production. Tintype cameras are enormous by modern standards and require cornea-searing lighting. Thus the photo shoot becomes a demanding theatrical event—just the sort of challenge these performers relish. In that moment of brilliant light, time stands still and we create a shared vision that reveals my subjects’ souls with depth and vitality. 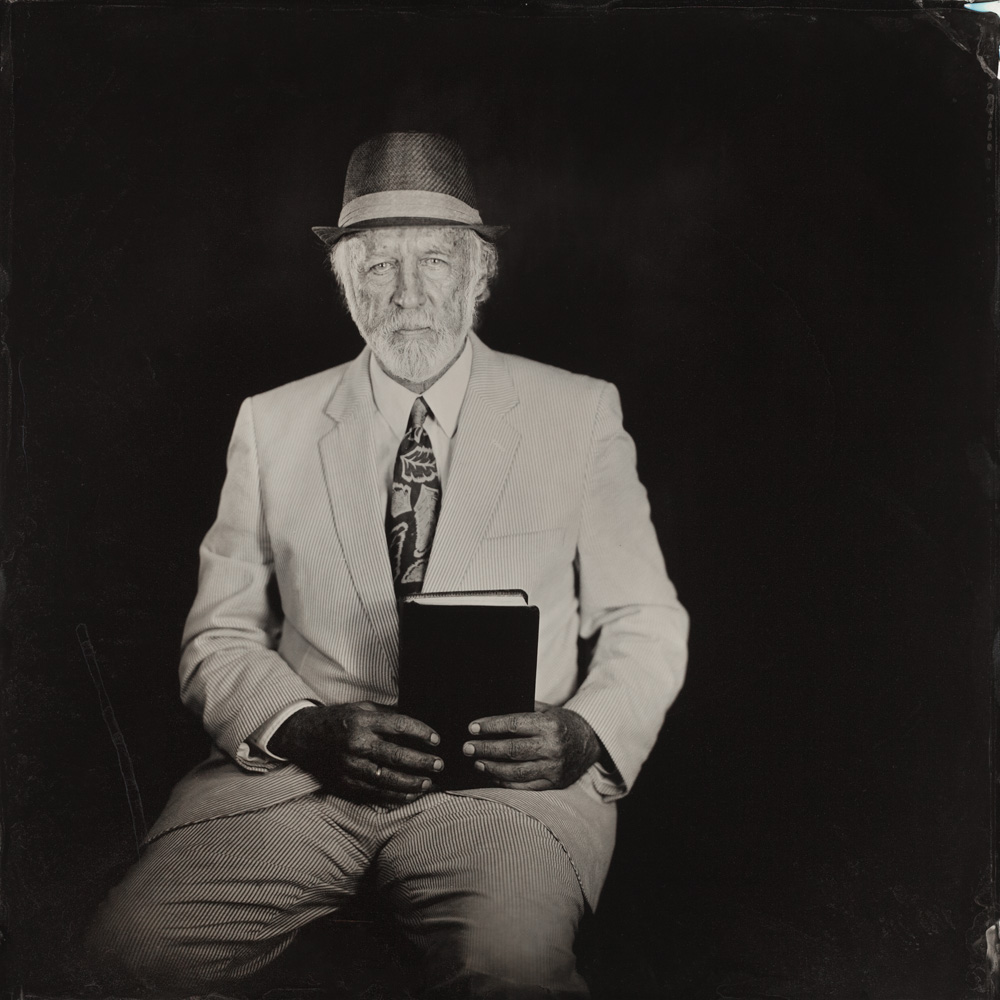 The visual results challenge our notions of time. What is contemporary? What is archaic? The past is complicated for Americans, but the struggle cannot be eradicated by averting our eyes from it. That we are suspended in time when viewing these portraits dares us to reckon with our past and our present in terms of racial equity and societal progress. – Timothy Duffy 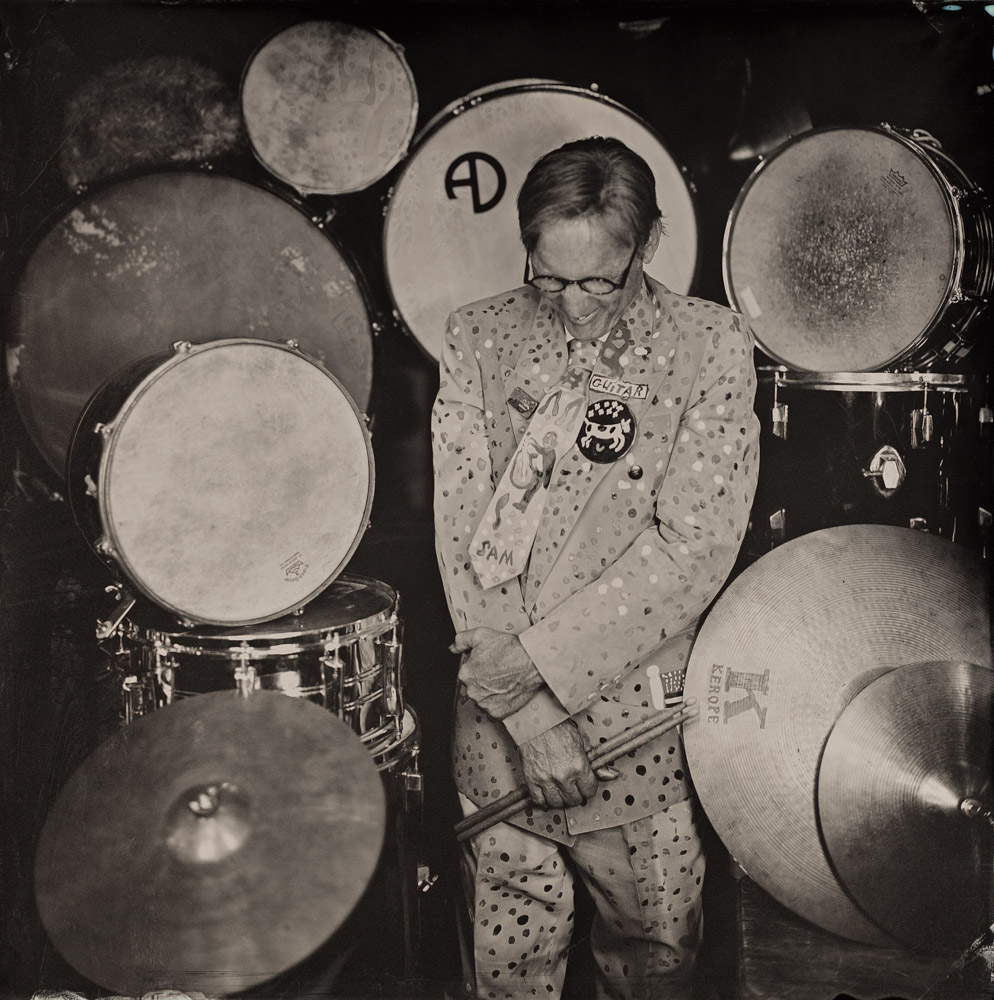 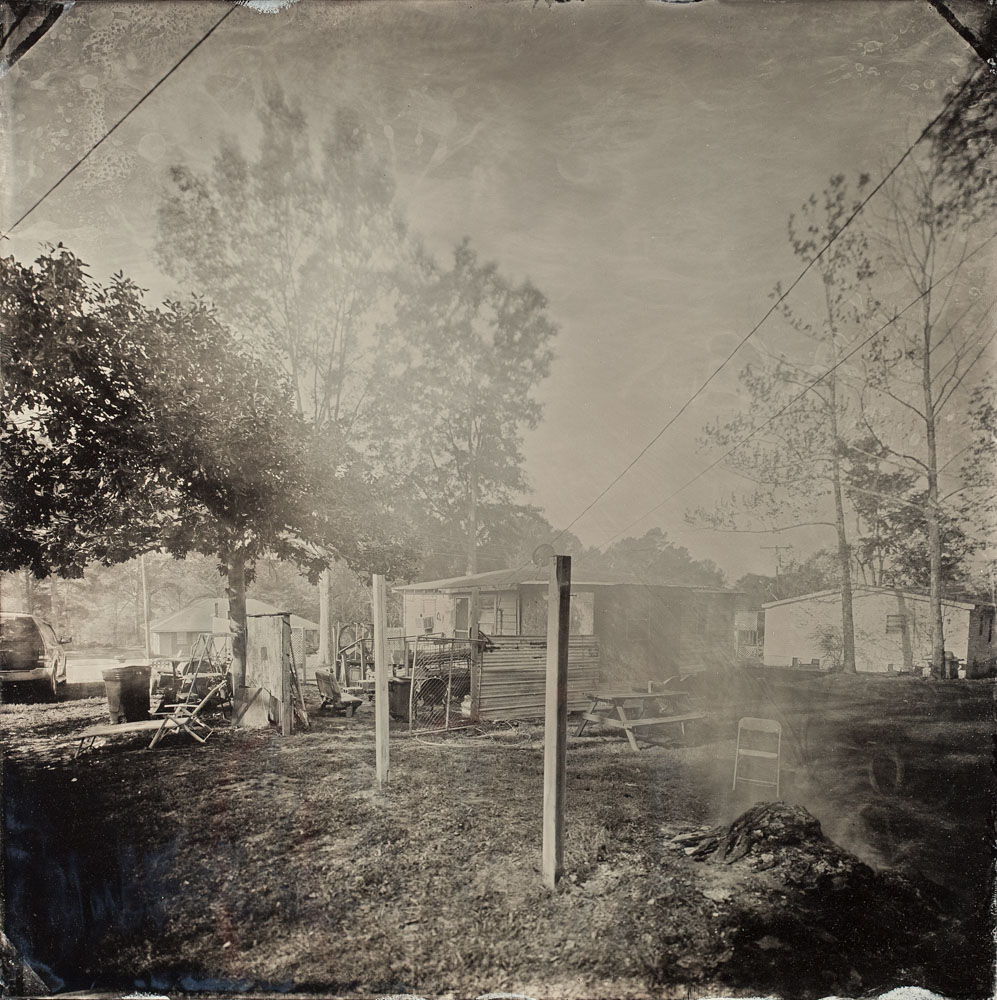 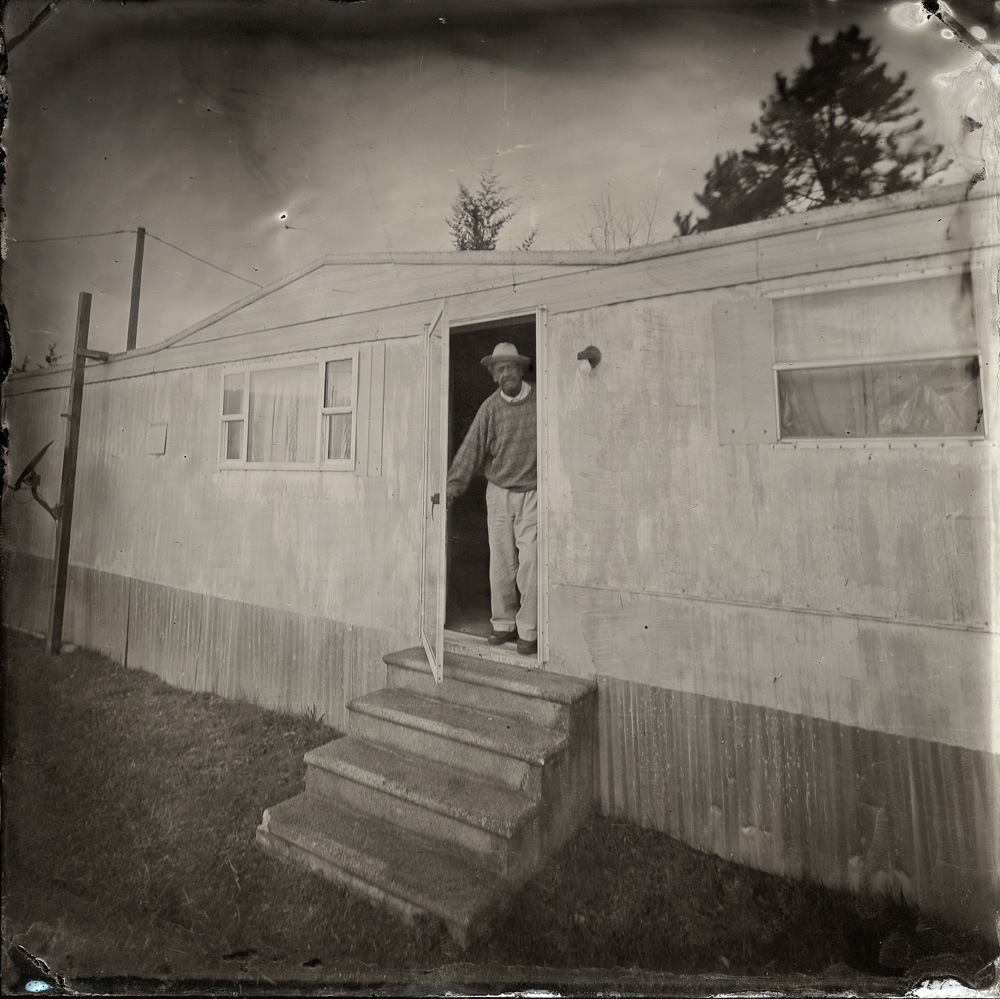 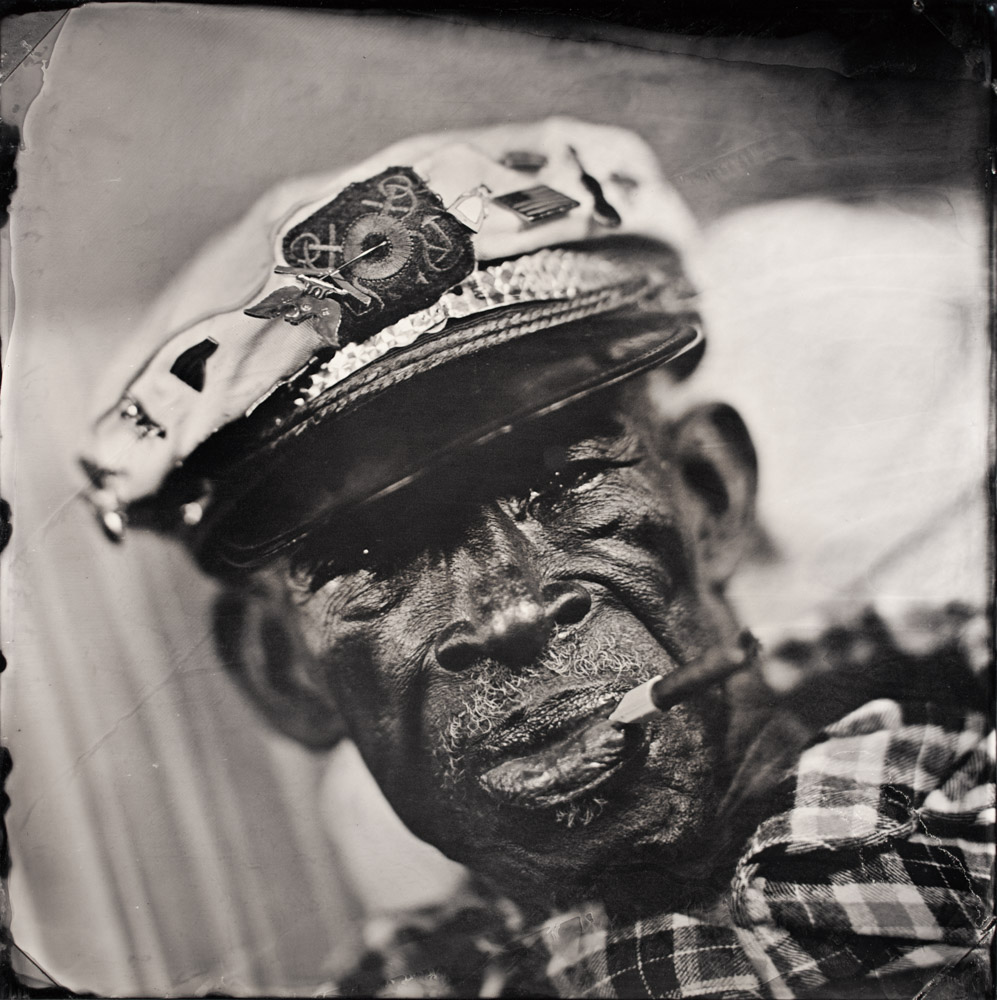 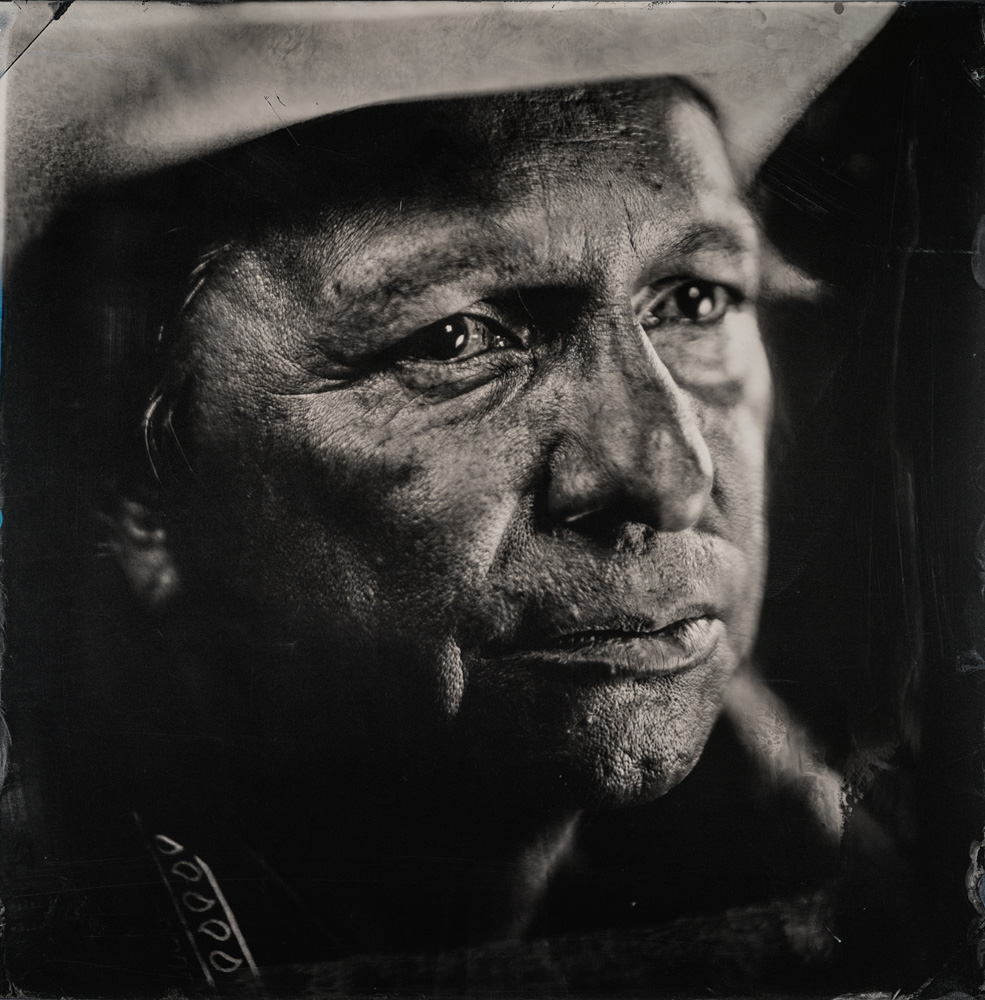 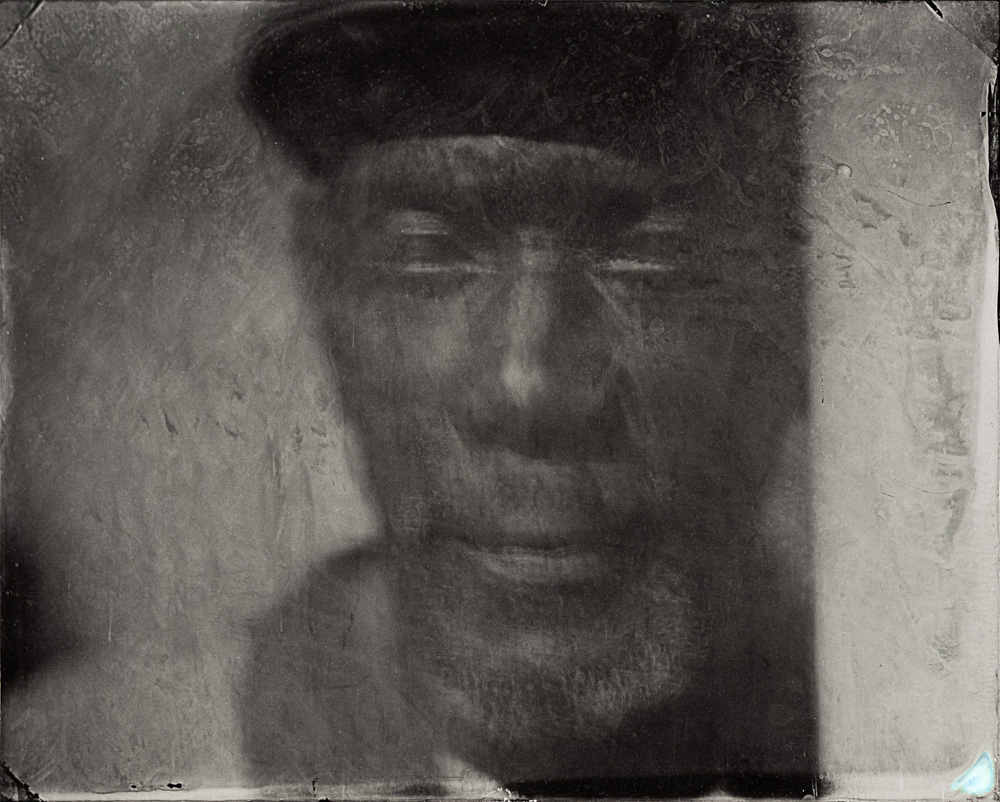 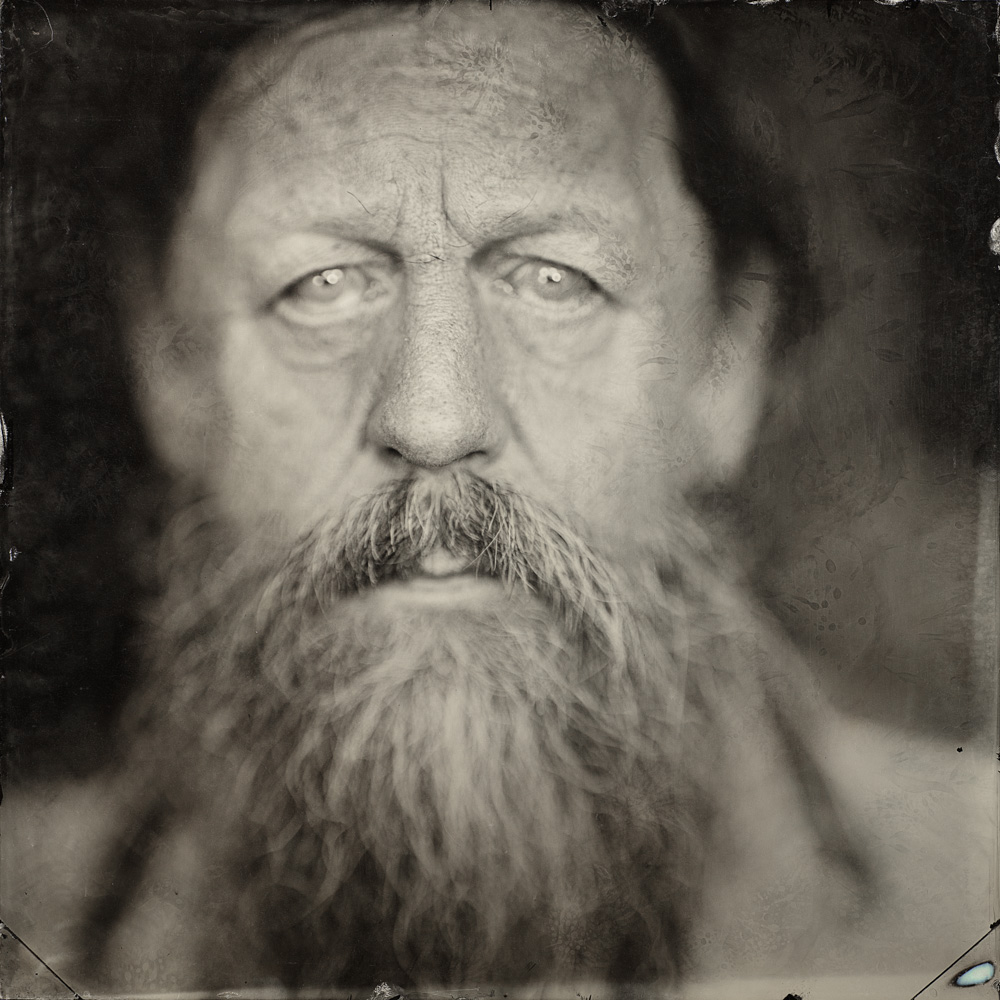 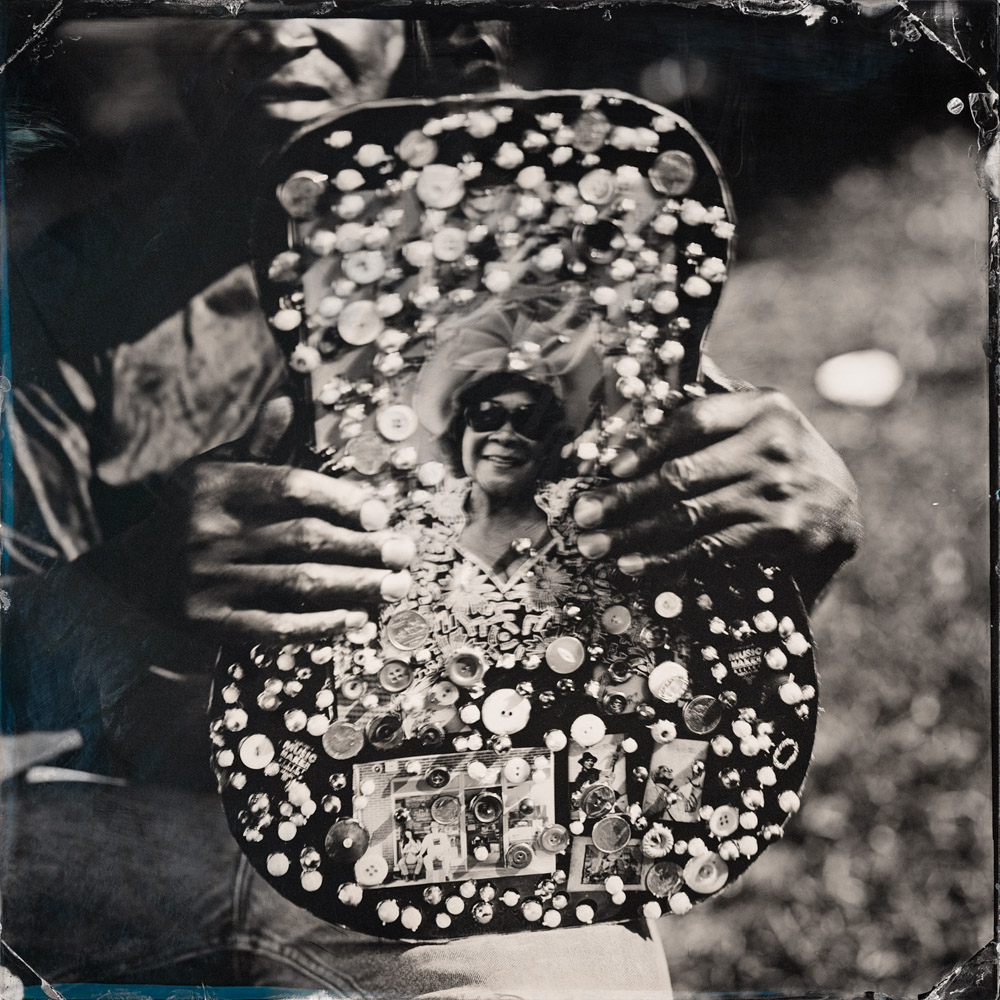 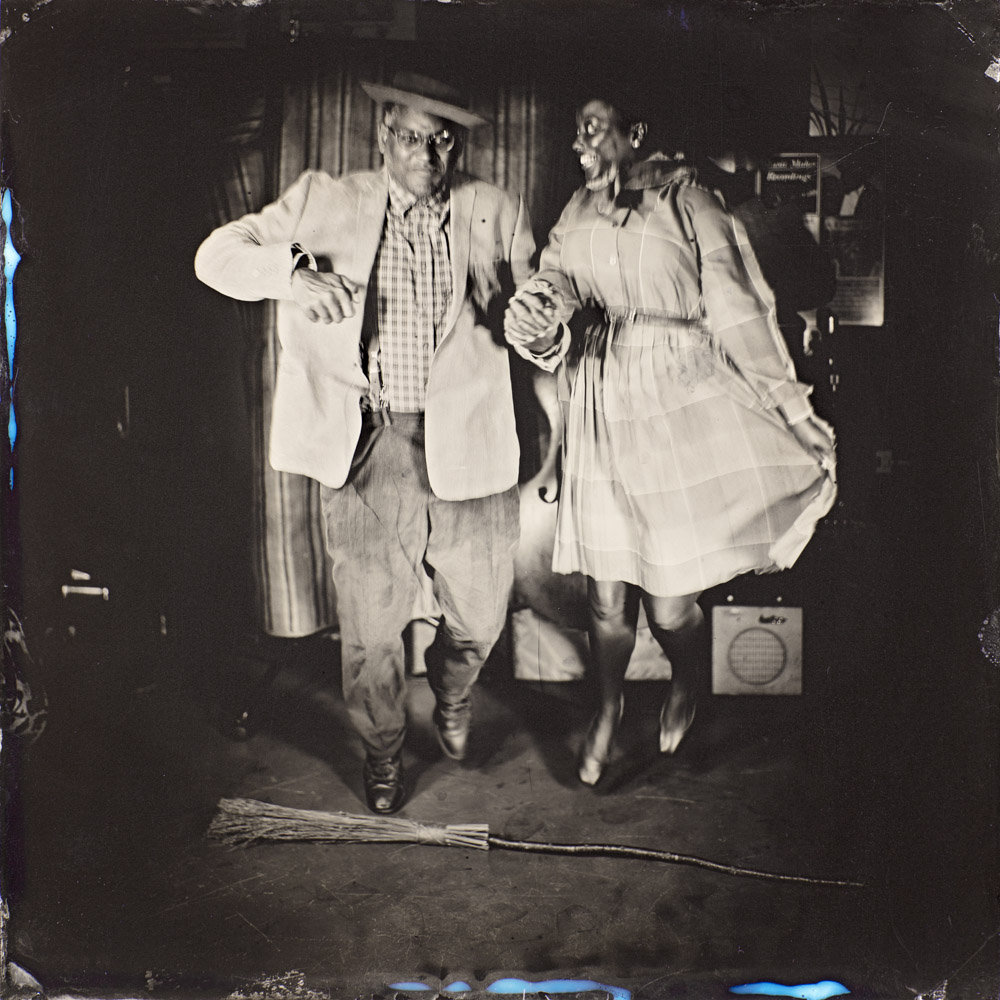 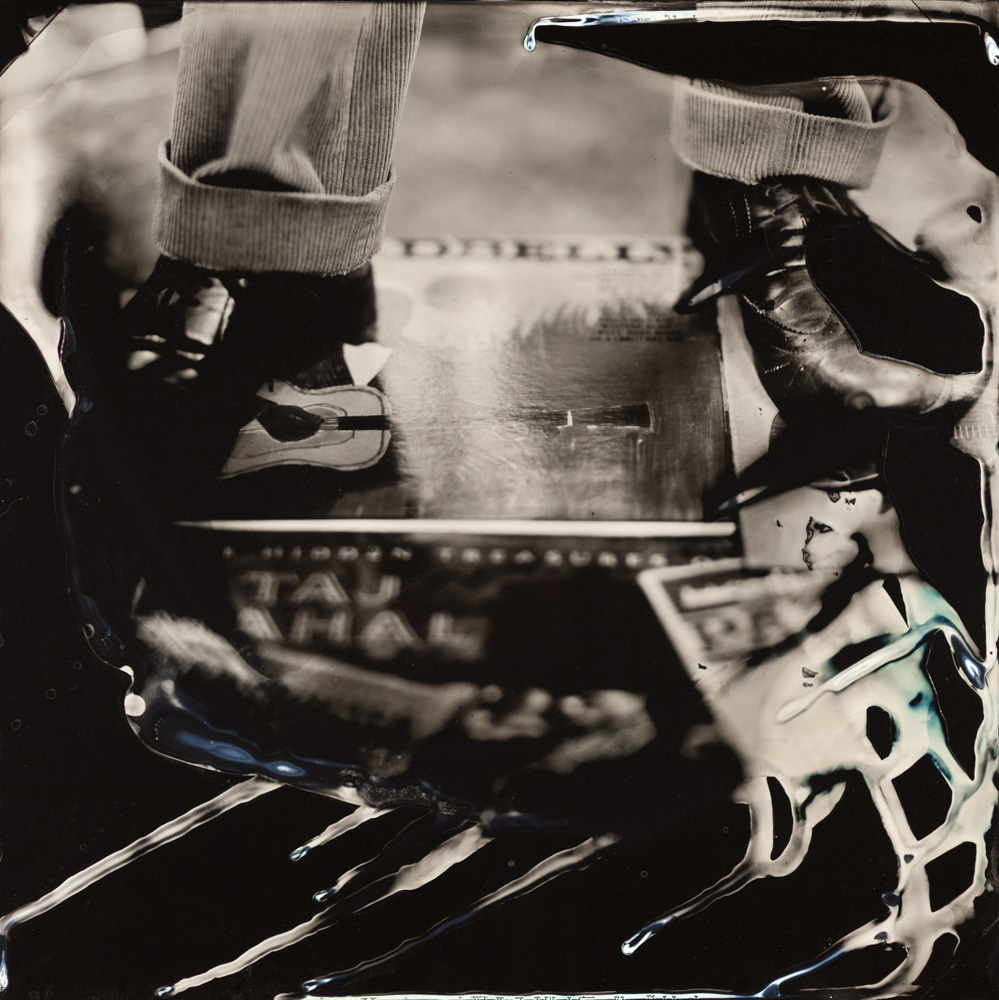 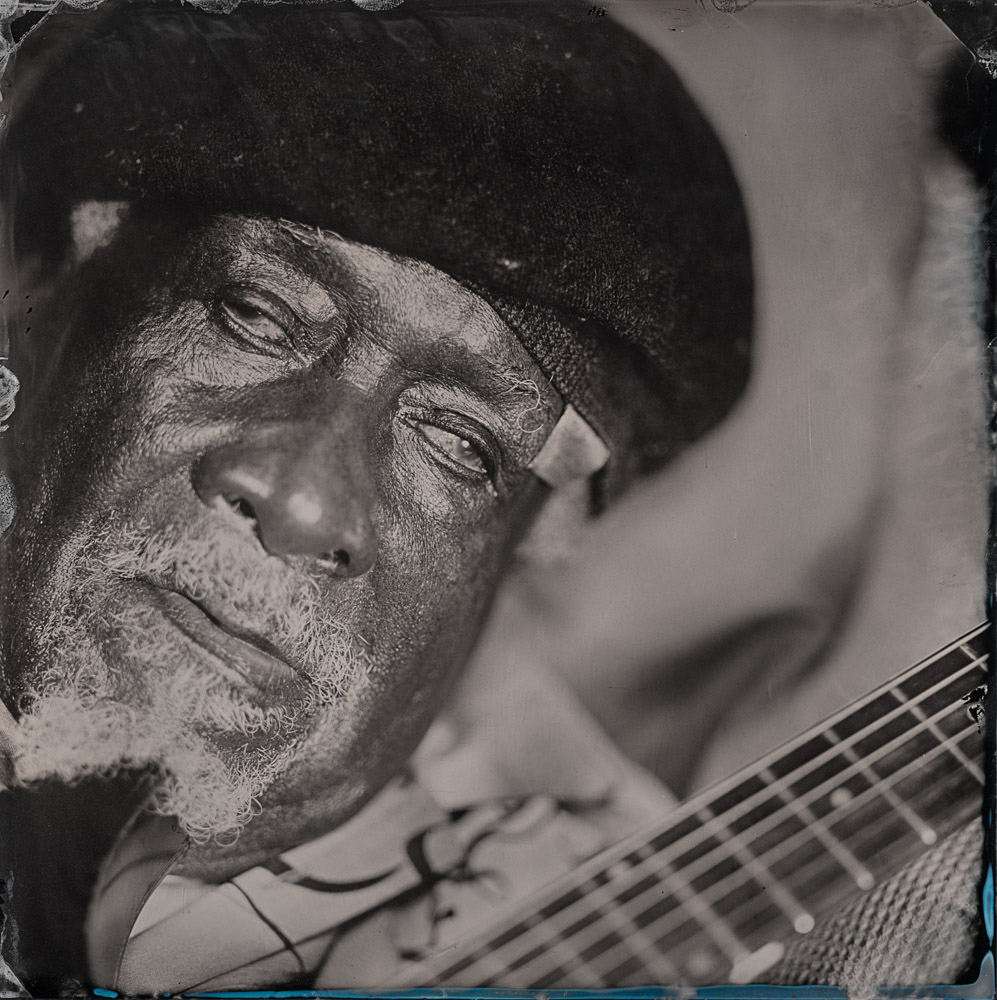 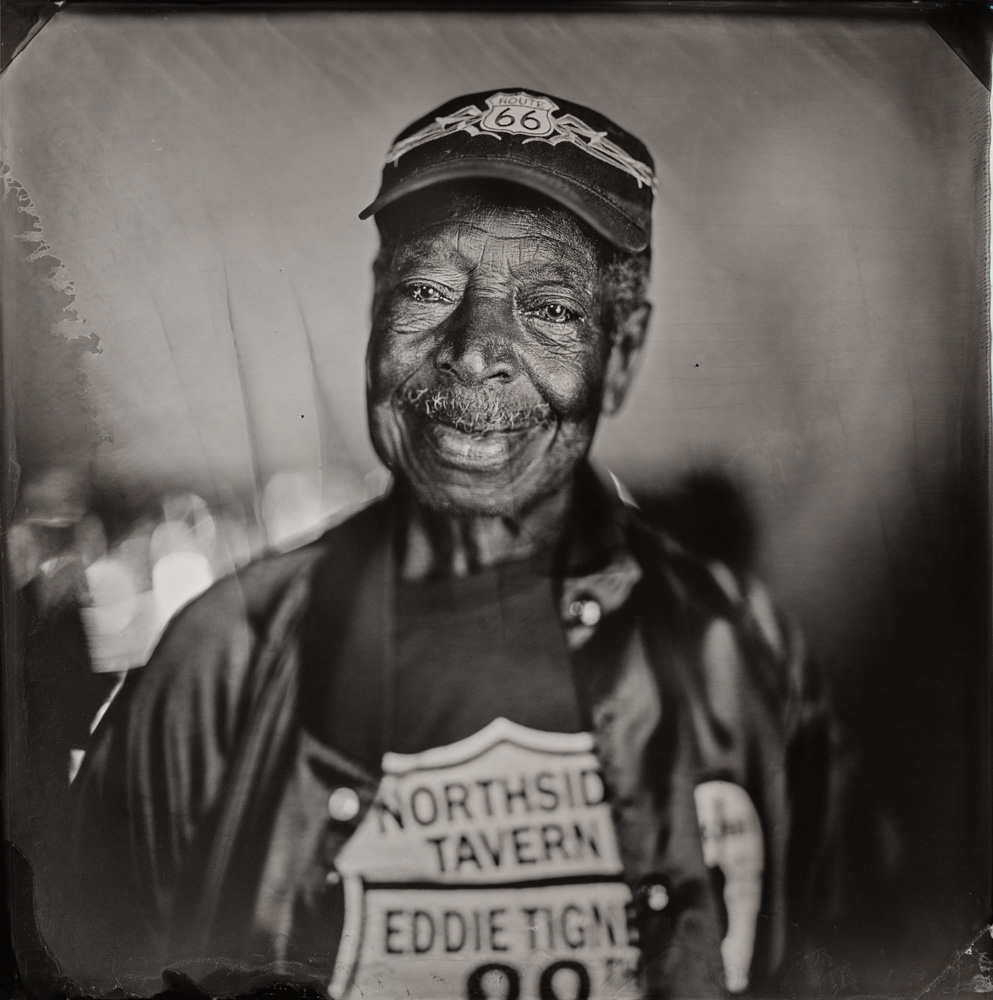 About Music Maker Relief Foundation
Music Maker Relief Foundation, a nonprofit organization, preserves and promotes the musical traditions of the American South which celebrates its 25th anniversary in 2019. Since 1994 they have partnered with senior roots musicians living in poverty, sustaining their day-to-day needs while building their careers. Through Music Maker, our rich musical heritage will not be lost with the passing of time. Music Maker has been featured on PBS NewsHour, NPR Weekend Edition and CBS Evening News and has assisted hundreds of musicians. In February, 2019, Z2 will release a graphic novel in partnership with Music Maker; Music Maker will release a 25th anniversary music album; and Tim Duffy will release his third book of photographs and words entitled Blue Muse, published by UNC Press and the New Orleans Museum of Art. More information on Music Maker and their anniversary is available at musicmaker.org/mmrf25/

About The New Orleans Museum of Art
The New Orleans Museum of Art, founded in 1910 by Isaac Delgado, houses more than 40,000 art objects encompassing 5,000 years of world art. Works from the permanent collection, along with continuously changing special exhibitions, are on view in the museum’s 46 galleries Fridays from 10AM to 9PM; Tuesdays, Wednesdays, and Thursdays from 10AM to 6PM; Saturdays from 10AM to 5PM and Sundays from 11AM to 5PM. NOMA offers docent-guided tours at 1PM every Tuesday – Sunday. The adjoining Sydney and Walda Besthoff Sculpture Garden features work by over 60 artists, including several of the 20th century’s master sculptors. The Sculpture Garden is open seven days a week: 9AM to 6PM. The New Orleans Museum of Art and the Besthoff Sculpture Garden are fully accessible to handicapped visitors and wheelchairs are available from the front desk. For more information about NOMA, call (504) 658-4100 or visit www.noma.org. Museum admission is free on Wednesdays for Louisiana residents, courtesy of The Helis Foundation. Teenagers (ages 13-19) receive free admission every day through the end of the year, courtesy of The Helis Foundation.

NEXT | Kevin Horan: Goats and Sheep >
< The Radial Survey Exhibition at the Silver Eye Center for Photography | PREV