Interview with Hiroshi Watanabe: The Day the Dam Collapses by Aline SmithsonSeptember 5, 2014 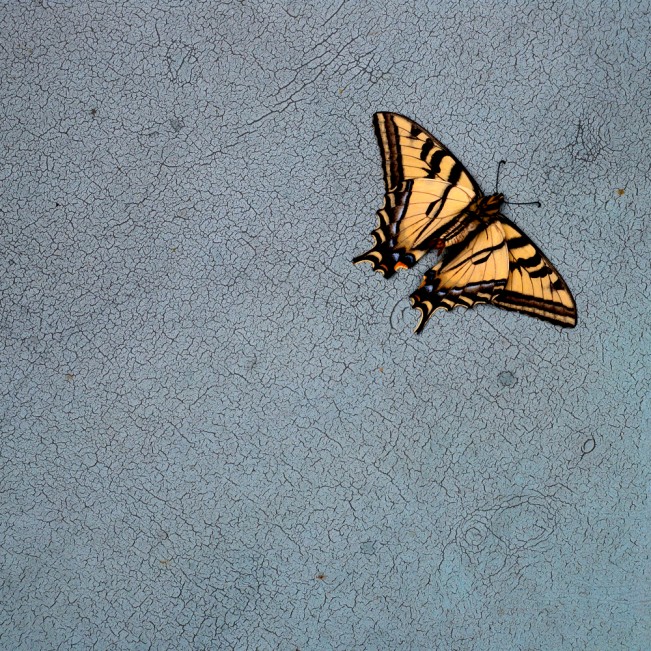 Hiroshi Watanabe is a long time friend and I have been a long time fan of his work and person.  Hiroshi brings a unique humanity to his work–all that he explores, he elevates, brings voice to and shows compassion for.  His signature work has been his beautifully executed silver gelatin prints, slightly toned and created with a master’s eye and expertise. His new work is a complete departure from his film based capture, shot digitally and examines a subject that is personal, yet universal. With the birth of his children, he explores the cycle of life, celebrating small moments with the understanding the fragility of our time on earth.  It’s a beautiful photographic poem about being human and accepting our mortality.  The project, The Day the Dam Collapses, has recently been published by Daylight books.  Accompanying the photographs is a poem by the wonderful writer, Kristen Rian, which concludes this post.  An interview with Hiroshi follows his statement.

Hiroshi was born in Sapporo, Japan. He graduated from Department of Photography, College of Art, at Nihon University. He moved to Los Angeles after graduation and became involved in the production of TV commercials, eventually working as a producer. He later established his own production company. He received an MBA degree from UCLA Business School in 1993. In 1995 his passion for photography rekindled, and since then he has traveled worldwide extensively, photographing what he finds intriguing at that moment and place. In 2000 he closed the production company in order to devote himself to the art and became a full time photographer. 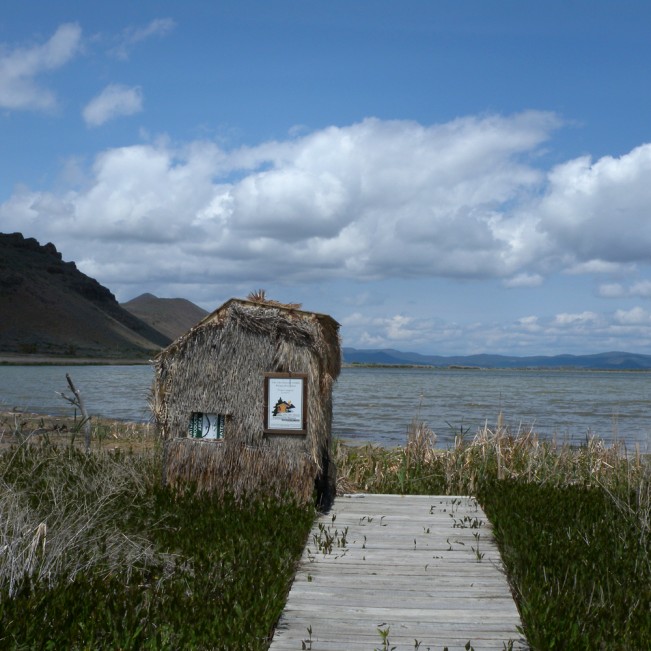 The Day the Dam Collapses

Disaster movies, like the ones with infernos, big earthquakes, or the arrival of aliens, often begin with depictions of normal daily life. For instance, we watch a mother trying to wake up a child, who resists getting up but then runs to school without having breakfast, while the mother shakes her head as her husband ignores the whole episode with his face buried in the newspaper. These mundane scenes are usually avoided in other types of movies, but they bear importance in disaster movies. The viewers know that what they are watching is a disaster movie, and so they sense these mundane scenes are in fact preludes to the terrible and unusual thing that will happen to the people on the screen.

What is important here is the fact that while the audience anticipates it, the movie characters do not know they may be involved in a huge, horrible disaster. The audience is in a sense like prophets looking down from above the clouds on the people who are living peacefully only because they are not aware of what is about to happen.

The truth is, we are all living like the characters in a disaster movie. We know we may some day face a disaster or a terrible event, but we keep living calmly because we do not know exactly what might occur and when it would be. But a disaster will surely come to us. And the largest disaster must be our death, which we all have to face sometime in the future. We are like people living at the base of a dam that has no outlet for the water that is filling it. We cannot see the other side of the dam, where water is constantly increasing. We don’t know how much water is accumulating or how fast. We are only vaguely aware that the dam will collapse some day when it cannot hold the weight of the water any longer.

In this frame of mind I look at my own daily life and I see many signs, as if someone is trying to give me hints. How am I coping with these signs that appear before me from time to time? 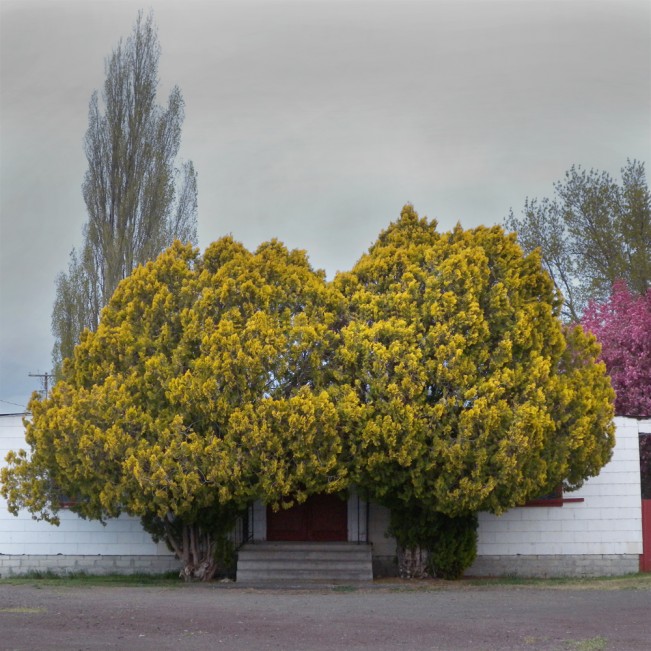 Congratulations on the book! Can you tell us how you began to make this work–it’s quite a departure from previous projects….

Unlike any other projects I have done before, initially I had no idea, nor intention, to begin this body of work and even have it published. After my son was born 6 years ago, I realized I no longer was able to carry my usual clunky Hasselblad. Instead, I had to carry the baby, diapers, and bottles when we went out. I was also asked to take family pictures. So, I started to carry a small digital point-and-shoot camera. I pretended that I no longer had artist’s eye to see my surroundings and lived like that….for some time. But then I started to see things around me and I could not resist to photograph them. So, I used what I had–a small digital camera to record what I saw. So, for five years, I took pictures of things, without intention, that I could not ignore. I noticed many were of small lives, dead or dying. Later I found these images in my computer’s photo library screen in between my happy pictures of my happy life. I gathered them and I started to think why I had to take those pictures. That was how it began. 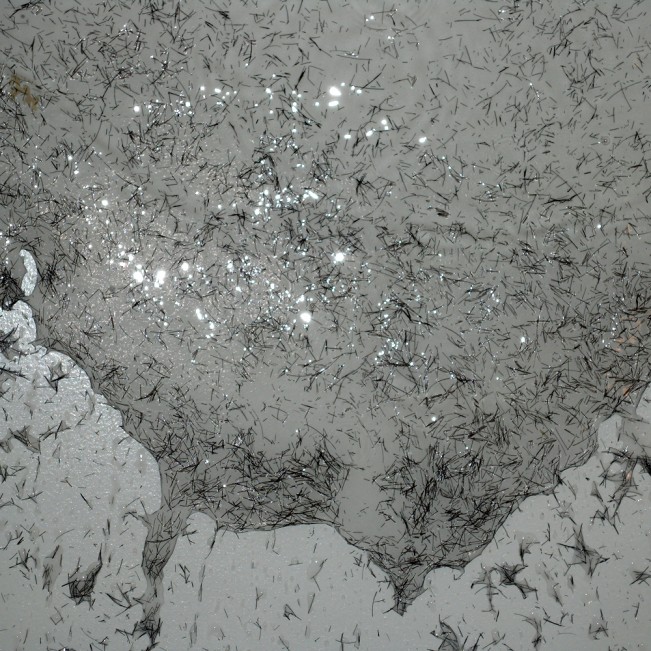 How did you find a publisher?

I was working with Daylight last year on a photography project called Bull City Summer in North Carolina (http://bullcitysummer.org/about/). Daylight was involved in the organizing of the project as well as publishing a book of the project. One day I was having a casual conversation with Michael Itkoff (co-founder) and he asked me what else I have been doing. I told him not much because I had been busy with family but I had been playing with photos that I had accumulated since my son was born. He said he was interested in seeing them, so I sent him a binder-full-of letter-size inkjet printouts. From that, he edited and sequenced them, and told me that he wanted to publish it. That was how the book came about. The book was beautifully designed by Daylight’s usual designer, Ursula Damm. Later I learned that Daylight was planning to use a printer in China, but I wanted to have it printed in Japan under Kunihiro Takahashi’s supervision. He owns a publishing company (Tosei-sha) and a gallery in Tokyo, and has published a few of my previous books. When it comes to printing photo books, he is the only one I trust. So I arranged to have the book co-published by Tosei-sha (which is in charge of Japanese market) and by Daylight (which is in charge of everywhere else). I think I got best of both world. 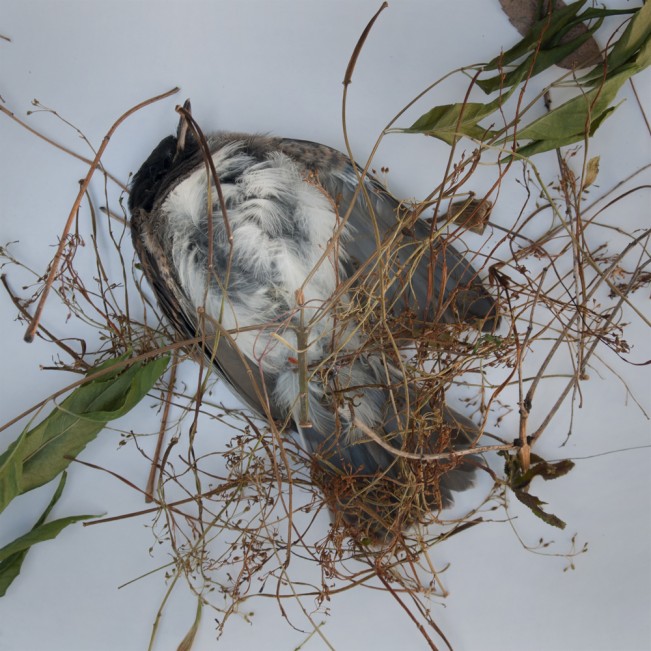 How has your life changed with two young children in your world?

I thought it was strange to notice so many small deaths around me (that I photographed) when I was at the happiest moment of my life with the birth of my son, and I tried to think why. One thought that I settled was that the whole purpose of all living things (me included) was basically just one thing–to make duplicates, i.e., children, and that our genes whose goal is to make more of themselves control us. Our bodies and lives are preprogrammed by the genes and they control our desire for foods, growth, lives, sexual desire, even love and caring for children for that reason. And after that, our body’s cells start to deteriorate (as programmed) and eventually we die. For genes it does not seem to matter how we as individual live our lives–whether we make good, happy, or meaningful lives or not. In that sense, I thought I am not much different from small insects that I see dying every day. Those small deaths I saw and photographed are reminder of it. They seem to be telling me that it is okay to die. 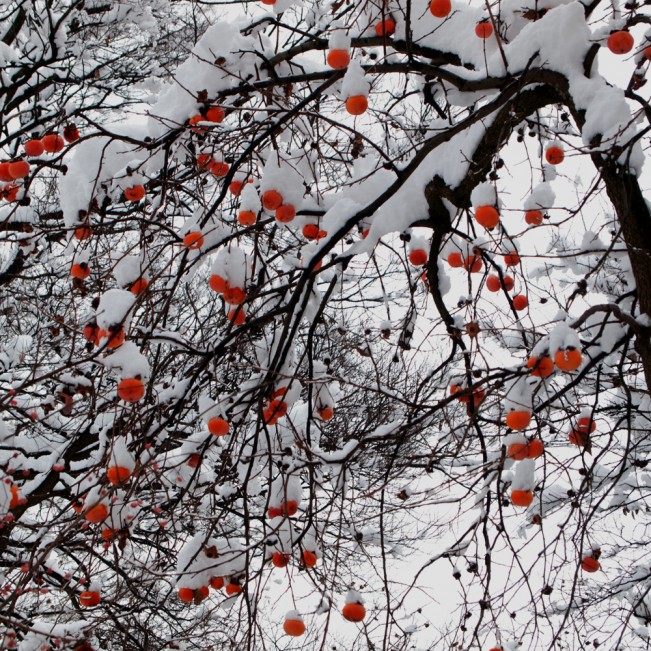 I think of your work having so much humanity and this book, though shot in a different way, also shows us that you are continually looking at the world with curiosity and compassion. Is it something you think about when making work?

For me, curiosity is the core of photography. I am curious, therefore I look, and therefore I photograph. All other things–thoughts, reasoning, purposes–come later. I am mostly curious about human beings–their actions, feelings, emotions, faces. I think I am curious because they change constantly. Nothing remains same and I cannot get bored with them. 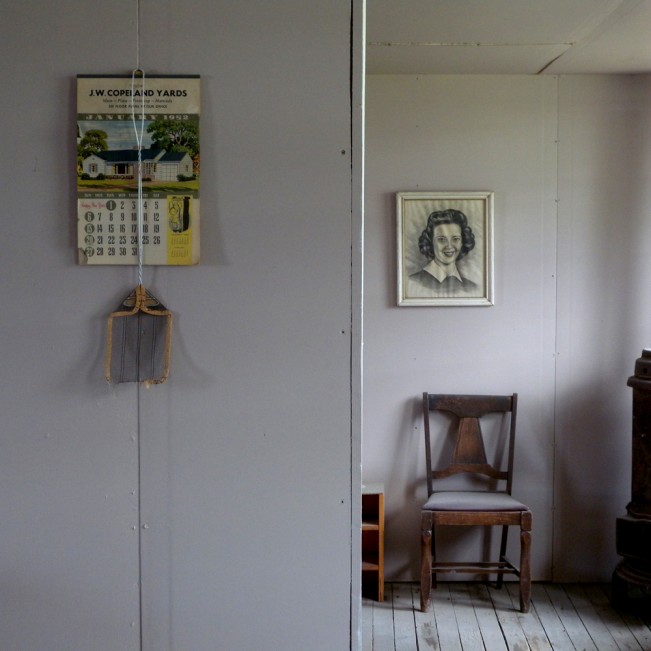 I know you are a surfer and all the surfers I know have a heightened sensitivity to the natural world. Do you think being in the water on a regular basis changes how you see the world?

I am 63 years old and I started surfing at the age of 50. So, I am not a good surfer at all, but I continue to surf on regular basis. It is a very good exercise and it is energizing. I feel tired and weak if I don’t surf for a long time. Even when waves are small, I enjoy floating on the board and looking at the horizon, and let my mind and thoughts wander around. 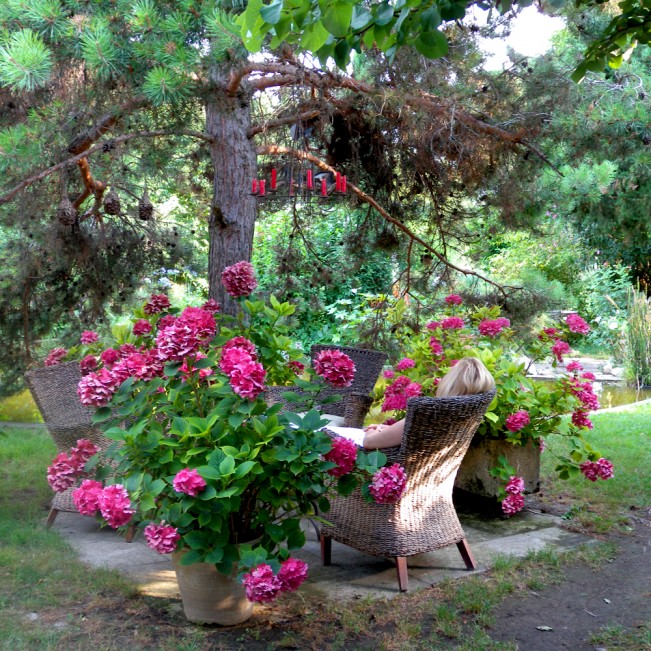 It is not so hard except the long flight time with children which we are by now quite used to it. I feel fortunate that I can live and see two cultures that have distinctly different backgrounds. I love both of them and sometimes I hate both of them. I escape to the other side when I become tired of one, and being able to do so is a good thing. 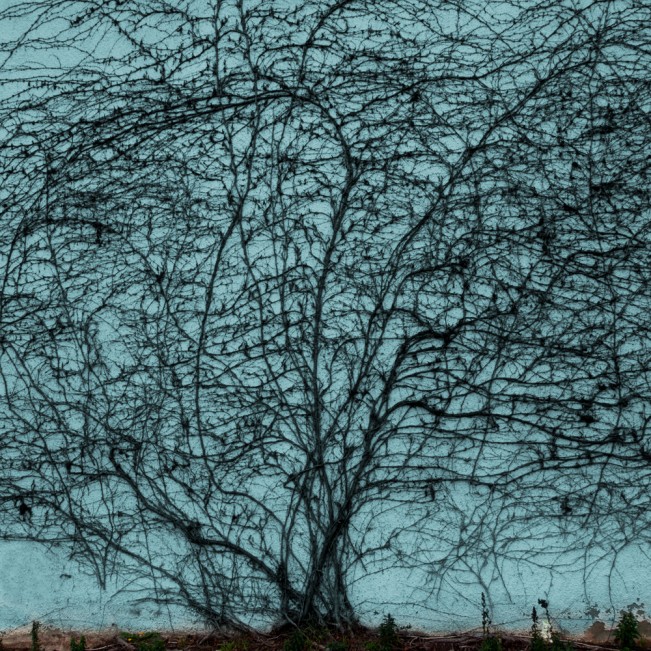 4 hours with my family, 8 hours of either photographing or printing in darkroom, 4 hours of surfing, 0 hour in front of computer, 8 hours in bed, in any sequence. 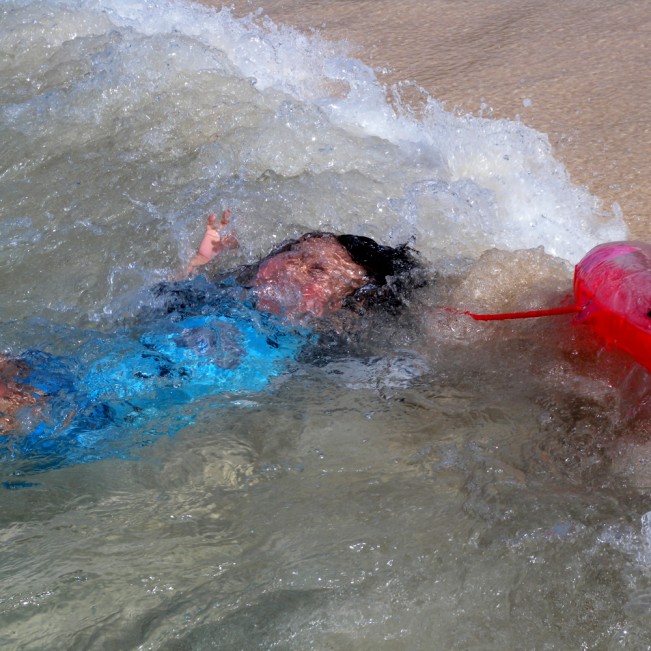 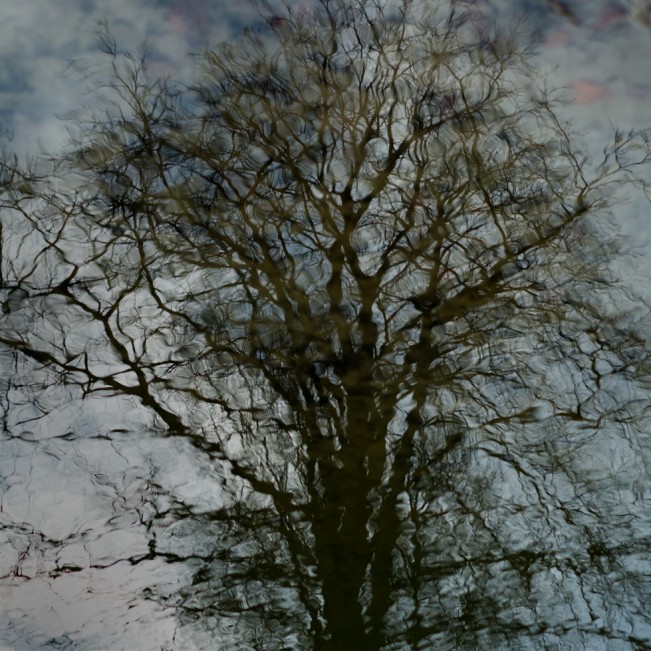 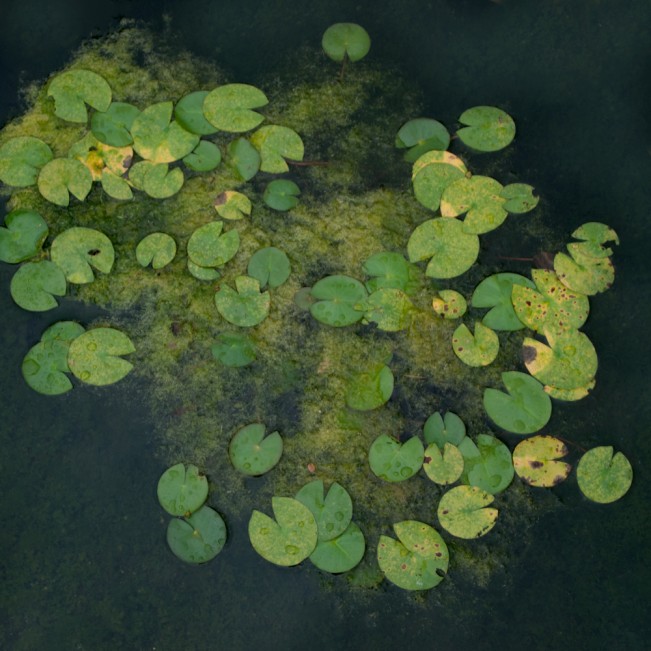 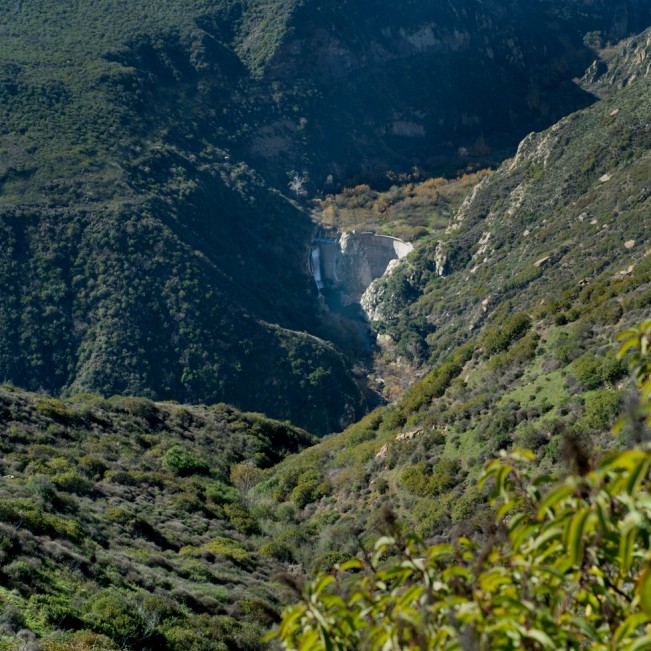 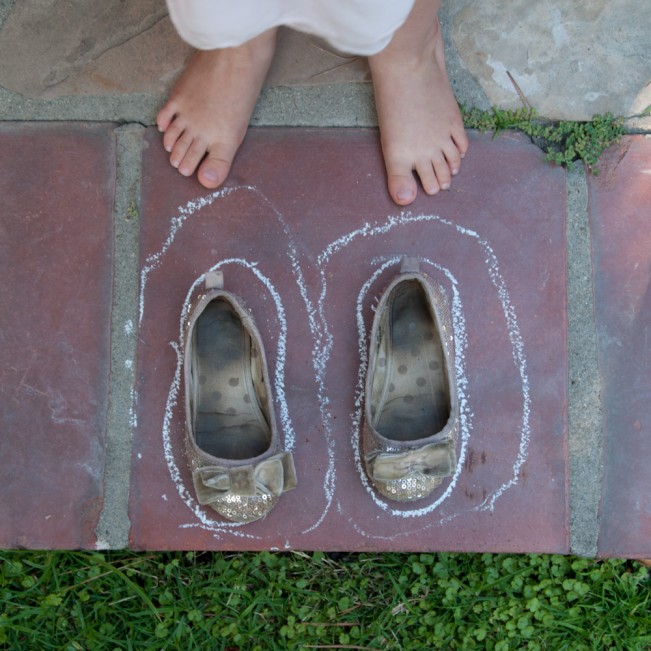 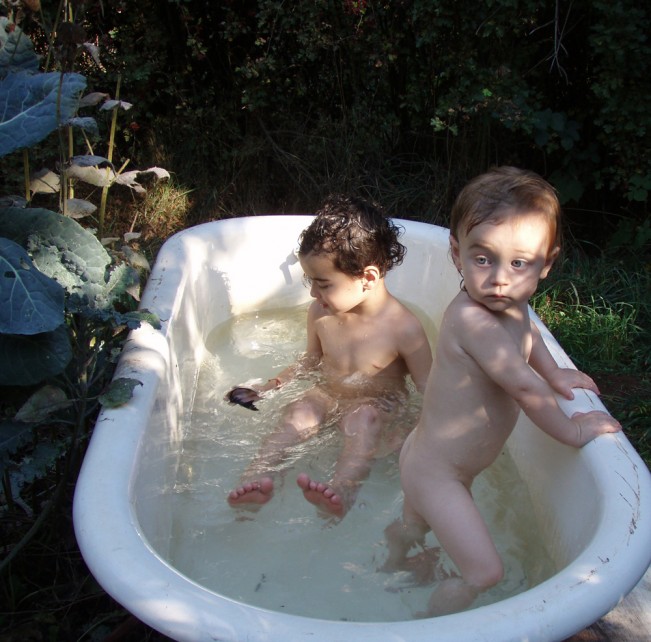 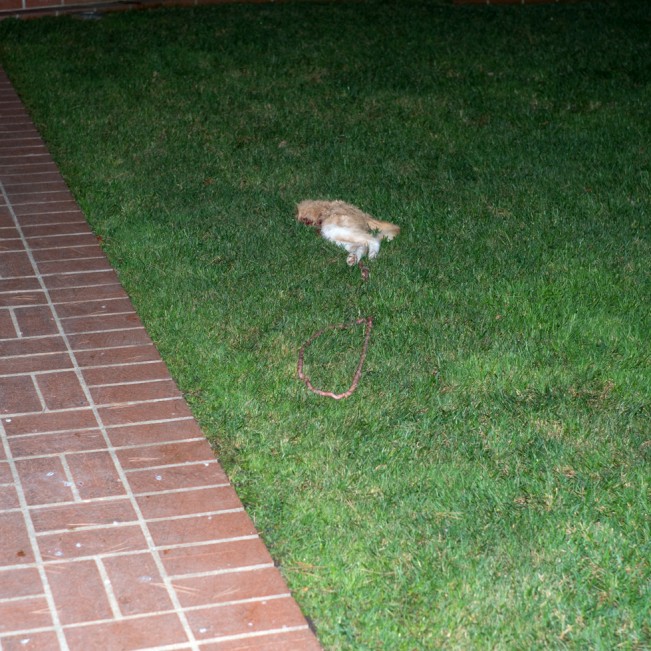 In the time it took to read that word

A response to sound louder than 40-60 dB

In the blink of an eye

Long enough for everything to change

Short enough for everything to stay the same

surgery risks the loss of the ability to blink. When this happens,

little weights must be placed on the eyelids at night

The day the dam collapses is today

The day the dam collapses is every day, little deaths while flipping eggs, brushing hair

out of the daughter’s eyes, waiting at the mechanic’s. Aquamarine, the sky might

Disaster movies run out the reel, then the lights go up in the theater. You can also count on that

The Poseidon Adventure; On the Beach; The War of the Worlds; Godzilla; Planet of the Apes

During the time it takes to watch one of these movies, the eyes blink 1,080 times

The river is bigger than the dam

The heart is bigger than the eye

In the time it took to read these words, cars crashed, breathing stopped, limbs broke, houses             burned, guns were fired, someone was hit, someone was scared, depressed, angry, lost,

In the time it took to read these words, the sun came up somewhere on earth, somewhere else

it sunk. A kid reached out his arms for his mom. Someone laughed, hugged, ran through

That’s all you’ve got

NEXT | Minor White: Manifestations of the Spirit >
< Interview with H. Lee: Grassland | PREV