Los Angeles is waiting for Tierney Gearon’s blockbuster show, Exposure, to open at the Ace Gallery in Los Angeles on February 19th. The show will be a force to be reckoned with, made up of fantastic large scale double exposures, with layered imagery, rich for interpretation of family mythology. As mentioned in previous posts, the Ace Gallery is probably the largest free standing photography gallery in the world, and filling the myriad of rooms and spaces is an achievement in itself. But I have a feeling the Tierney is more than up to the challenge. She has an unflappable artistic spirit that endears her to an army of fans. Her revealing series and film, The Mother Project, made Tierney a cultural icon. Her new series is some of the most exciting work to hit the fine art world in some time.

“This exhibition will present for the first time, a selection of large-scale photographs employing a new process for the artist. With no retouching or post work, Tierney Gearon’s photographs are contrived through the more classic mechanism of double exposure in camera. Each photograph has been composed by carefully combining two of the artist’s images whose compositions and themes act as counterpoints to each other: interior space and wilderness; youth and old age; solitude and companionship. The result is a powerful exploration of psychological terrain. The artist, her children and friends are the characters in these dramas which are staged against the backdrop of landscape spanning locales in South Africa, India, Italy to upstate New York and the artist’s home in Los Angeles. Individually, each of the two layered images often portray a banal scene of domesticity or sentimental landscape but the masterful combining of the images creates a wholly new and mysterious scene articulating premonitions of the future and haunting re-enactments of the past.” 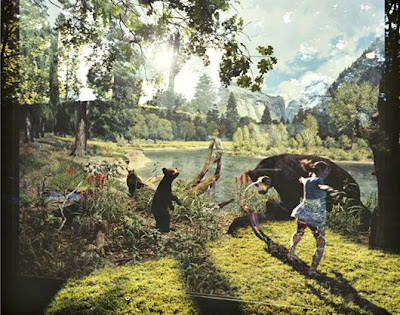 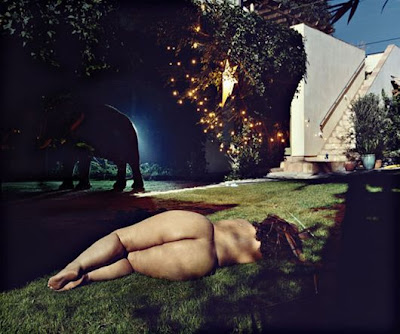 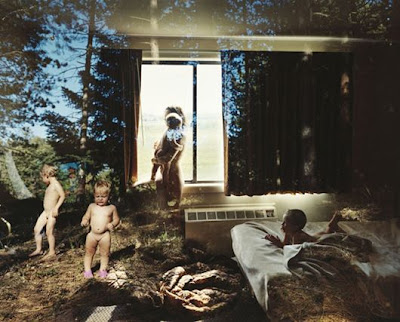 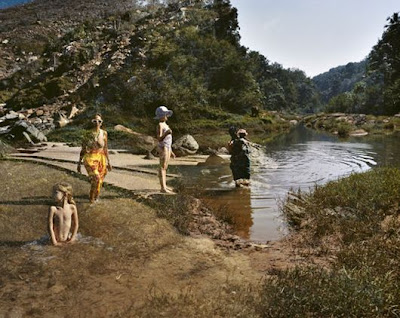 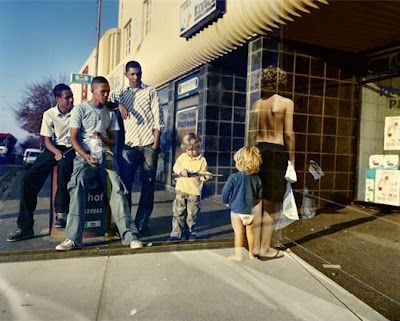 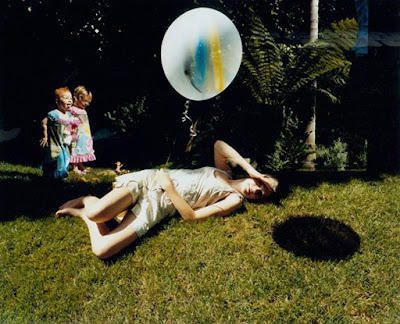 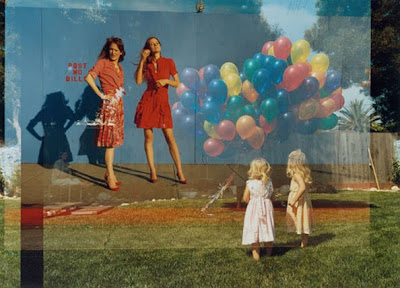 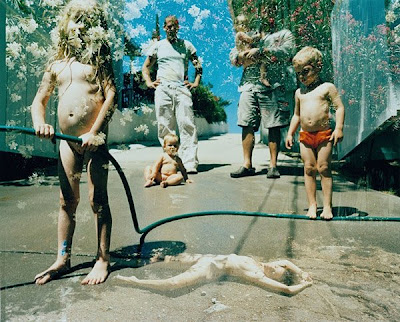 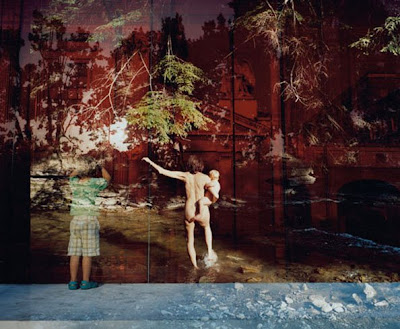 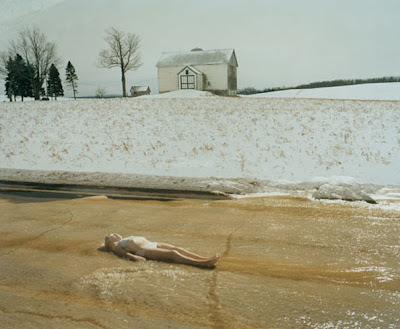 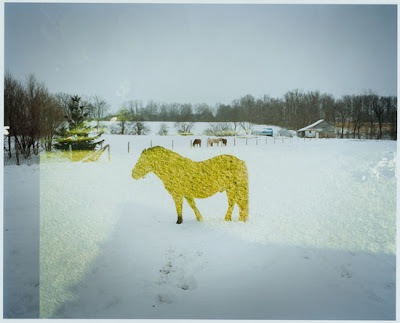 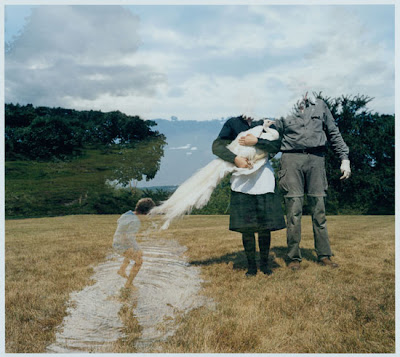 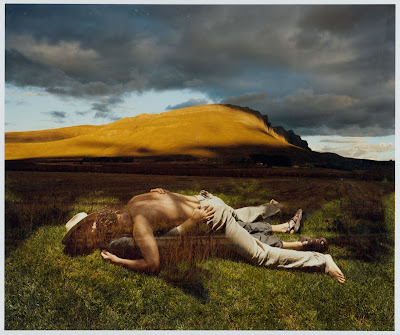