Boston photographer, Fran Forman, creates work that uses her impressive roster of life experiences. Fran studied art and sociology as an undergraduate at Brandeis University and then received an MSW, working for several years with heroin addicts. Discovering that she could indeed earn a living in the arts, she entered Boston University’s School of Fine Arts where, specializing in photography and graphic design, she received her MFA. Fran has continued to create work while balancing a career in graphic design and illustration and raising a family. Currently, Fran is a Resident Scholar at the Women’s Studies Research Center at Brandeis University.

A new exhibition, Fran Forman: Recollections, is currently on display at the Tompson Gallery, Cambridge School of Weston, in Weston, MA, and runds through March 19th, 2011

With a background in psychology, design, and photography, I make photographic images combining portraiture with dreamed landscapes and the natural world. As my work creates juxtapositions in time, it also re-imagines relationships of scale and physical possibility. Although my images violate the laws of physics, they honor the interdependence and connections of humanity with the animals, insects, and plants, which populate the natural world. 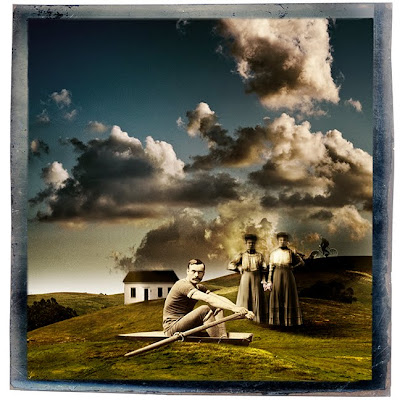 My collaged images often begin with tintype portraits of ordinary mid-19th c. Americans, on which I “paint”, reviving the fashion of that time. In isolating the figures from their studio backdrops, I dissolve the traditional boundaries of time and place. I replace the imaginary scenes used as backdrops with my own invented photographic reality. I hope to suggest the connection of humble portraiture to contemporary technology, children to the cosmos, humanity to the natural world, and the spiritual to the physical.

My work draws inspiration not only from 19th c. pictorialist photography but chiefly from the 20th c. artists who used color, visual narratives and symbolism to contemplate the human condition: the juxtaposed assemblages of Joseph Cornell, the paintings of Rene Magritte, and the poetry and photography of Duane Michals. 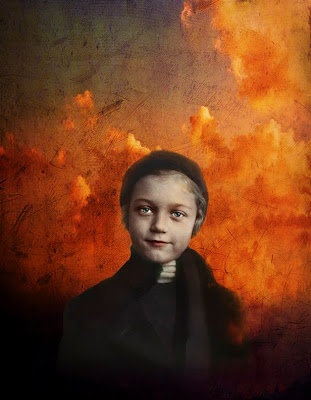 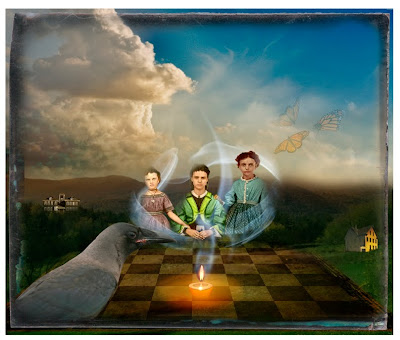 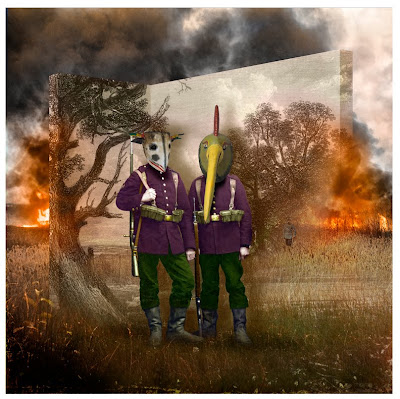 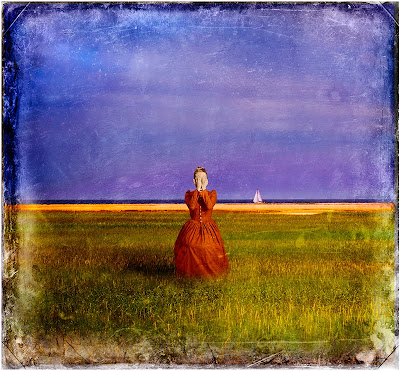 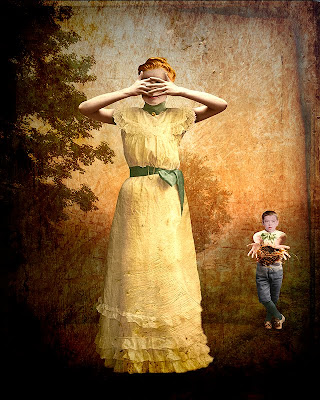 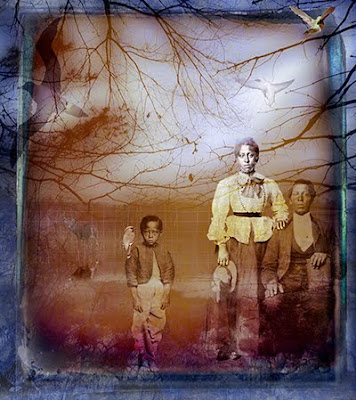 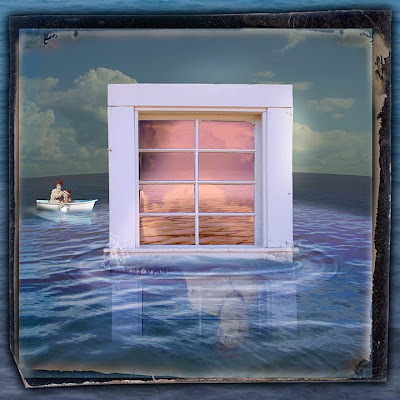 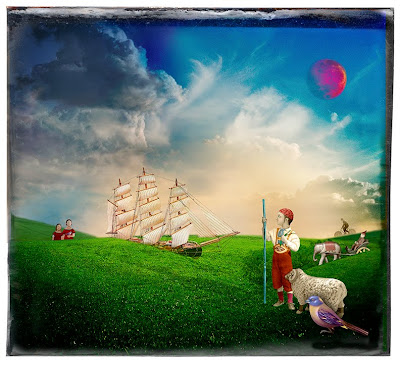 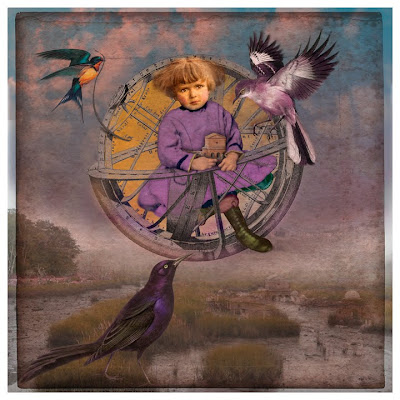 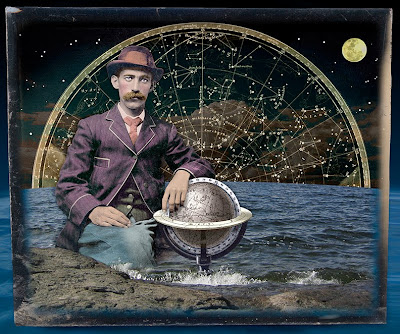 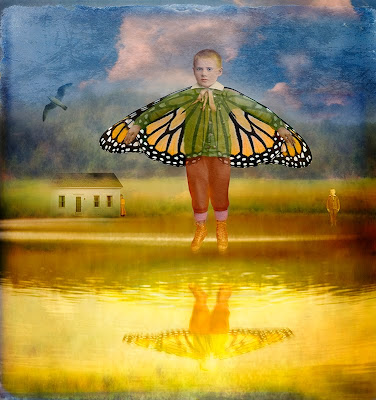 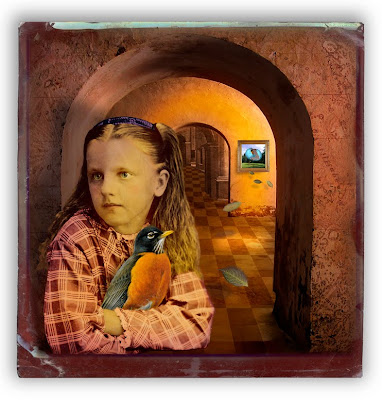 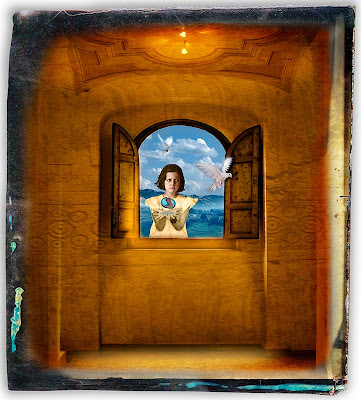