Born and raised in New Orleans, Louisiana, Lisette de Boisblanc had just left for college when Hurricane Katrina hit her beloved city. She was beginning studies in animal health, but this life changing event caused her to shift gears and explore fine arts. Now back in New Orleans with a degree in photography, Lisette has created a new series, Taken by the Fog, that is inspired by her grandmother’s ruined doll collection after the hurricane.

She began to x-ray dolls as a way to document them, but soon developed a curiosity for what she would find inside. To her shock, she discovered nails, pins and paper clips that were hidden just beneath the surface. The dolls had taken on an internal spirit, some of strength and others of broken hearts. The x-rays became more than physical documentation – for each, a story emerged making some sense out of her loss. Ever the scientist, Lisette is concerned with how life shapes our being, especially our inner essence. X-rays allow the artist to physically discover what lies beneath, uncovering secrets, and using the language of science to visualize the human persona.

Lisette will open an exhibition of this project at the Jennifer Schwartz Gallery in Atlanta, Georgia on Thursday, March 3, 2011 and continuing through Saturday, April 2, 2011.

Taken by the Fog: When facing tragedy or complications, it is not uncommon for a person to seek help from a therapist to peel back the layers of the mind to overcome psychological barriers. Like a therapist, I am interested in how life experiences shape our being. This is not only physical appearances, but also our inner essence. Like a scientist, I turn to x-rays, which allow me to uncover secrets beneath the surface. 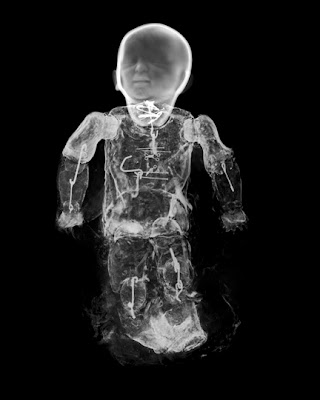 By x-raying dolls I use the visual language of science to symbolize the human persona and bring it to two-dimensional form. As a New Orleans native, five years ago I felt the tragedy of hurricane Katrina as my family was profoundly affected by the storm. We suffered not only by losing physical possessions, but we endured psychological damage as well. 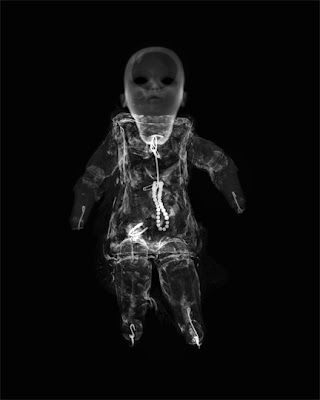 After finding my grandmother’s ruined doll collection, leftovers from her personal belongings, I began to x-ray them for documentation and curiosity. I am shocked with my findings; nails and pins pierced their bodies below the surface. Suddenly, the doll has an aura that is almost human, with internal workings that chronicle a life lived, an internal spirit, sometimes with strength, and others with a broken heart. 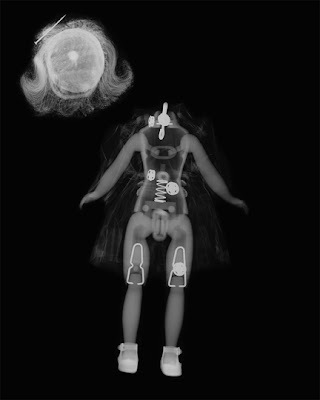 I discovered that these x-rays reached beyond documentation and physical deterioration; for each, a story emerged, some sense out of my loss. 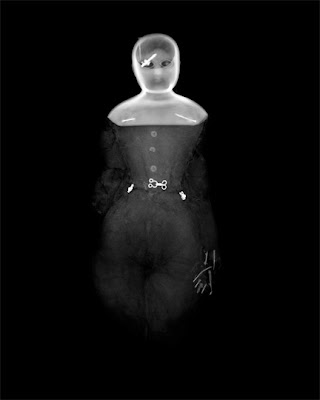 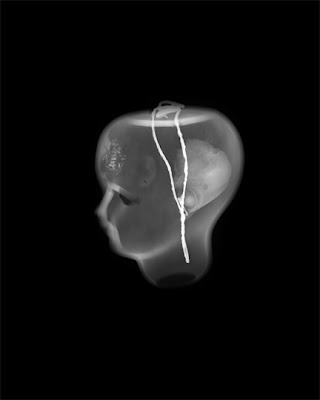 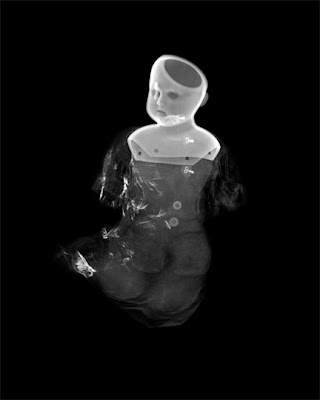 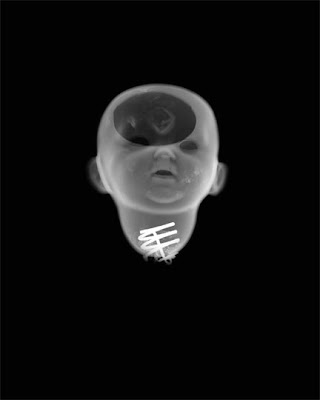 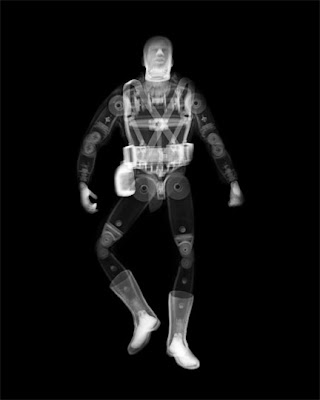 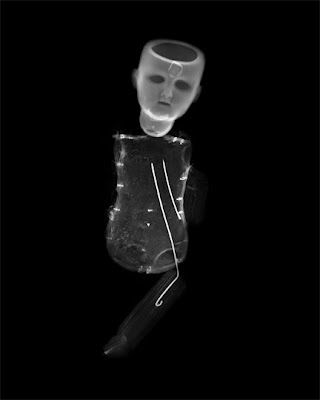 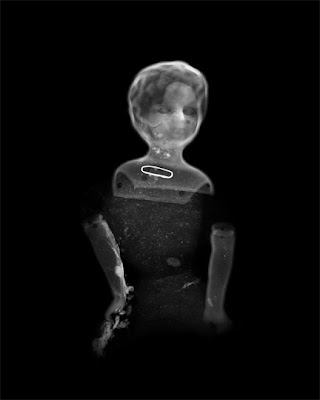 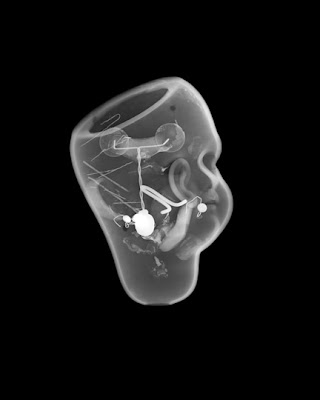 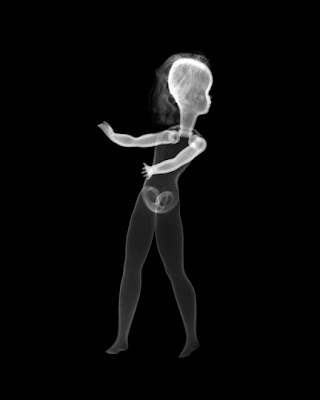 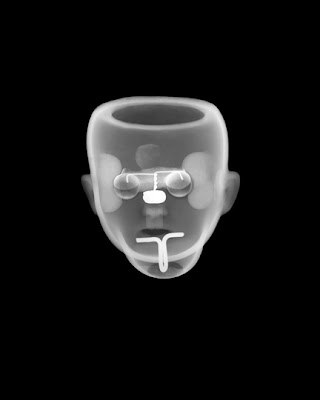 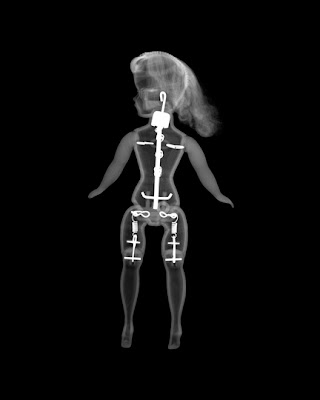