I had the great pleasure of meeting S. Gayle Stevens at Filter Photo Festival in Chicago in October. Her wet plate collodion images are expressive, magical, and individual. Using modified Holgas and cameraless photography, she works to tell stories and create a new visual language. Gayle received her MFA from the School of the Art Institute of Chicago and has taught alternative photo processes at the College of DuPage in Glen Ellyn, Illinois for ten years. Named one of the Critical Mass Top Fifty Photographers for 2010 and featured in numerous magazines and exhibitions, Gayle was recently accepted into the New Directions Exhibition at Wall Space Gallery (jurored by Debra Klomp Ching), will have a solo show at the Center of Fine Art Photography next fall, and is now represented by the Tilt Gallery in Phoenix.

I am featuring two projects, the first an unusual approach to capturing what is left behind after Hurricane Katrina, Pass, and the second, Calligraphy, with a new way of looking at objects.

In this series I recorded the ruins that once were the town of Pass Christian Mississippi, an artist community on the gulf devastated by Hurricane Katrina.

On the morning of August 29, 2005 Pass Christian, a community on the Mississippi gulf coast, lost all but 500 of its 8000 homes when Katrina’s storm surge topped the high water mark at over 30 feet and drove destruction more than half a mile inland. A once thriving artist community lay in ruins. Many residents have chosen not to return but their memories of Pass Christian remain the essence of this place. As time passes, blackberry vines creep over the remaining foundations; nature, like a shroud slowly covers Pass Christian. Over the past two years, I have returned repeatedly to photograph. To me, the loss of community is the most devastating aspect of this natural disaster. 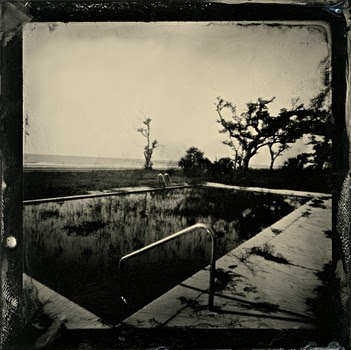 For this project I have chosen to create my images with a medium format pinhole camera using wet plate collodion, a process that dates from the time of the city’s founding. The plates are small size and intimate. Pinhole and wet plate, when used in tandem, create a surreal world of depth and mystery. Wet plate captures the mystery the way dreams reveal what daylight hides. 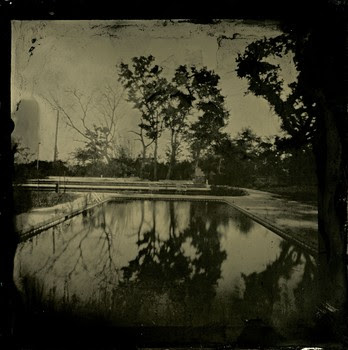 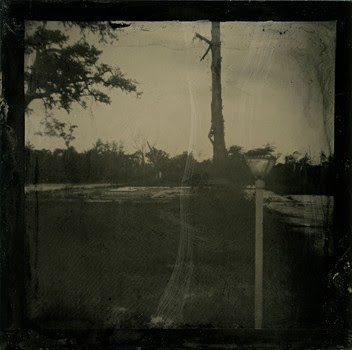 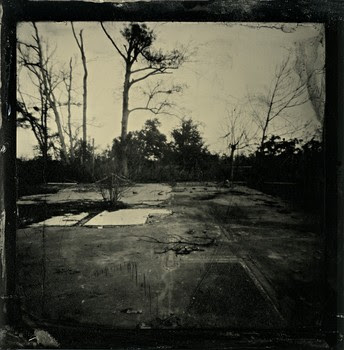 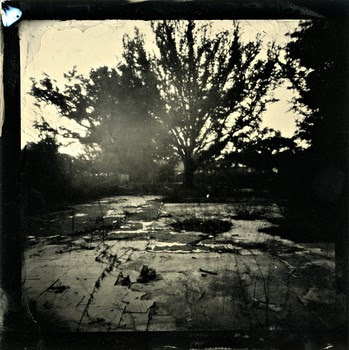 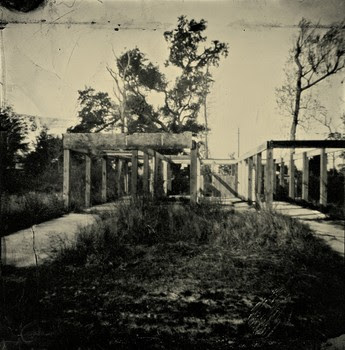 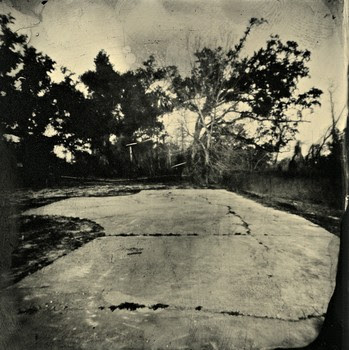 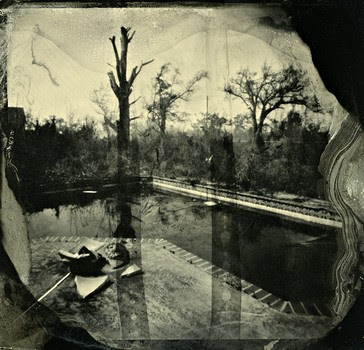 taxonomy: the science of the classification of living things

Calligraphy consists of a series of wet plate collodion tintype photogenic drawings of plant and animal specimens I have collected on walks near my home and in my travels. This series is inspired by “cabinets of curiosity”, natural history collections from the 17th century, and the precursor of museums. The original meaning of “cabinet” was a small room; these rooms housed collections of plants, preserved animals and minerals. My collection contains diverse plant and animal remains. I have always been intrigued by what is overlooked in daily life and these objects are cherished for the unique beauty of their sparse remains. 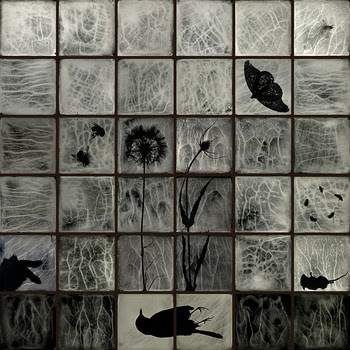 I have rendered my drawings of these specimens in wet plate collodion. The silhouettes of the photogenic drawings are rendered as black shadows and echo the brushstrokes in Chinese calligraphy, sparse yet expressive. Changeable as the original specimens, the silver rich plates are unvarnished and will tarnish with age. The speed and degree of tarnish will depend on their environment and the patina will be that of antique silver. 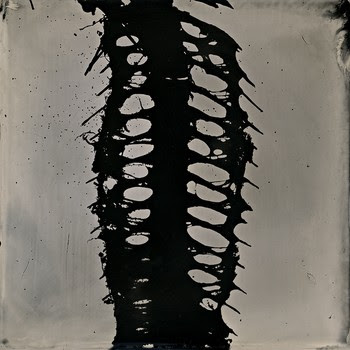 The calligraphy series is composed of single and multiple five inch square plates displayed in the style of 19th century specimens and housed in black wood shadow box frames. This collection will be displayed as my personal museum of specimens collected on my daily walks. These images are my memento mori; an acknowledgement of lives passed, a rendering of fleeting shadows. 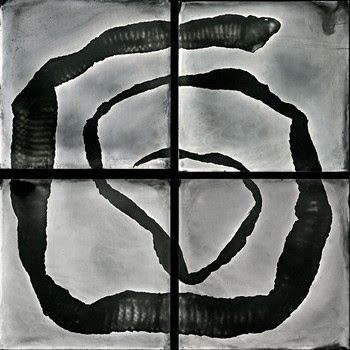 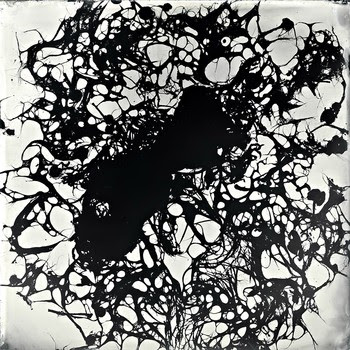 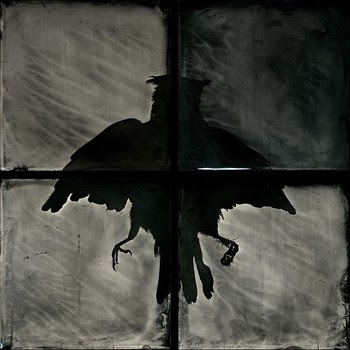 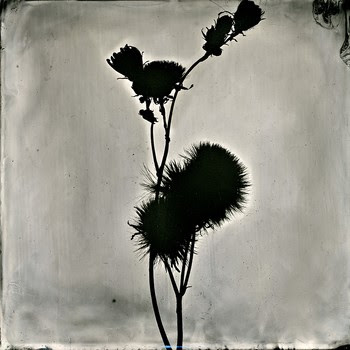