When I was in Boston recently, I received a lovely and thoughtful e-mail from Andrew Rowat, which sent me to his website. He was also in town for the Flash Forward Festival, but never mentioned that his photographs were on display and literally surrounding the Fairmont Hotel on the Harbor Walk.  I went for a stroll one morning, and realized I was walking over the imagery I had just seen on Andrew’s website.  His humility with the fact that his work was being celebrated on such a large scale was a bit remarkable. I feel it’s only appropriate to personally celebrate the work and the person of someone who I have come to admire.  He was commissioned to create the photographs I am sharing today, specifically for The Magenta Foundation’s Flash Forward and enRoute Magazine. 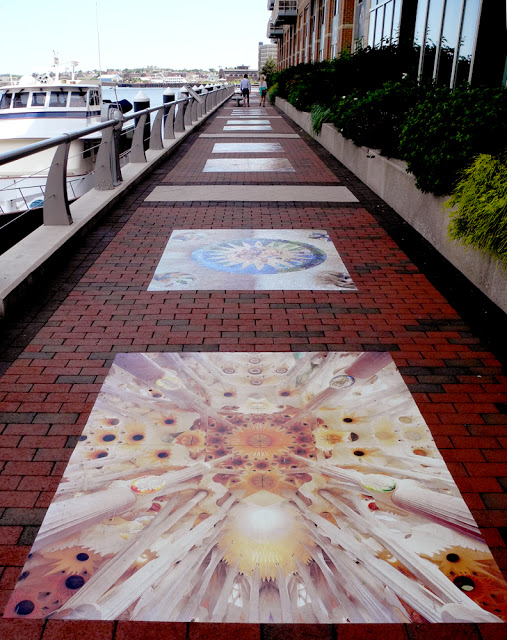 Andrew works as an editorial, commercial and fine art photographer.  He’s been honored with numerous awards including the PDN30 award, awards from The Magenta Foundation, Px3, and the APA.  His photographs have appeared in Vanity Fair,The New Yorker, Travel +Leisure, Dwell and many other publications.  His architectural images are stunning and worth a look on his site.
Images from Con/Textural Barcelona 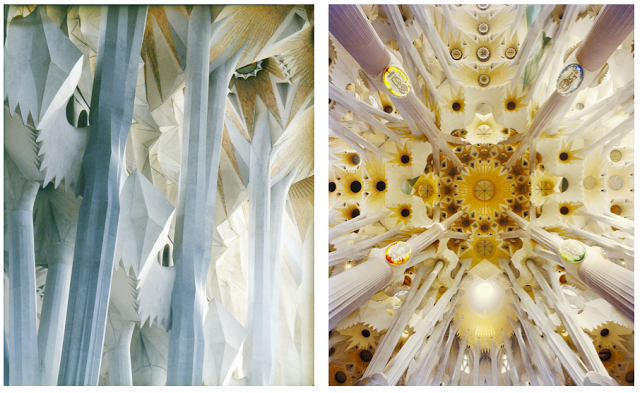 I was charged with photographing the ‘texture’ of Barcelona in a dual commission for enRoute and Flash Forward/Magenta. The idea was that 6 images would end up in Boston as giant decals that you would stand on, while viewing the 2011 Fast Forward winners; and that these same images would appear in the magazine, paired with an accomplice that would give you more of the context of the image, a sort of Con/Textural pairing. 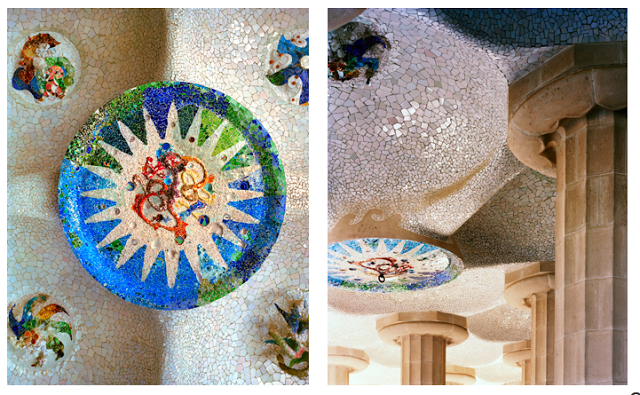 Beyond the textures themselves, I also wanted the images to reflect Barcelona in an encompassing/global manner – perhaps too ambitious for 6 images , but nonetheless. Barcelona has a wonderful architectural heritage with Antoni Gaudi leading the charge, but it is also a city that was once known for its textile industry, and I wanted to be sure to include both.
Of course, you cannot visit Barcelona without reveling in the beach – the interface that glues city and sea together. 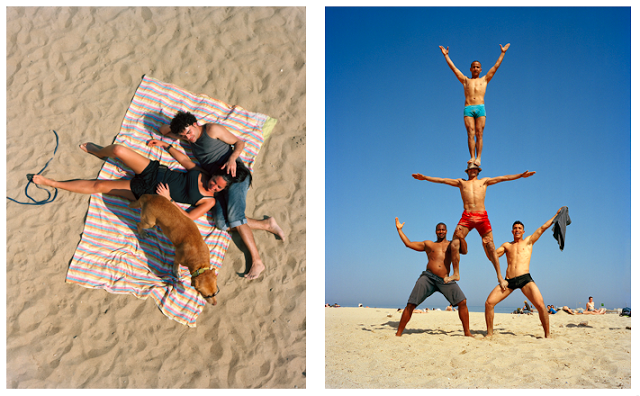 And there are two other things that strike you as you allow yourself the luxury of becoming a flaneur in this city – that there is graffiti everywhere, and that it is a city that is football/soccer-mad. The graffiti that greets you at every turn is not the haphazard tags of 1980s New York, but rather artful murals that adorn shopkeeps’ storefronts. Less eyesore and more public art they are a wonderful addition to the canvas of the city. Football, football, football. With FC Barcelona one of the top club teams in the world you can’t help but notice their impact on the people and the city. 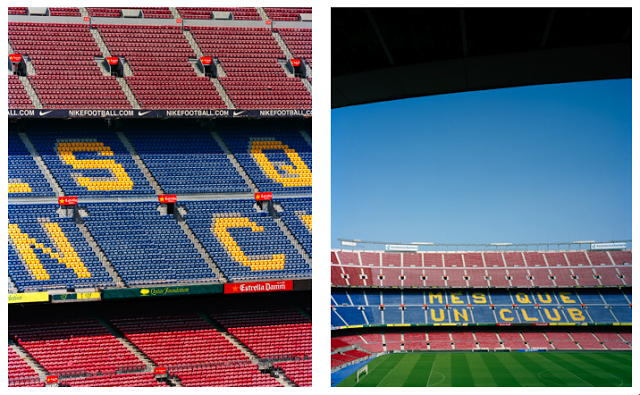 The stadium that they play out of, Camp Nou, is a cathedral in and of itself playing host to 99,000 fans on game days. I wanted to add that element to the Barcelona story that I was trying to tell.A handful of days is never enough time in a city to get your head around it, but it is long enough for you to appreciate that you would love to spend more time there. 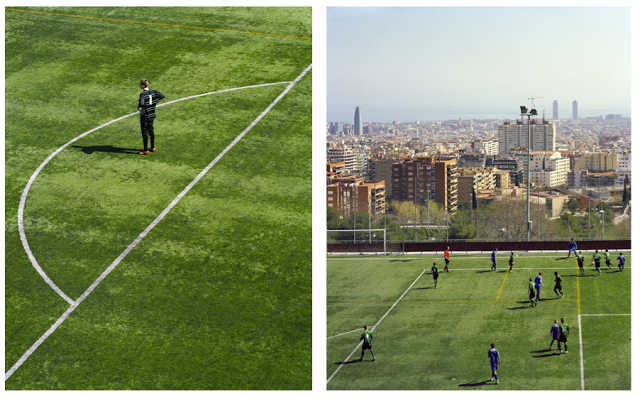 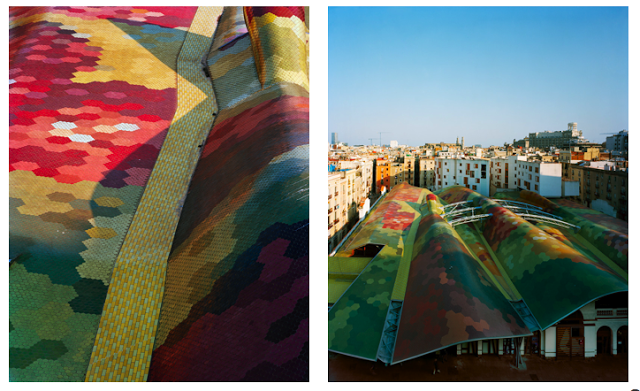 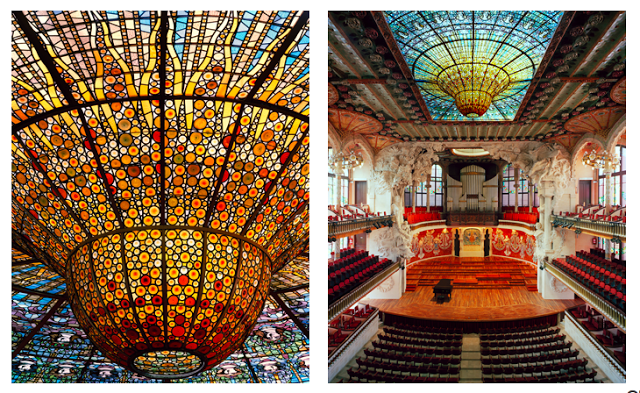 Andrew also has a series, Crumbled Empire, on the “stans” of the former Soviet Republic:
I set out in 2007 to document what was happening in the former Soviet Republics, the so-called ‘Stans’. I travelled overland from China through Kyrgyzstan, into Tajikistan, Uzbekistan, Kazakhstan, and Turkmenistan. I have always been fascinated by the remnants of how and where we live as people. So I seek to create images that inform us about others’ lives without actually showing us the people in the images themselves. Put simply they are a portal into someone else’s life.
Image from Crumbled Empire 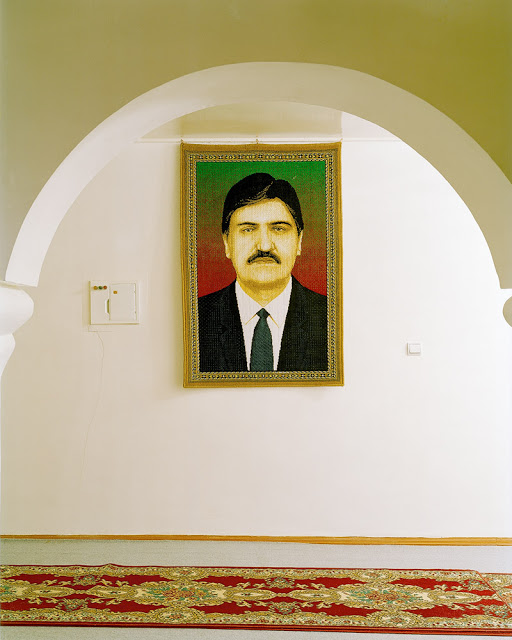 I photographed the scenes using a large format film camera because I wanted to be able to capture detail in the images that would be apparent when they were printed quite large. Oftentimes for me it is the details that can unveil the humour in a photo. An oven in Kazakhstan now being used as a cupboard; an embroidered carpet of a drug baron hanging on a wall that doesn’t reveal it is a carpet until closer inspection; graffiti on a sign on the marge of what was once the Aral Sea, but misspelled as You Mother Fukce PIMP. 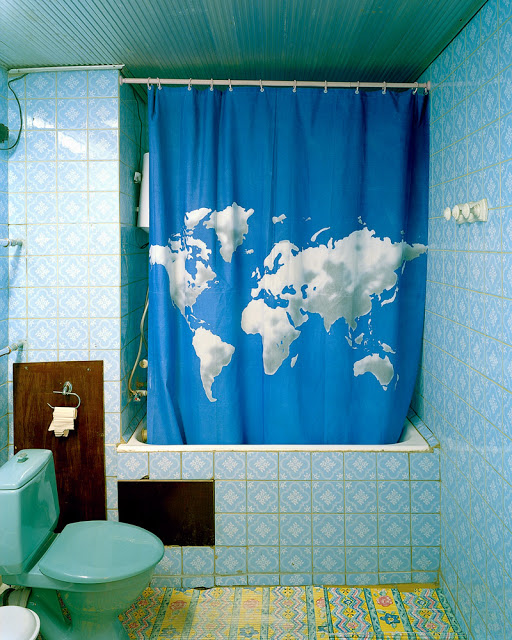 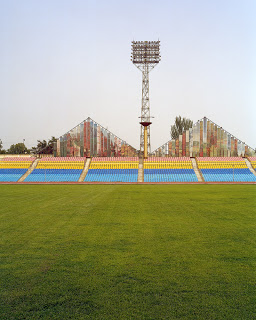 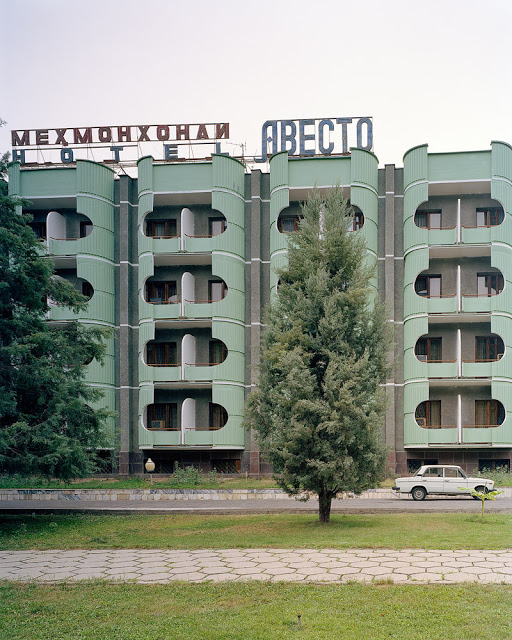 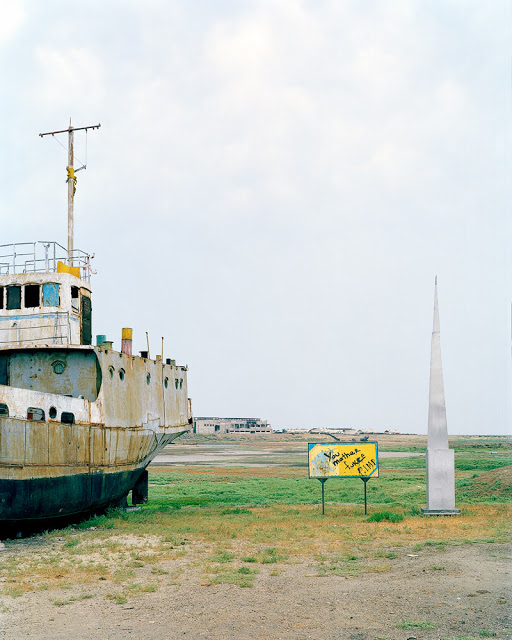 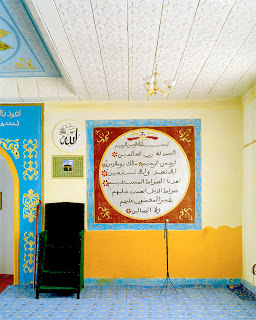 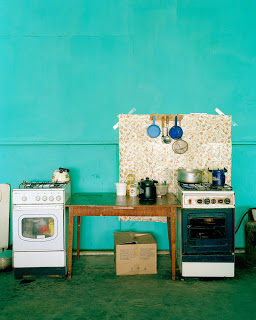 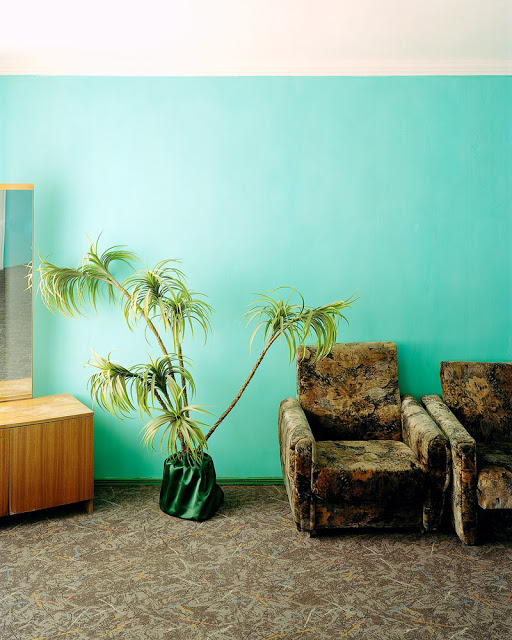 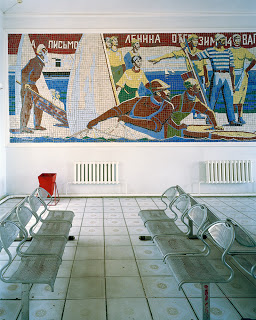 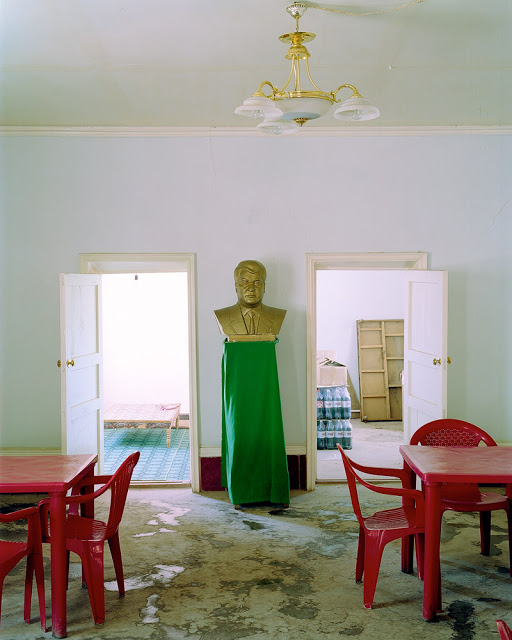