I once heard a story on NPR about how a pine cone only releases it’s seeds when exposed to extreme heat, in most cases that being a forest fire.  The idea of new growth springing from devastation is a metaphor for so many things.  Svjetlana Tepavcevic’s new project, Means of Reproduction,  reminded me of that story and made we want to explore the natural world more intently. 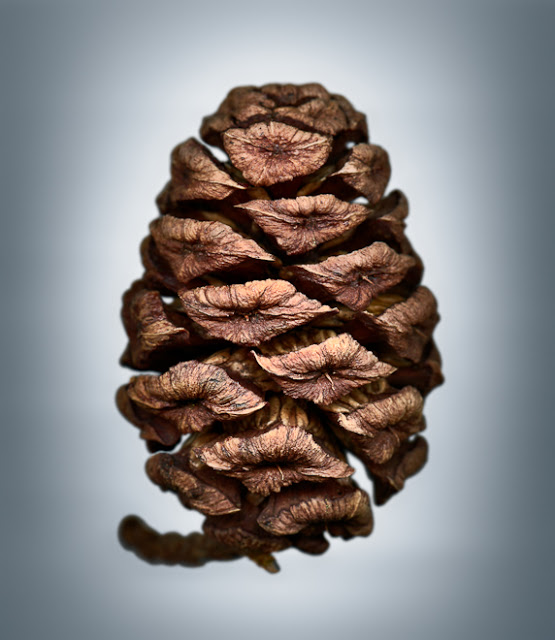 Svjetlana was born in Sarajevo, Bosnia, and is currently based in the Washington D.C. area, but maintains a connection with Los Angeles, her longtime home. In the early 1990s, she witnessed the breakup of her country in a bloody war, and lived through the siege of Sarajevo, the longest siege of a European city in modern history. Near the end of the war, she left for the United States, and is now an American citizen. She holds a B.A. from University of California at Los Angeles and an M.A. from University of Pennsylvania, both in communication studies. Her work is held in private and public collections and has exhibited widely.

I did not set out to create this project. One day, while walking, I found an amazing object. It was dirty and damaged, but its intricately networked structure and its strange beauty fascinated me. Too delicate to be a skull of a small animal, the object alluded to many things. It took me time to figure out it was the inner shell of a vine seedpod. In my hikes, I’ve seen these vine pods frequently. 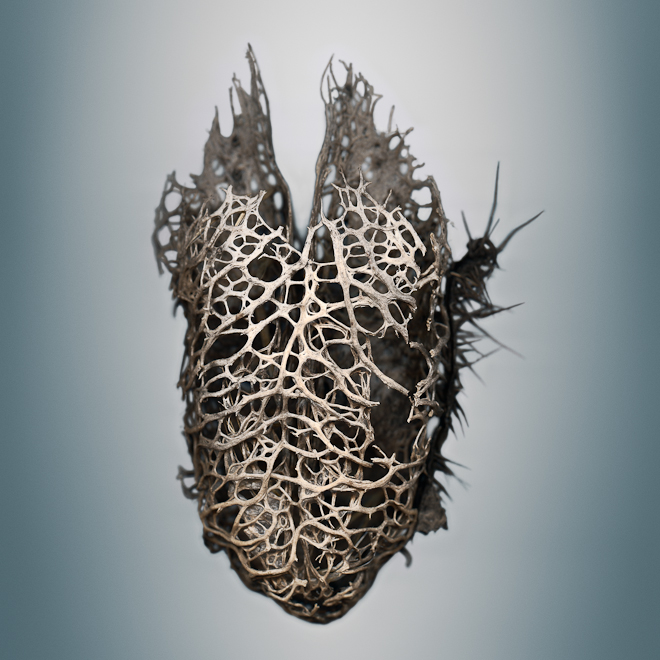 They are green and look like a strange cross between a porcupine and a medieval cannon ball. The object compelled me to look closer and harder, to look for more. Compared to large and complex life forms that emerge from them, seeds and their vessels are much smaller and seemingly simpler. The cone of a giant Sequoia tree, for example, is hardly bigger than an egg, its seeds the size of oat flakes. But, they are just as infinitely complex and eternally mysterious as anything in nature. 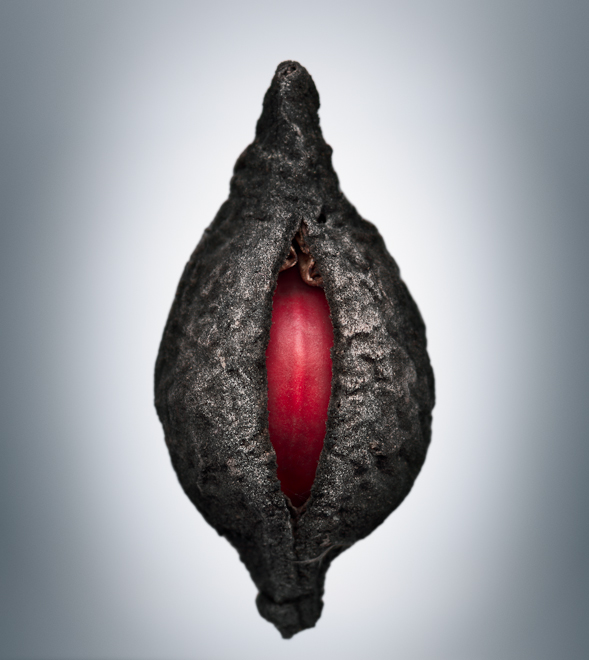 As I began to create the images, the key idea was transformation. The small had to be transformed into large, the micro into macro. I wanted the images to brim with energy, to focus on the detail, and to reveal the vast variety of forms the objects can take on. For me, these objects are a testament to life’s enormous resilience. Many of the seeds and pods in the images are from city-dwelling trees that seem to grow out of asphalt. 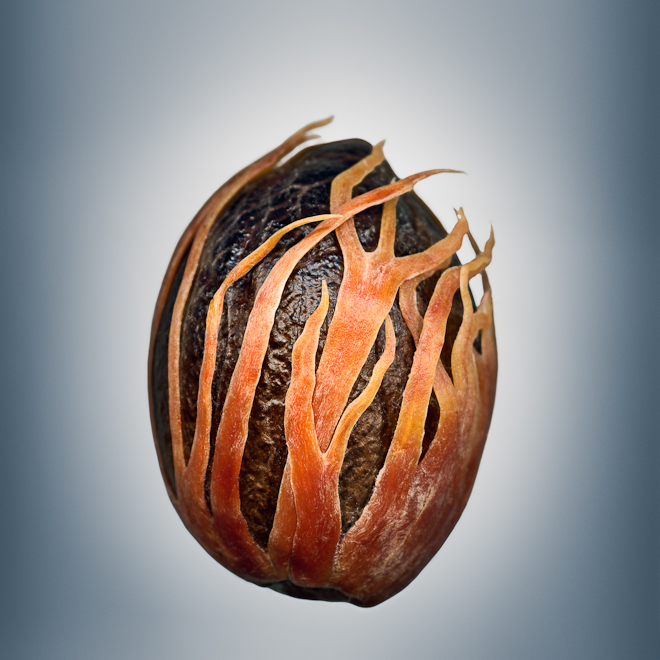 They remind me: however tough the circumstances, life’s overwhelming purpose is to reproduce itself. They also remind me of the massive complexities in nature, all around us, complexities that remain invisible to us. Finally, for me, many of these images are memento mori. An image depicts seeds from a tree that was cut down; another shows a female Sequoia cone that has to burn in fire to release its seeds. 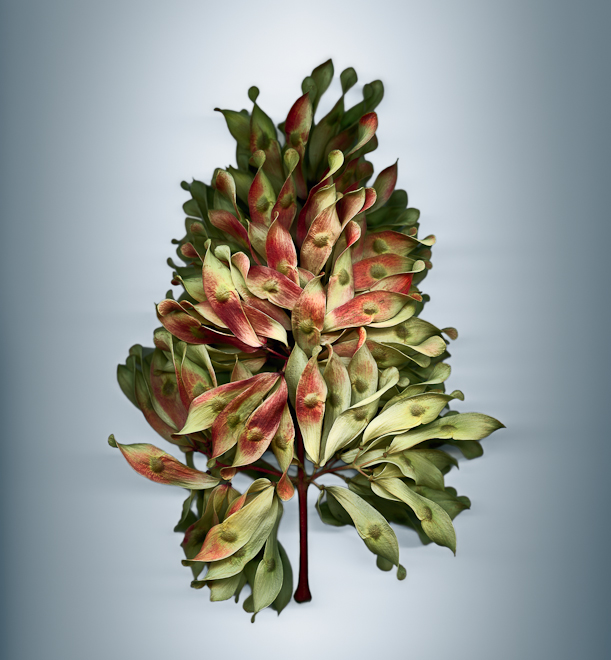 Round pods allude to barren meteorites or planets falling through space. All things pass. I think of the unfathomable enormity beyond Earth, and that these small but elemental parts of life hold a mirror to it. 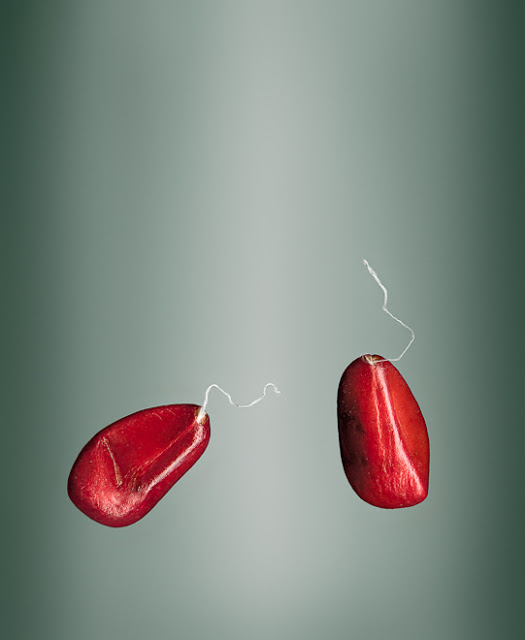 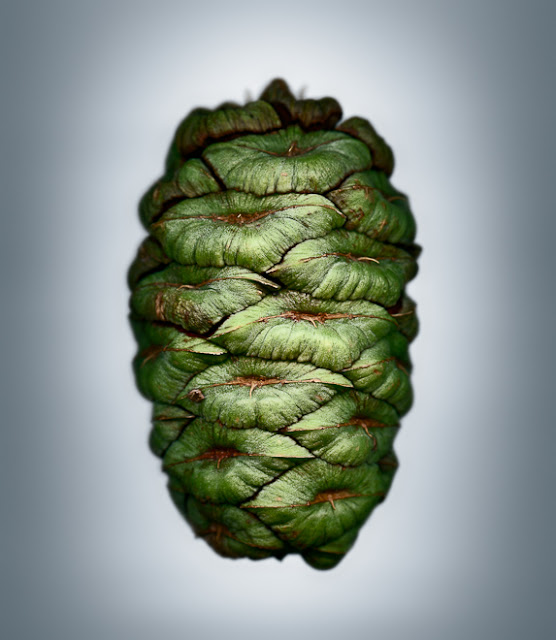 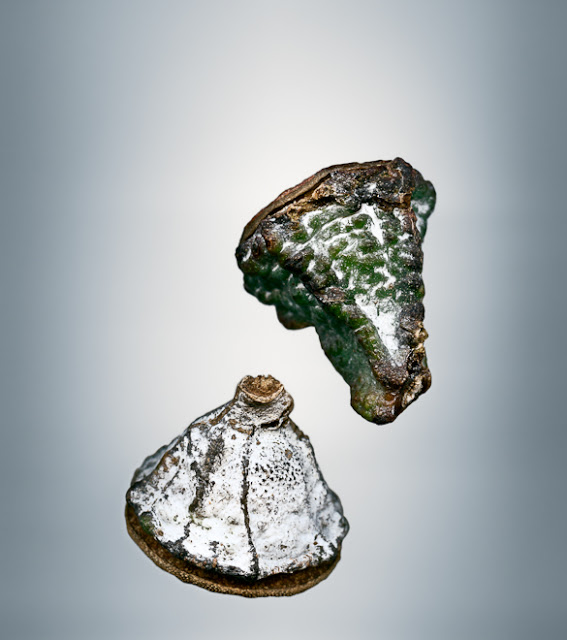 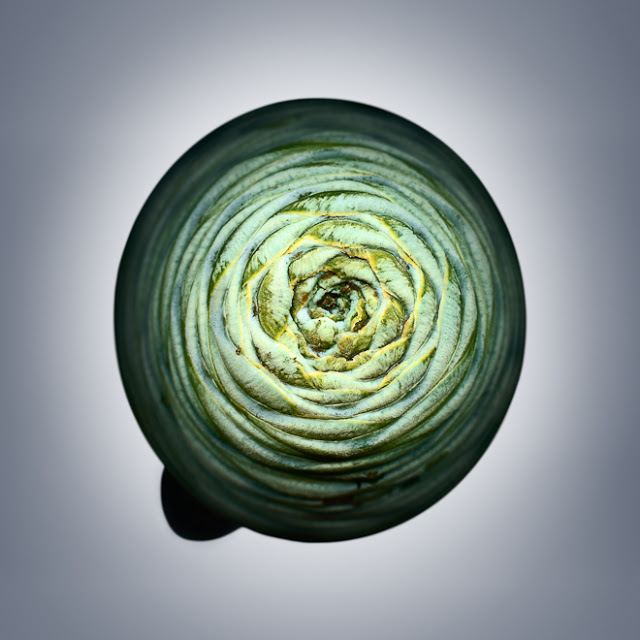 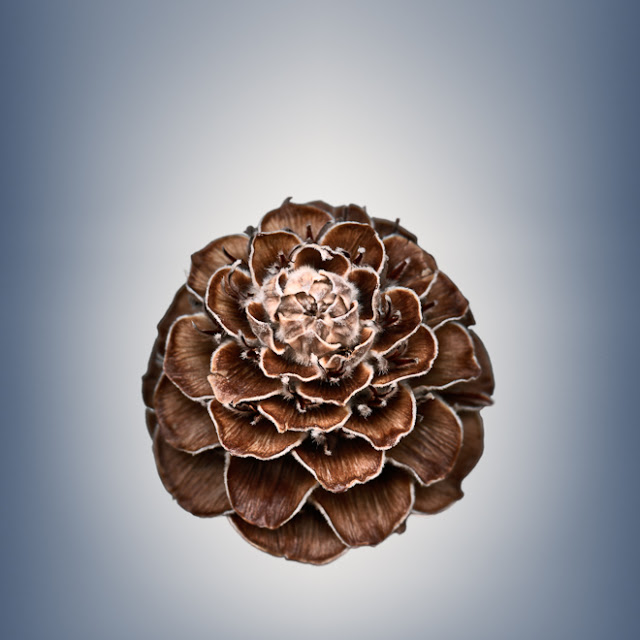 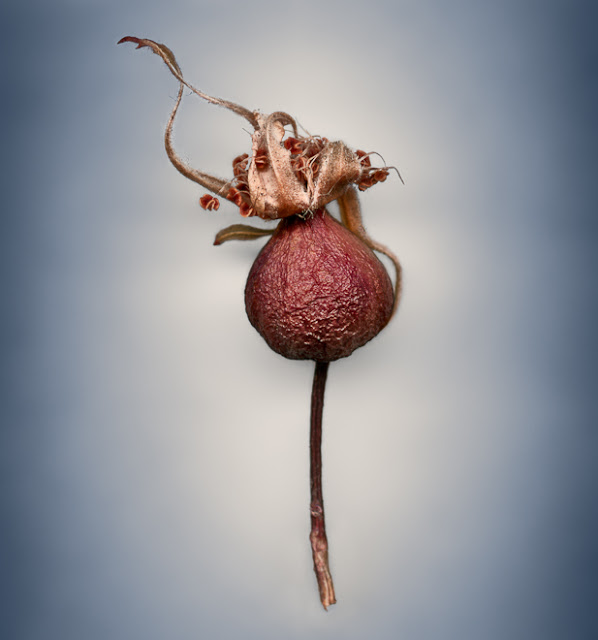 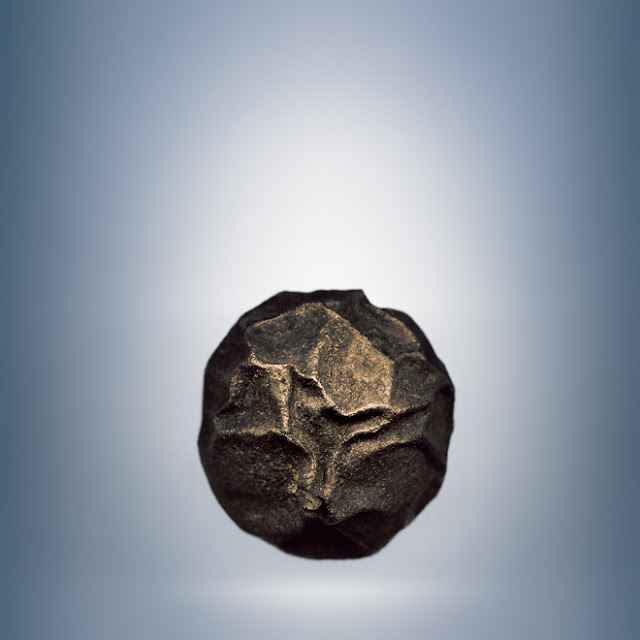 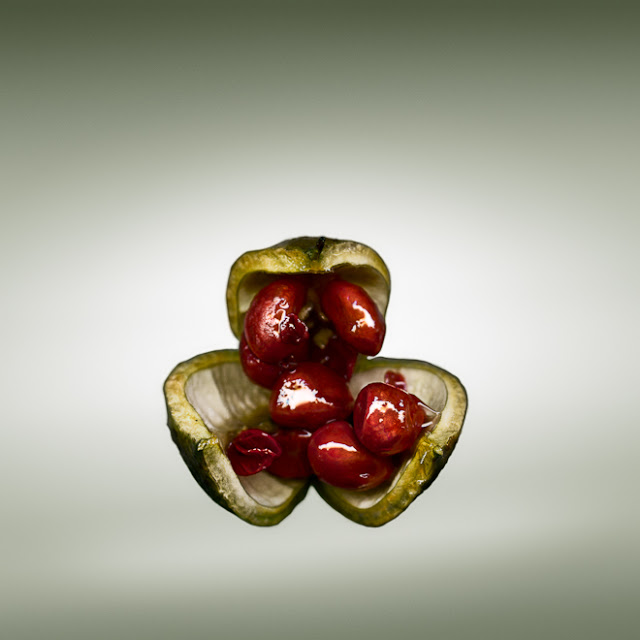 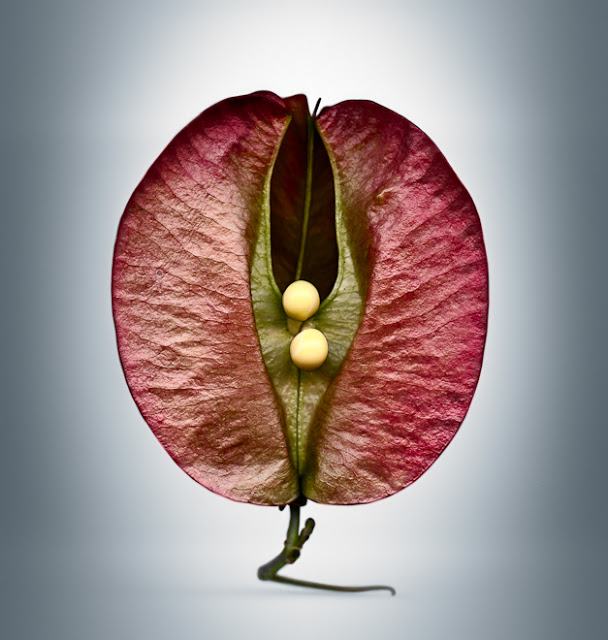 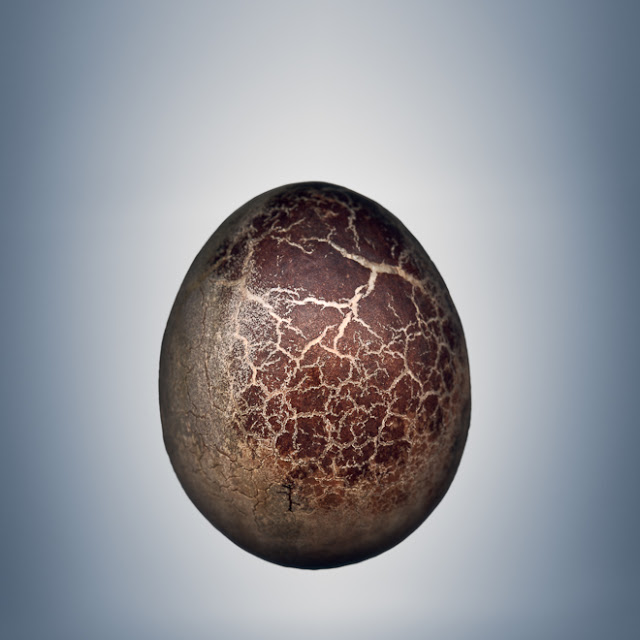