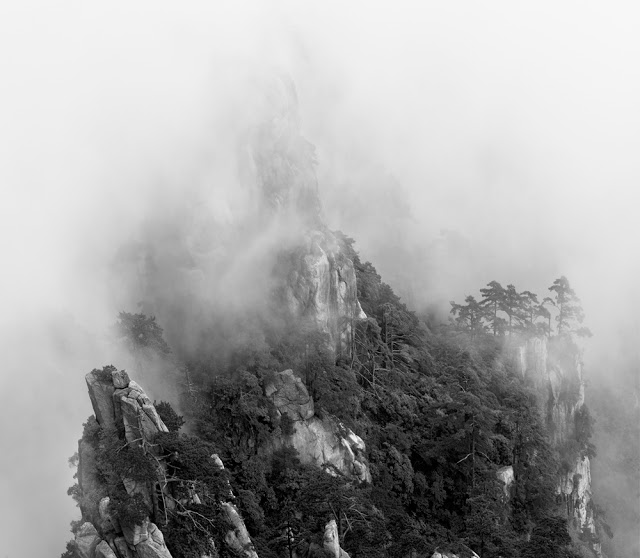 If you happened to attend the Magenta Foundation’s Flash Forward exhibition in Boston last year, you may have had the pleasure of seeing the work of Jon Wyatt.  If you happened to attend this year, you would also have had the pleasure of viewing work from his Avalanche UK series.  Jon made his way to Photolucida from London, bringing several bodies of work to the review.  His gorgeous prints from his Huangshan series brought to mind work from legendary black and white landscape photographers.
Born in Devon, UK, but now living in London, Jon states about his growing up: “Though I’ve spent none of my adult life there, I still consider Devon and the westcountry my spiritual ‘home’. This fact made me consider how cultures turn to the landscape for collective identification – creating the notion of a ‘homeland’. Memories and cultural virtues are projected onto the landscape, giving it a moral and spiritual significance. Increasingly though, I feel that this kind of bond – the link between a culture and its physical landscape – is deteriorating. In a nutshell, we adapt our environment to suit our own ends, rather than allowing our environment to shape who we are. Too often we work against ecosystems rather than with them.”
Huangshan Ltd
Huangshan, (literally ‘Yellow Mountain’) in Anhui Province is one of China’s most iconic national monuments. A range of mountains consisting of 72 granite peaks, the ‘Mount Huangshan Scenic Area’ covers an area of nearly 300 sq.km and has been declared a UNESCO World Heritage Site for its habitat for rare and threatened species. One of China’s top tourist destinations, its iconic beauty ranks with the Yangtze River and the Great Wall as a potent cultural and spiritual symbol. A ‘sister’ national park of Yosemite in the US, it has inspired centuries of painters, poets and scholars becoming known to the Chinese as ‘the number one mountain under heaven’. 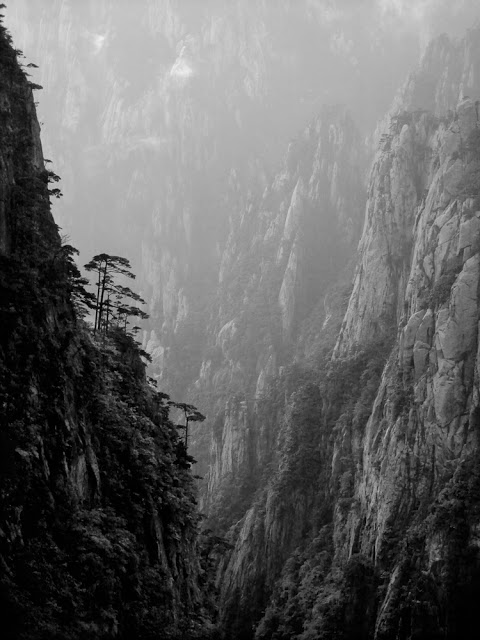 The entire Mount Huangshan Scenic Area is owned and managed by the ‘Huangshan Tourism & Development Company Ltd’ and is listed on the Shanghai Stock Exchange. China’s decades of rapid economic reforms and the unwillingness of central government to allocate money and resources to such areas has led to this process of privatization. It’s a model that is being widely replicated for other iconic spiritual and historic sites, from Shaolin temples to sections of the Great Wall. 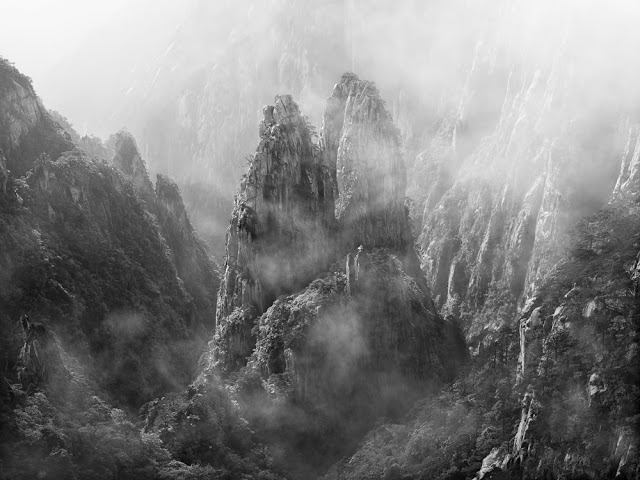 Huangshan is renowned for the gossamer threads of ethereal mist which drape the mountains. And the regularity with which those mists dramatically converge into dense ‘seas’ of cloud. Surging and billowing between the peaks, these clouds obscure all notions of scale, an allegory for the process of privatization of an iconic landscape. In this series of photographs the mist is seen to build, converge into a sea of cloud that blankets the peaks, and finally disperse. Photographed in a style resonant of traditional Chinese ink drawings, the clouds denote the growing rift between a nation and a landscape once revered as the inspiration for the Chinese collective national identity. 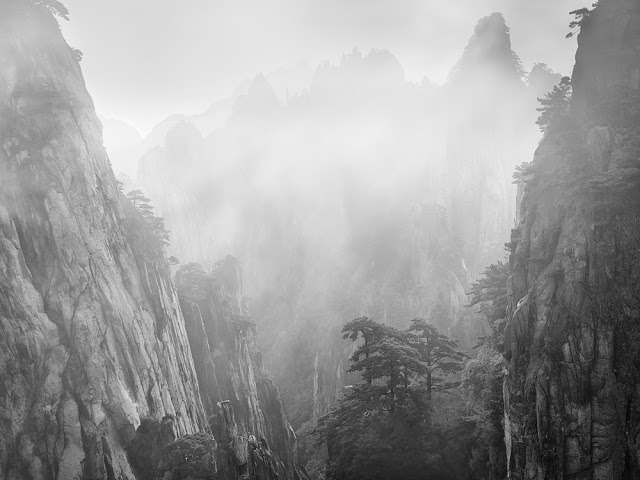 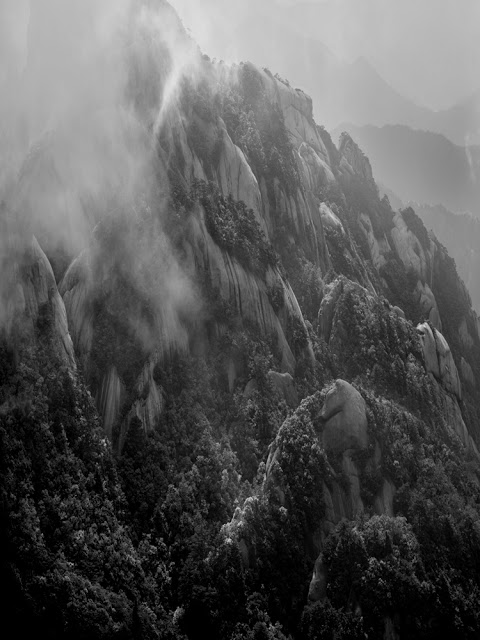 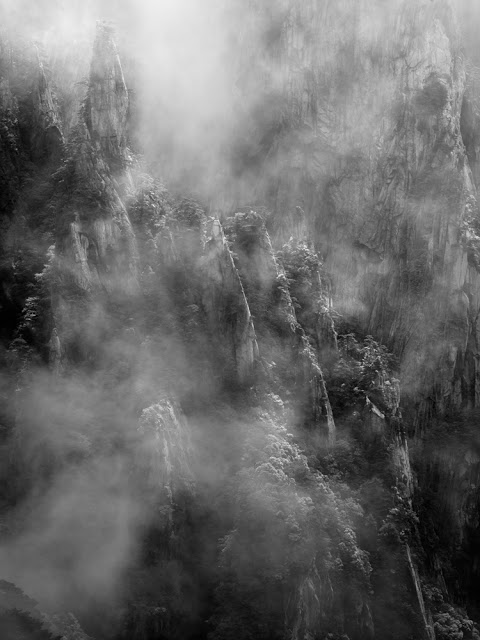 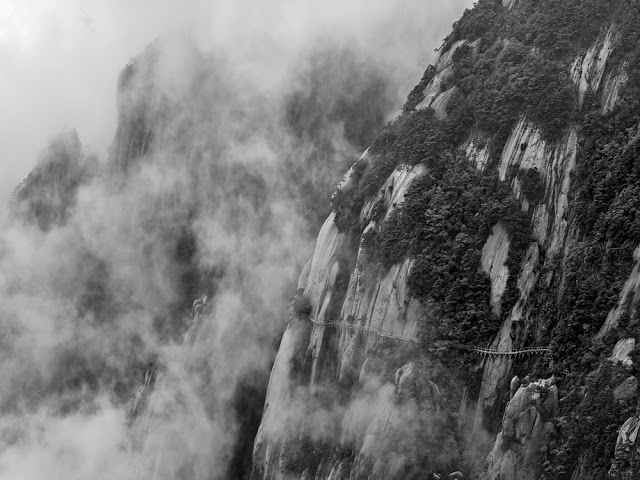 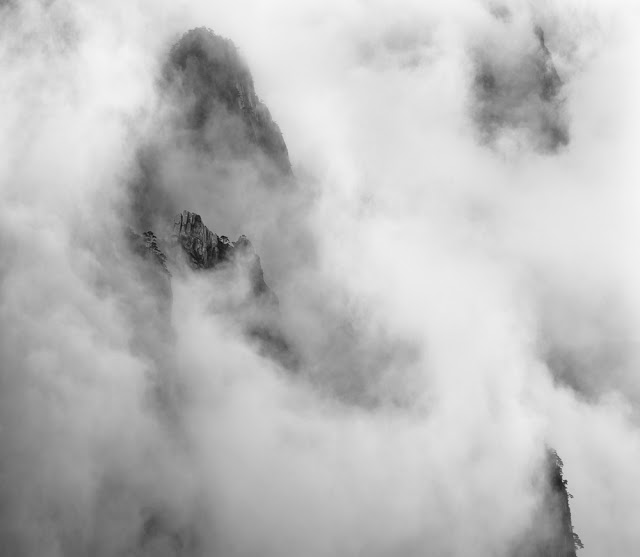 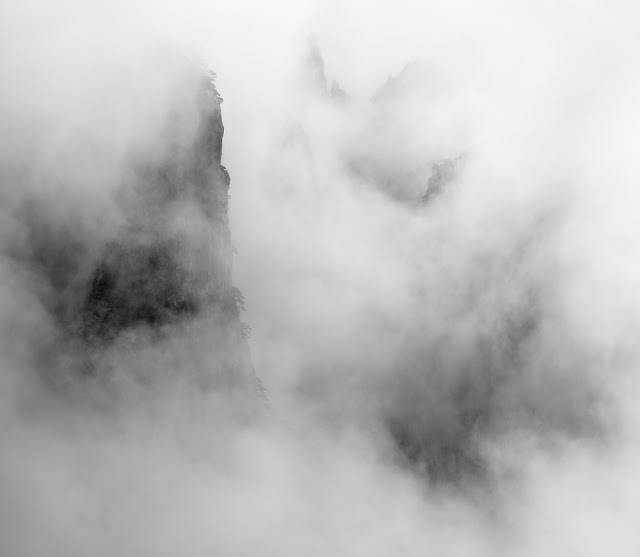 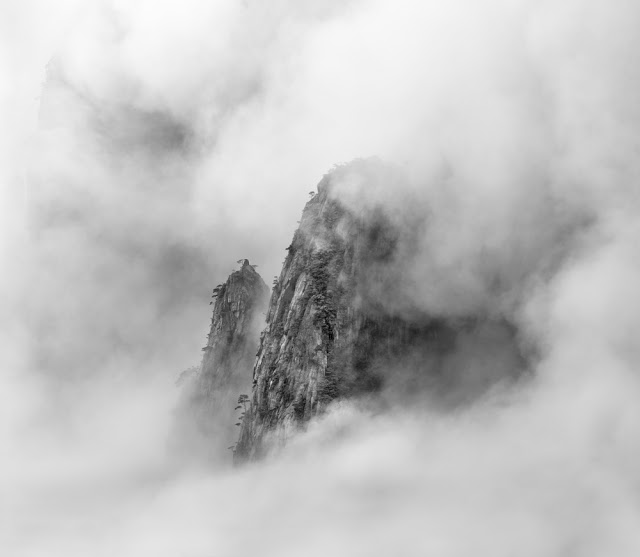 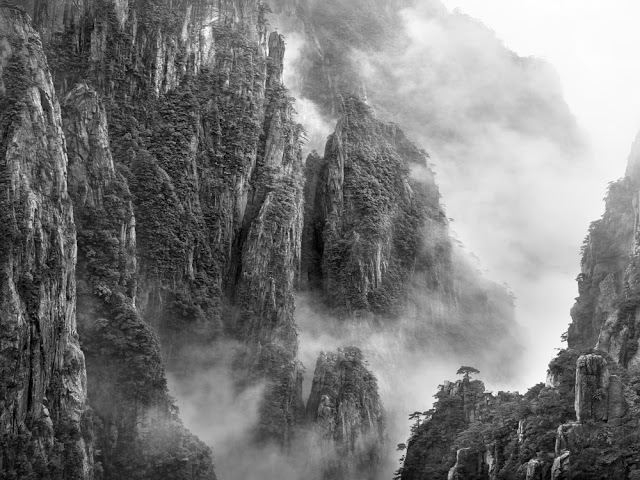 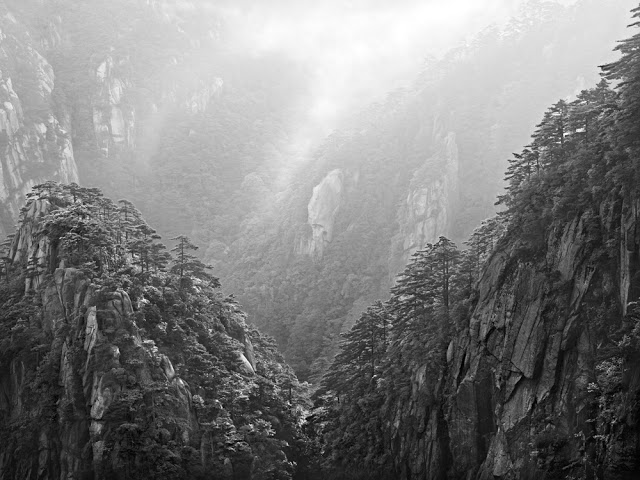 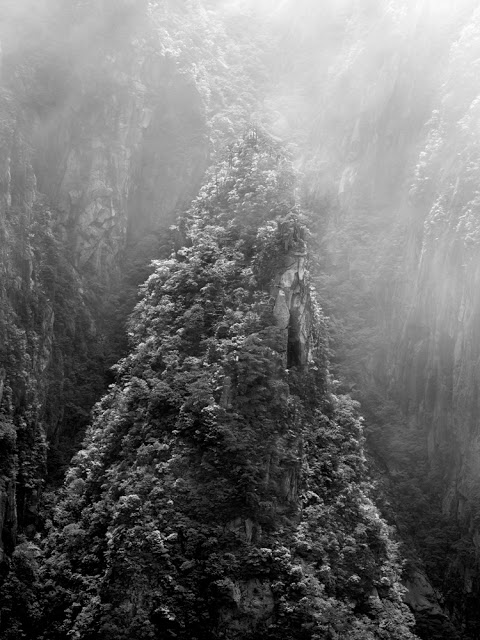