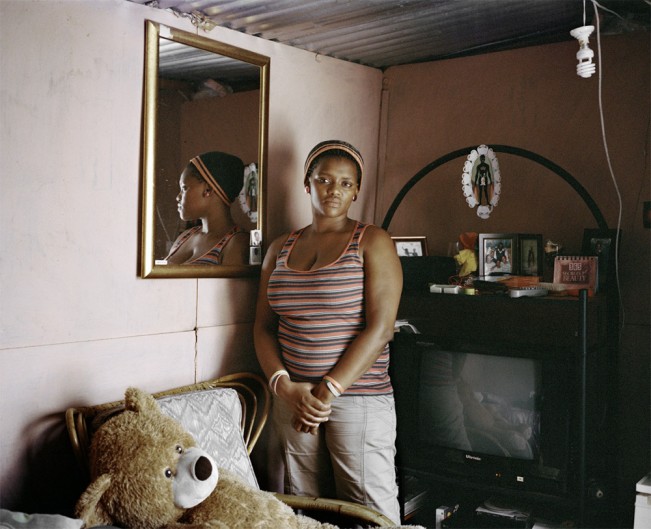 The Project Launch grant submissions represented a diverse cross-section of contemporary documentary and fine art photography dealing with a broad range of subject matter. The work submitted was beautifully divergent – ranging from highly personal, emotionally-compelling stories to hard-hitting, impactful documentary projects and beyond. As a juror, it was deeply inspiring.

All of these qualities and more were elegantly combined in Guy Martin’s project, “City of Dreams”. Beautiful, formal, impactful and revealing, Martin’s project is a true reflection of modern documentary work. The photos are a compelling mixture of cinematic surreality and intense reportage, asking more questions than they answer.

It was an honor to be part of the jury. 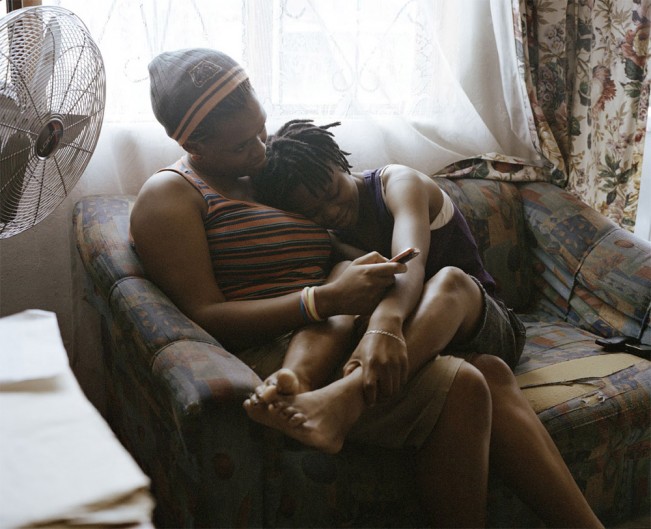 South Africa has one of the world’s highest rates of sexual assault. According to a 2009 government survey, one in four men admit to having sex with a woman who did not consent to intercourse, and nearly half of these men admitted to raping more than once. An earlier government study found that a majority of rapes were committed by friends and acquaintances of the victim. “Corrective rape” is a disturbing practice whereby men are raping lesbians and gay men in an attempt to “cure” them of their sexuality.

In one of the few cases to attract press attention, in 2008, Eudy Simelane, a lesbian, was gang-raped and stabbed to death before her naked body was dumped in a stream in the Kwa Thema township outside Johannesburg. A soccer player training to be a referee for the 2010 FIFA World Cup, she was targeted because of her sexual orientation. I read of this murder and I began my research of corrective rape. 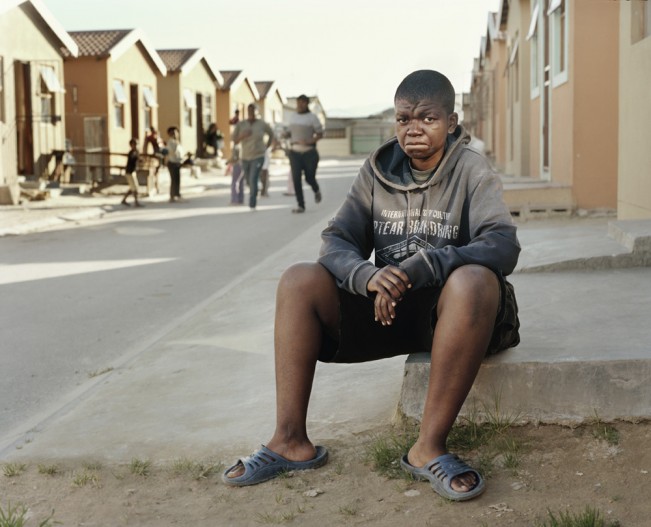 South Africa’s law was the fifth country in the world to legalize same-sex marriage. With horrific apartheid in recent memory, the country’s 1996 Constitution committed itself to equality for the entire nation. But the new constitution could not erase deeply held biases and even hatred toward lesbian, gay, bisexual and transgender people. If anything, the extension of formal legal protections exacerbated some people’s worst homophobic inclinations.

Over two years, it became evident to me that multiple layers of South African society were responsible for the epidemic of corrective rape and that bias, apathy and culpability ran deeper than I could have imagined: in educational and religious institutions, the criminal justice system, and even within families. 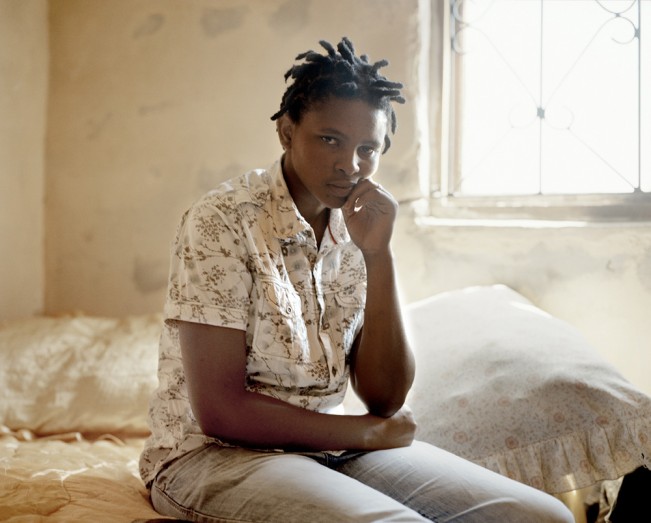 Portraits of the corrective rape survivors and their family members are the central focus of my project. Collecting cell phone pictures, death certificates, medical documents, crime scene images, interview footage with those that perpetrate homophobic ideologies was an essential aspect to learning more on the subject of corrective rape. Photographing these items became a key feature in the project as the information collected was from those directly affected by corrective rape. The additional imagery and footage act as “evidence” in a time when a photograph’s authenticity is greatly questioned. This imagery connects the audience to the subject’s reality through a different channel to that of the portrait. It enabled me to create a comprehensive study of this hate crime that would let the viewer generate an opinion. 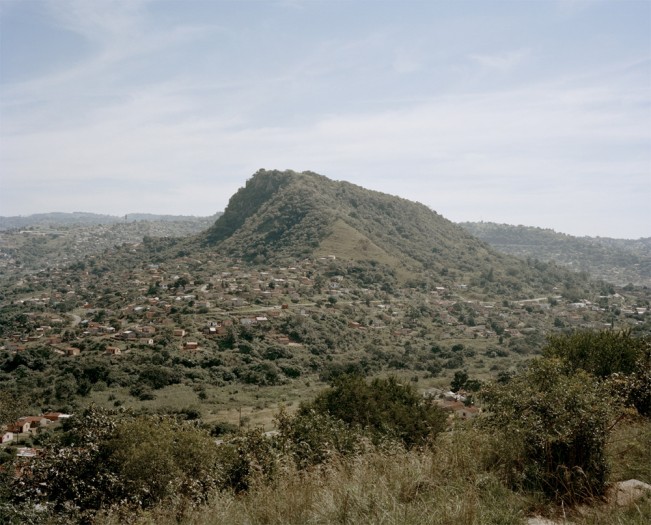 Clare Carter was born in London, UK in 1985 and currently resides in New York. She earned a BFA in Photography from Parsons School of Design in 2009. Carter assisted artists Taryn Simon and Nan Goldin before pursuing her own documentary projects. Carter’s work investigates human rights and social issues around the world. Her projects have been exhibited internationally and featured in The New York Times, The Independent Magazine, Vanity Fair, Slate among others. Her project Corrective Rape was the runner-up for 2013 Aperture Portfolio Prize. 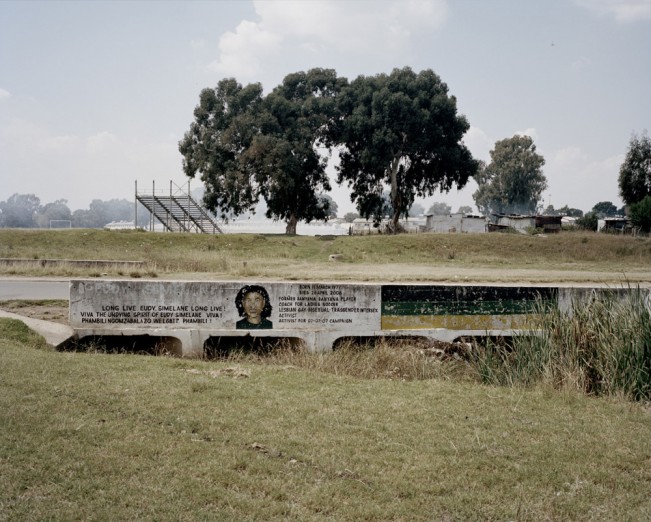 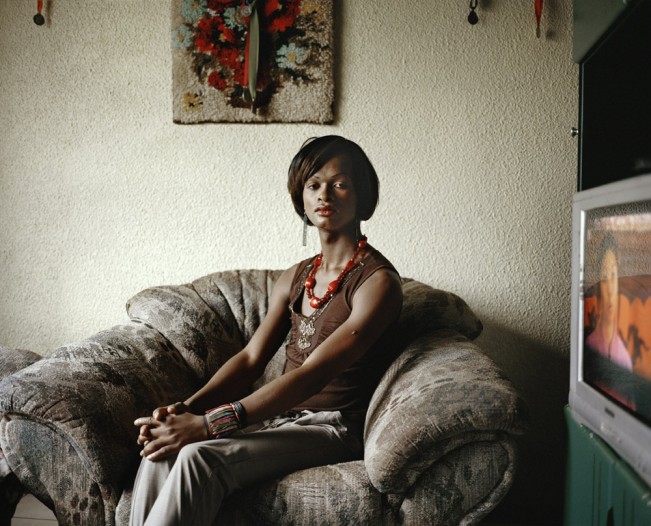 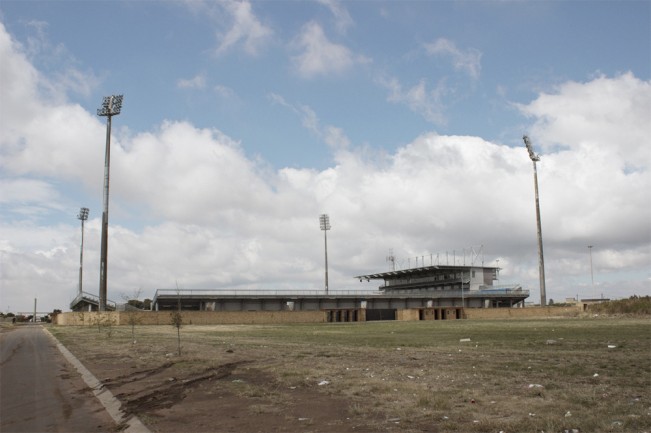 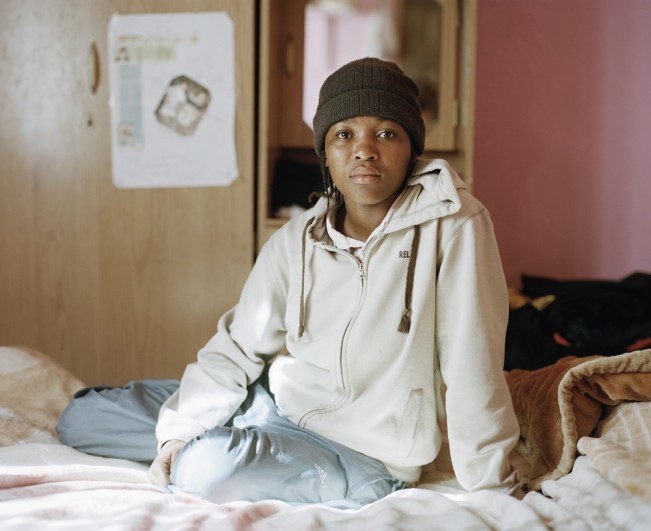 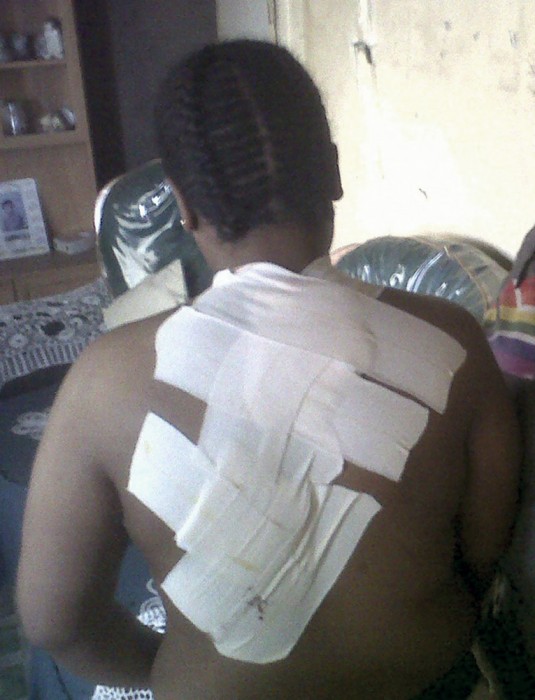 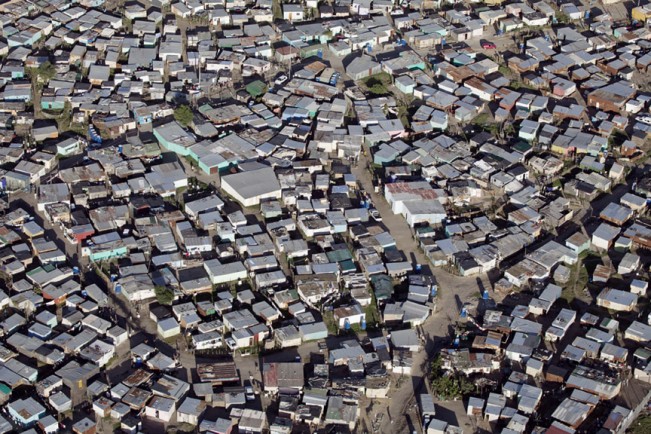 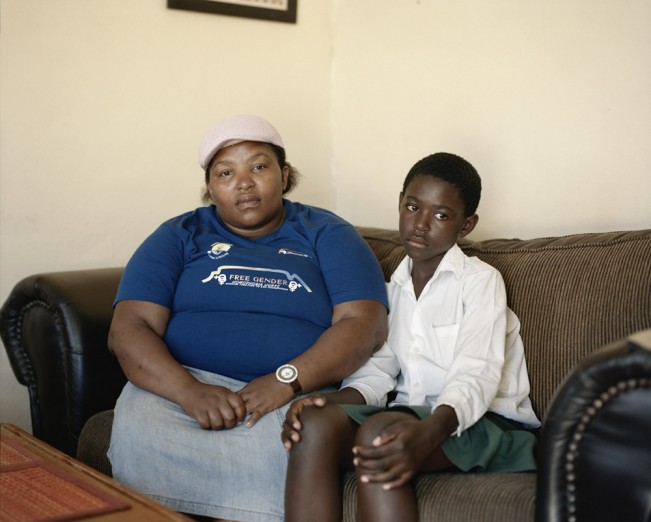 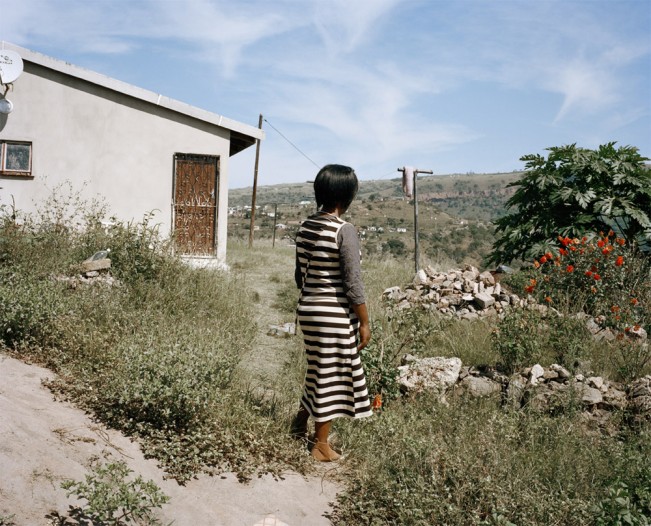 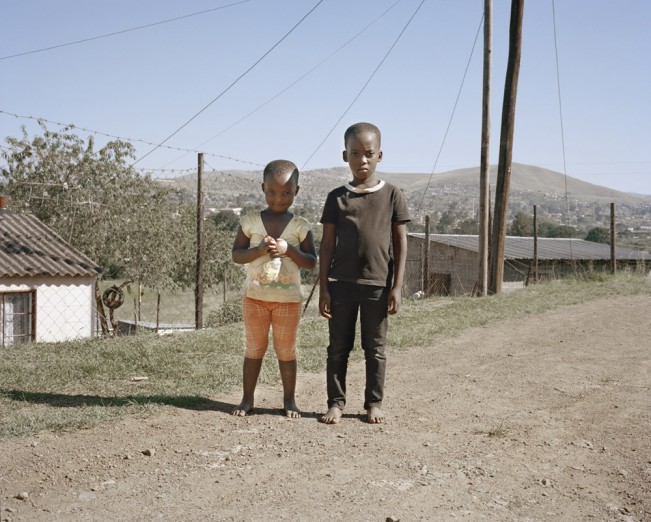 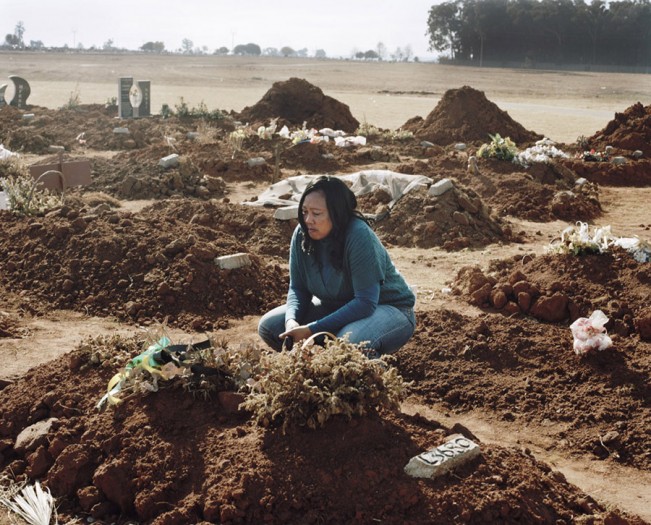 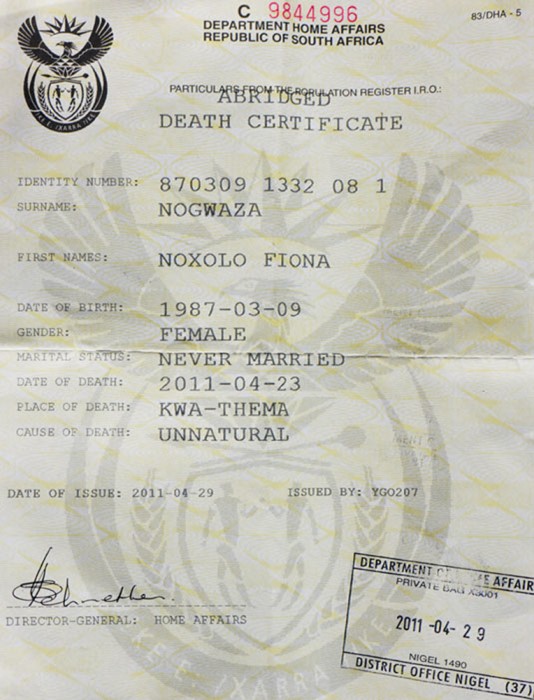 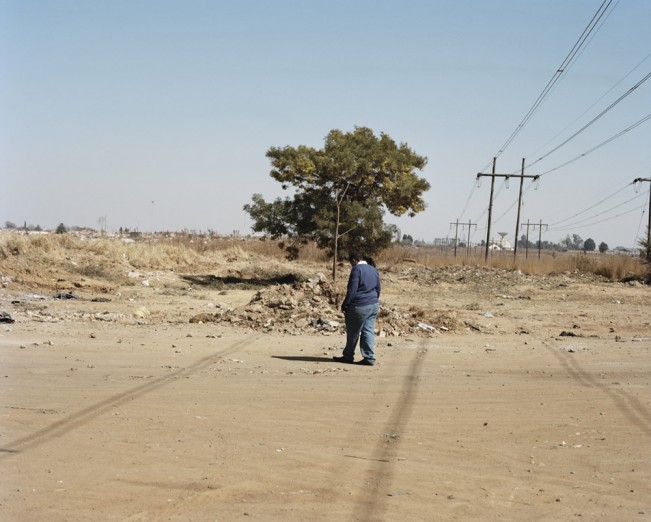 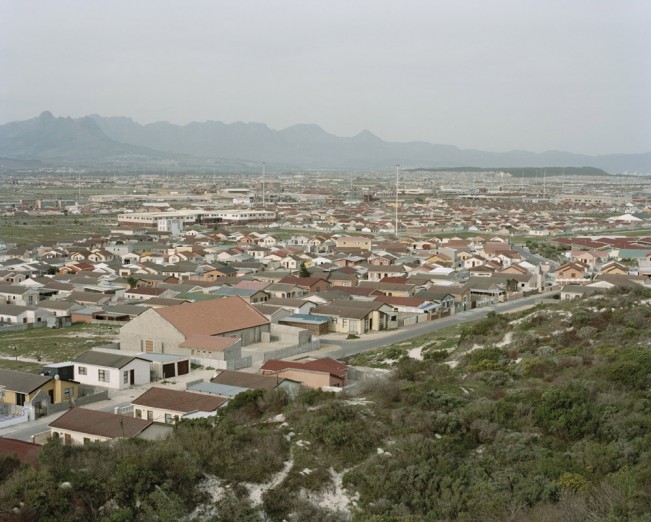