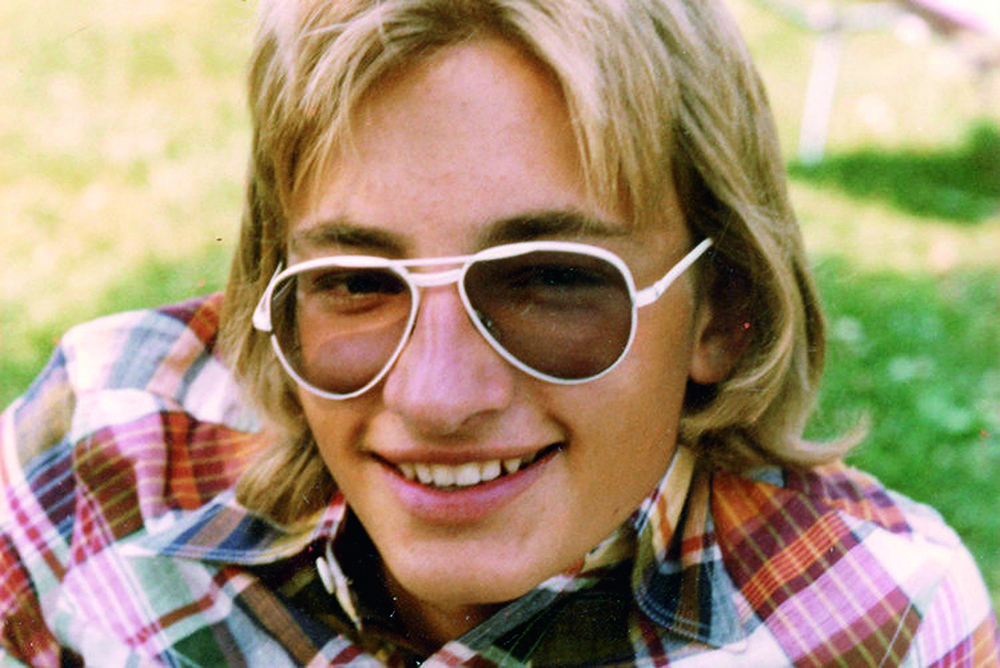 I first came across Sara-Lena Maierhofer’s book Dear Clark, at this years NYBF at MOMA PS1. It was a very, very humid room packed with people and books. It was hard to see over my foggy glasses but we came across the table of Drittel Books and had the pleasure of talking in person to the publisher and artist Andreas Gehrke. After taking a look at their other high quality publications, I took Dear Clark, in to my hand. It was an easy decision to make, and I purchased the book for myself. Dear Clark, is a unique book both from it’s subject matter to it’s inspiring book making qualities.

Andreas Gehrke from Drittel Books says about Sara-Lena and her book:
“On one hand side the work on the book was easy because the edit was already done by Sara-Lena for her previously produced limited artist book and also because Sara-Lena and her Designer Sven Linhorst-Emme are very structured and well organized. On the other hand we had the challenge to transfer all the small gimmicks and handmade ideas behind the artist book into a trade edition. The result was that we all ended up in my warehouse hand tipping 3500 images into the books. ALL OF US: the artist, the designer, one intern, another friend of Sara and two publishers. What a funny but informative experience.” 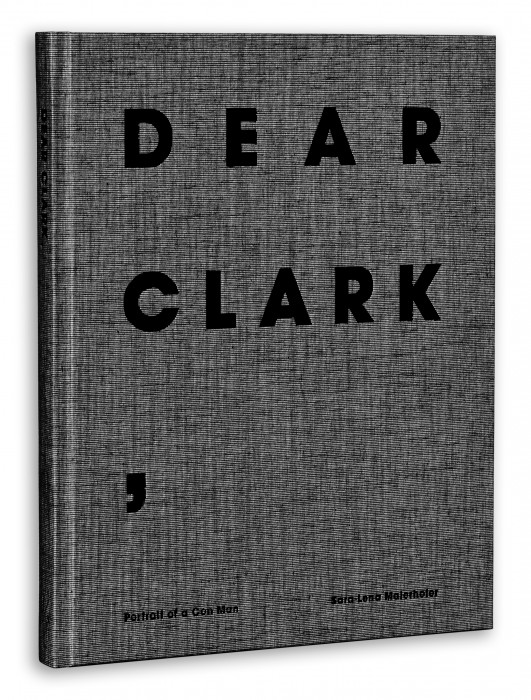 I had the pleasure of talking to Sara-Lena about her book and art process in the hopes to dig dipper in to her mind, creativity and book.

First, can you tell us about the back story of the book and the project Dear Clark, ? How did you first hear about Clark Rockefeller and his story?

Dear Clark, is the story of Clark Rockefeller, a con man who lived under various aliases in the US for almost 30 years. I read about his case in the newspapers and decided to contact him.

He was born as Christian Karl Gerhartsreiter in 1961 in a small village in Bavaria, Germany. At the age of 17 he left his family and homeland and created a new identity in the US. Over the years that followed he continually changed his location, name and profession: Los Angeles, Boston, New York; Christopher Crowe, Chris Gerhardt, Clark Rockefeller amongst others.

“Dear Clark,“ are also the opening words of the first letter I wrote to him, addressed to the prison not far from Boston where he has been detained since 2008: “As much as I can understand the absurdity of being a public figure and receiving letters from strangers, I would still appreciate to start a correspondence or to meet you in person.” He never responded. 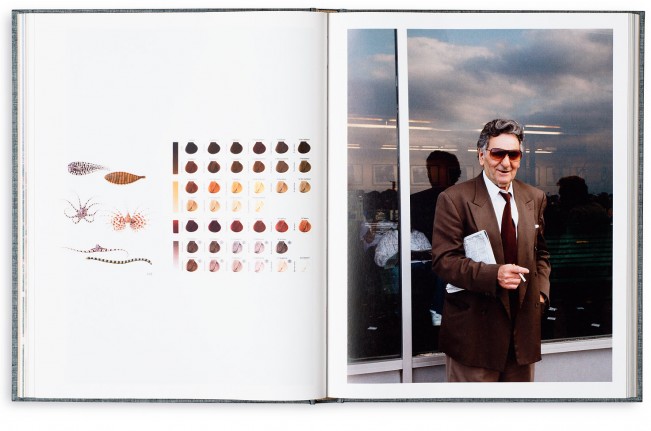 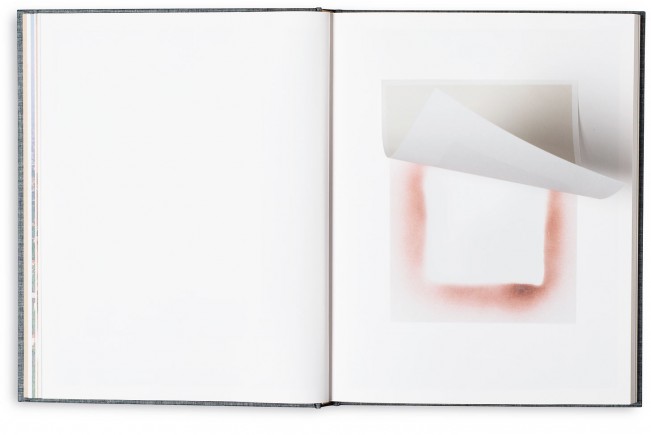 I think one of the biggest elements in the book and the body of work itself, is the mix of visuals – from straight photography, to found footage to documents and more. Can you tell us about the choice of using these types of visual languages?

Clark itself avoided any kind of definition and confinement. To do him justice I decided to create a multiverse with many directions. The portrait of him remains a mere flicker – a composition of slivers and fleeting moments.

I like seeing these different kind of images “like different kinds of sentences in a novel”. There are photographs that resemble subordinate clauses, their sole purpose to create a specific atmosphere. And there are images, often documents or found photographs that add detail or texture to the narrative, giving you a sense of time and place. Then, there are the kind of phrases, while reading, that keep repeating in your head, that are a lot more than the sum of their words.

The story of Clark Rockefeller (one of his many names), is a very intriguing story – his shift from one name to another and in that from one reality to another is something many artists, in some way- can tap into. This might not be a question, but would love to hear your opinion about this notion.

The camera is the perfect disguise. A voucher in the worlds and realities of others (also handy are fake business cards). 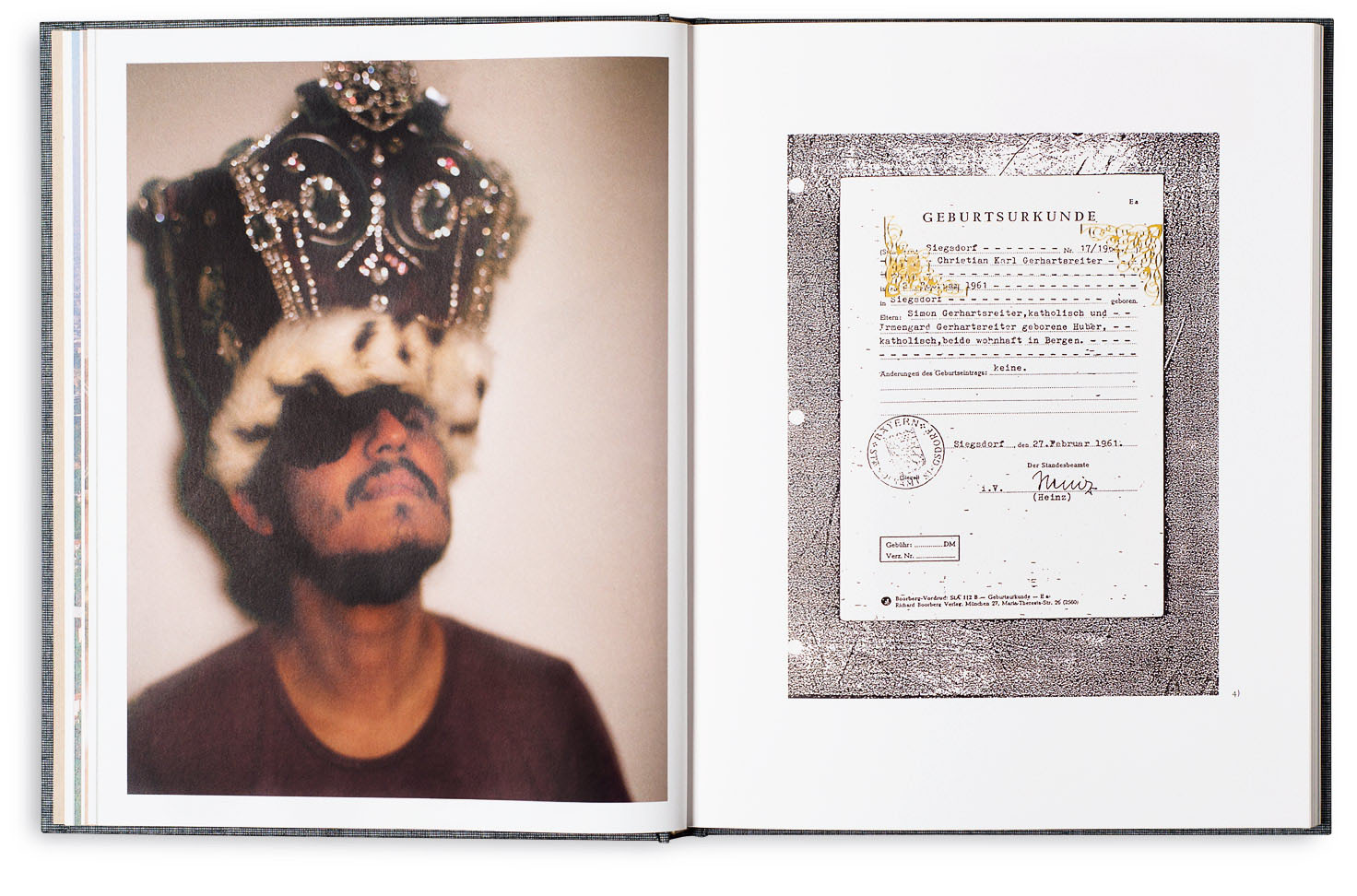 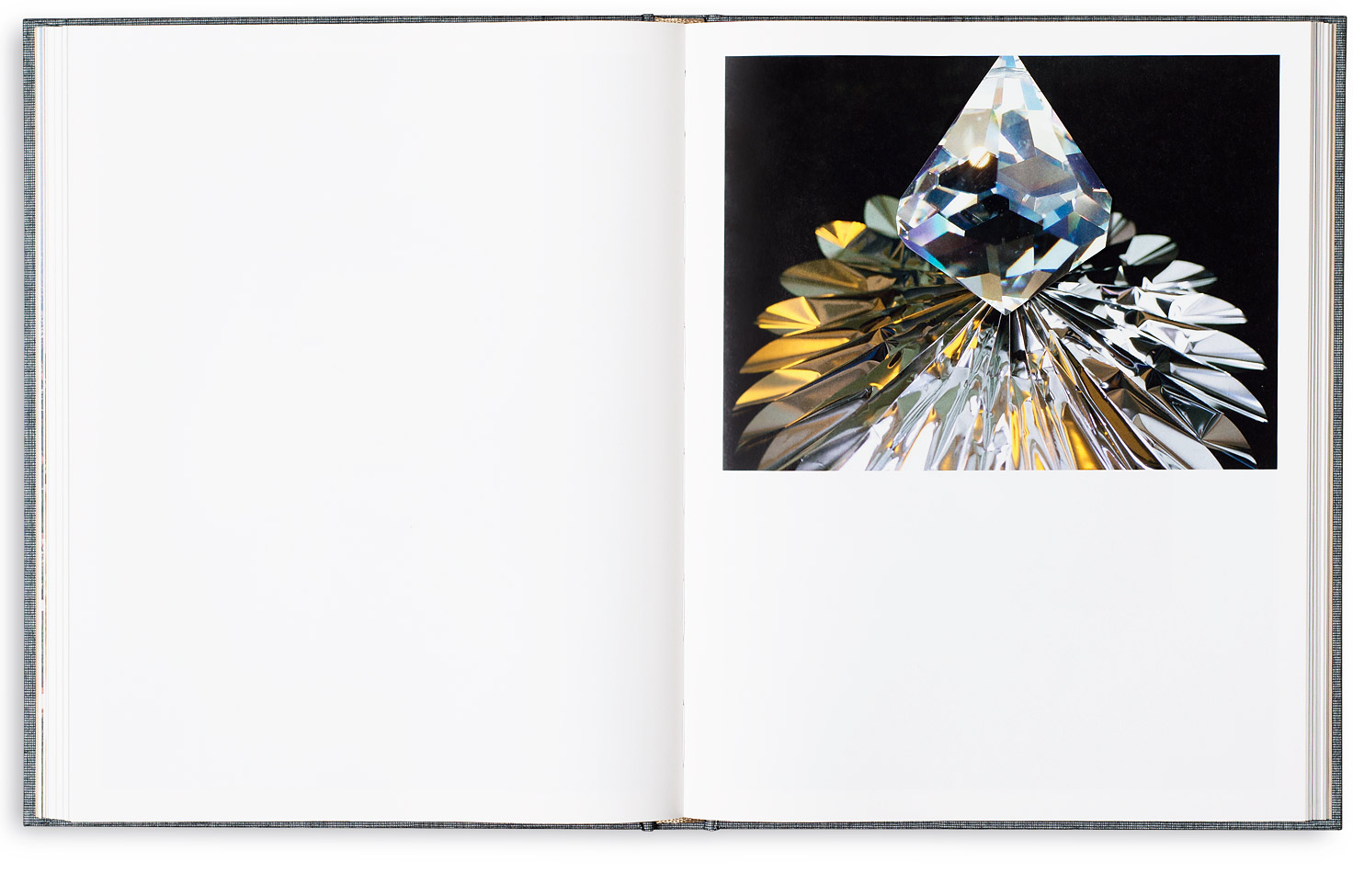 Lets talk about the book. First, why do you think a book is an important part of creating this project?

The book derived from the original wall installation that is quite large in number of images, documents and texts and was intended as a pocket-sized version of it. I tried to translate as many features from the installation into the book as possible. But it evolved into a work on its own and is the perfect form for the narrative. 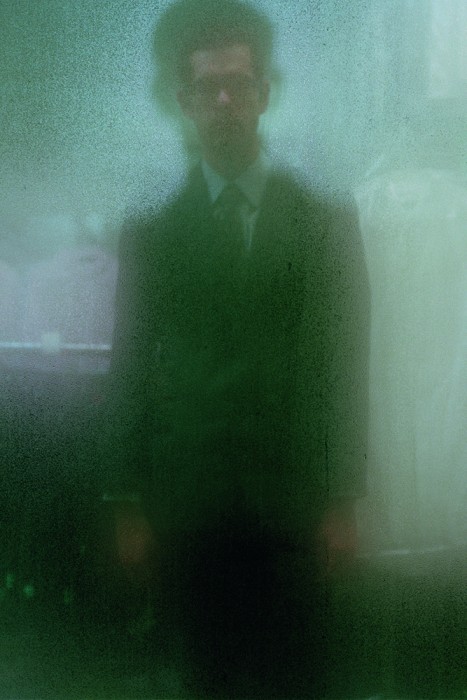 Your book is very special and unique. The book has a lot of little ‘hidden’ compartments and pages that are not conventional at all yet are the perfect illustration to the book’s concept and the story behind it. Can you tell us about the process of creating this type of book? And how did you decide on how and when to add these elements in to the book?

The French director Jean Eustache once said “Le faux ne s’oppose pas au vrai, il permet de faire émerger les mécanismes du discours” which roughly translates as “the false is not the opposite of the truth, but rather allows the mechanisms of discourse to emerge.”

In the book I wanted to play with the idea of surface: the surface of a photograph, the surface of a persona. Photography promises to portray the objective truth. However, it cannot keep that promise – the secret always remains hidden behind the picture. This is also true of „Dear Clark,“.

How was the overall process of making the book? What was your biggest struggle?

The biggest struggle was the transition from the artist edition where everything was handmade to the trade edition. We had to make decisions based on feasibility and money but wanted to keep as many extras as possible. In the end we kept some hand work and spent long afternoons gluing images by hand in the book.

What technical advice might you provide readers that are also interested in not only photography books, but in creating artists books that are not just the usual white pages that we know and see.

I am the opposite of technical. Nothing can be as boring as a to death designed book. But in general my advice on making a book is kinda simple: Look and learn. Take your time. Focus on what you want to tell. Make formal decisions based on the content of your work. And if you’re feeling stuck look at concept art from the 70s.

Editing. I feel, personally, that editing is an art of itself. The sequence of the images, the juxtaposition and the overall flow of the book, can brake or make any book. Can you tell us about how this process was for you?

When I’m working on a new project my place looks like a mixture between the office of a private detective and the room of a manic teenage fan. The walls are covered with images in various sizes, newspaper cuttings and written notes, grouped together in different arrangements. To put this chaos in order is the first step. The chapters in the book are the narrative structure of my story and bring together the cosmos of con artists, twins and doppelgangers in one choreography. 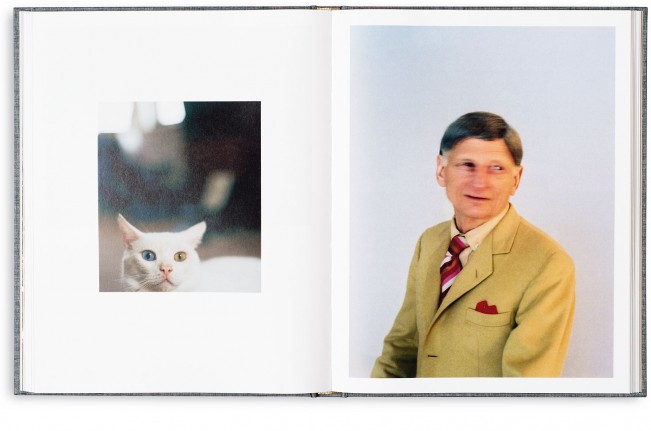 I think this type of question is what many young artist are looking to learn about – how did you get in touch with Drittel Books? How was the process of finding a publisher for you?

They found me. Andreas and Martin from Drittel Books had seen the artist edition of the book and contacted me about producing a trade edition.

What photo book is your absolute favorite?

All time fave: Collier Schorr: „Jens F.“. A portrait of a woman, a boy and all the possibilities and failures of a portrait itself. But I might be nostalgic and it is not as perfect as my memory of it. We had it in our library at school until somebody discovered its dealt price on Amazon and stole it. I haven’t seen it since. 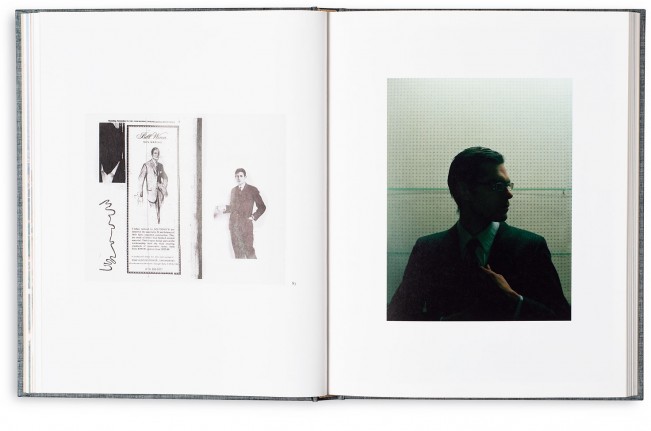 About Drittle Books
Nearly 5 years ago Andreas Gehrke founded Drittel Books for a self publishing project, the trilogy IBM Campus, Der Spiegel, Quelle Versand. That small series maybe would have been to nerdy and specific for a bigger publisher and in those days Andreas Gehrke didn’t know any smaller
Independent publisher.

Since than Andreas Gehrke managed to publish very few selected projects from other artist, only with all the help of good friends around him and a lot of engagement of the artist themselves. For example Sara-Lena’s “Dear Clark“ was actually a discovery by his good friend Martin Eberle, He published two books with Martin before and Martin is a big support for Drittel Books, especially for printing advices and he is co-publisher of Dear Clark.

That all led him to the concept behind the name Drittel Books. The name, German for ‘one third’, is inspired by our belief that no artwork can truly exist alone, and books need at least three elements: an artist, a publisher and a reader. But in this sense „publisher“ not necessarily means „publishing house“ but somebody who takes care of the production and distribution too. But that’s a whole different discussion.

Andreas Gehrke is a self-taught photographer who loves books and who’s knowledge about art and photography came through books. For this reason he always have been interested in other artists work. But publishing other colleague’s work remains a big luxury for him.

About Sara-Lena Maierhofer
Consisting of photographs, videos, and objects, Sara-Lena Maierhofer’s work is best described as living between narration and documentation. Mostly the starting point of her research-based installations are unusual biographies and how they are linked to social phenomena. She often acts as an investigator, scanning the lives of others and using methods of both scientific research and tabloid journalism to build a scenario. Her stories are told from many directions, with truth and fiction coexisting and acting as a mere facet of understanding her work.

NEXT | Tara Wray: Too Tired For Sunshine >
< Stephen DiRado: Up Island | PREV