Yaakov Israel: The Quest for the Man on the White Donkey by Aline SmithsonMarch 29, 2012 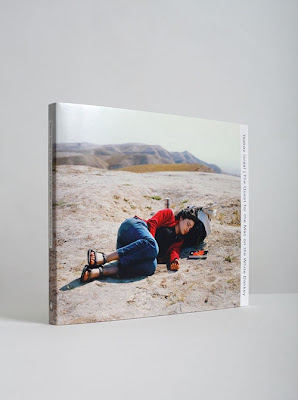 I am always thrilled for photographers whose work I feature and then write back a year or two later that their project has been realized in book form. Yaakov Israel is one of those fortunate photographers. I featured his work almost two years ago and I am happy to share that Schilt Publishing has just released his monograph, The Quest for the Man on the White Donkey. The book is currently available in Europe and will be release in the US and Canada in September/October 2012. It can be purchased directly from Schlit if desired.

Yaakov Israel lives in Jerusalem, Israel and that fact informs much of the work he creates. Yaakov received a B.F.A in photography, from the Bezalel Academy of Art and Design and his work has been shown in solo exhibitions in Israel at the Tel-Hai Museum of Photography and the Haifa Museum of Art. He has participated in a variety of group show and is currently a teacher of photography at leading photography collages and institutions in Israel. 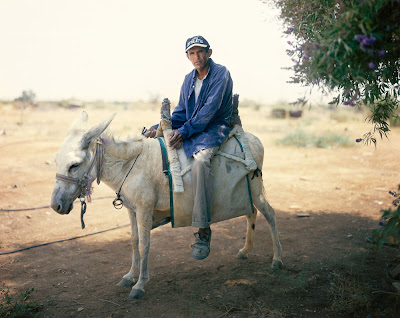 Congratulations Yaakov! How did the book come about?

I started the Q.M.W.D in 2002, from the beginning I knew I wanted to build this body of work in a different way from the other bodies of work I was working on. The other projects were based on the idea of accumulating images that were done in the same visual language and thus defined the idea, content and story. The narrative in the Quest evolved around the idea of connecting images that were about an idea, images that were done in a verity of visual languages. In a way I was learning to use the photographic medium in a different way. I hoped that the images would connect around the context of the story. After a few years of work I reached the understanding that the kind of narrative I was pursuing would convey itself best in book form, so I started editing my images with this thought in mind. Then I started to look for a publisher that would be interested in the work and was extremely lucky that Maarten Schilt took an interest in it. 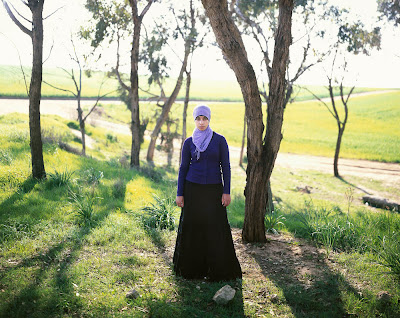 What have you learned from seeing “the Past, Present, and Future” all at once?

This is a sentence from my statement about the work. I wrote it after a specific experience. While viewing a scene I was about to shoot I observed visible fragments from the past, the present and in a way the future that may emerge (at least in my imagination). I can’t really say that I learned anything; I don’t photograph with an objective to learn. In a way photography is an excuse to stop and look at the world. I photograph what I find interesting and try to convey the experience in the image. 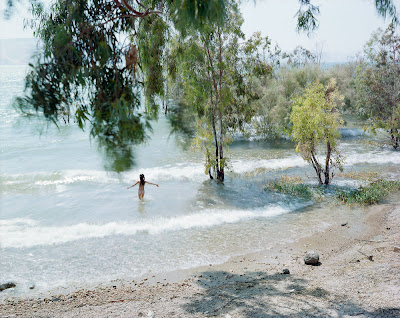 What has informed you most about Israel? Do you see it differently after this project?

I wasn’t informed by anything but my personal history, experience and understanding of my country. I can say that in the last 10 years I bumped into many extremely nice and helpful people from all origins, nationalities and political backgrounds, these encounters with people and places are very much at the core of this project. 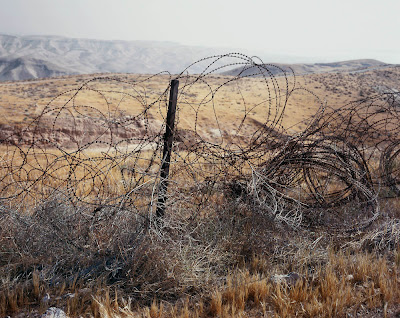 Usually my shooting day starts at about 04:00 in the morning. I head out in my car in a direction I had decided on beforehand and I just stop when I get a hunch, or if something caches my eye. Usually I walk a lot but I wouldn’t call this hiking, my cameras are very heavy, so I try to avoid lugging them for too long or too far. Occasionally I do climb up or down a hill to get to the spot that I think is interesting to me. I rarely reach my original destination; too many interesting things stop me on the way. Sometimes I try to start again from where I stopped before, in these cases I usually drift off in a new direction. For me the journey is the important aspect not getting to a specific destination. I find that once I know what I am looking for it presents itself everywhere. 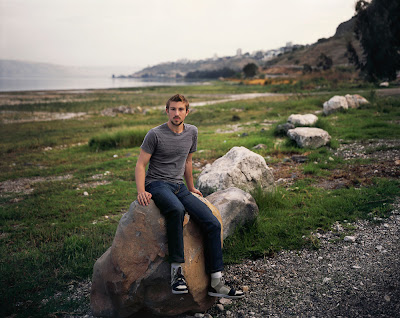 What camera do you shoot with?

Most of my work is done with an old 8×10 inch camera and sometimes with a 4×5. I like working with a big camera as it slows me down, so I make less mistakes not to mention the fact that people are more willing to stop and participate when they see the big camera (they understand the importance to me so a lot of the time they will let me make a portrait even if it is time consuming). I also carry with me a 6×17 that a friend was kind enough to lend me and I enjoy using when it suits my vision. 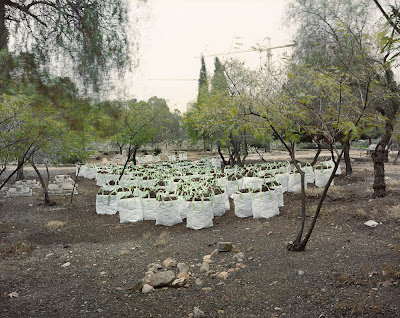 I’ve got a few ideas I’m thinking of, but simultaneously I’m going to finish up my other two projects that I’ve been working on in the last decade. I assume this will take a few more years… 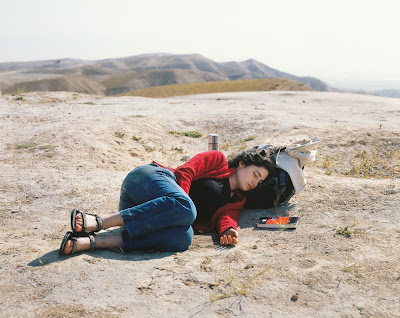 What took your career to the next level?

I find it difficult to answer this question. I guess I just really believed in what I was doing and kept working hard and never compromising. 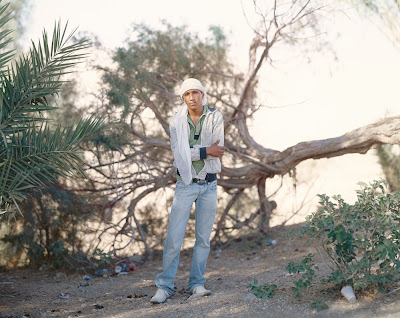 What advice can you give for emerging photographers?

I would advise any emerging photographer to simply find a theme that is of real interest to him, and stick to it no matter what the trends of the day happen to be. I find that photography I’m interested in always reflects how fascinated the photographer was in its making. 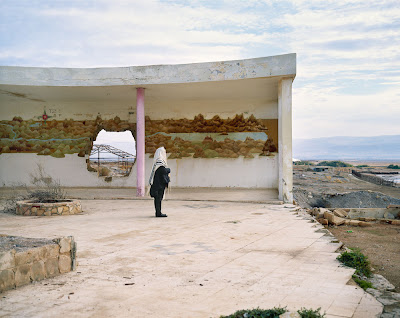 There are many options to answer this Q as I enjoy and cherish many things, but I will share with you a day I experienced mid winter 2011.

It was a very rainy day and I was driving Emanuel, my 6 year old son to kindergarten when the mobile rang. A friend was on the phone telling me that the weather was getting better and urging me to take the day off and go walkabout. Emanuel caught on to this and immediately said:”I’m coming with you”. After a second’s thought I said ‘why not?’ so I turned the car around headed home, collected the camera and some food and we headed out. I can’t say I made as many exposures as I usually do per day, but we had a tremendous time arriving home late at night muddy and happy.

Standing on an abandoned bunker top, on the Jordanian border, completely covered in mud and nibbling a piece of bread Emanuel quoted a cartoon he loves: “we went till infinity and beyond!” 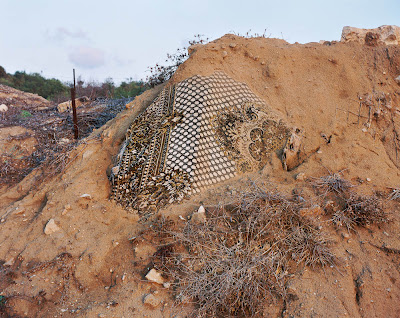 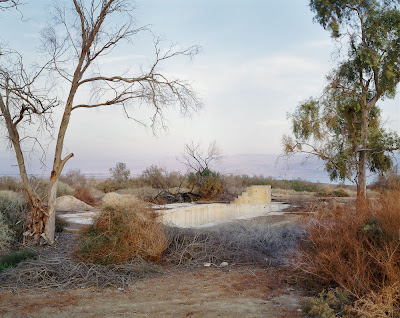 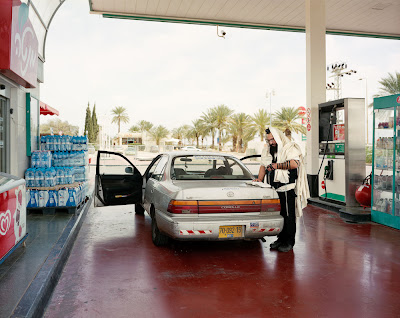 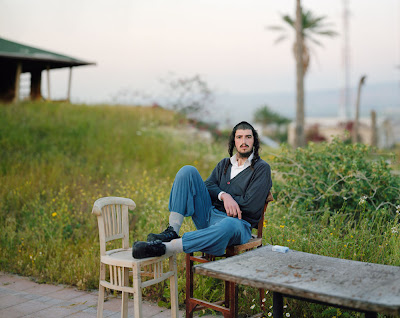 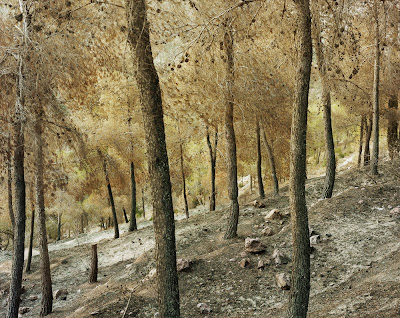