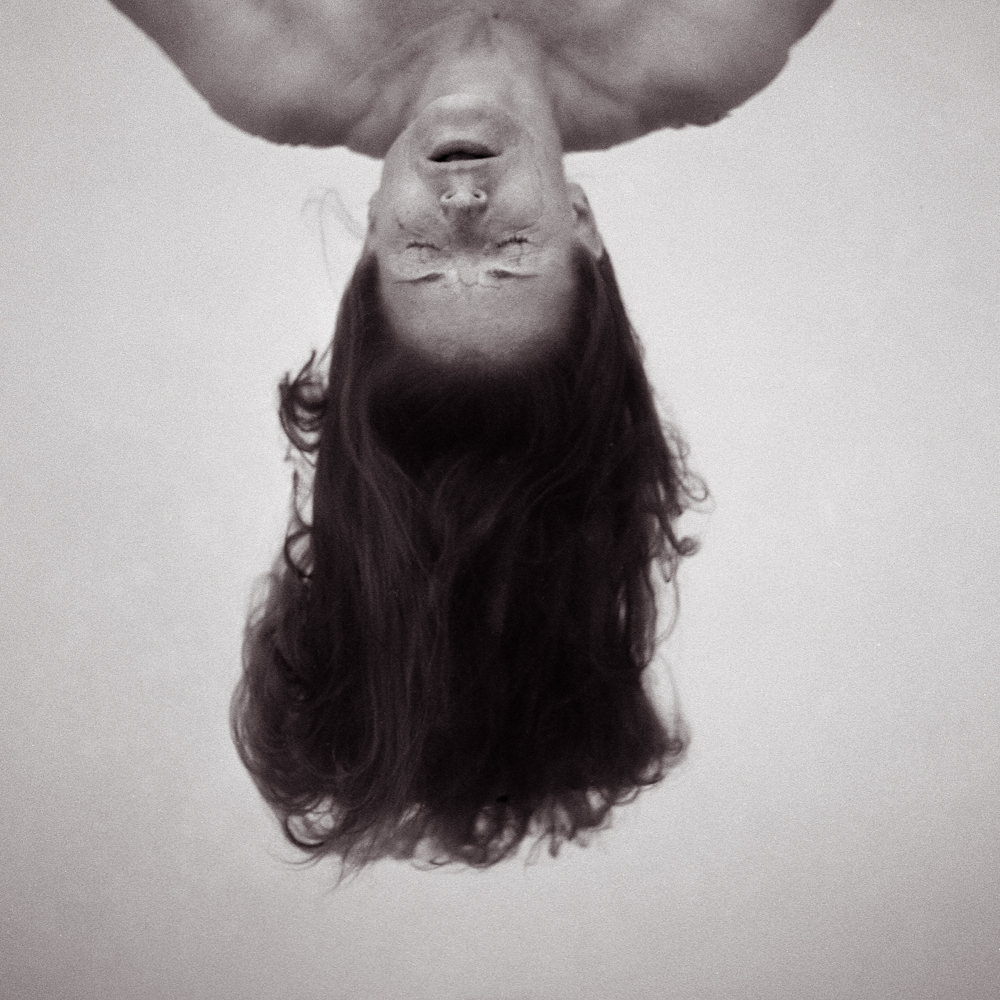 Lori Vrba is one of those special artists where her art and life collide into powerful and mysterious photographs, rooted in the natural world and all things Southern. Her first monograph The Moth Wing Diaries was published by Daylight Books in 2015 and named one of the best photo books of the year by American Photo Magazine and now she launches a new body of work, Portal, at The SE Center of Photography in Greenville, South Carolina from June 3, 2016, and running through August 27. An opening reception will be held Friday, June 3, 6-8 PM to coincide with the Village of West Greenville’s First Friday, a celebration of art, food and music. Lori will also be signing copies of her book, Moth Wing Diaries.

Lori is a self-taught, film-based artist committed to the traditional wet darkroom now residing in Chapel Hill, North Carolina. Her photographs, as well as her assemblage work, have a feminine, narrative component often addressing themes of time, place, memory, loss and desire. She considers her exhibition installations as an important extension of the work itself with examples of such in New Orleans, Atlanta, Santa Barbara and Houston. Her work is held in the permanent collections of the Lishui Photography Museum in China and The Museum of Fine Arts Houston. 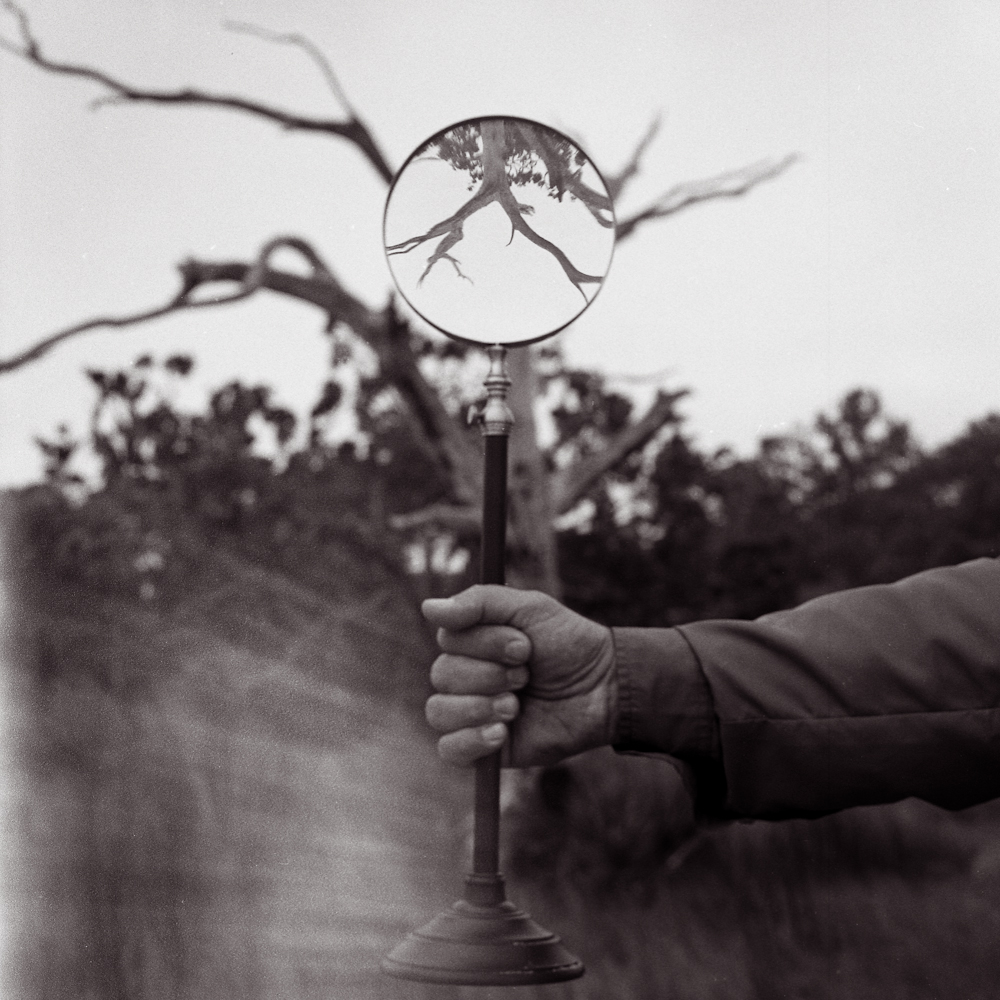 The idea of Portal really came together for me in November of this past year when I was on Ossabaw, a barrier island off the coast of Georgia. My dear friend and colleague, Anne Berry introduced me to this place five years ago and we just took our third trip there together this month. I am not a good traveling shooter.  I make most of my work in my own backyard or a stone’s throw from home.  But Ossabaw worked it’s way into my guarded heart and I am changed as an artist and as a person because of my time there.  Our caretaker on the island, Mark Frissell has become a friend and a partner in the work. 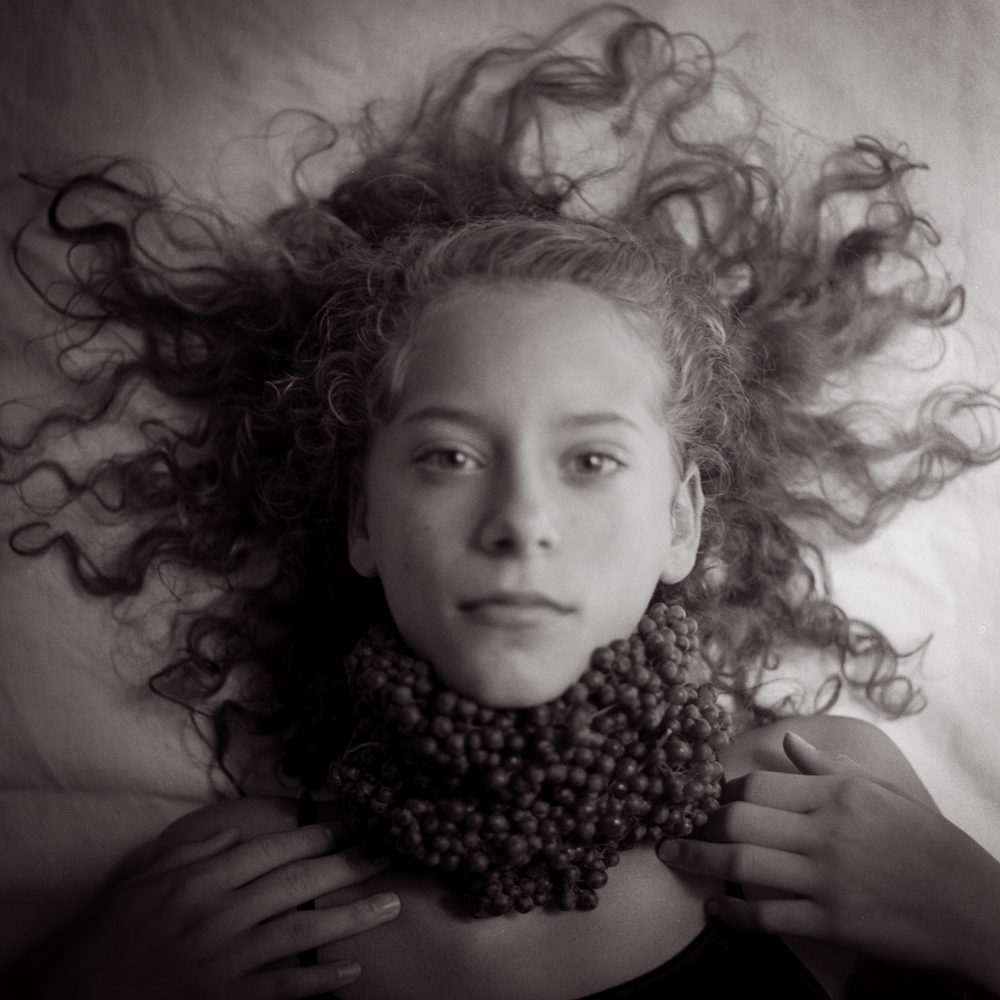 This place is strangely foreign and familiar at the same time.  Portal is about the entry point into a world that is exotic, mystical, spiritual and maybe even a little bit dangerous.  (Or in other words…The South).  As I’ve gone deeper into the work, I’ve realized that the portal could lead inward as well; to an internal place of essence, magic, grace and fortitude. 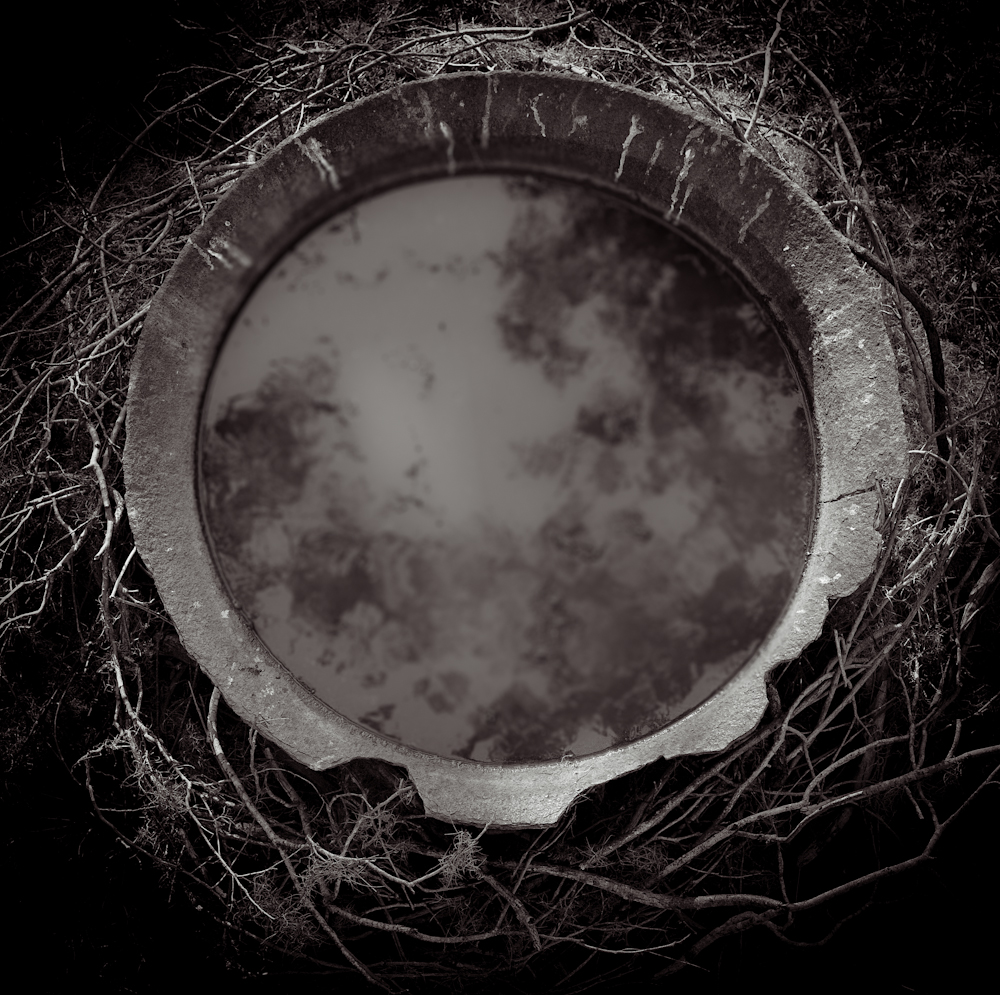 “…a stone, a leaf, an unfound door, of a stone, a leaf, a door.  And of all the forgotten faces.  Naked and alone we came into exile.  In her dark womb we did not know our mother’s face; from the prison of her flesh have we come into the unspeakable and incommunicable prison of this earth.  Which of us has known his brother?  Which of us has looked into his father’s heart?  Which of us has not remained forever prison-pent?  Which of us is not forever a stranger and alone?  O waste of loss, in the hot mazes, lost, among bright stars on this most weary unbright cinder, lost!  Remembering speechlessly we seek the great forgotten language, the lane-end into heaven, a stone, a leaf, an unfound door.  Where?  When?  O lost, and by the wind grieved, ghost, come back again.” 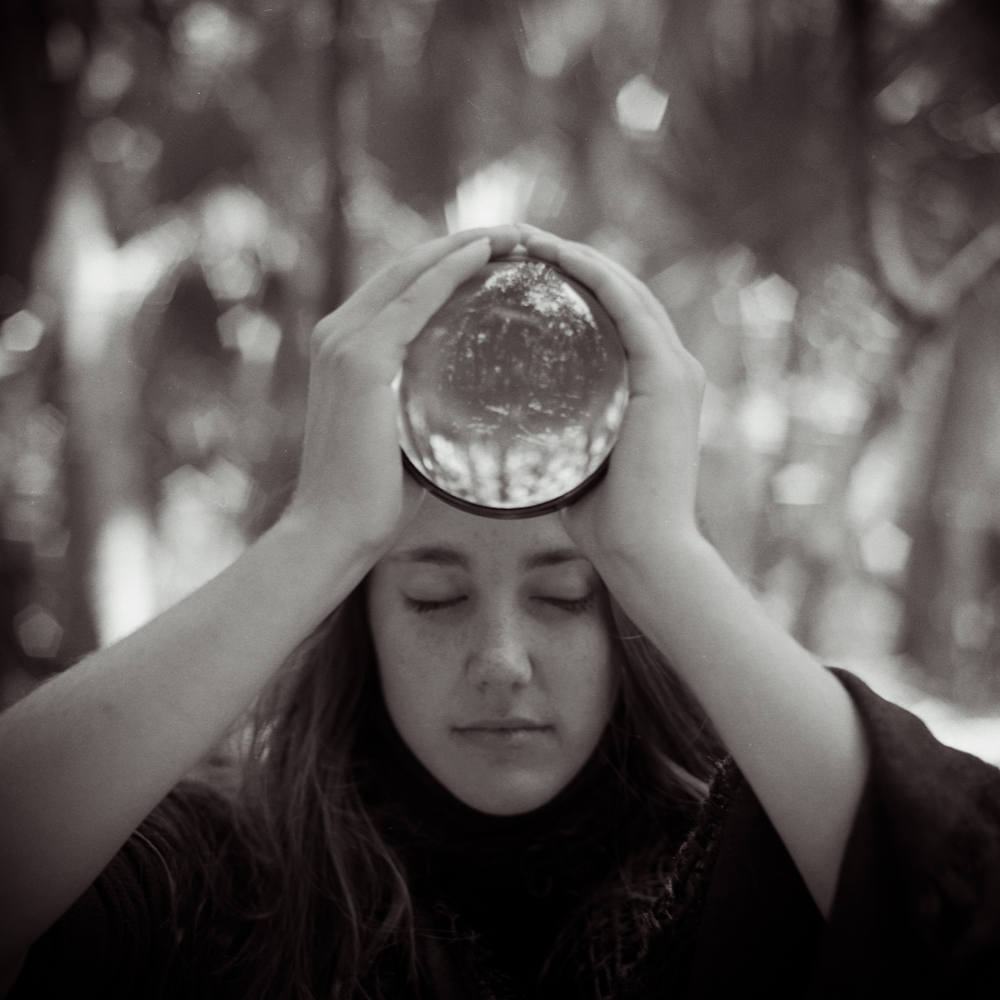 I am a woman, of a certain age, now looking at myself through the same critical lens I’ve boldly viewed the rest of humanity.  I am looking inward in search of forgiveness, empathy, and peace.  And I am newly hopeful for us all.  These images reflect the journey, the conflict, and those glorious moments of ah ha!

This work will be exhibited for the first time at the Southeast Center for Photography in Greenville, SC opening June 3rd.  The most recent negatives have barely had time to dry which is a bit unnerving.

But I would rather be scared than bored. 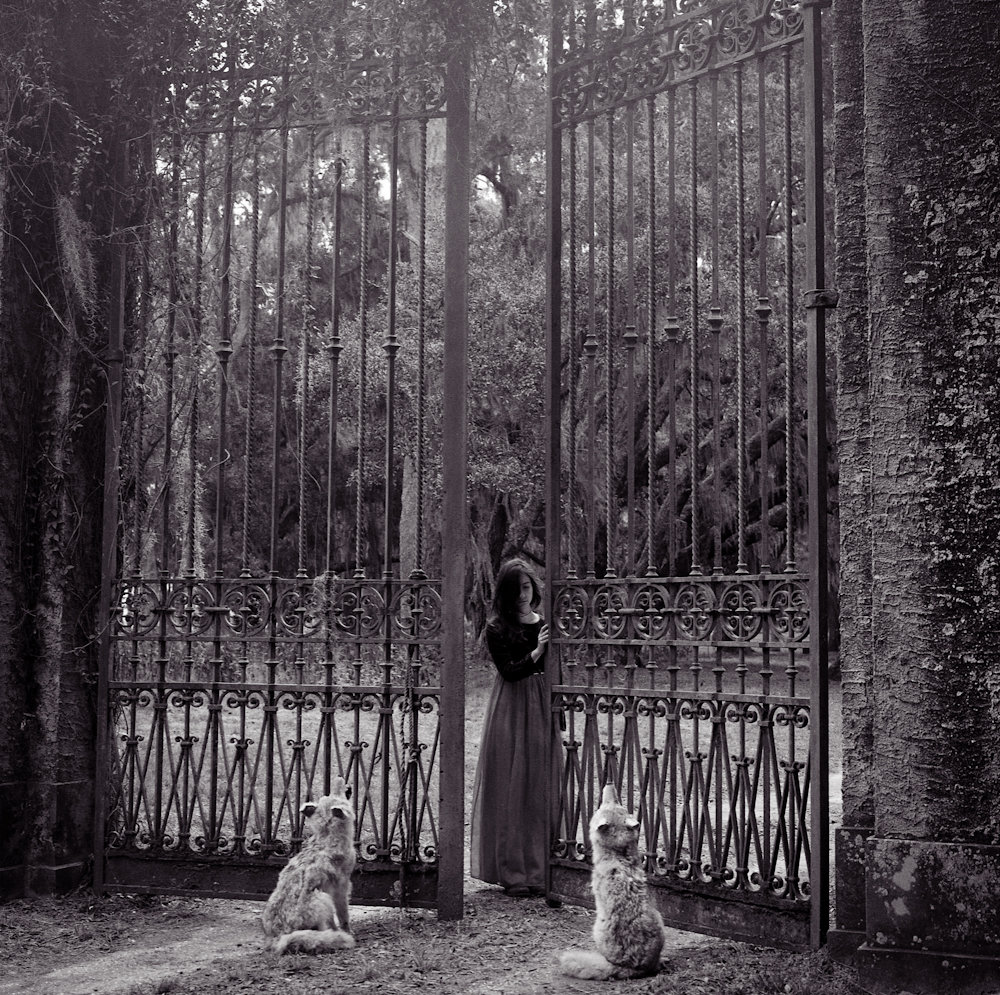 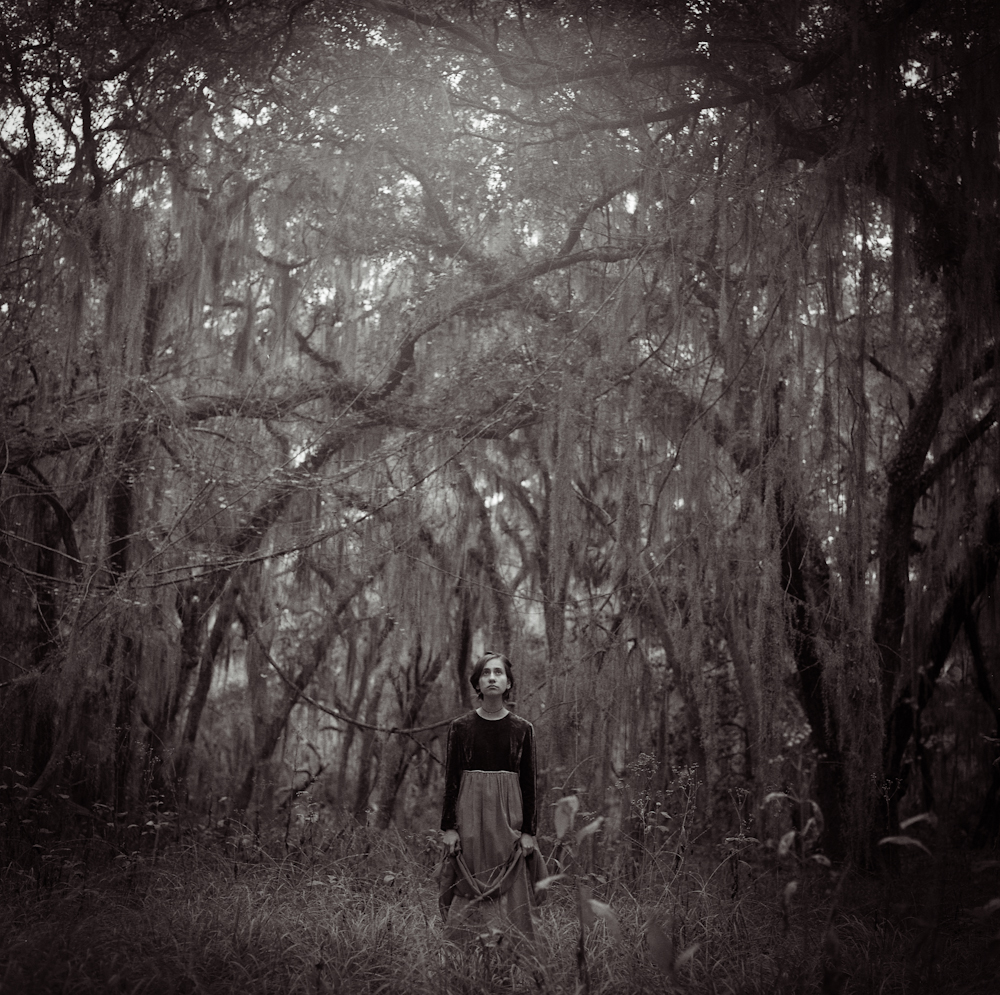 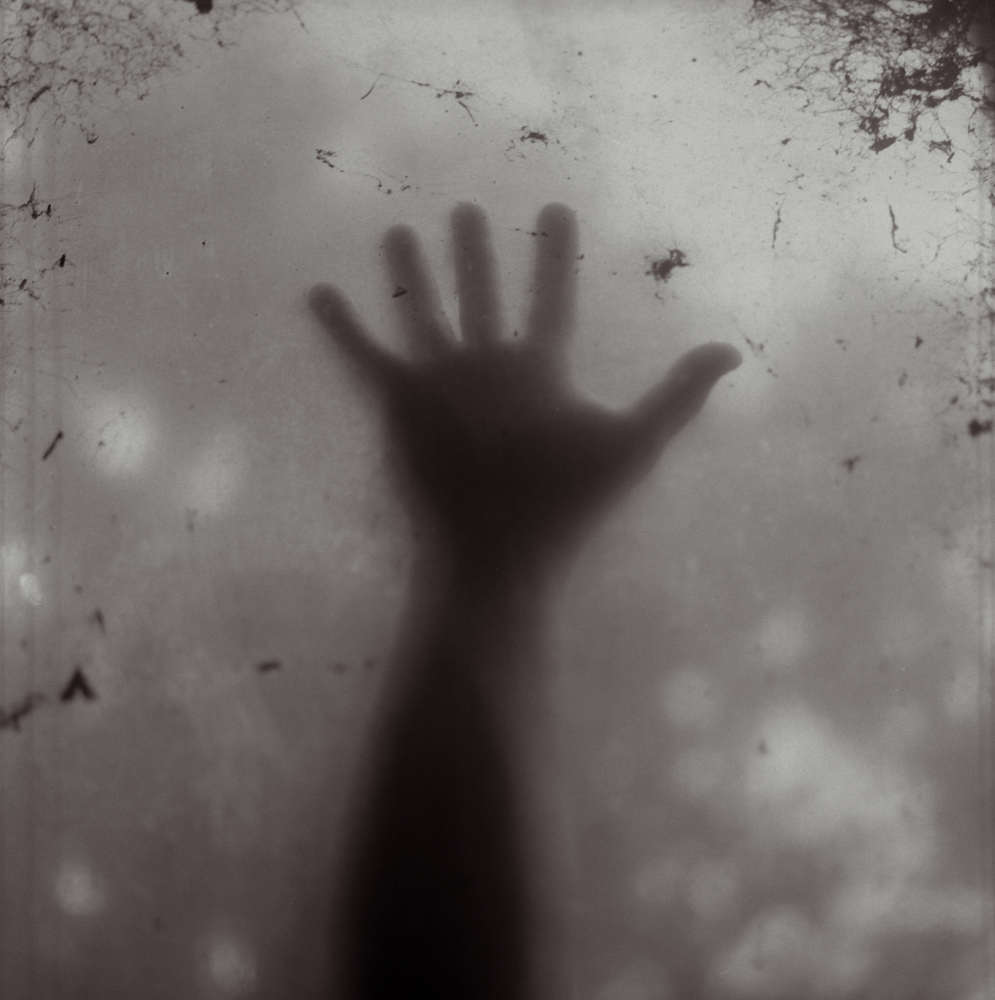 ©Lori Vrba, The Hand of Man, from Portal 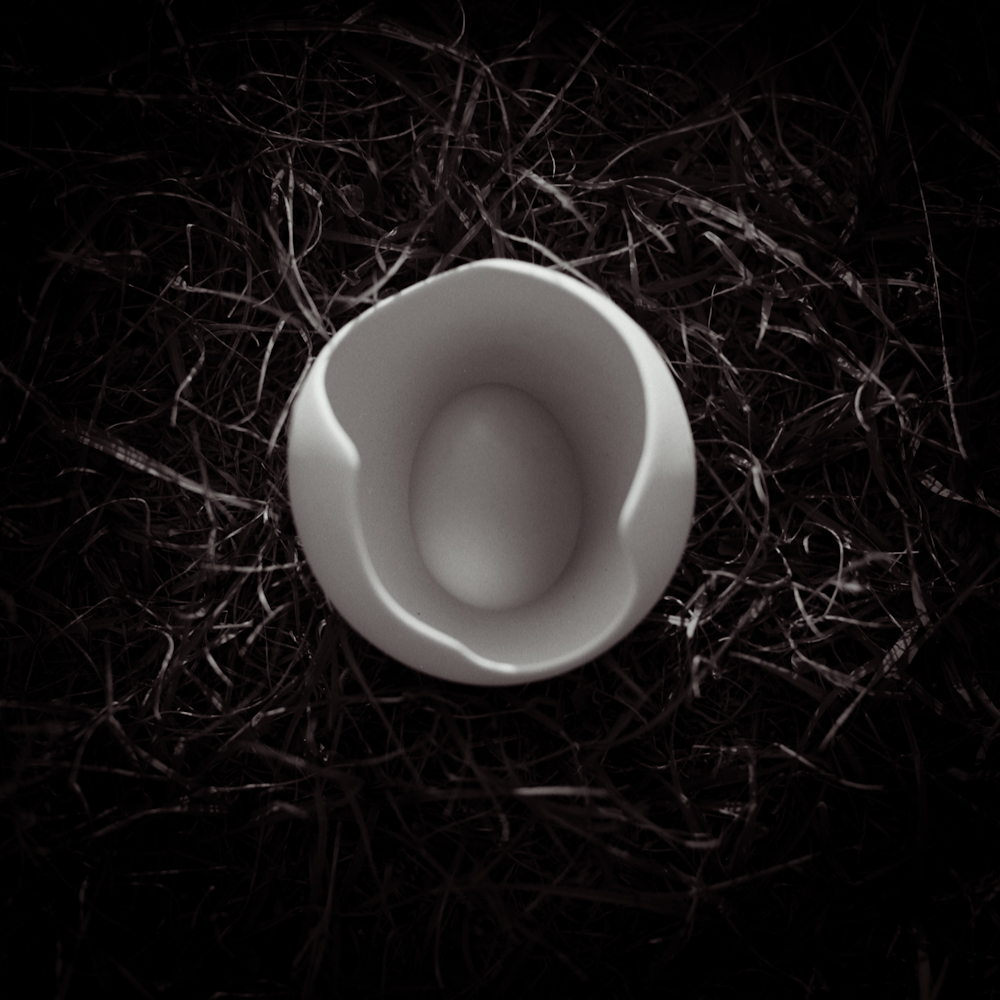 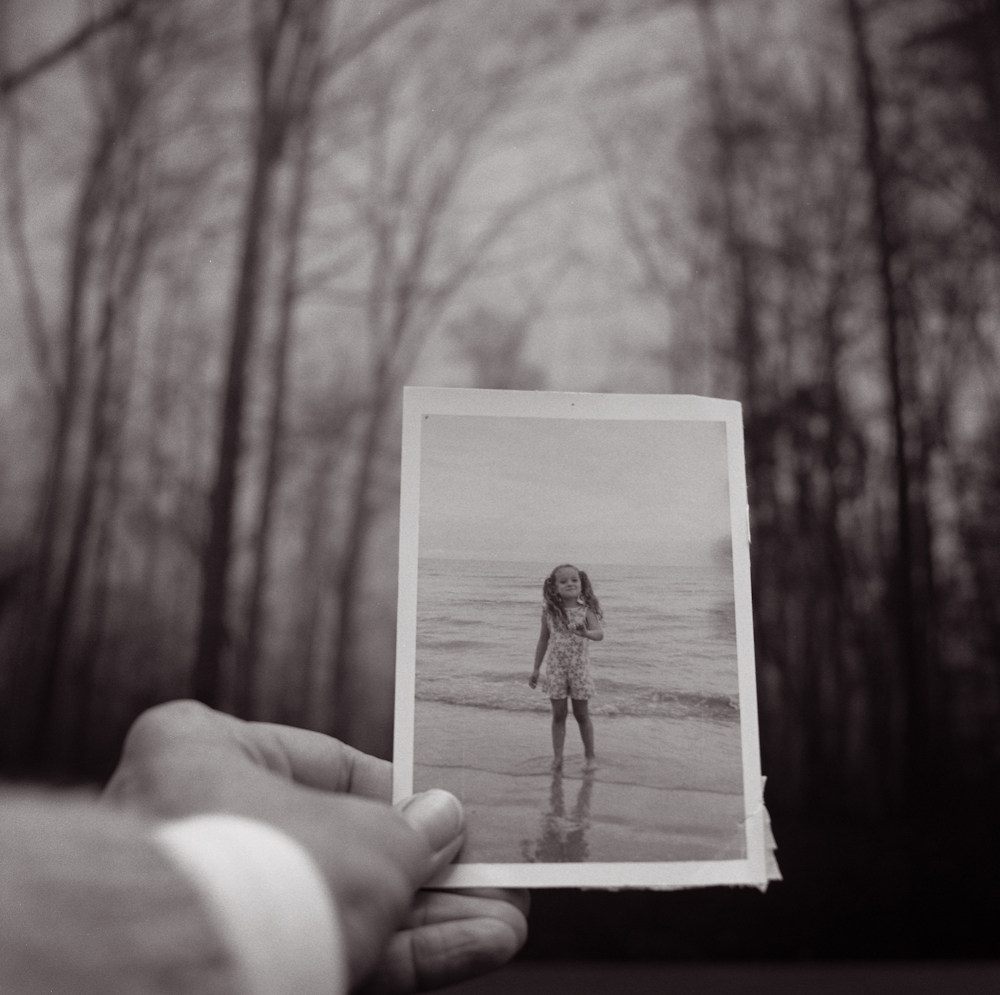 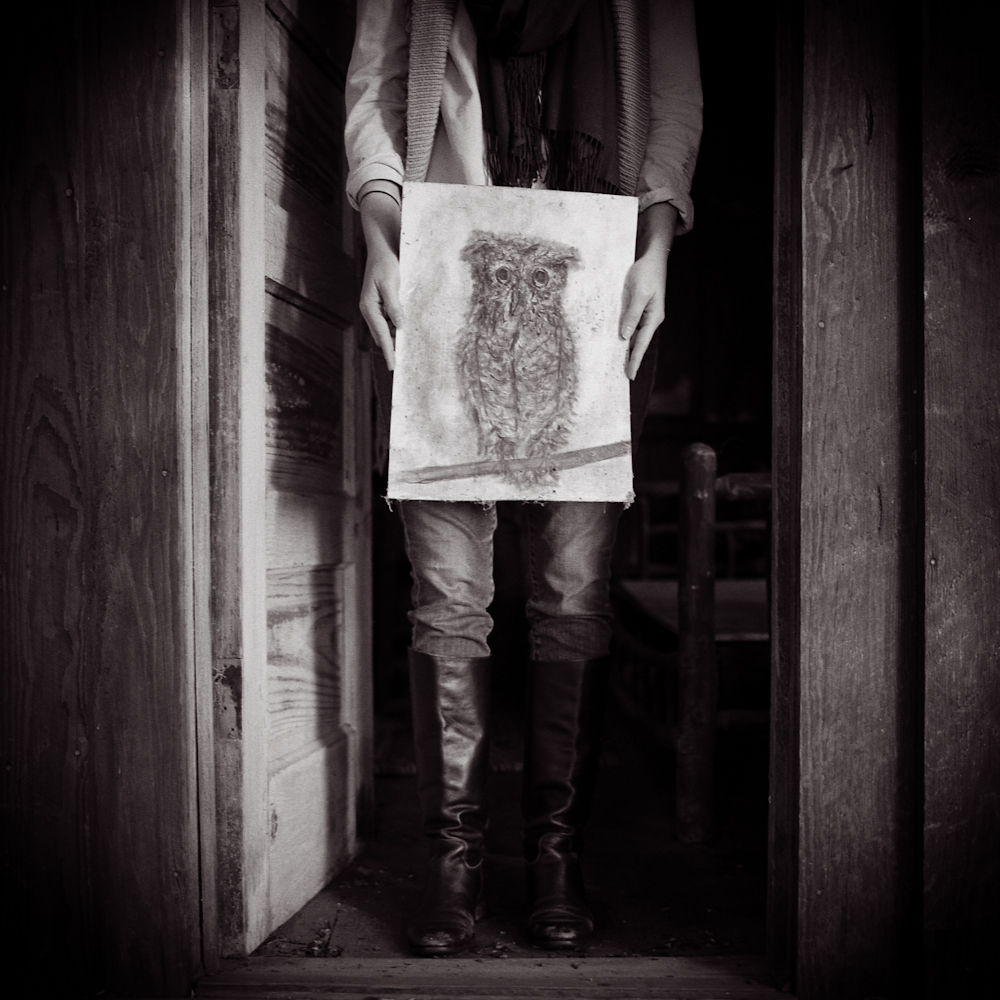 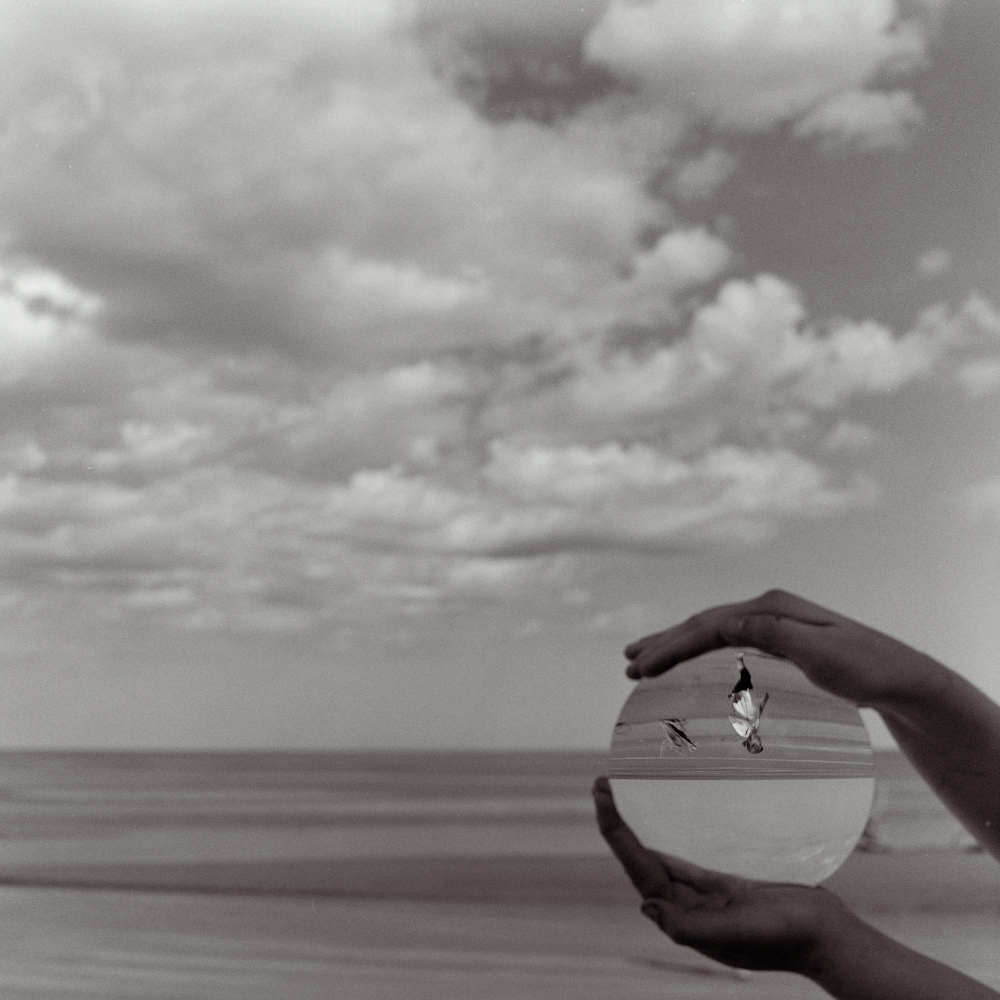 ©Lori Vrba, Anne at The Boneyard, from Portal 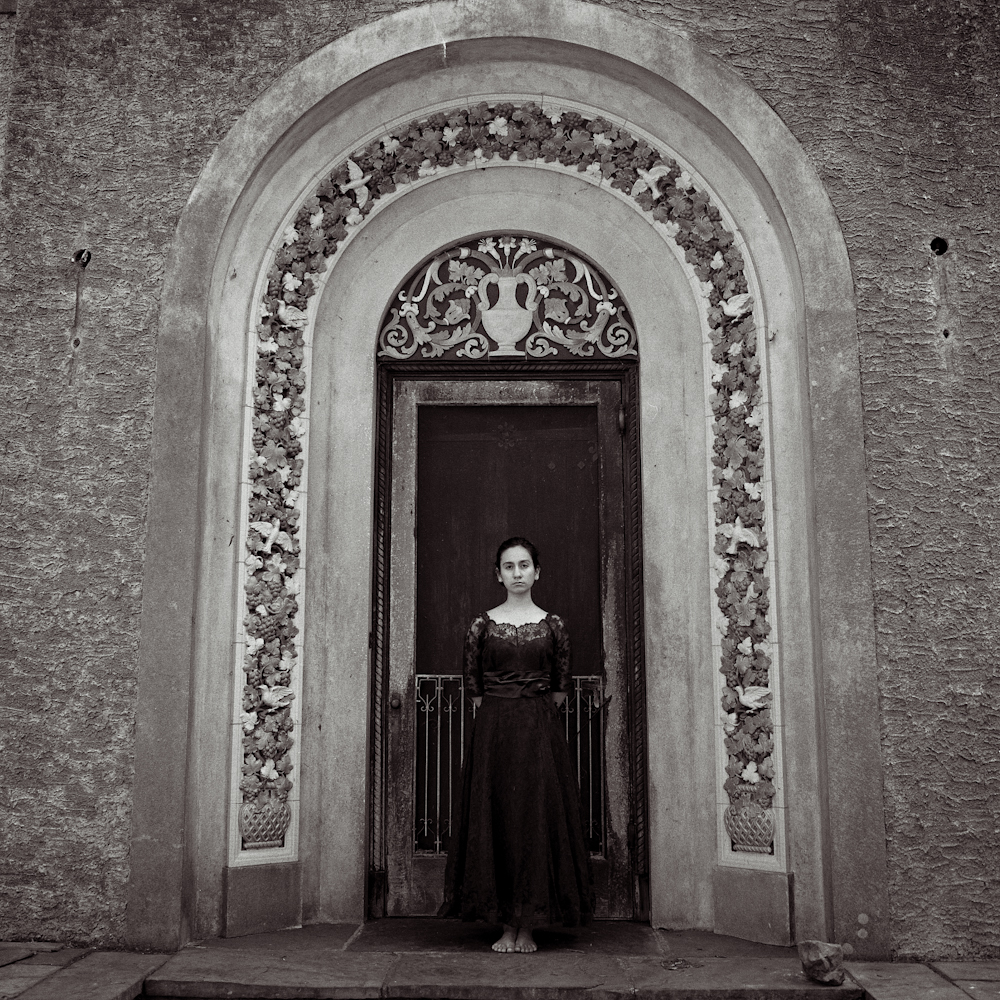 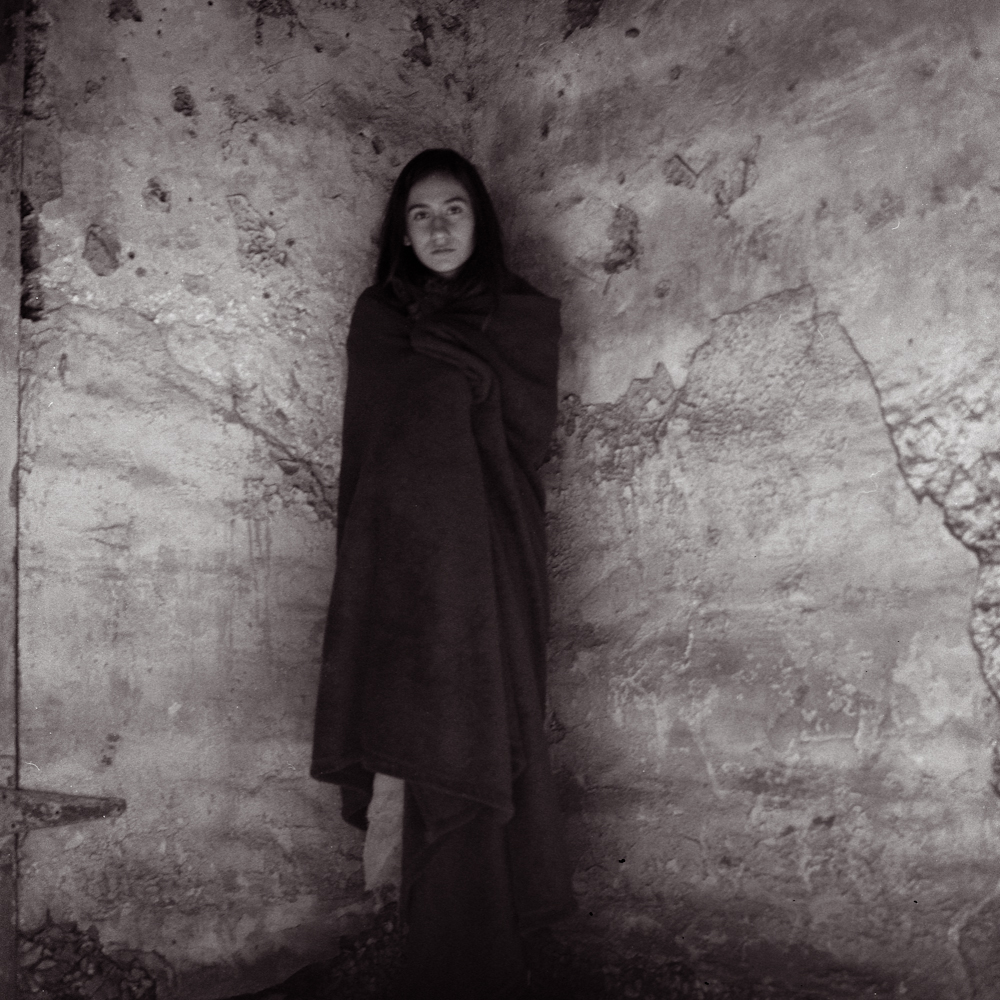 ©Lori Vrba, The Landscape of Truth, from Portal 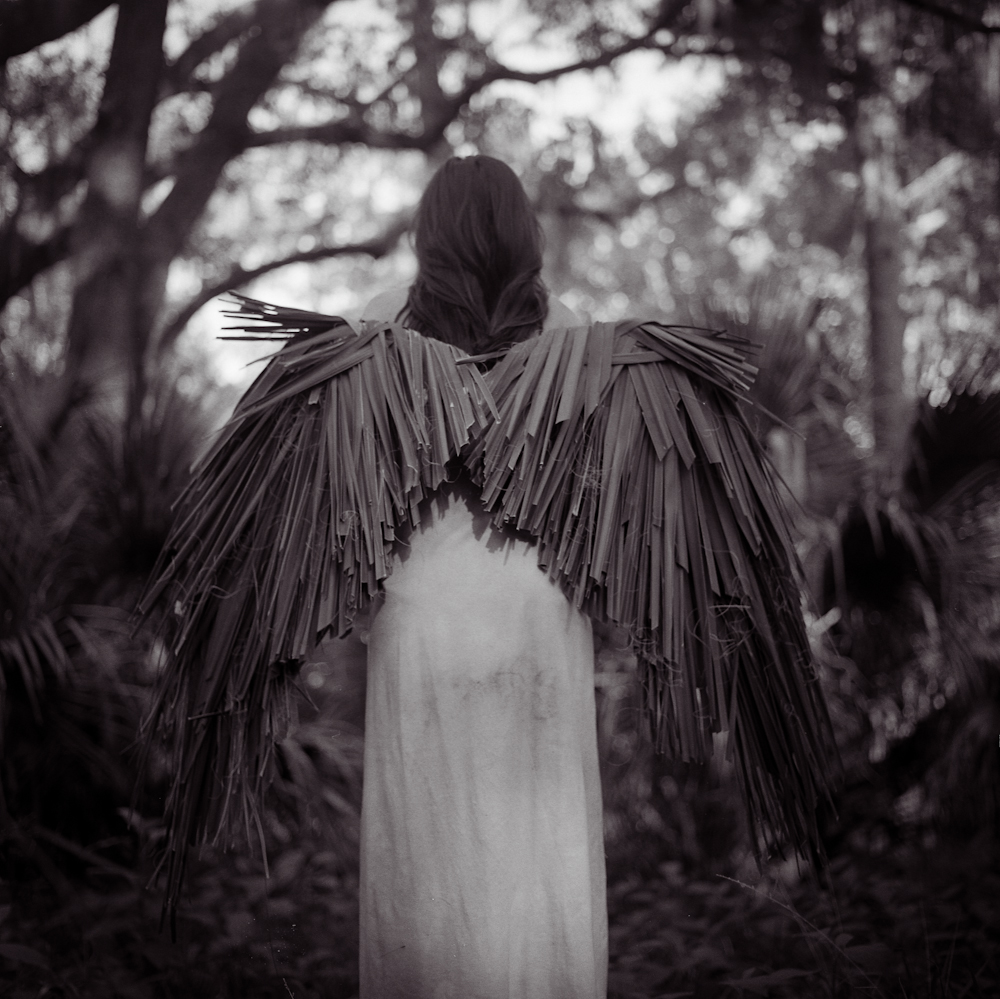 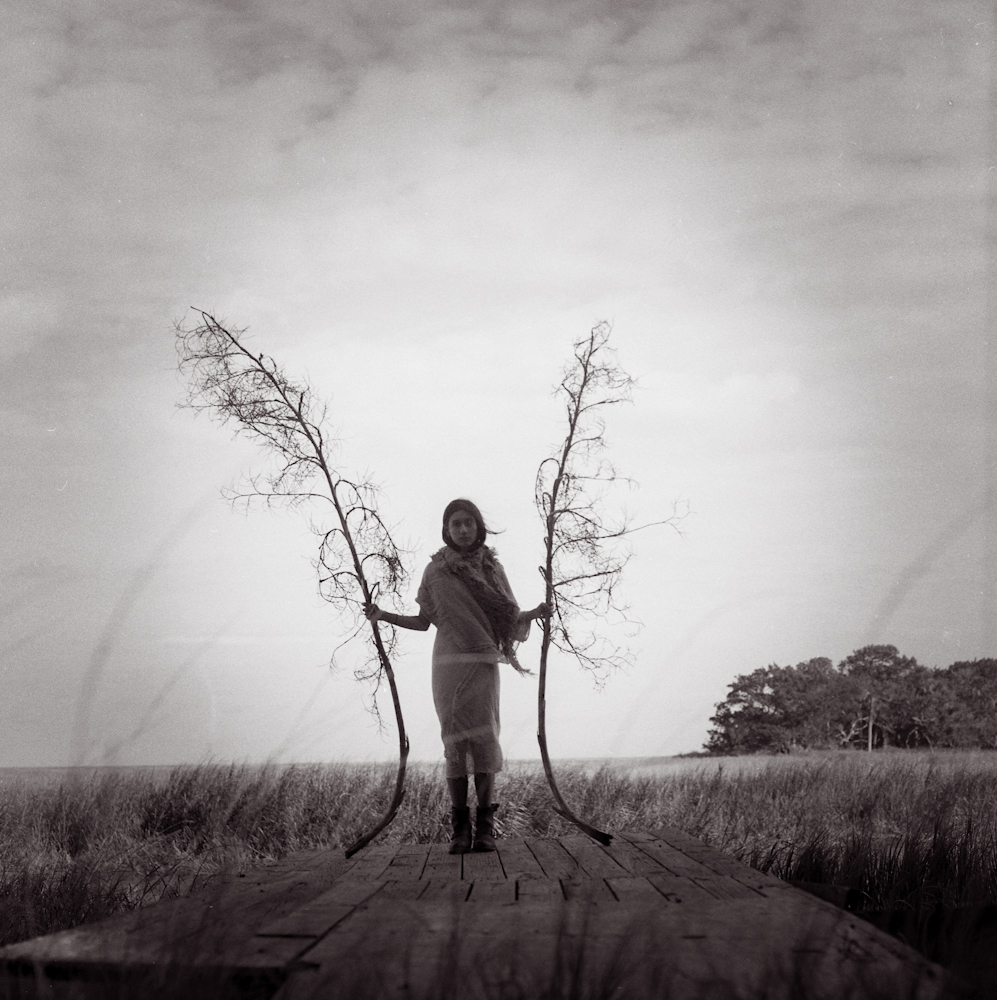 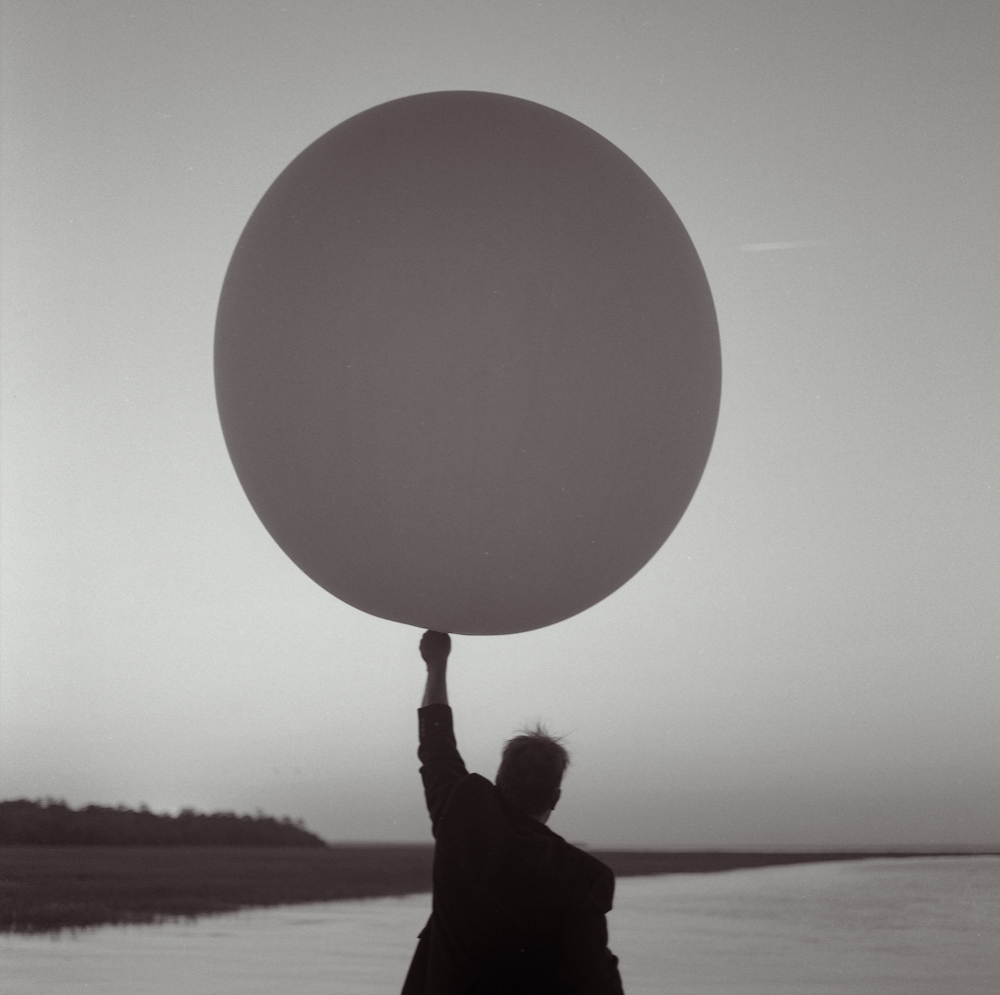 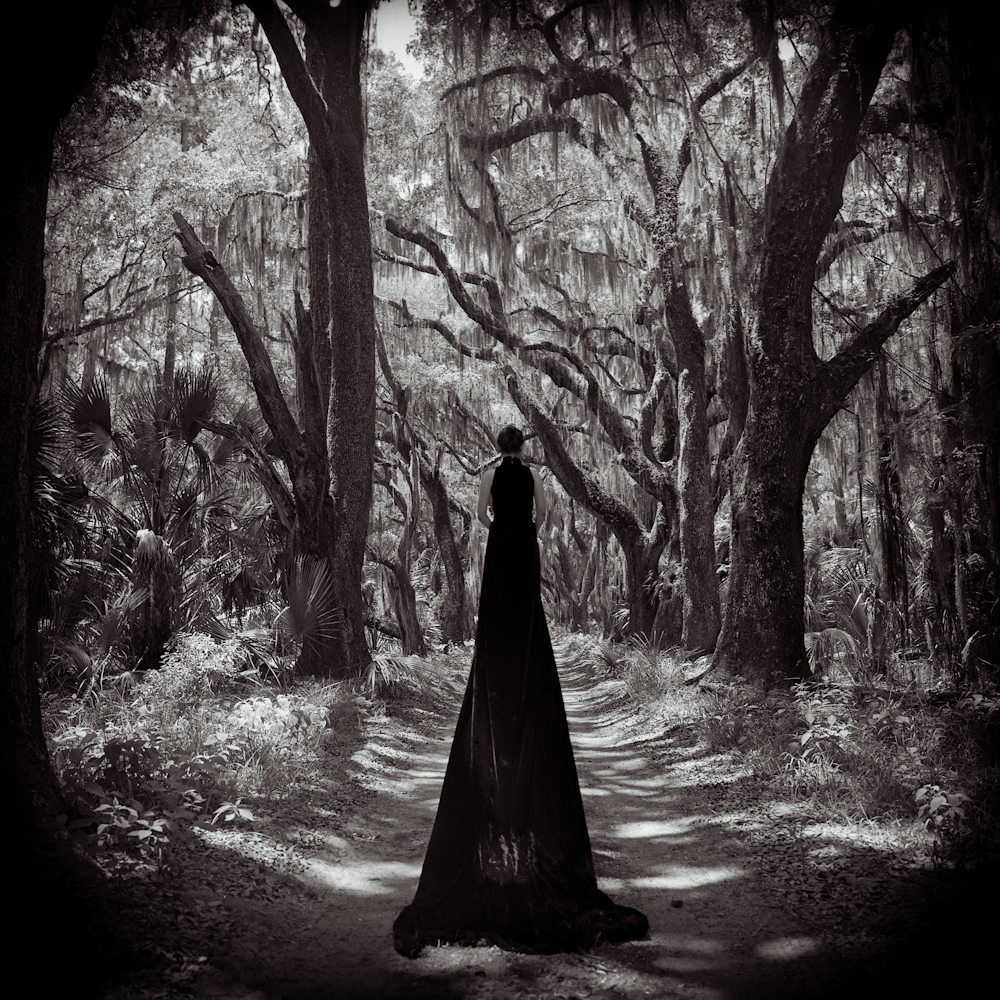 NEXT | The Jennifer Murray Mixtape >
< Jim Kazanjian: Aberrations, Anomalies and Others | PREV