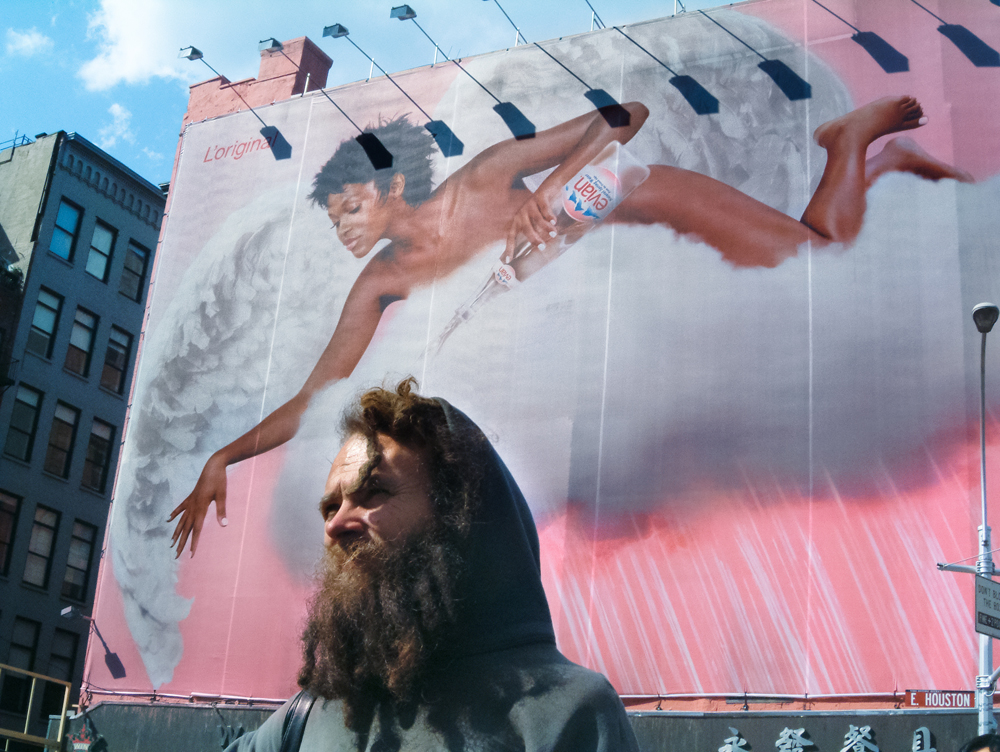 “The taradiddle reveals the world as constructed by the camera. And in being manufactured by the camera it is inevitably a kind of white lie. There’s no history, there’s no context, no truth in the actual picture. Rather a semblance of such— there is an existential truth in the collective body of work.”- Charles H. Traub

Charles H. Traub sees the world with a particular sense of humor and irony that reminds us of our messy humanity. His photographs are tonic for a world that has gotten way too serious. Fortunately for the last 20 years, he has his camera ready when odd juxtapositions present themselves, moments too surreal to be real, but based in the truths of the street. This collection of “photographic wanderings” from around the globe, with a particular eye toward serendipity, is now a book, Taradiddle, published by Damiani Editore. In viewing this collection of photographs, I am reminded of the importance of examining the absurd split second moments that can only be captured if one is looking. And Charles has a legacy of looking–in fact, this is his sixteenth publication, but he also a significant legacy of supporting photographic education, well evidenced in his bio. Each time I visit his website, which is often, I am inspired by someone has lead a spectacular photographic life and manages to continue to see the world with curiosity, humor, compassion, and joy.

In conjunction with the book, on October 1st at 7pm, Charles will be in dialogue with The Real Photo Show, plus signing books at the School of Visual Arts, MFA Photography, Video and Related Media, 214 E. 21st Street, New York, NY 10010.  On November 9th, he will be  at Paris Photo signing books at 3pm at the Damiani Editore Booth, Grand Palais, Paris. 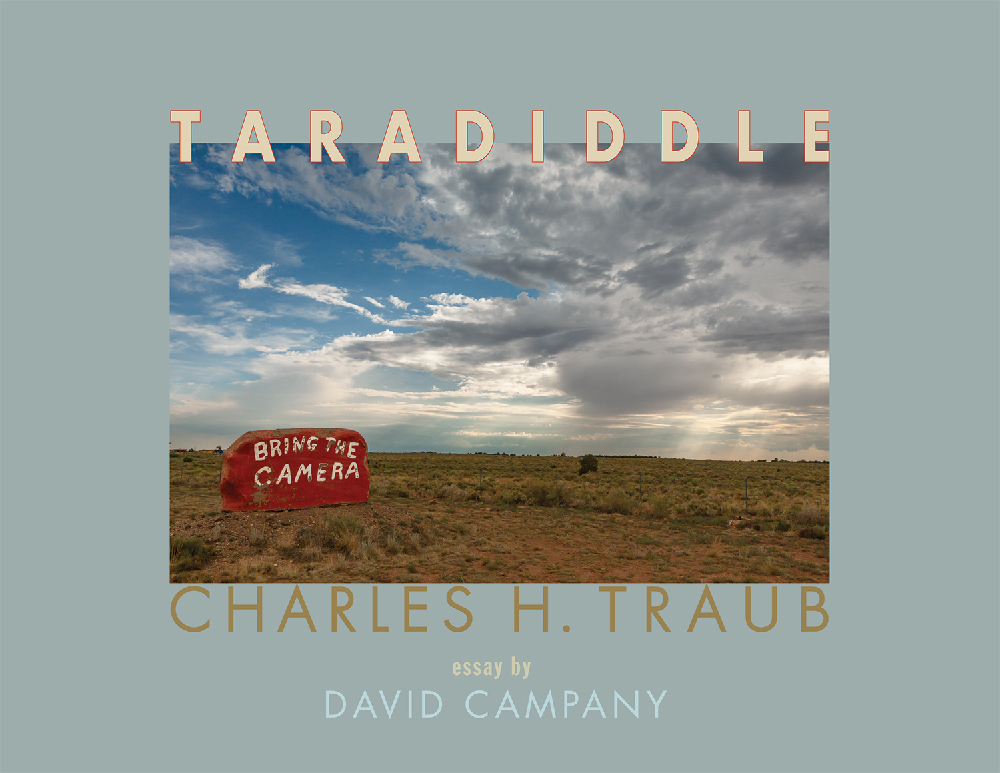 Charles H. Traub was born in Louisville, Kentucky, in 1945. He studied at the University of Illinois and joined the Peace Corps after graduation but was forced to return home due to an injury. Back in Kentucky, he met Ralph Eugene Meatyard, the most important creative photographer in town. Meatyard became a very important inspiration for Traub, who decided to pursue photography at the Institute of Design in Chicago. He primarily studied with Aaron Siskind, who became his mentor and lifelong friend. After completing his graduate studies in 1971, Traub made three well-known series of black and white photographs in Chicago: Beach, Street, and Parties. In 1976 he began his first major body of color work, Street Portraits, which he continued after moving to New York City in 1978. For the past four decades, he has worked exclusively in color and was an early proponent of digital imagery.

Traub is co-founder of here is new york: a democracy of photographs, which received the Brendan Gill Award and the ICP Cornell Capa Infinity Award. He has had many one-person exhibitions in major galleries and museums throughout the world and his work is held by many important collections. Throughout his career, Traub has dedicated himself to photographic education. From 1971 to 1978, he was instrumental in the founding of the photography department at Columbia College in Chicago, which is now the Museum of Contemporary Photography, additionally he was the director of LIGHT gallery in New York, in the late 1970s and for the past 25 years was the president of the Aaron Siskind Foundation. He is the founding chair of the MFA Photography, Video, and Related Media Department at the School of Visual Arts in New York, and has been chairperson for the past 25 years. Recent books include: Dolce Via: Italy in the 1980s (2014), Vision Anew (2015), Lunchtime (2015), No Perfect Heroes: Photographing Grant (2016).

David Campany is a writer, curator, and artist who is widely recognized for his award-winning essays and books regarding the lens and screen arts. He teaches at the University of Westminister in London and is the recipient of the ICP Infinity award and the Royal Photographic Society’s award for writing. 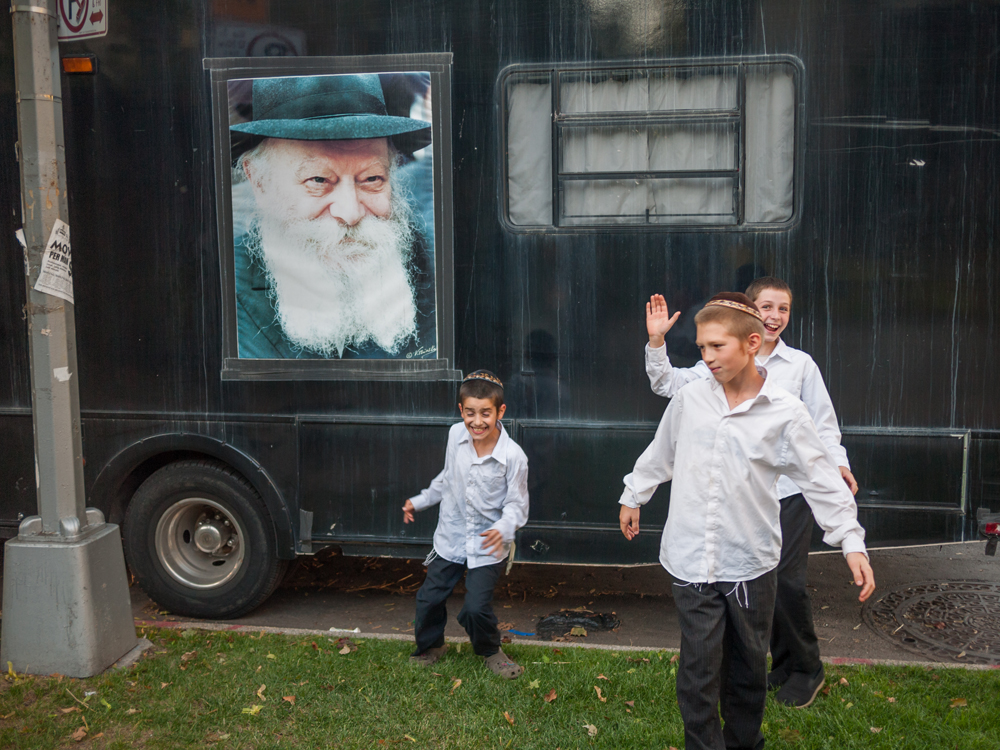 From the introduction to Taradiddle

Twenty years ago Charles H. Traub abandoned all pretense of trying to find specific themes and subjects in his photographic wanderings other than to make ‘Taradiddles’, embracing fully the digital image which is always questioned for its inherent potential for distortion. Ironically, the witty and sardonic juxtaposition of Traub’s images, are only a matter of framing his discoveries – here, there and everywhere.

This volume is a collection of trifles that become matters of remarkable social commentary when Traub photographs them – “For me, serendipity, coincidence and chance are more interesting than any preconceived construct of our human encounters.” In a hundred plus images Traub seems to have captured the common incongruities of a global society. Traub took these pictures in cities around the world: Dubai, Shanghai, Beijing, Rome, Tunis, Buenos Aires, Budapest, Moscow, St. Petersburg, Santo Domingo, to name a few places. “What unites Traub’s pictures here? They are all in one way or another about photography.

They may even amount to a commentary upon photography as a phenomenon of daily life. Photography as something we do daily, and
photographs as things we encounter daily, often by chance. To this extent at least, these are meta-photographs.“—David Campany 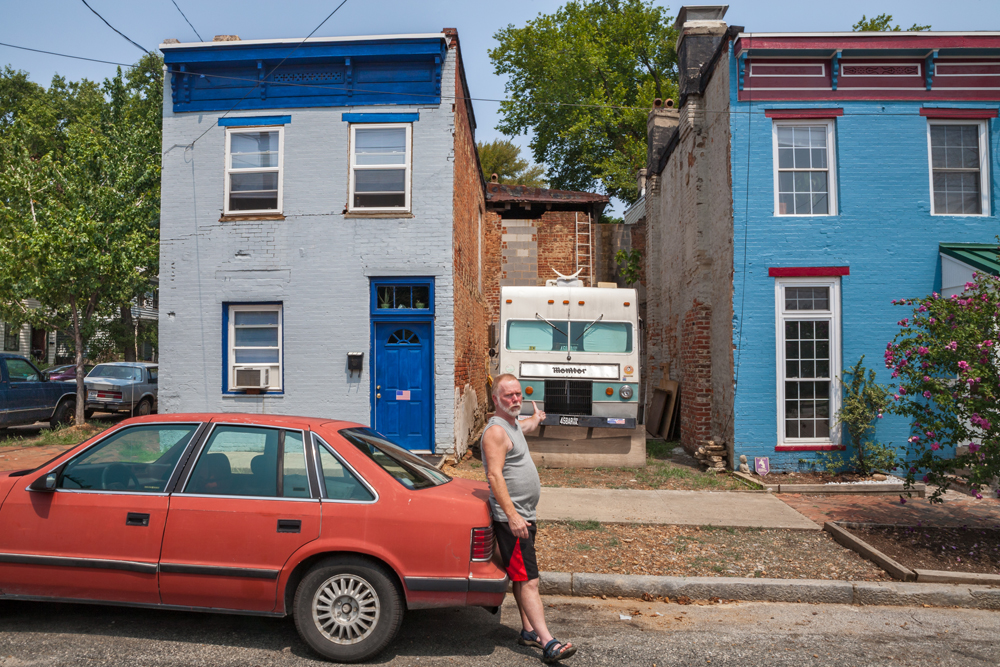 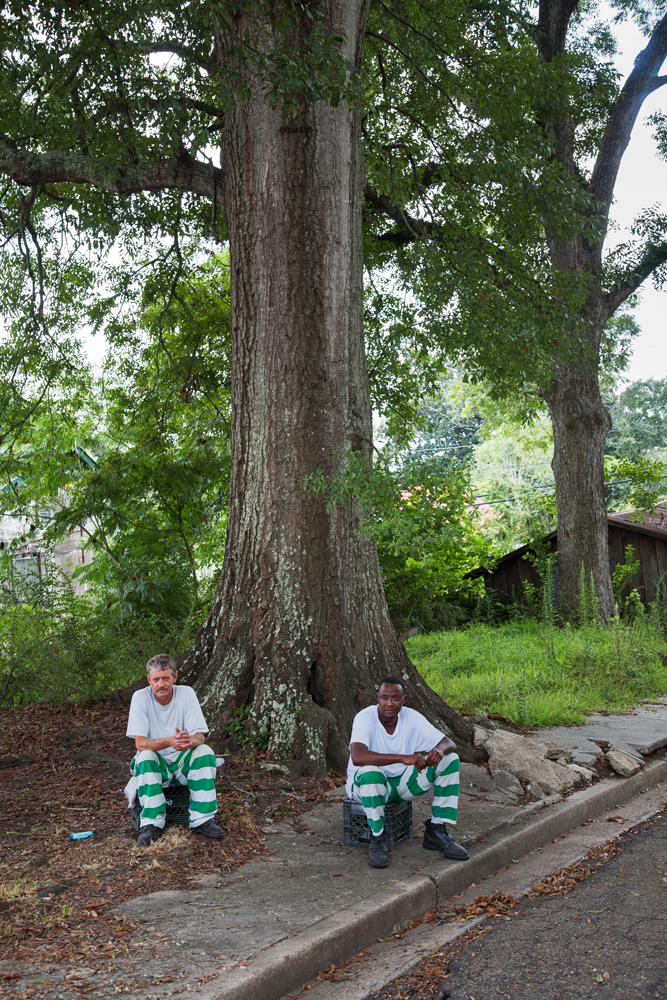 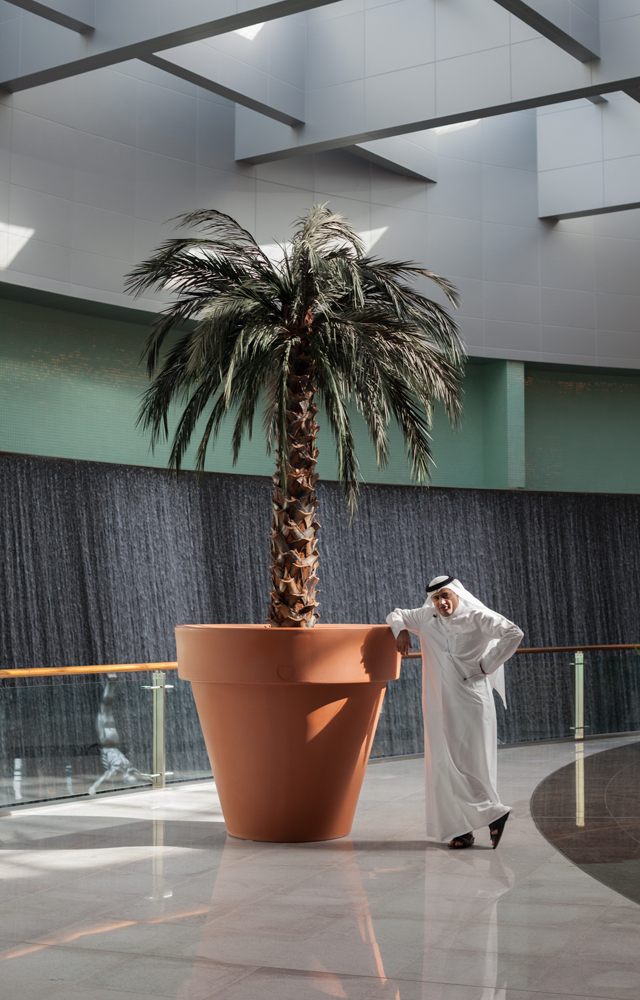 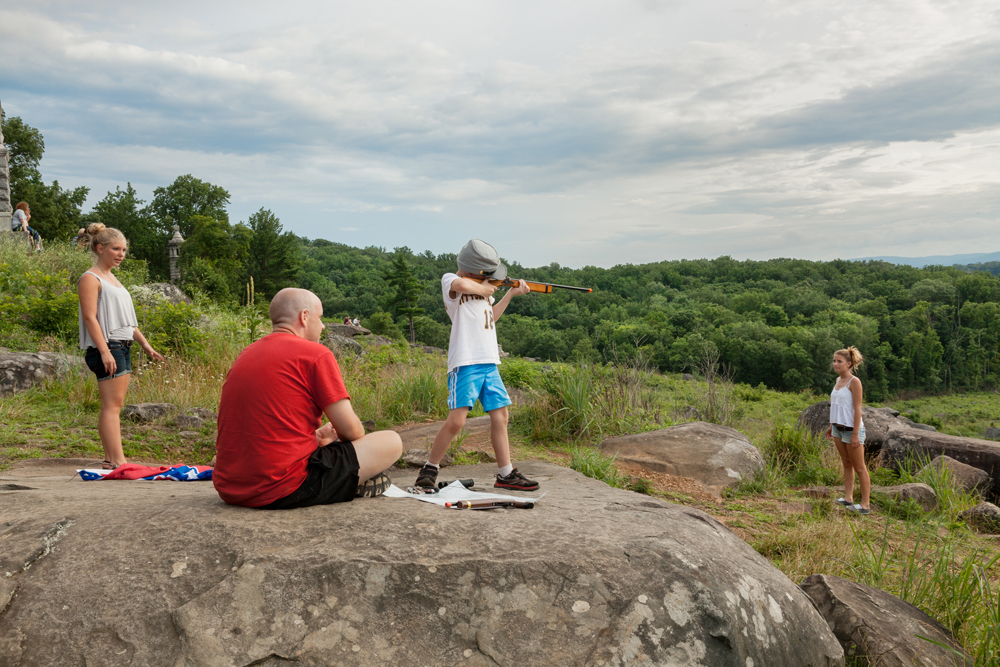 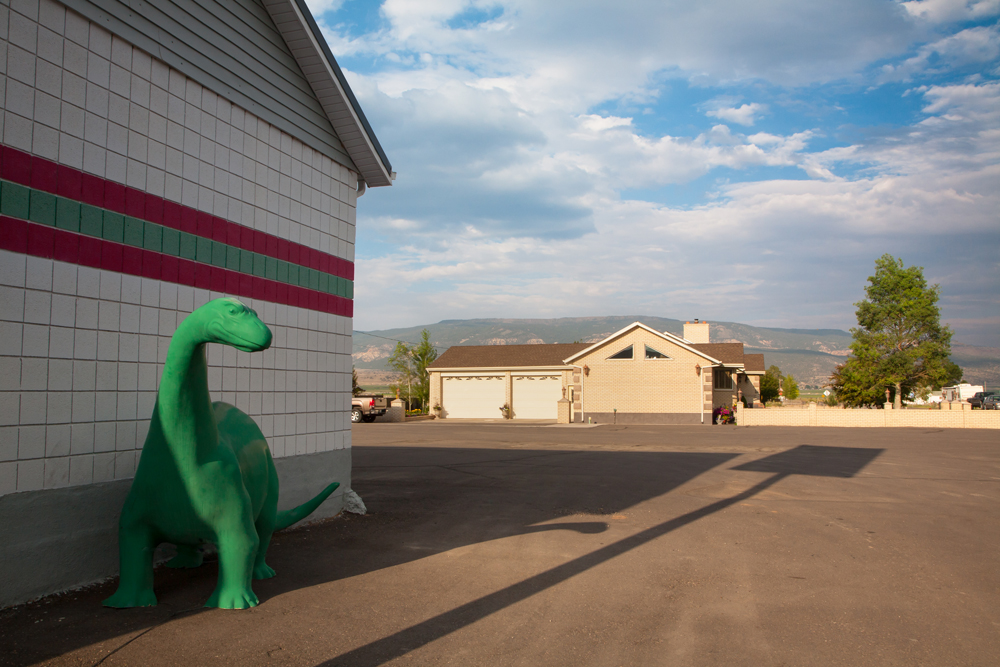 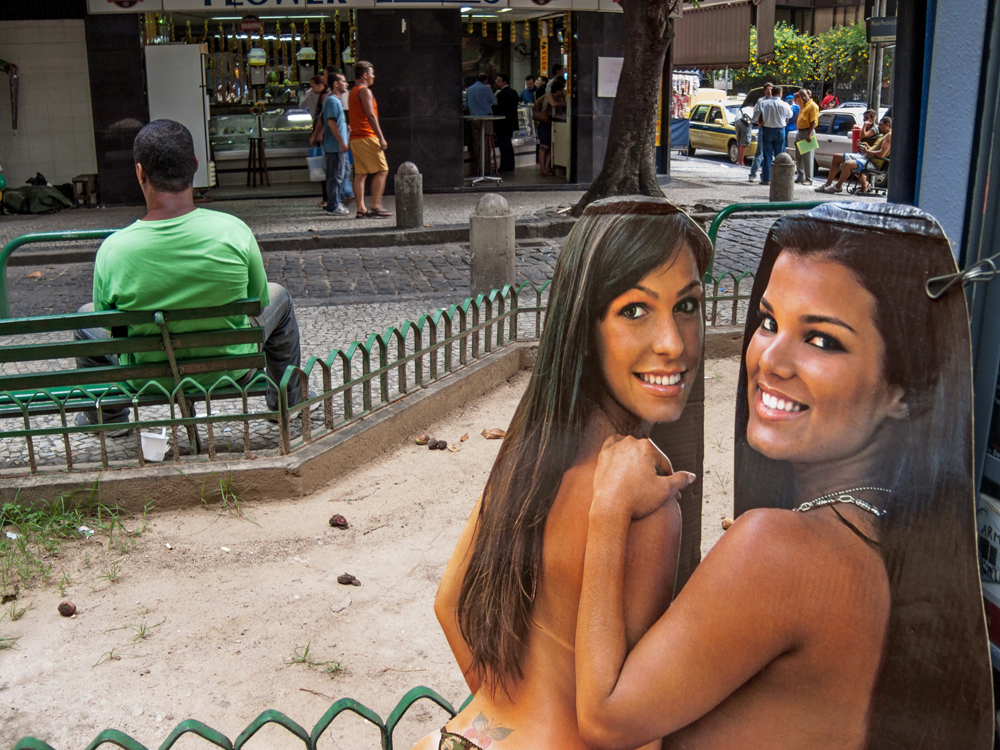 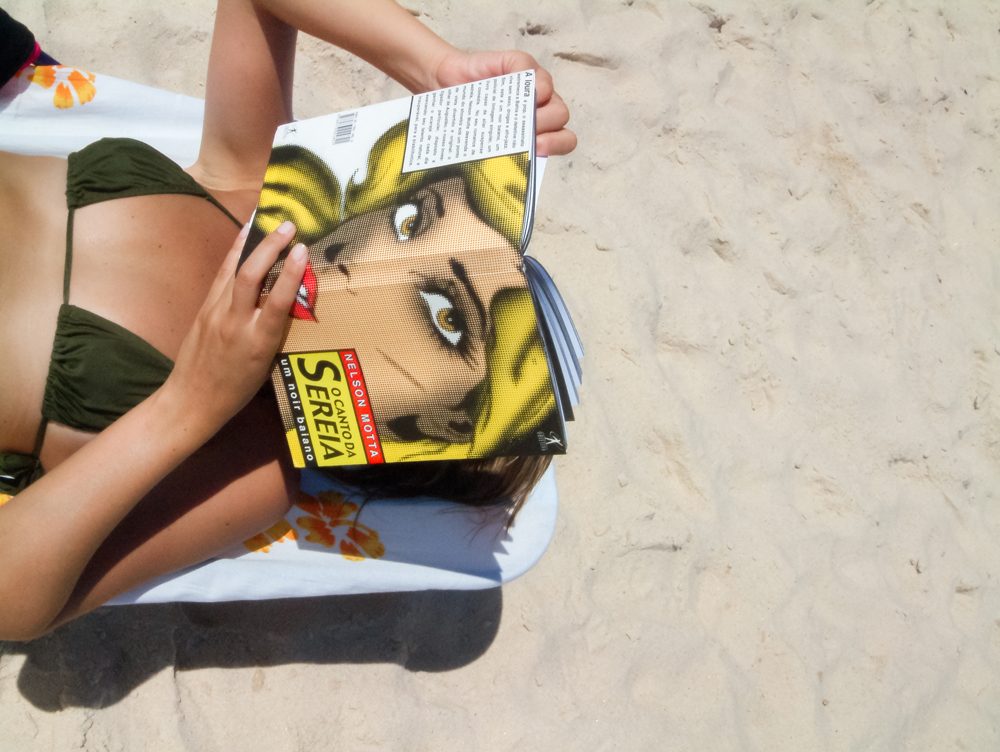 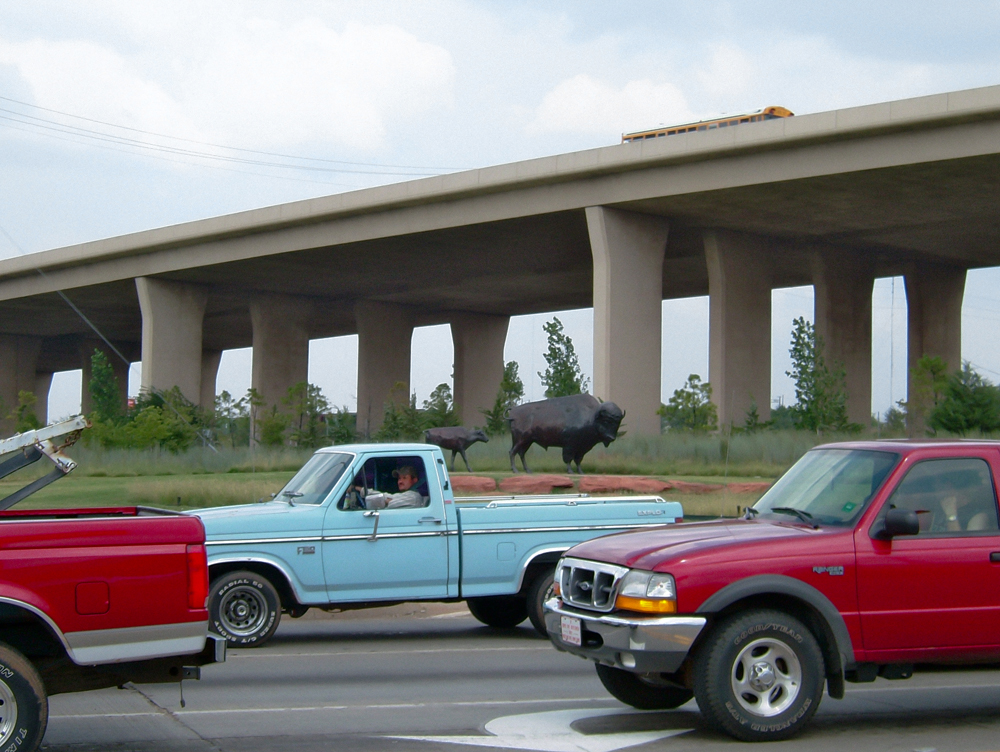 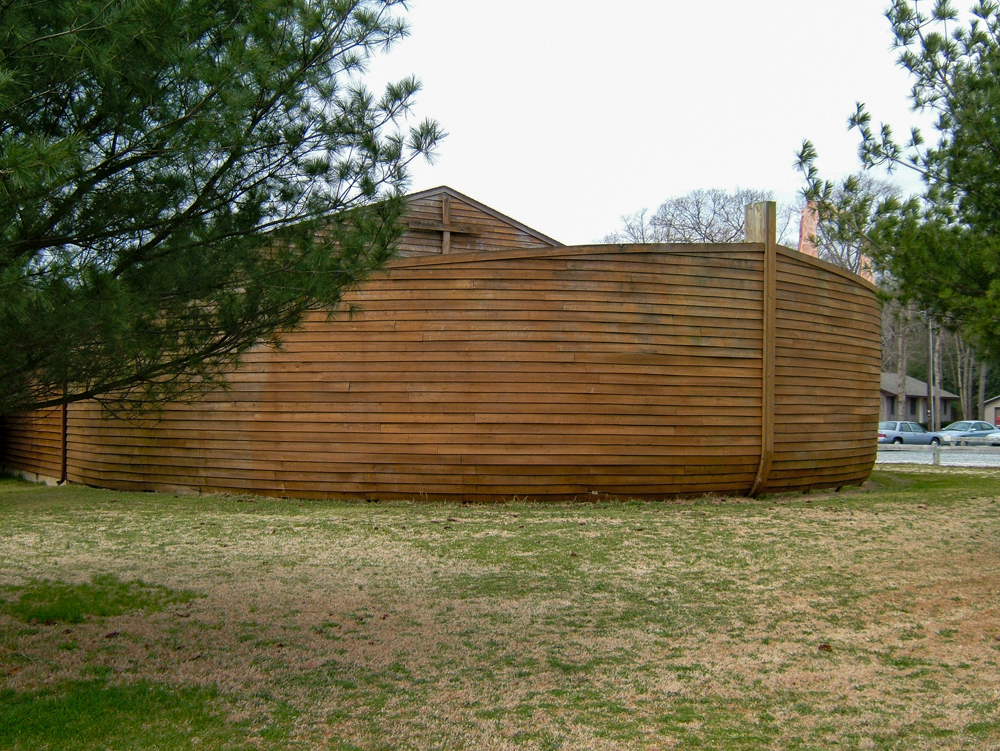 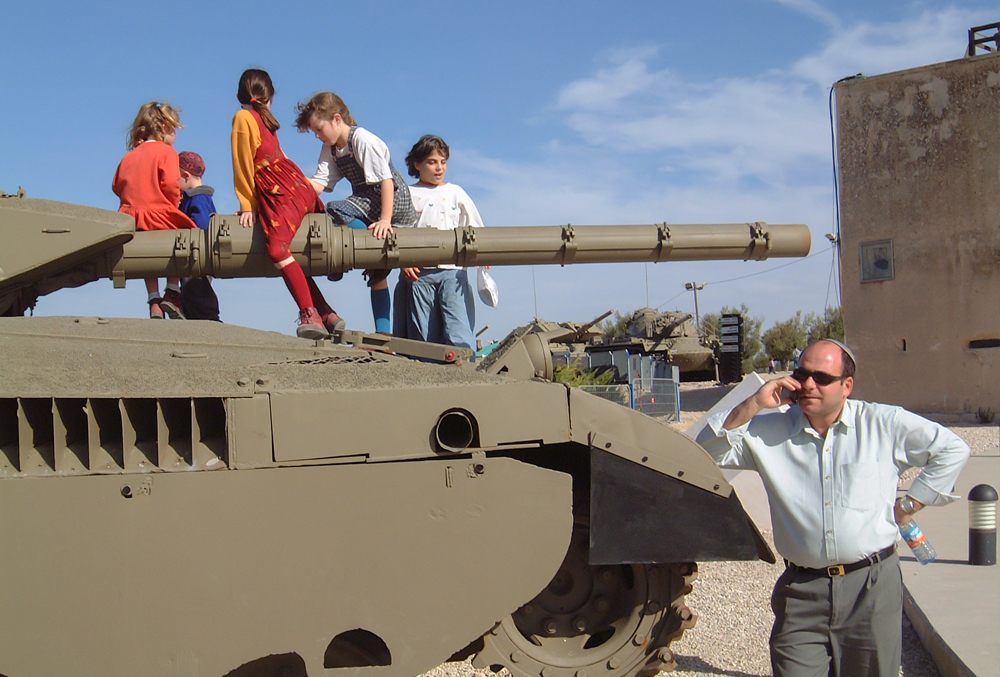 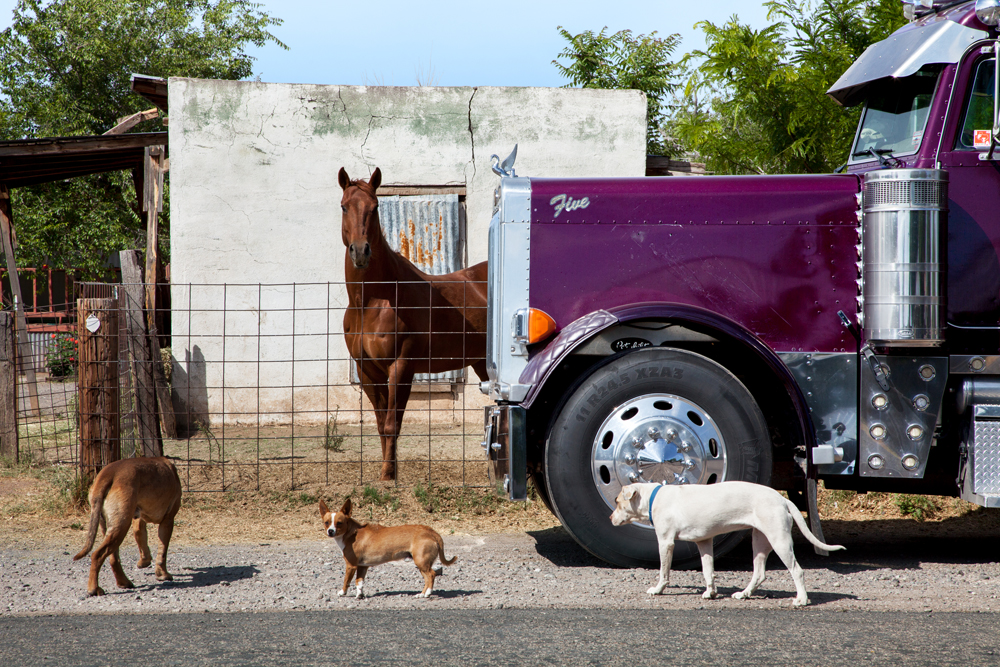 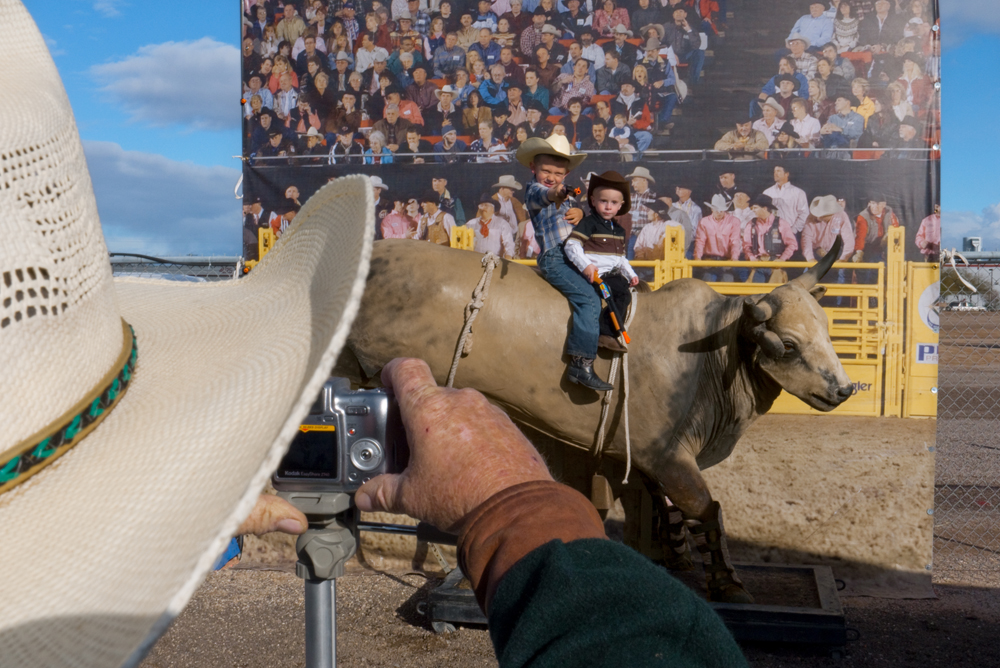 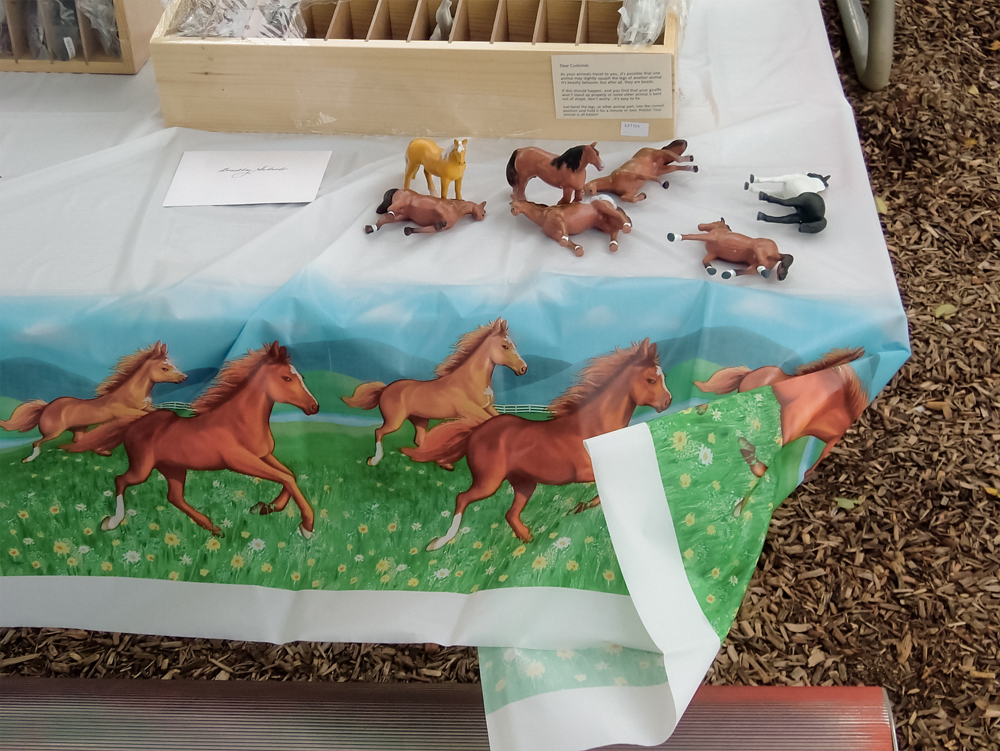 NEXT | Josephine Sacabo: An Embarrassment of Riches >
< Tom Chambers: Hearts and Bones | PREV