Lenscratch is on vacation and a number of photographer friends have stepped in to fill the void. I am thrilled to have a post by Caleb Cole, a photographer whose work I discovered while juroring Critical Mass last year, and have followed his upward climb ever since. I thought it would be interesting to get his perspective as an emerging photographer on the rise. His unique and humorous work was featured on Lenscratch last October. 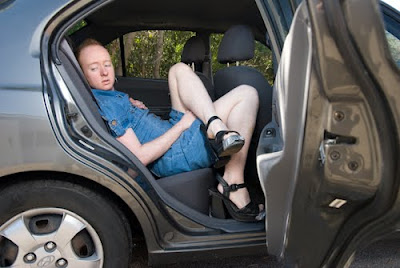 Aline has asked me to write a little bit about entering Photolucida’s Critical Mass and my life since being selected a 2009 Critical Mass Top 50 finalist, but the modest success I’ve enjoyed began a little earlier than that, so I’ll start there.

I graduated from New England School of Photography in 2008, unsure of what to do next to begin my artistic career. I started a blog with my friend Steph Plourde-Simard called Existing Light about our journey as emerging photographers, about our struggles and discoveries as we tried to figure out our way. To motivate ourselves to get over our fears and to get our work out into the world, Steph and I created a contest to see who would be the first to submit our work to 50 calls for entry. The winner would have bragging rights and the loser would take the winner out for drinks.

I made myself an Excel spreadsheet of where I wanted to enter, then where I had entered, what I had sent, and how much I had spent. I submitted to most of what I could find and to everything that was free. At first, I wasn’t selected for a lot of things. In fact, I wasn’t selected for most things. Calls where I thought I would be a fantastic fit never wrote me back. Then after dozens of resized jpegs and reformatted artist statements, I was finally selected for one show, and then another. Both Steph and I were among the 15 finalists for the 2009 Boston Artadia awards (out of nearly 600 entries), and I was selected to receive one of the 7 finalist grants. I entered because it was free, and because I wanted one more submission in my quest to beat Steph. I honestly never thought I would win considering the impressive pool of applicants (artists of all disciplines with decades and decades of experience), but I did and it was amazingly affirming to have such a wonderful organization put their faith in an artist who was just starting out. 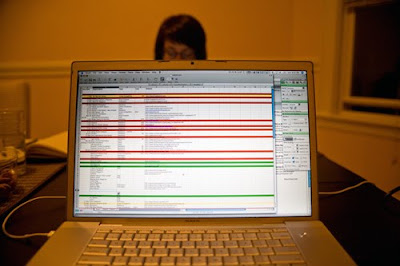 Then I was rejected for a different grant that I applied for, but the foundation offered me a solo show instead. Every rejection began to feel like a future possibility, or a necessary step to get to the next success. Eventually, I was so busy making prints and framing and doing other work related to successful entries that I hardly had time to submit to more calls. I decided that if I were going to submit my work somewhere that it would need to be to a call where the payoff was huge— enter Critical Mass. With the possibility to have my work seen by over 200 influential people in the industry, I made sure to enter. I honestly had no idea what the jury would think of me. I worried that my work somehow looked too commercial or too digital or was too strange. I saw the color photo work on all my favorite photo blogs and none of it looked quite like mine— where did my work fit? I had to tell myself that it was worth it to submit if only to have such well-respected people see my work, no matter what the end result. I ended up being selected as a part of the Top 50 and had the opportunity to exhibit in a show of all the Top 50 at Photo Center Northwest. 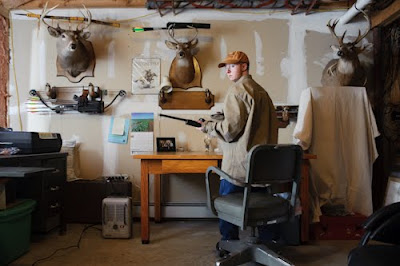 My experience with Critical Mass has been overwhelmingly positive. I’ve received great feedback (not all positive but all useful) and made wonderful connections with not just gallery owners and curators, but also other artists. It definitely increased my sense that I was part of a larger artistic community rather than a lone artist in my small corner of the world. Critical Mass allowed my work to be seen by so many people, and some who liked it shared it with other people or put it on their blogs (Thanks, Aline!)— now I have opportunities come my way and at first I won’t know how they found out about me, but it usually comes back to Critical Mass. 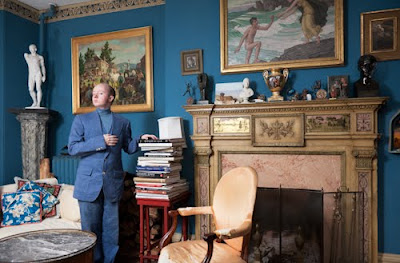 Even though I’ve had a lot of success, I still have a lot of rejections. Calls that seem like great fits still yield no response. I can’t let my previous wins affect the attitude with which I approach calls to entry (expecting to be selected) and I always remind myself that each entry is a fresh start, another step on the path of my artistic career no matter what the outcome. I get to spend time with my work, hone my edit, rework my artist statement, and get my work and my name in front of some fantastic people. It isn’t always about the win; it’s about the process. 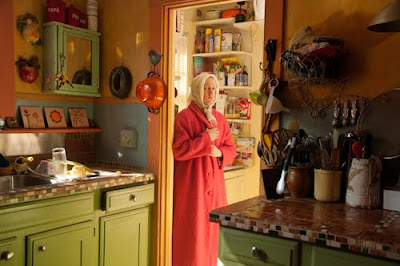 Since Critical Mass, I’ve been busy in the best of ways. I’ve been making a lot of new work, both for my series Other People’s Clothes that I submitted to Critical Mass and work involving other people and other artistic mediums. I’m now represented by Gallery Kayafas in Boston and I have a solo show there opening in a few weeks on September 10th (receptions on September 10th and October 1st). I’ll also have work in a group show at Southern New Hampshire University called Traversing Gender opening September 20th (reception on September 22nd). If you’re in the New England area, I’d love to meet and chat with you at an opening!