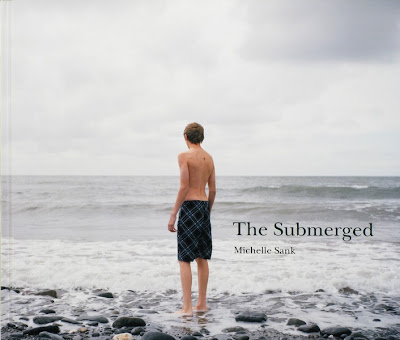 South African photographer, Michelle Sank, lives in England and is fascinated with the human condition. Her work, as a social documentarian, explores physical and human landscape through social and cultural diversity. She recently released her third monograph, The Submerged, through Schilt Publishing. Michelle has numerous bodies of work, many exploring people living on the edge of society, captured on the fringes of communities. She is drawn to the human performance in and the architectural definition of, place.

Her photographs have been exhibited and published in England, Europe, Australia, Mexico, South Africa and the U.S.A. She has undertaken numerous residencies for prominent galleries in the U.K. and Europe. Her work is held in numerous collections such as The Museum of Fine Arts, Houston, Texas and The Woodstock Centre for Photography, New York. In 2007 she was a winner in The Portrait Prize at the National Portrait Gallery, London and her work will be featured in the 8th International Biennial of Photography and Visual Arts BIP2012 which will take place from March 10 until May 6, 2012 in Liège (Belgium). 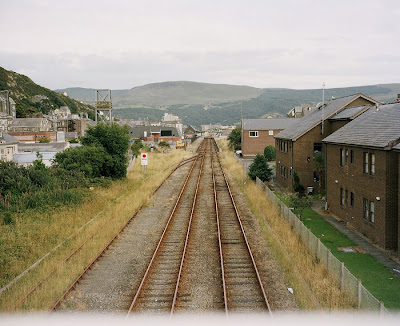 The Submerged: My practice is concerned with the notion of encountering, collecting, and re-telling. I am interested in creating sociological landscapes, interplays of human form and location that are significant in their visual, sociological and psychological nuances.

The imagery in “The Submerged” was produced within Mid-Wales in a coastal and hilly area existing at the end of the railway line. I became intrigued by the way both structures and the human form interact with the urban and natural make-up of this environment. I was drawn towards a sense of grittiness and resolution within the geological and architectural fabric of the place, something so often mimicked in the light, colour, dramatic skies and the human performance within. 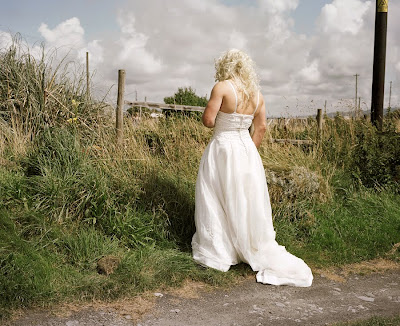 Unwrapping The Submerged was like getting a Christmas present. Congratulations on a wonderful project and publication. Can you talk about working on this series?

Thank you Aline.
This series came about during a 3 month residency that I undertook At the Aberystwyth Arts Centre in Wales. I was allotted a wonderful studio in which to think and produce with no pressure as to what kind of work would emerge. This allowed me an unusual period of uninterrupted time to explore and try different things that would both develop and compliment my practice. This afforded me the opportunity to challenge myself in both the portrait and landscape genres. 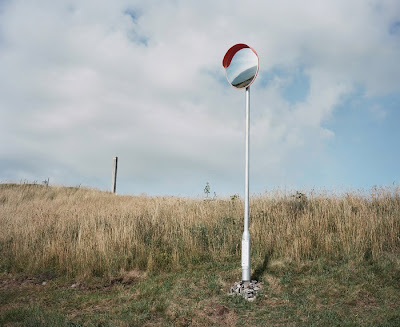 When the committee at the Arts Centre saw the images that I had produced they were keen to get it published. With that in mind, I made an appointment to see Maarten Schilt from Schilt Publishing during a Fotofest session at Houston. He was happy to publish the work. 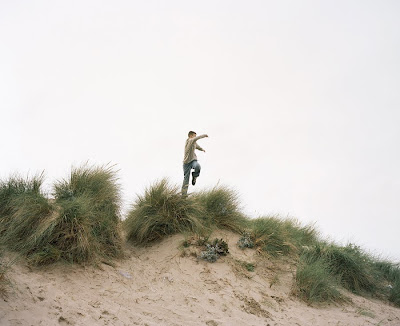 Two ideas in you statement really stood out to me: the re-telling of a story and the human performance in a particular location. Do you look for that in all of your projects?

Yes, I do. I think the interplay of portrait and background sets up a particular narrative. I also see my images as a space of performance where people can present themselves to the camera. 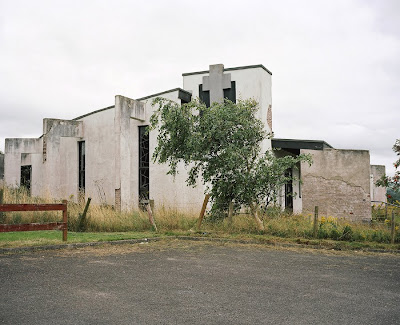 Another thing that struck me is the wide variety of dress–from beachwear to a wedding dress all in juxtaposition to, as you say, a sense of grittiness in the landscape.

The Submerged was named after an ancient submerged forest that only emerges on a beach in the area at certain times when the tide is low. This became symbolic for me in relation to the wonderment of the diversity and a sense of the exotic that appeared against the grittiness of the landscape. 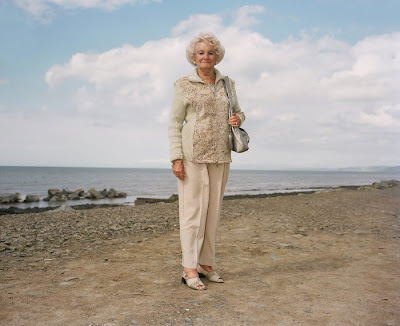 The people you photograph are posing, yet feel completely natural. What is you approach to working with strangers?

I think when I see something my excitement is conveyed to the people that I am approaching. I have always said that the human interaction I experience is as valuable to me as making the images and I often feel privileged to meet and work with the people that I do. 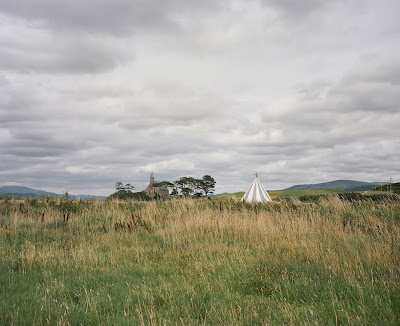 What camera do you use? 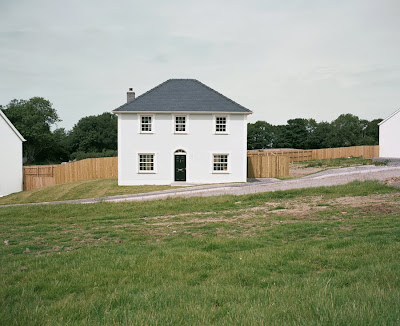 I had a big gap in my career due to leaving South Africa when I did. It was doing a part-time MA in 2000 that acted as a platform for me to get critical feedback on my work and to experiment. 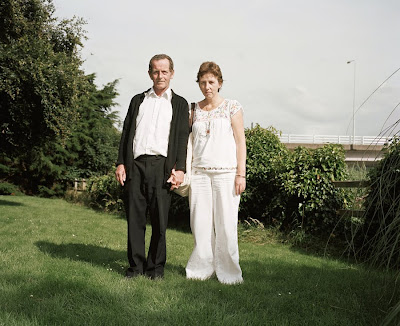 To be honest with yourself, to maintain the passion and to do it ultimately for yourself. It is also about having the stamina to cope with the highs and lows and to maintain the belief that if you try hard enough you will see the benefits. To be respectful in your approach to people and to represent your work as succinctly as possible both in the visual and written form. 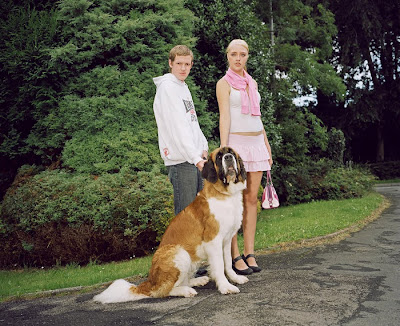 My perfect day would be one of those I experienced in Wales during the residency where I could focus totally on my work away from all other life constraints. 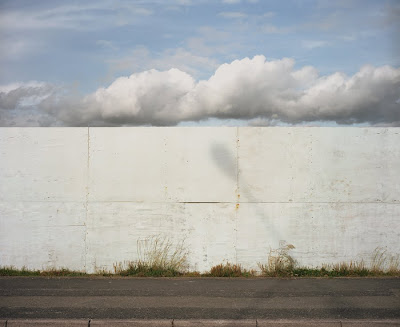 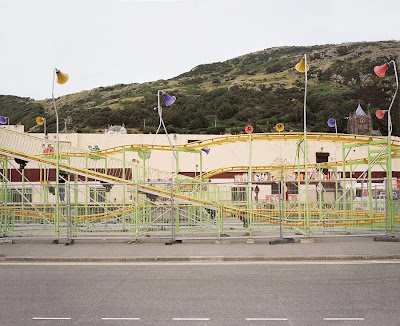 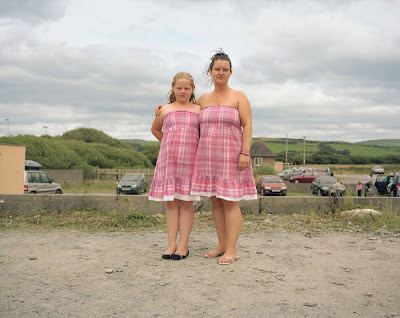 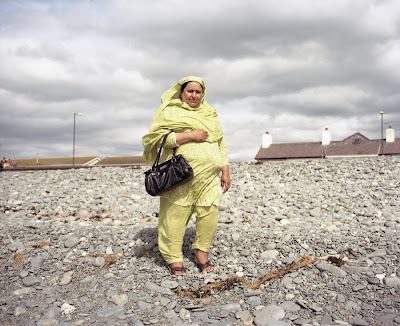 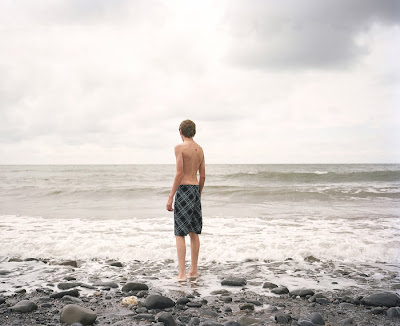 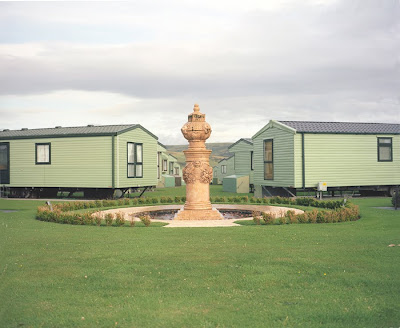 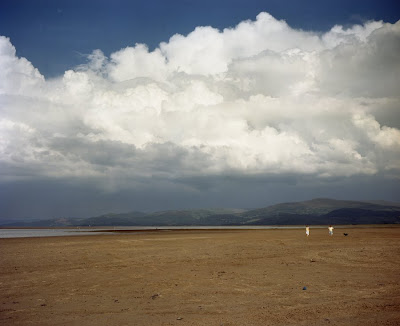 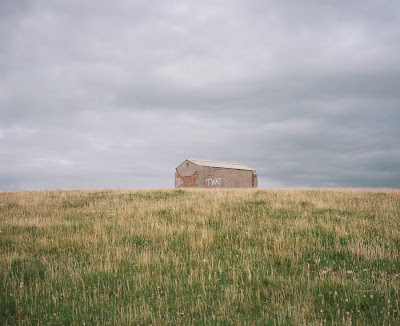 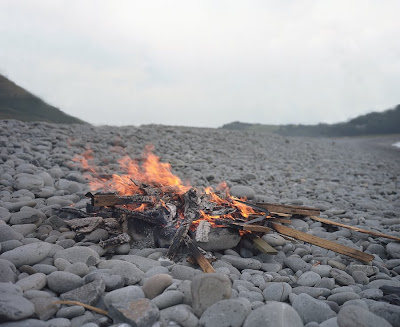 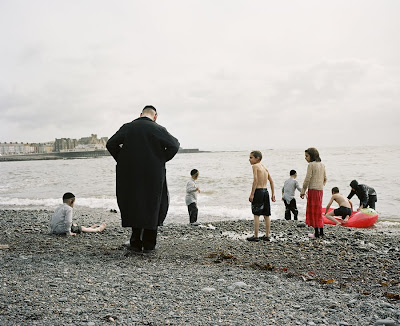