Guest Curator for Australian Week is the talented Heidi Romano and today she interviews Henri van Noordenburg.  Henry’s work was recently shown at  photo l.a. After seeing the work in person, I agree that images on the internet do not do the work justice… Henry states, “The texture in my work does not translate in to reproductions of my artworks, and the the artworks are always one off (each work is unique) .


I met Henri van Noordenburg a couple of weeks ago when he was part of a group exhibition at the Colour Factory. His images really stood out for me as I had never seen anything like it, or anyone else using a similar technique. I asked him a few questions and Henri was happy to answer them. 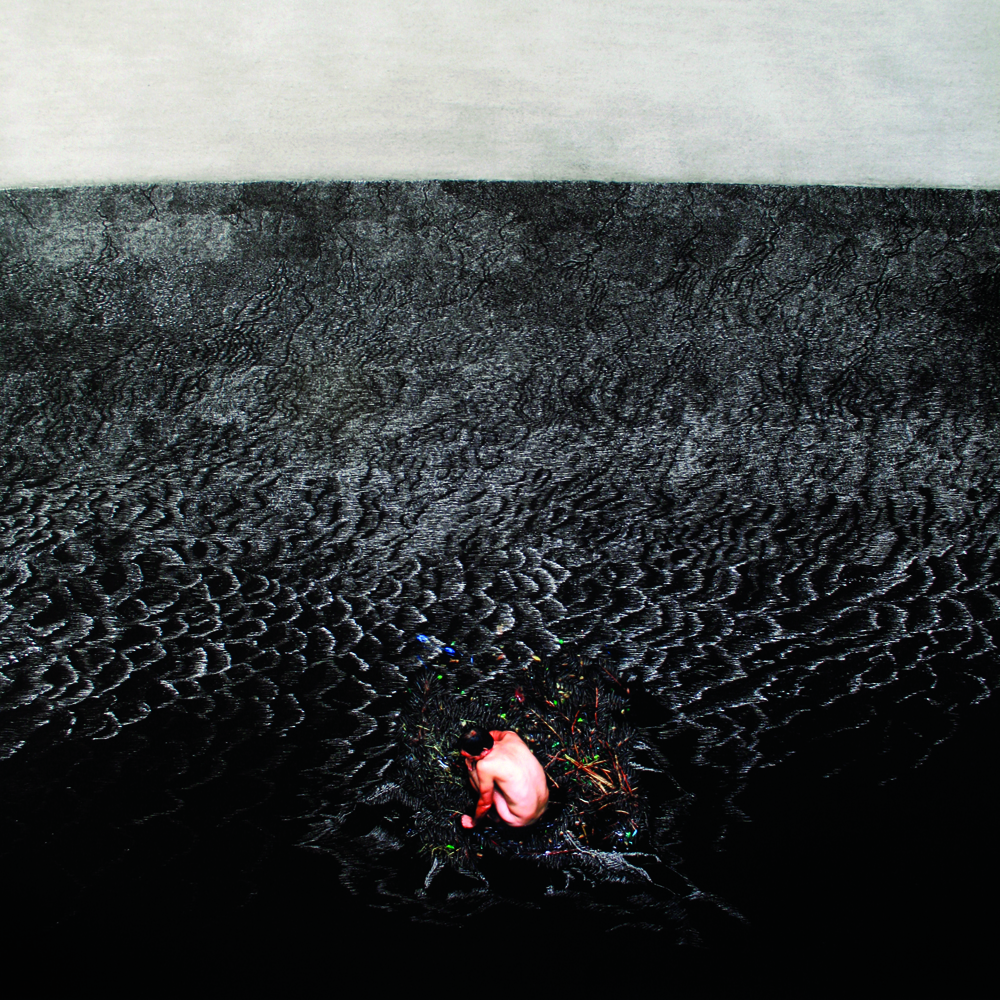 You had been working in the photographic medium since you were young, what was the source of inspiration?
Like many others I started photography as I traveled, I was inspired by the interaction between humans and their environment and documentation as a collective memory. 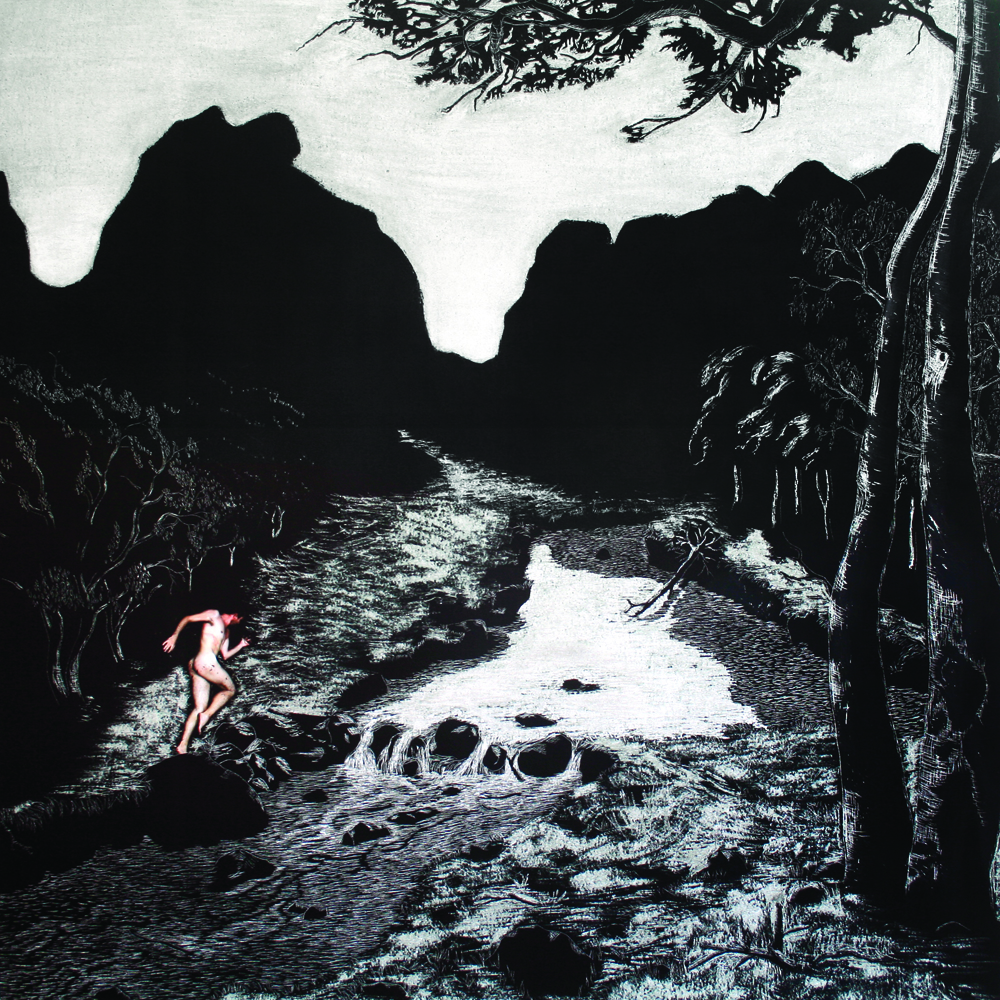 What were some of your first photographic works?
When I started my Bachelor of Photography in 1994 I focused on the working class. I continued to be fascinated about the life of others and wanting to learn about their reasoning. The first subjects where fishermen (Moreton Bay, King Island and Tasmania) sugarcane workers, miners heavy industry. My favorite time was when I lived as a Jackaroo for 18 weeks on horseback everyday out in Central-West Queensland. It was magic being in the rough Australian landscape for that long. 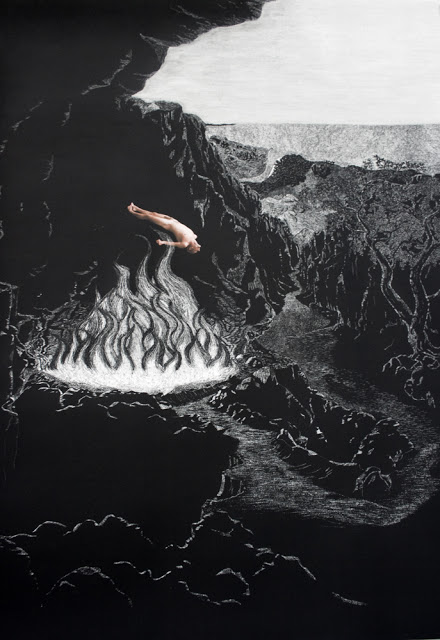 When did you start this current project, where you work with a scalpel?
I started using the scalpel about two and a half years ago. I became frustrated with my art practice and, while I was happy with the aesthetic result, it was nothing new. At first I scratched parts of the image away, like removing lantana from a photograph of an Australian landscape. These initial works were small, only about 15 x 15 cm, and formed ‘(dis)place’ 2010, a series shown at Queensland Center for Photography (QCP), Brisbane in 2010. I soon wanted to challenge myself with larger works. Given my attention span was not very long, it was not only also a physical challenge but also very much a mental one, to increase the scale of the work. I created 6 works that were 1 X 1 meter square, with each piece taking between 45-50 hours each. Combined the six panels formed one large work which measured 2 metres in height by 3 meters in length: ‘Composition I – Composition VI’ 2011 (also shown at QCP, 2011). The biggest problem then, was that the house I worked in was too small, and interestingly I did not get to see the completed work together until it was hung in the gallery. Now I want to go ever larger. 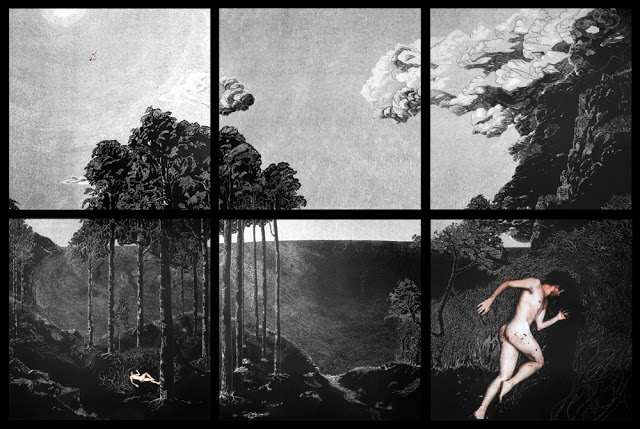 You were born in the Netherlands – what was it like moving to Brisbane and how old were you?

I moved to Australia when I was 23, I did not plan to be here for this long but I am still here and enjoying it. Like most European travelers I was intrigued by the exotic, the other. I am still amazed by the Australian landscape and the Indigenous culture one of the oldest cultures in the world. I always get frustrated when people say that Australian is such a young country, I feel by saying that then you completely ignore the Indigenous culture like many of the early settlers. I think that brings me to my drive for the art, which I believe is story telling and acknowledging minority groups. No matter how much I try I will always be the Dutch migrant and I am proud of the baggage I carry with me be it Dutch or now Australian (after living here for well over 20 years). 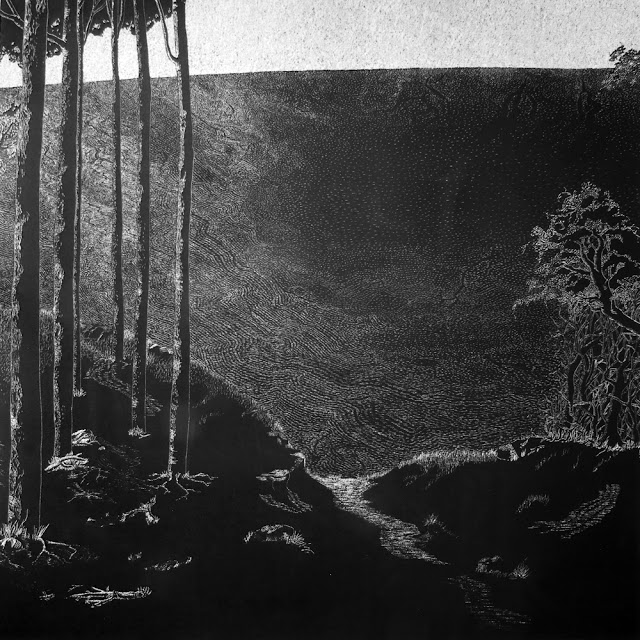 Do you think your work has European influences?
Yes that is definitely there, I love the works by many Dutch and German masters, I can endlessly study them the main one being Pieter Bruegel the elder his social commentary, and combination of Dutch and Italian landscape. I love the look of the thick clouds so often depicted in Bruegel’s work, clouds that promised the dreary rain. Thinking of that reminds me of cycling to and from school, 15 km each way, with the wind and rain in my face. I minded it except the first drops, but once you are wet who cares. While I do not always get the chance, I really enjoy taking my self-nudes photographs in harsh weather conditions or in places or positions that are somewhat difficult being subject to the environment, straining my ability. I get these incredible mix feelings between strength and weakness, frustration and containment a feeling of euphoria and adrenaline. 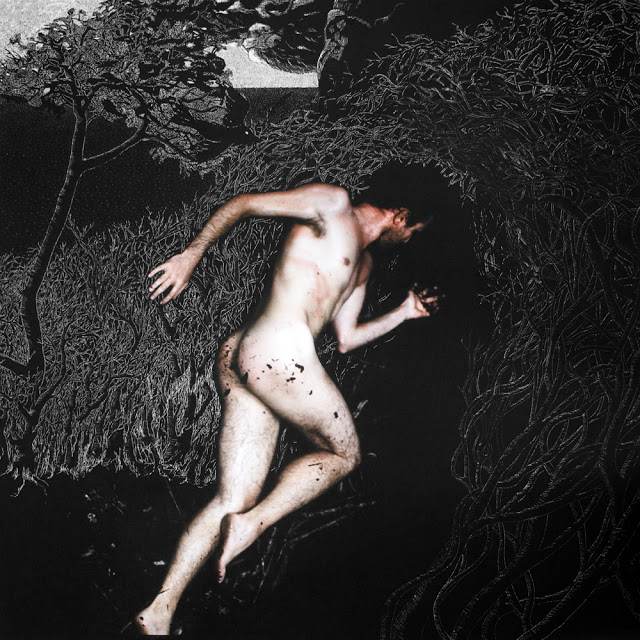 How many projects do you have going at one time?
I prefer to only work on one body of work at the time, but while physically working on one body of work I am constantly researching; one project rolls into the other and as my technique is so new I am still developing it.
I like finding the similarities between taking the photographs, posing and contorting my body, and carving a tableau around the printed image. One is very much about the body and performance, it is more free and ephemeral, and with the other about reading the body and the weight it carries, requiring more precision and accuracy. Because the timely process of creating the artwork I need to concentrate and take my time. I constantly remind myself that it is about the quality not the quantity. 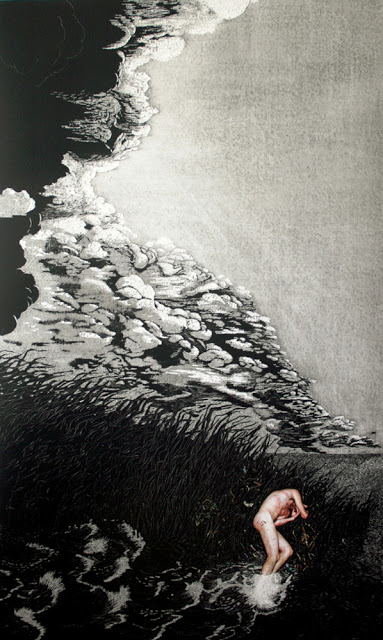 You have recently won the ‘CLAYTON UTZ ART AWARD’. How did that happen?
Awards and exhibitions are important indicators of where people in the industry and the general public see your work. In the past it was all about the subject and how the creation of the project influences creation the protagonist. Now the focus is more on the concept and who sees the work. There is no point making work that no one sees. 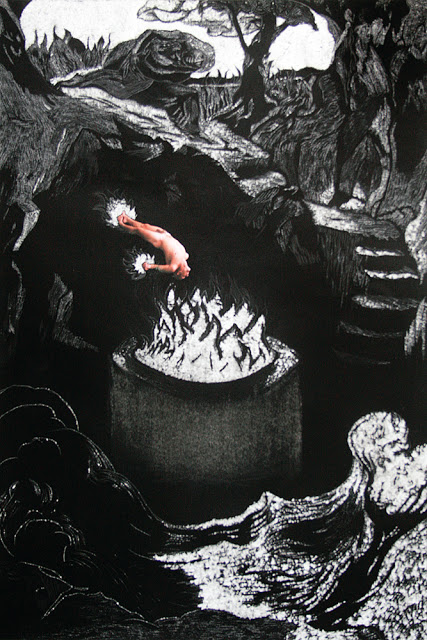 Study for Composition A after William Blake

In January you are off to LA to present your work at Photo LA. Is this the first time?
This will be the second time that QCP has taken my work to Photo L.A. It is so important that QCP tours Australian Photography internationally and it is one of the only non-commercial galleries who does this. The importance lies in placing your work onto the larger platform and see if it stands up to the quality. I think that Australia is doing pretty well, I am lucky to be part of it. 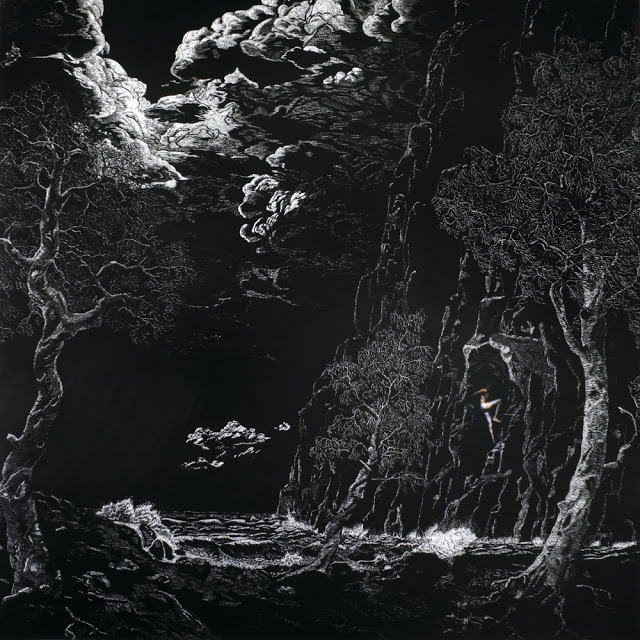 And lastly where could we find you on a Saturday morning?
Usually I am walking the dogs around the toowong cemetery in Brisbane, followed by working in the gallery. 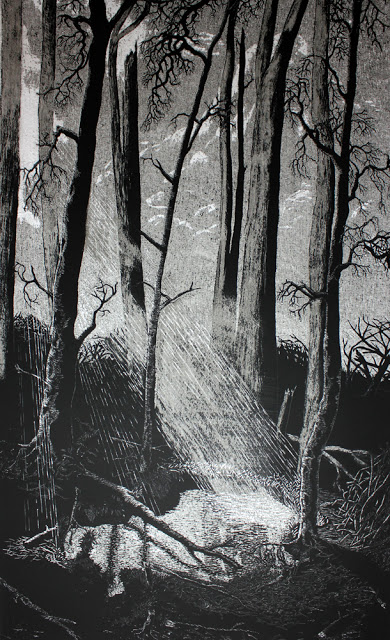 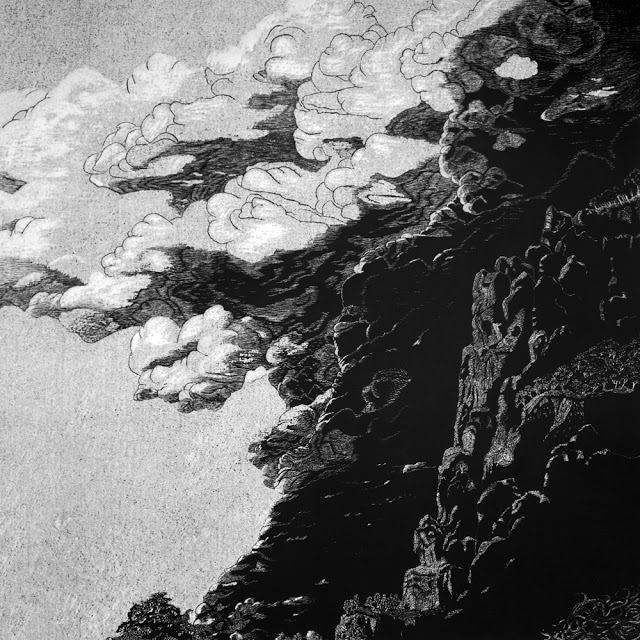 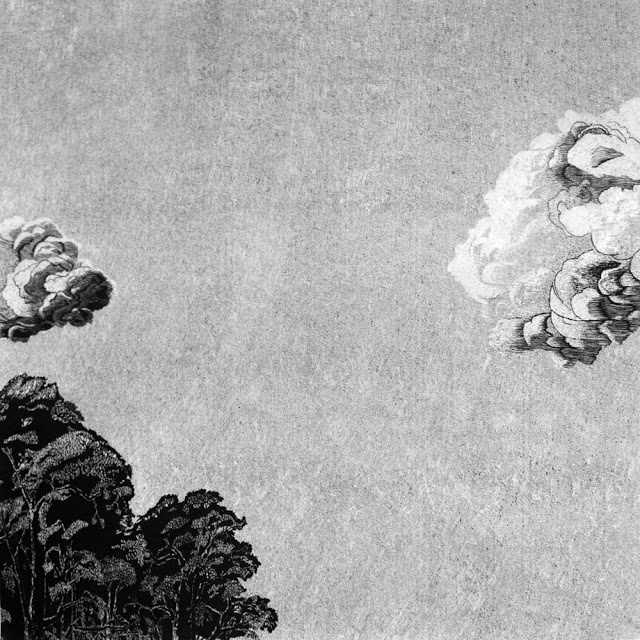 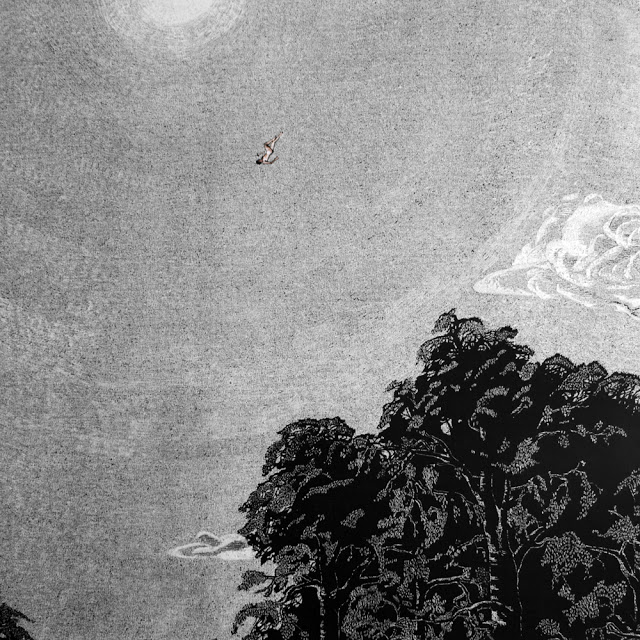 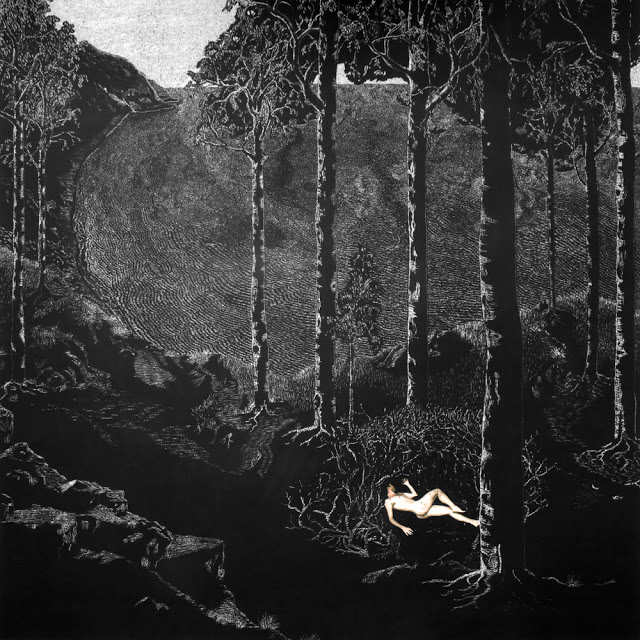