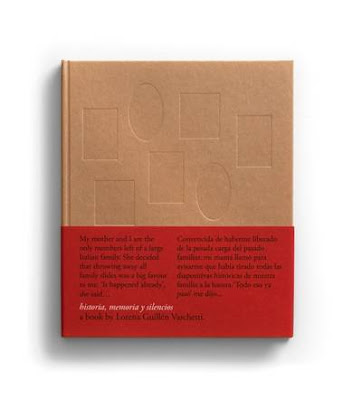 “My mother and I are the only members left of a big Italian family. Convinced that she was lifting the heavy weight of the family past off my shoulders, she called me to let me know that she had thrown away all the family slides: “It happened already”, she said…” — Lorena Guillén Vaschetti

Lorena Guillen Vaschetti has just published her first monograph, Historia, Memoria y Silencios through Schilt Publishing, and Postcart Publishing in Italy. The project is an unusual exploration of personal history and power through family photography–what the photographs reveal and what is hidden. Lorena approaches the work as an anthropologist, and the simplicity of her work allows the viewer to bring their own stories, conclusions, and realities to the project.

In 2009, Lorena’s mother threw away all the family slides to protect her daughter from the family history. Lorena was able to recover only one box from the many that her mother had discarded. She re-photographed the contents from her perspective, choosing to leave the slides that were wrapped in packages unopened.

Lorena Guillén Vaschetti was born in Rosario, Argentina in 1974. She studied Architecture and Anthropology before committing to Photography. Her work has been exhibited in solo and group shows throughout South America, the United States and Europe, and is included in a number of public and private collections.

The book is in two parts and begins with photographs of the loose slides Lorena found in the box. She re-photographed the slides from a depth of field that leaves portions of the images out of focus, and the faces of her family members blurred. This gives the series a dreamlike, mysterious quality that reflects the passage of time, and poses intriguing questions about the relationship between family members, and what other unknown stories exist in between the picture frames. 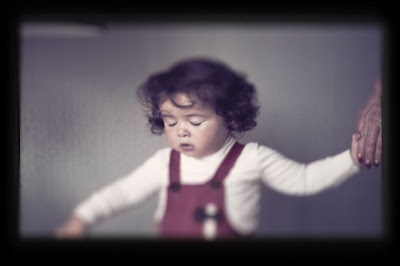 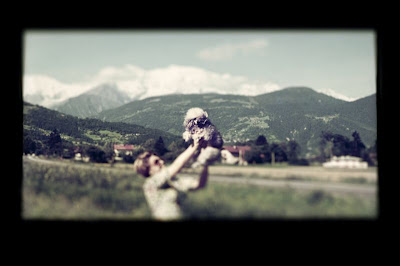 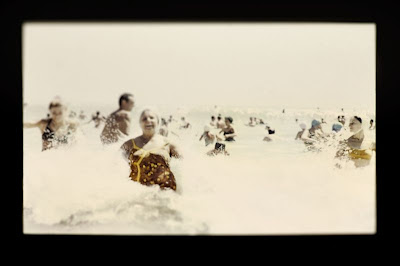 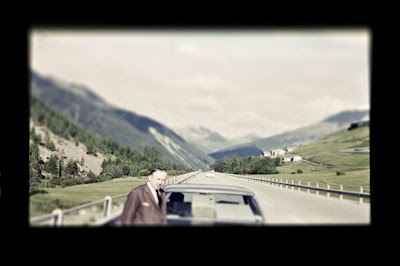 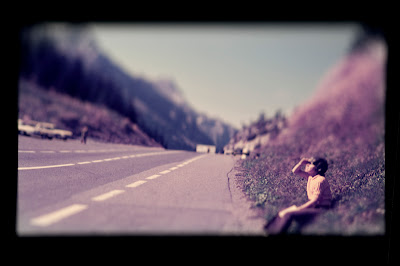 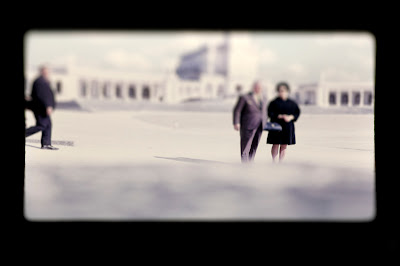 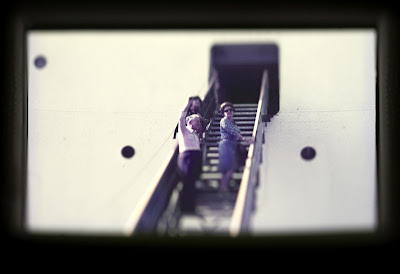 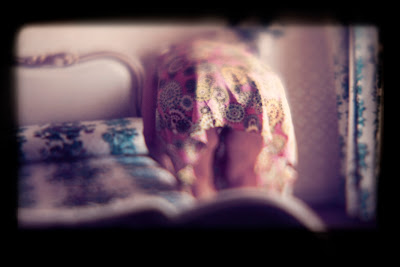 In the second half of the book (tied in a Japanese binding) – Unopened/Sin Abrir – Lorena presents photographs of the packages of slides that she chose not to open. Bound in elastic bands, and concealed in film canisters, these photographic artifacts conceal family secrets that the artist will never learn. Lorena is most interested in what we cannot see, and how powerful constructed memories of our past shape what we ultimately believe to be true. 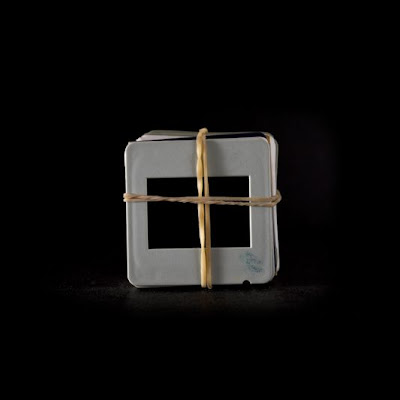 Congratulations on the book! It’s a unique approach to exploring the idea of family photographs and history. You studied Anthropology and Architecture before committing to photography. Does that education inform your work?

I can easily imagine that if I would have studied other careers my work would be different. Let me think about it with you: Architecture has been present in the way I thought the book as an object. I faced it as I think an architectural project. First the idea and then the factuality of it. To make an idea become a final object and all the process in between.

Let me give you an example: to express the “Un-openess” through japanese binding is different way to transmit the feeling of the impossibility of accessing those moments that already happened. A more physical way.

Last but not least technology: in this area my education did not informed the work directly: my the designer and the printer thought me about the technology in this particular field of book making.

Regarding Anthropology, it relates in so many different levels!

From understanding family links to reading codes through Semiology (in the first “vintage” images). And it can also be approached from an archeological point of view (mainly in the last ones, the “packages”). 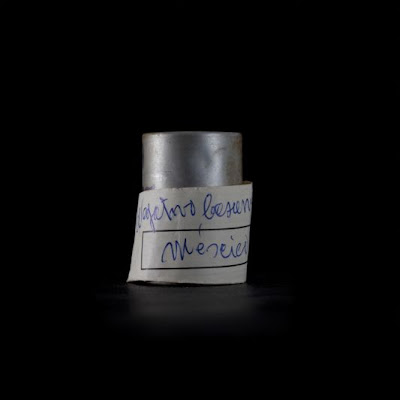 Can you tell us how the book came about?

I met Maarten Schilt in Paris in November 2010. As soon as he saw my work he said that this work would make a great book. I had not considered the possibility of a book about this before but I thought it was a wonderful format for this body of work. We worked from February to August and in October the book was released in Europe and now, February, in the United States.

There also is an Italian edition by a publishing house in Rome called Postcart Edizioni.

Postcart came to know about the book when we were finishing it and offered to make the italian edition which was wonderful because most pictures are taken in Italy and both my grandparents (the photographer) were italians. And so am I ! 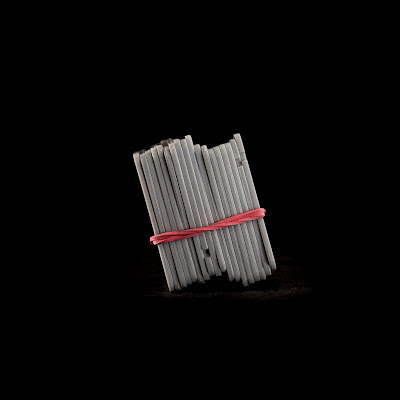 Your early series about black boards appears to have a connection to your current work. It’s work about a structure, wherein the narrative is obscured, and it feels nostolgic, in the past. Did you see this connection?

You are completely right !!! and you said it wonderfully well….
I saw the connection later than I would have imagined. I work very intuitively and only later I think about the reasons why I did what I did. 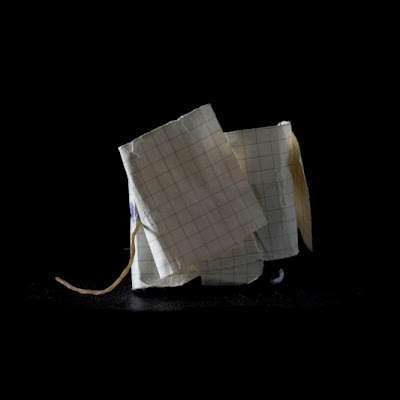 What made you decide to reinterpret and rephotograph your family photographs?

A complex and sometimes sad family history. They became something else now. 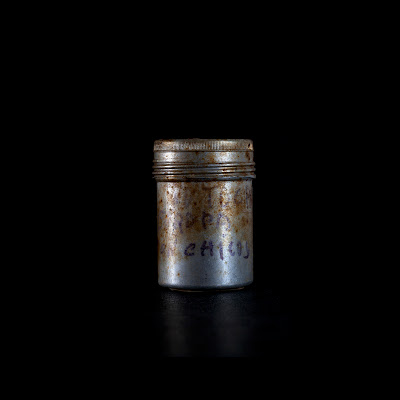 I can’t imagine to allowing myself to NOT look at family photographs. Do you ever think you will explore those images? Is there a truth you don’t want exposed? The act of not looking is quite powerful.

Thank you Aline…
I understand what you say. As I mentioned earlier, I work very intuitively. For the time being I feel comfortable having them as objects holding unknown moments.

The fact that they became something else, larger perhaps than only the images they would offer is important to me.
I don’t know if I will ever open them. They are in a transparent box now. They are like archeology objects in a way. 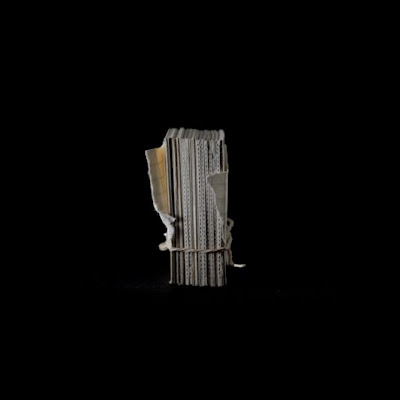 Admittedly, I have had my own experience cleaning out my parent’s house and throwing away carousels of slides– that is one reason that this work really resonates with me. Have you given thought as to what our generation will pass on to our children, now that physical photographs are rare–most people keep them on their computers.
Very true! I have no idea what they will hold on to for the construction of memory. I would imagine a few objects and a few stories that will eventually wash with time. At the end of the day it is like it happened in history before photography existed.

And the next generation will have to deal with the problem of having too many (files): when we have too much it is usually hard to see what is important….
It is a very interesting matter.

Regarding your own story, I believe that even if you would have kept all your parent’s slides, only very few would have been meaningful to you. You probably already have that “space” of your memory filled with other objects or images (photographs or memories in your mind). In my experience that is enough.

In fact most of my family slides where already gone with the trash truck when I came to know. Perhaps if I would have had a million or they would not have been in such risk I would have never paid attention. (But let me confess that when I saw how wonderful they were I wanted them all back! ) 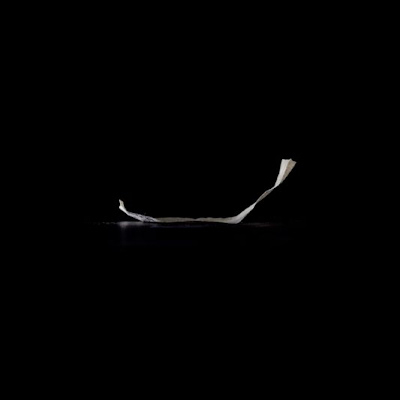 As an Argentinian photographer, how do you connect with the rest of the world? Is Argentina supportive of photographers? Have you attended portfolio reviews outside of South America?

Argentina is a very difficult country for artists to live in terms of the lack of governmental support, especially economical. But there is a big artists’ community that is very interesting. 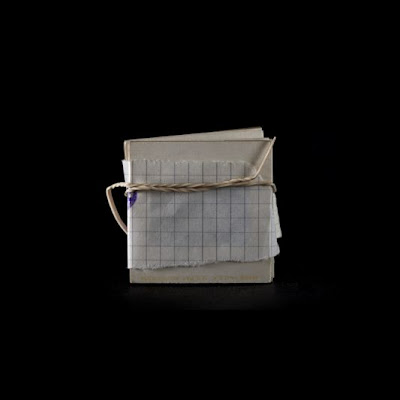 Are you working on a new project?

I need to let it grow a bit more before I can speak about it. But it has to do with the need to fill in the blanks. 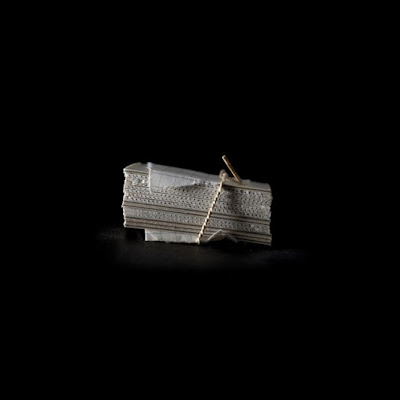 And finally what would be your perfect day?

Any day when I am in peace with myself, conscious of how lucky I am.
If it would be sunny, had nice simple food and I would have my loved ones around, then it would be the perfect, perfect day! 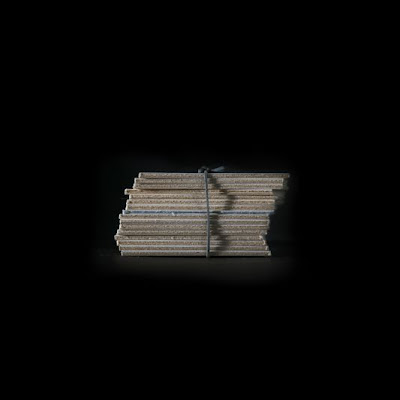