Almost a year ago to the day, I wrote a post about Elliott Wilcox’s wonderful images of squash courts in England. A few weeks ago, I wandered into the DNJ Gallery in Santa Monica and felt like I was visiting with old friends. It was great to see the large scale images in person, and the prints felt much more painterly and significant than the small jpgs where I first saw his work. Annie Seaton, the DNJ Associate Gallery Director, shared with me the many successes that Elliott has garnered over the last year.

Elliott is a London based, British photographer. He graduated from the University of Wales, Newport with a BA in Photographic Art in 2008 and the University of Westminster, MA Photographic Studies last year. He has been the recipient of several awards including a Judges Award at the Nikon Discovery Awards and a New York Photo Award. Elliott recently won a prestigious Lucie Award for the Discovery of the Year at the International Photography Awards.

Elliott has exhibited internationally and in the UK, his first major series ‘Courts’ was part of the show ‘PRUNE – Abstracting Reality’ at FOAM Gallery Amsterdam with guest curator Kathy Ryan, editor of the New York Times Magazine. He was also part of the BBC’s documentary series – School of Saatchi. His art work beat thousands of emerging art talents to the top ten artists involved in the show.

Elliott had solo exhibitions of ‘Courts’ at the Bau-Xi Photo Gallery Toronto, Canada in January 2011 and the dnj Gallery Los Angeles, USA in April 2011.

COURTS: This work examines representations of the enclosed spaces of sports courts. In photographing the empty courts, absent of the fast paced action we are so familiar with, these environments reveal themselves in a new light.The camera shows details that the viewer can see closely, revealing many subtleties that usually go unnoticed. The vivid stains, ball marks, blood and scratches force the viewer to focus on these details rather than just the court.

The courts have one single use, a ball game, with all their complicated rules and regulations. These normally sub conscious spaces become alive. Much like a gallery space is missed to the artwork, the space of these courts is missed to the sport. These large format images are slow and deliberate. The non-judgemental image creates an experience to explore, a path to revealing the unnoticed and exposing the unexposed, consequently romanticising the courts. 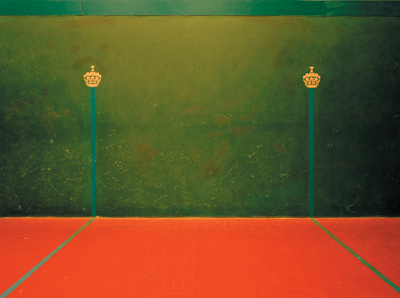 Congratulations on all your successes! The past two years have been quite spectacular—shows on both continents, awards, and Saatchi’s art-reality TV show. But let’s start at the beginning. Where did you grow up and what drew you to photography?

Thank you for your very kind comments.

I grew up on the South coast of England in a small market town called Ringwood. My Father is a professional sports photographer so I guess you could say I grew up surrounded by photography.

We used to have a small darkroom on the side of our house which I would sometimes be allowed to play around in and make shadow prints when I was small.
Even from a young age I was intrigued by my Fathers profession and, despite being miles apart in approach, both our photography revolves around sport. So perhaps I absorbed a love for the subject subconsciously. 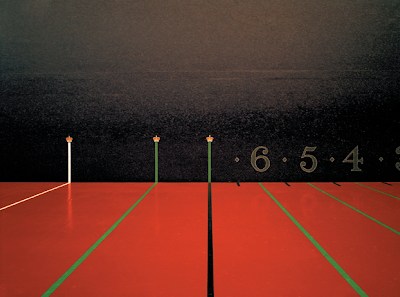 Am I correct in thinking that you created Courts as a student? How did you come to create the project?

That’s right. I started Courts as a photography student at the University of Wales, Newport but continued to develop the project as I matured as an artist and image-maker.

The concept behind Courts was to create a project initially looking at space but specifically spaces that people chose to encounter, visit and inhabit. 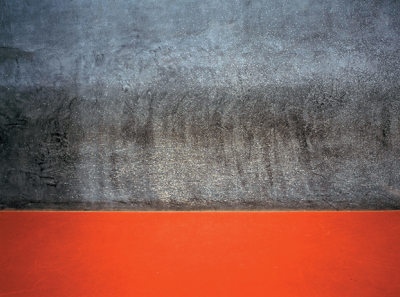 Can you tell us about these courts in particular? 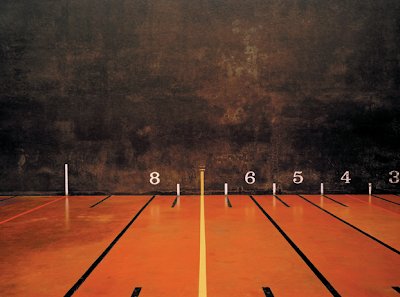 Your imagery straddles the line between photography and painting, where you influenced by any particular painters?

I love the notion that my work straddles any line between photography and painting. I always find working with light and the results you can achieve with a camera truly fascinating.

I’m yet to be directly influenced by anyone in particular but a broad range of artists including Bacon, Ritcher, Gursky and Martins have had an impression on me.
Mainly, I’m inspired by any artist from any genre who is’nt afraid to push the boundaries of their medium. 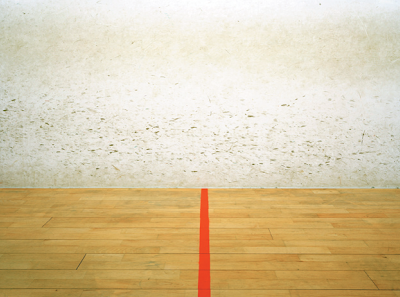 I was struck by how similar the marks from the balls are to brush strokes, and how much it enriches the work to see evidence of time and human interaction with the space—did you feel this when making the work?

Yes. Each court has it’s own individual characteristics and historical background, some more than others. There is an overwhelming sense of time and human trace enriched in these prestigious environments. This was an integral part of my image-making process. 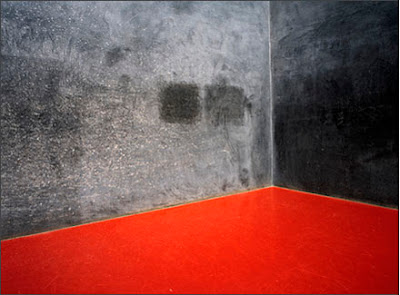 Did you have any idea where Courts would take you? Were you prepared for all the amazing opportunities and recognition that was (and is) coming your way?

I don’t think you can ever really prepare for what the future has in store. I genuinely try to take each day as it comes and am extremely grateful for any recognition. I just love honest image-making and can only hope people enjoy my artwork. 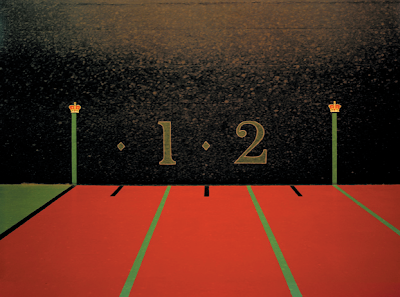 You are currently persuing your MFA—how do you balance current success and making new work?

Planning and a hell of a lot of to-do lists. I love to keep busy with lots of different projects but I try to dedicate at least one day a week to my own photography. 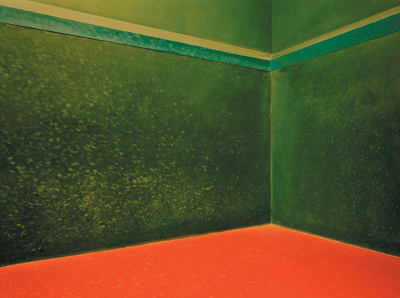 I am currently juggling between finishing my next major series Walls, that should be complete by the end of the summer, and experimenting with some new approaches.

Future projects are going to include elements of using photography to create visual vehicles, a combination of photography and sculpture.

I’m also the co-rater and Editor of a new photography publication called Splendid which catalogues an annual review of pioneering British photography which is planned for release this summer. 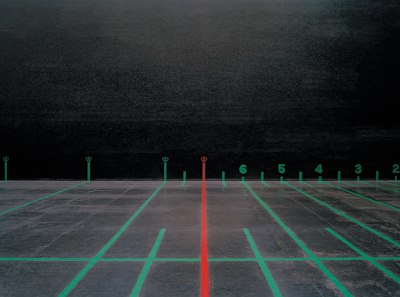 Competitions and submissions were very useful when I first started. I also think it’s really important to prioritise shooting and spending time focusing solely on developing your own work. 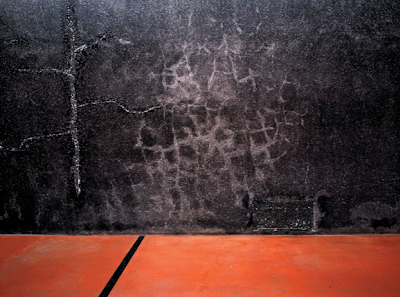 Once and found the feedback useful. 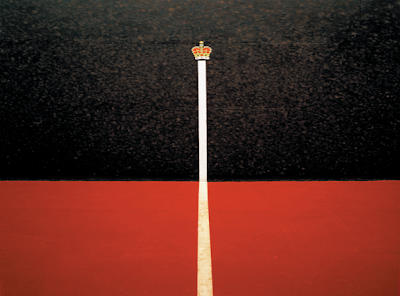 There has been periods where I find it extremely difficult to make time to shoot but then I have the opposite when I don’t have enough hours in the day to get all the ideas I have in my head down on paper. Creativity comes and goes and I just try to focus when I am inspired. 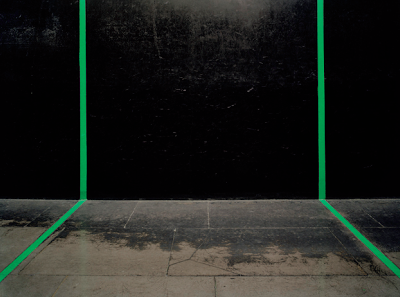 Any thoughts on being a reality art star?

I have never considered myself a reality art star. I love taking photographs and enjoy the opportunities that are thrown my way. 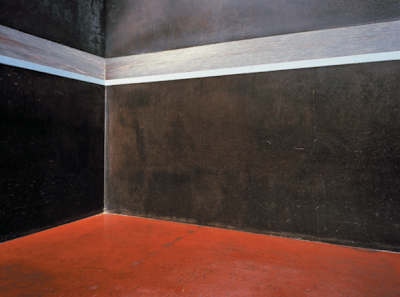 A day with my girlfriend, cycling and wandering. 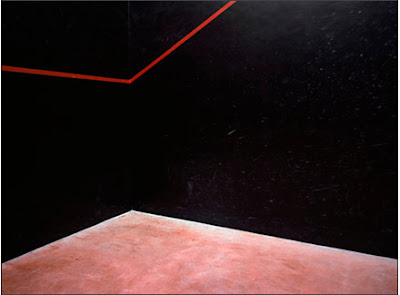 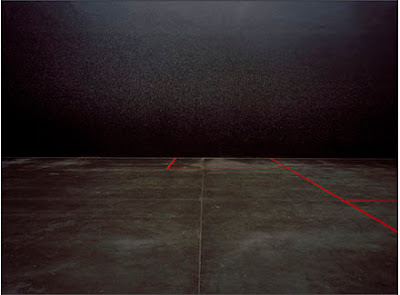 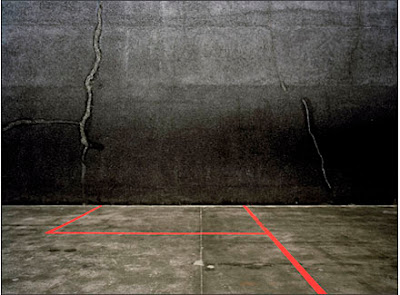